I didn’t expect much of a squash harvest this year since the blossoms kept aborting early on, I assume due to our record early hot weather. But the vines were vigorous, healthy and I hoped some fruit would make it. At some point I spied some orange here and there so it was possible. Most years it’s a tough race to maturity before freezes. But this certainly wasn’t “most years”! Last month when I got in there to see what was there it was quite a nice surprise - 17 nice, ripe squash avg 5# each. Plus 6 more that were close but not quite there (and I’ve learned there’s no point in harvesting those not fully matured). But the weather could warm back up (it did) so I double blanketed those left to see if they could make it thought the low 20’s freeze. They did and two weeks later I picked them, now ripe, 6 squash to a total of about 115 lbs of beautiful orange squash! And no way to get the extras to the people I usually give squash to. We’ll be eating a lot of squash this winter!

This is an unstable maxima cross I’ve been growing for 4 years, a very nice sweet smooth orange maxima, from a single small orange squash given me by one of the Farmers Market vendors. He later said Mooregold but based on the original and what grew from the seed it was more likely Golden Nugget, crossed with unknown in his fields and likely crossed (later) with an early green buttercup in my garden. This year they all had thick BC stems but the bottoms continue with a mix of shapes from flattish to a teardrop shape, most with some green color around a small button (no cups). Great sweet smooth flavor which we really like. And they mature. I’d really like to get to a smaller size though.

I have found with these as well as the former buttercups that I’d grown for years that they really need some storage time for best flavor and texture. After their 2 wks cure at warm temps (in the kitchen since we don’t have warm enough temps outside this time of year) they certainly are edible but not at their best for another month. Not that it has kept me from cooking two already! The only place I have to store them is the pantry which is about 50 deg right now (great temps for the squash) but will head down to about 40 as winter arrives, a little too cold. But they usually last just fine into February. Sue 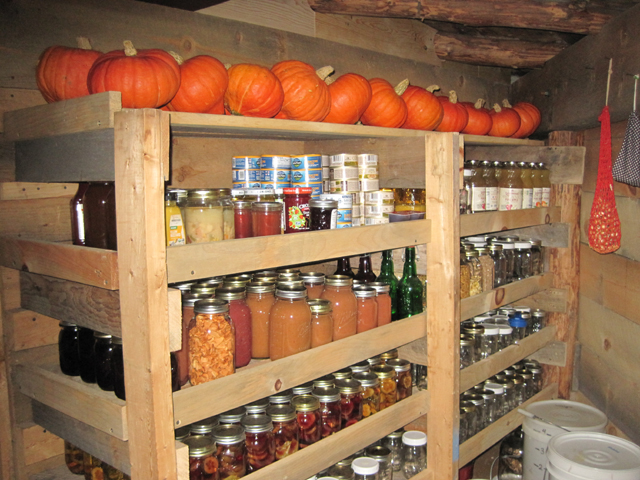 I grew Long Island Cheese for the first time this year. Good to know what to do with it. Do you freeze the puree?

You can, yes. We freeze in freezer bags with 2 cups per bag so that we know what we are getting when we pull it out. It also lasts in the fridge for about a week, so with that one pumpkin, this week, we made two pumpkin pies, pumpkin pancakes, pumpkin muffins, several pumpkin smoothies, and my wife is making pumpkin bread today. We will still have several cups left to use for the weekend.

@Sue-MiUPz3
Nice pantry and a lot of work!

My Squash
Lower Salmon River
Seems to have hybridized with a neighbor squash.
I’ll cook one soon, and report back.
Could still be good---- or not. 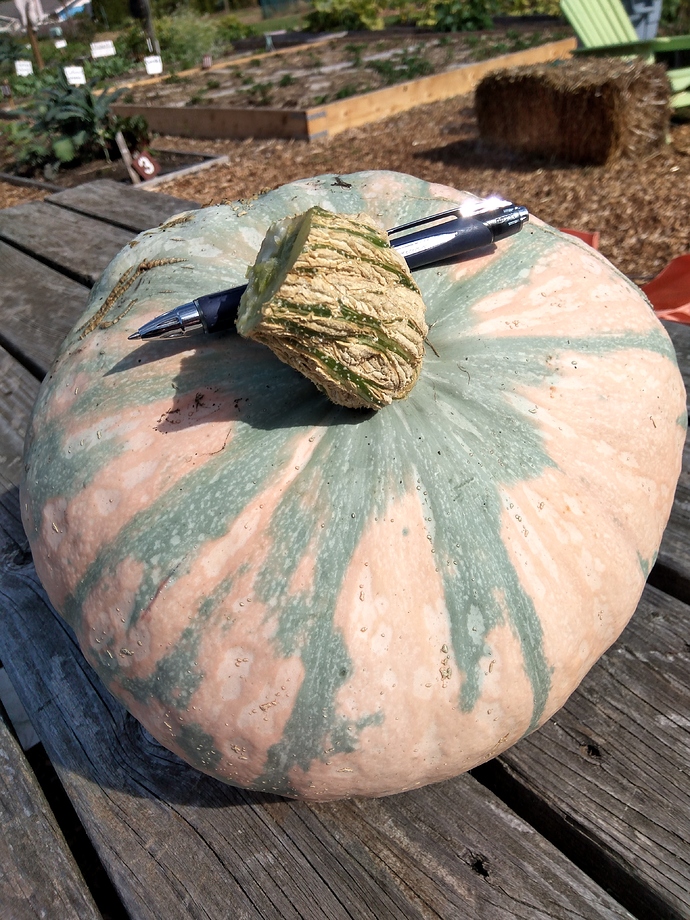 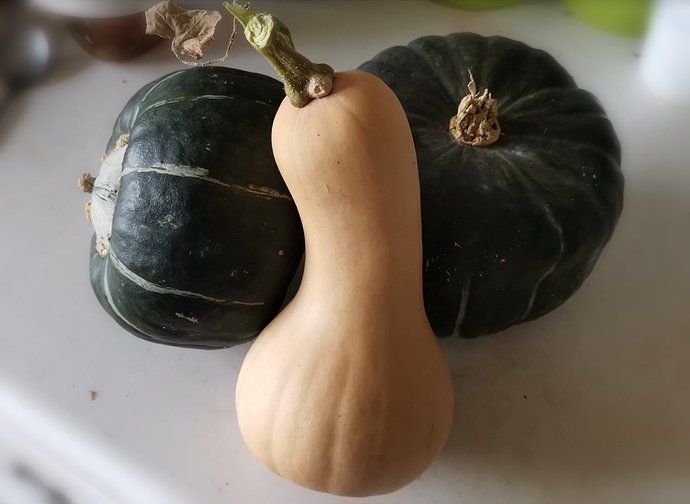