Not good for fruit trees at all. I have one peach that is days away from full bloom. Plums are swelling too. We will have several more freezes before April. If mine are about to bloom the commerical orchards around here probably are too.

Scary! Things are wierd, no doubt about it. Good luck.

So I suppose the trees get a rest when the blossoms freeze. They deserve a break at times, no? Think of all the robust orchards we will have!

Going to be difficult to make it Feb/March/April

The silver maples here seem like their flower buds started to swell today. I’m not sure if they are quite to blooming yet; I couldn’t tell from my car. I will have to investigate tomorrow. Lots of winter left to go…

@warmwxrules - What do your weather prognosticators say about the long term forecast?

Mild to warm the rest of this month…but who knows what March will bring. The cold air compared to norms is on the other side of the planet. I suppose that could come over and get us at some point before spring… Then again…maybe we can sneak by, but it only takes one outbreak.

The only good thing is it has been so warm that the trees that are in bloom are getting plenty of bees. Last year they bloomed early and it turned wet and cold. I had very little pollination of plums.

The outlook for the 2017 growing season doesn’t look good so far. I was hoping to finally start getting measurable amounts of fruit this year. Cross my fingers is all I can do

My trees are on 4 year and loaded with buds. Was having high hopes for them. Apples look to finally be getting into production too. Hopefully they will hold off a few months. I may have to seriously think of going fruitnuts direction and build a greenhouse.

we’re expecting 80 today, noticed the bees were out this morning on the meyer lemon…Besides the blueberries, which some have already set fruit I don’t have any blossoms yet on my other fruit trees…I’m sure it’s probably just a matter of days at this point. 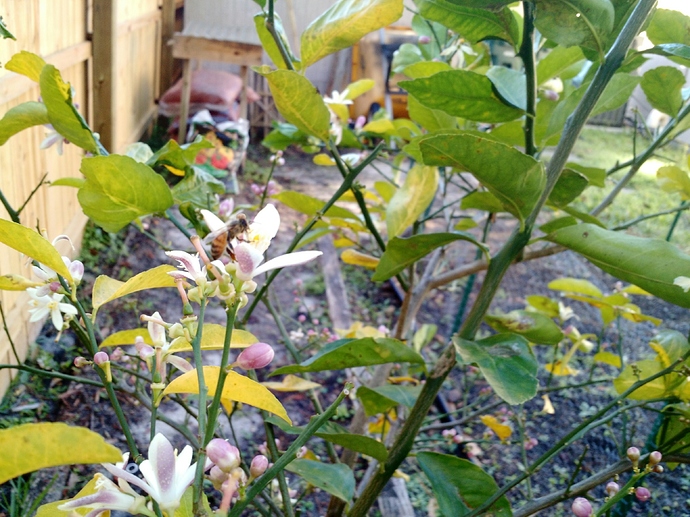 Going to be difficult to make it Feb/March/April

Indeed. I won’t be surprised if we have multiple hard freezes after things start blooming here in VA.

Several of us used KDL and System Cal by Agro-K for frost protection last spring. I spayed it on my peach trees that were in full bloom during a late freeze. It probably helped, I ended up having a full peach crop. Pretty sure it can be sprayed on apples as well and is not very expensive. There are some threads on the subject from last March if you want to learn more about it.

Chris. I’m actually moving next month or I would try that this year. I’ll still have access to these trees but I’m starting a new orchard at the new place. I may keep that in mind for the future. Here is one of my peaches. 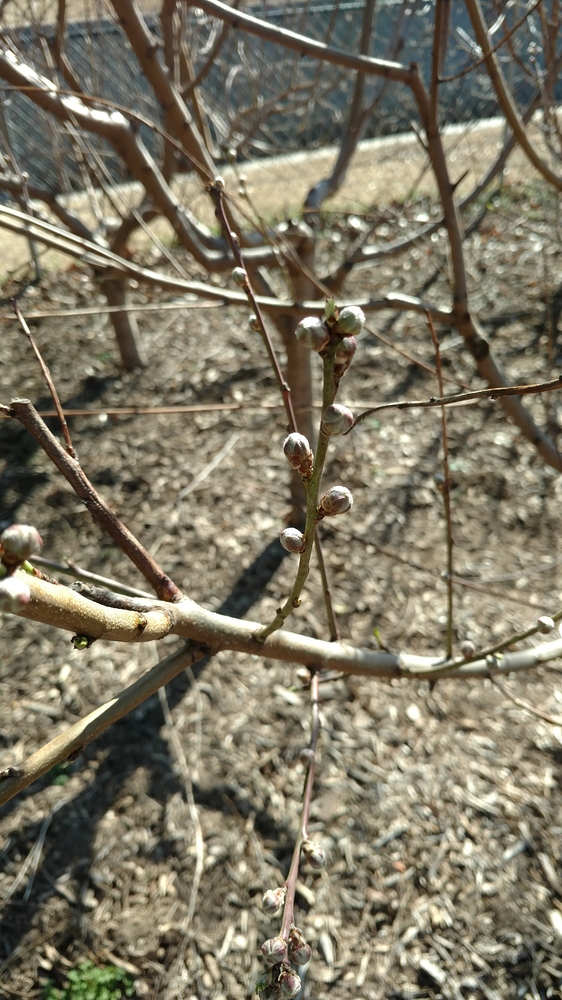 I may have to seriously think of going fruitnuts direction and build a greenhouse.

Best money I ever spent. Your dew points and summer heat is worse but I still think you could do it. Drew is making it work in Dallas and very well it seems. Funny how Texas has the only two greenhouse fruit production systems so far. That’s due to our sorry weather patterns. Near 90 here today and 30s for highs on Monday.

I don’t think I could go as big. Maybe big enough for a few peaches and plum/pluot. Apples seem to hold off bloom long enough here. The stone fruits don’t. I really just want peaches to make it.

Drew is in Dallas? Is that wildscaper? Good I can copy him. Don’t know how to keep a greenhouse cool in aug in dallas

My older brother drove north of you yesterday on I-10…lots of rows of pecans (he thought) and he had 87F at one point. Said San Antonio traffic was nuts (took 2 hrs to get through it)… he’s along the gulf coast right now (heading to FL).

Lots of water and fans and shade cloth? i’ve seen those big fancy commercial greenhouses that the roof can open…but they must cost millions.

Drew is in Dallas? Is that wildscaper? Good I can copy him. Don’t know how to keep a greenhouse cool in aug in dallas

It would be nice if Drew, wildscaper, would post about how he keeps his greenhouse cool in summer. I think it’s big and part of part of the Texas State fair.

Mine is easily cooled by evaporative cooling. We rarely hit 100F at 4500ft elevation and dew points seldom exceed 60-65F. When it’s 100 the dew point is usually 40-50F. That makes cooling easy.