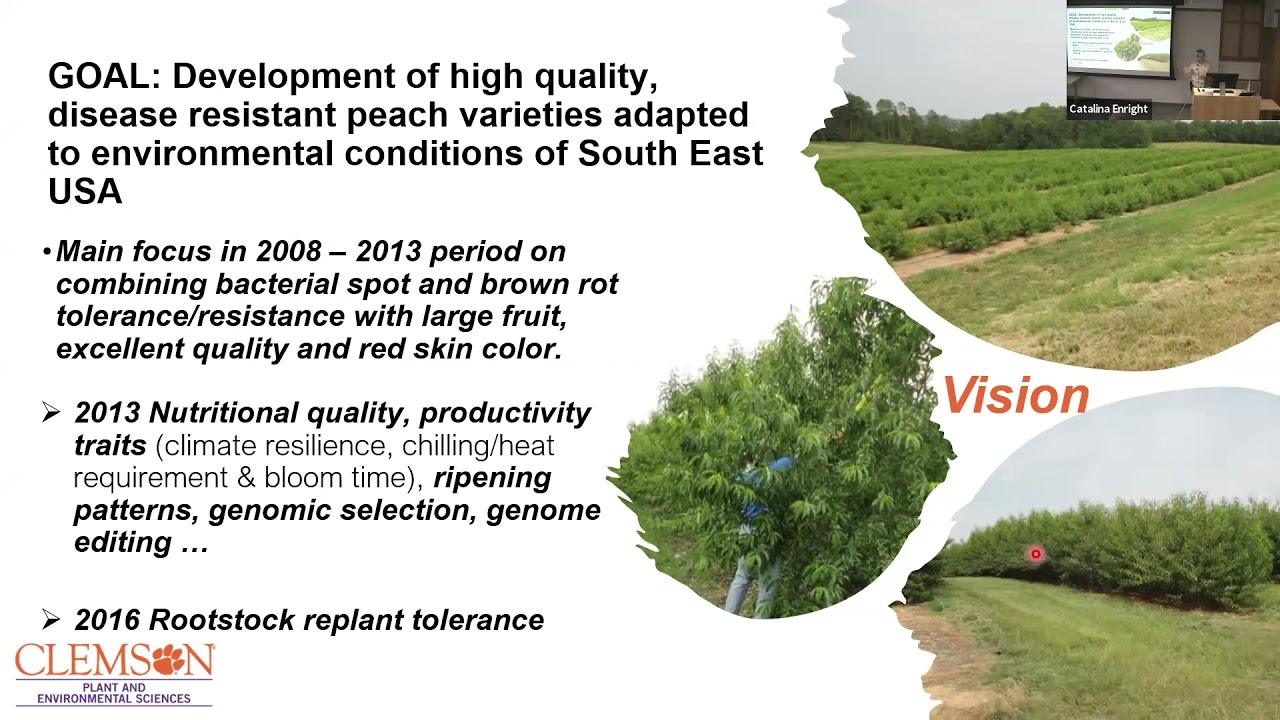 Clemson’s peach program was restarted by Dr. Ksenija Gasic in 2008 and hasn’t had a release yet. She’s been working on bacterial spot resistance and brown spot resistance. A grad student of hers found genetic markers for bacterial spot and they’ve been using a test for it to cull plants out of their program. Same story for brown rot but it’s polygenic with ~14 markers associated, and resistance is from a brazilian landrace that’s rubbery and not very colored so it’s been a long process to get enough of those markers into colored, melting fruit.

Breeding programs can take 15+ years to start to release anything. She now has one advanced selection near release. Once the pipeline is filled up we can expect more frequent releases. 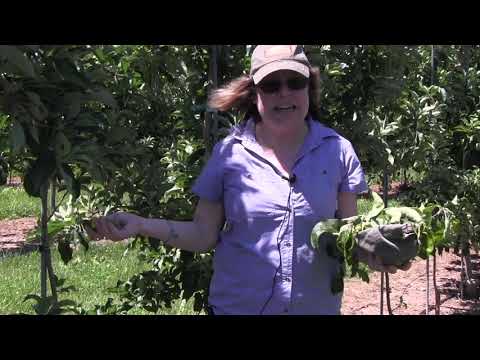 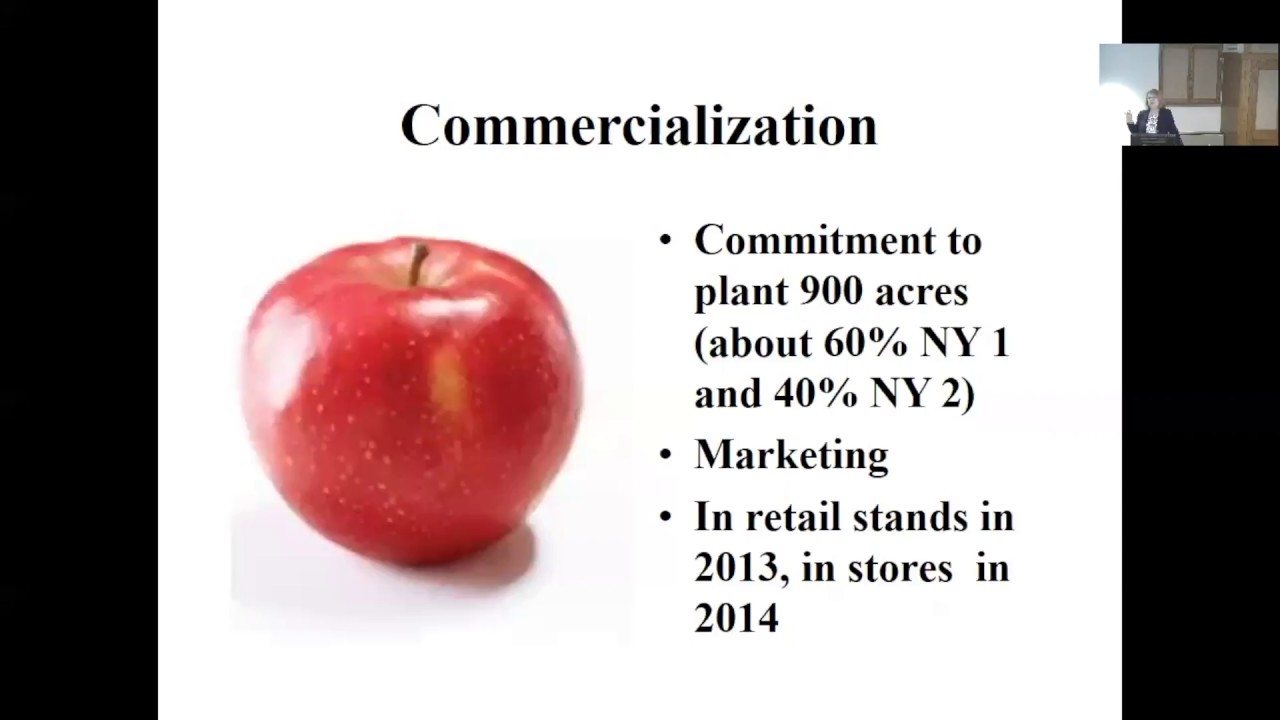 Dr. Susan Brown has been working on tree fruit breeding at Cornell for a couple decades. A couple talks about some apple breeding stuff.

A lot more Clemsons are needed.
Be interesting to keep up and see their progress. 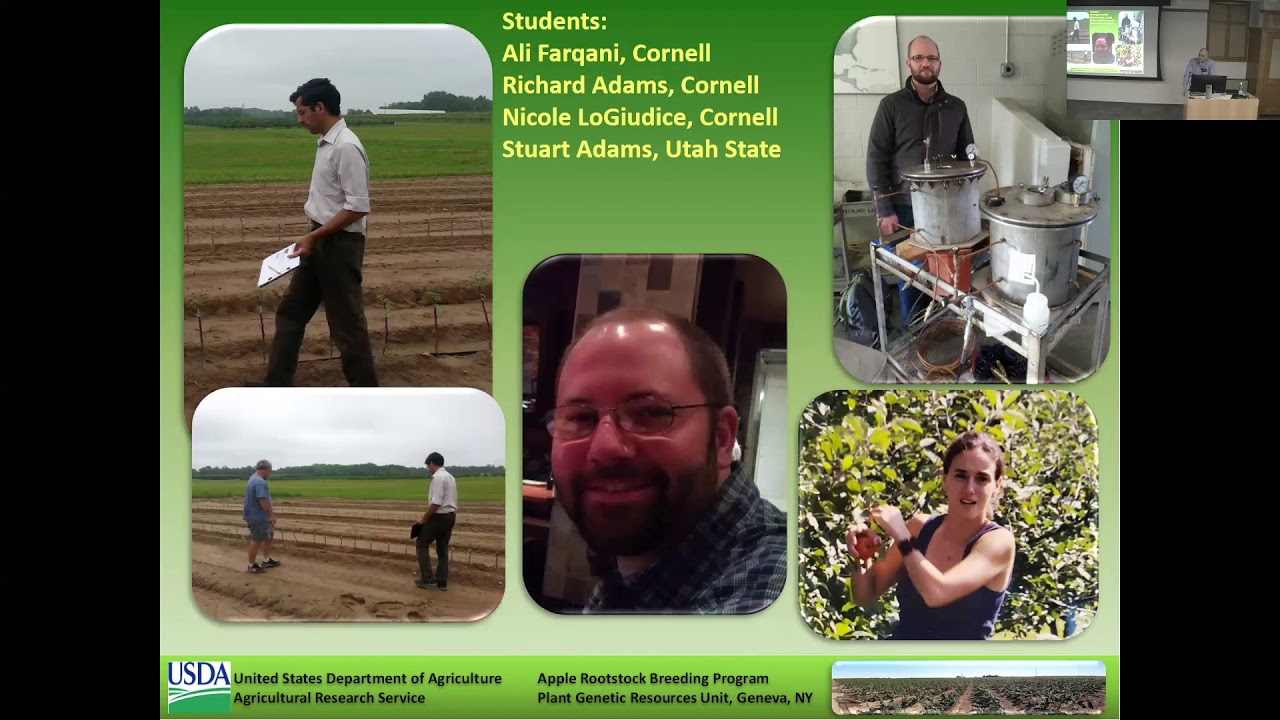 main takeaway is, wow these things take a long time to release 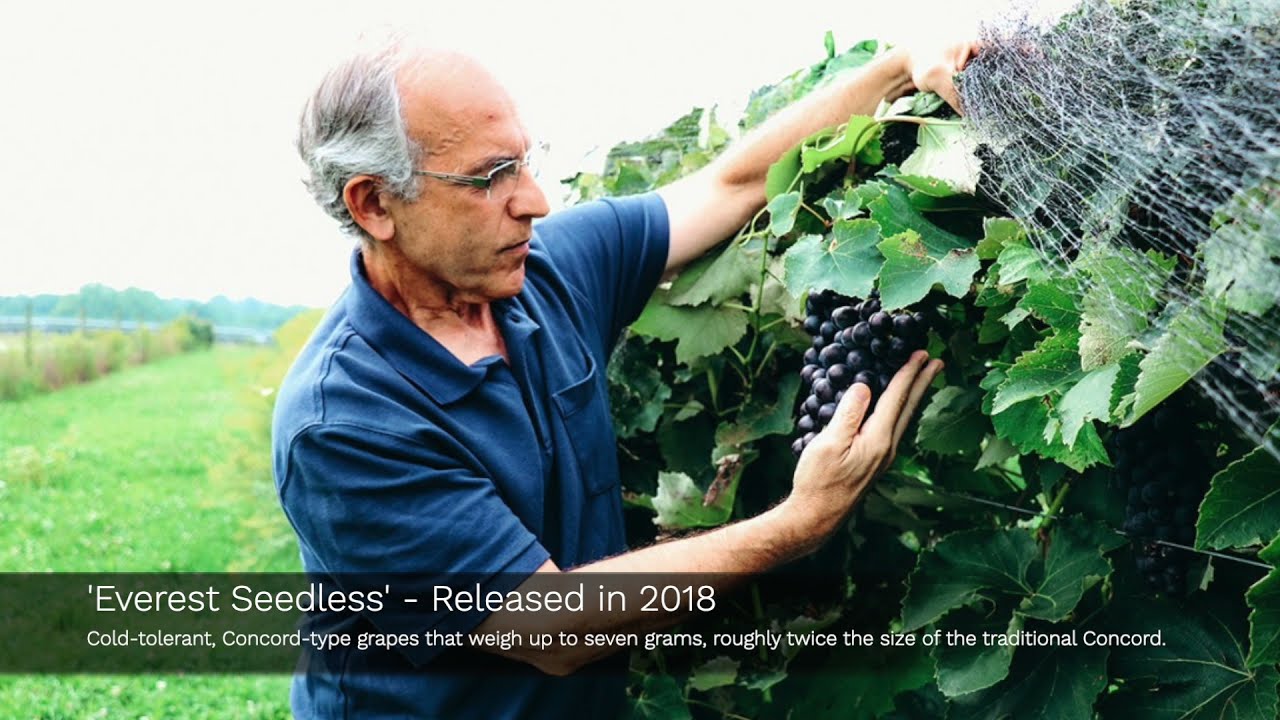 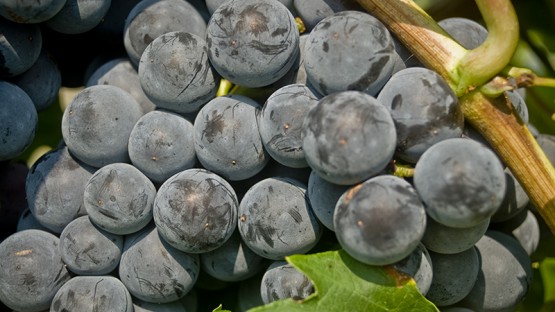 Everest Seedless, the newest offering from Cornell’s grape breeders, is a big, bold fruit that comes with a towering history.

not available to me for a few more years because of exclusive licensing, but on my radar now

Thanks for posting these! My main reason for not growing peaches (although they would be at the top of my list) is lack of disease resistance. I’m betting this one will make a big wave if it is successful in the breeding goals.

That’s great news for the peaches. Having the genetic markers identified should speed up the breeding process a lot. Once a seedling exists genetic testing should quickly reveal whether or not it will be resistant to brown rot and bacterial spot.

On a related note, I know several state universities in the southeast also have fruit breeding programs focused on specific fruits:

There’s probably others I’ve forgotten about or missed. Some things I wish someone would work on for the southeast

Perhaps someone is working on these and I’m just unaware.

I don’t believe any university south of the Mason-Dixon line is working on apples. U of Arkansas might have at some point in the past.

Michigan, Michigan State, Minnesota and Rutgers I think have current programs … Minnesota being the most active, most successful, longest running.

the thing that stuck out to me was one of the genetic tests she mentioned was now $1/cull. that’s incredible! it makes me want to keep watching and waiting until I can work with this stuff in my greenhouse where I could do a couple thousand liners a year

2012: Peter Cousins “Exercises in Grapevine Breeding and Genetics”
he lists some oddities found while developing nematode-resistant rootstocks. I don’t know much about grape breeding but some of the population study results were pretty neat 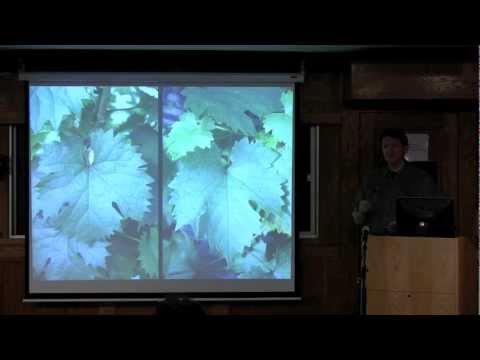 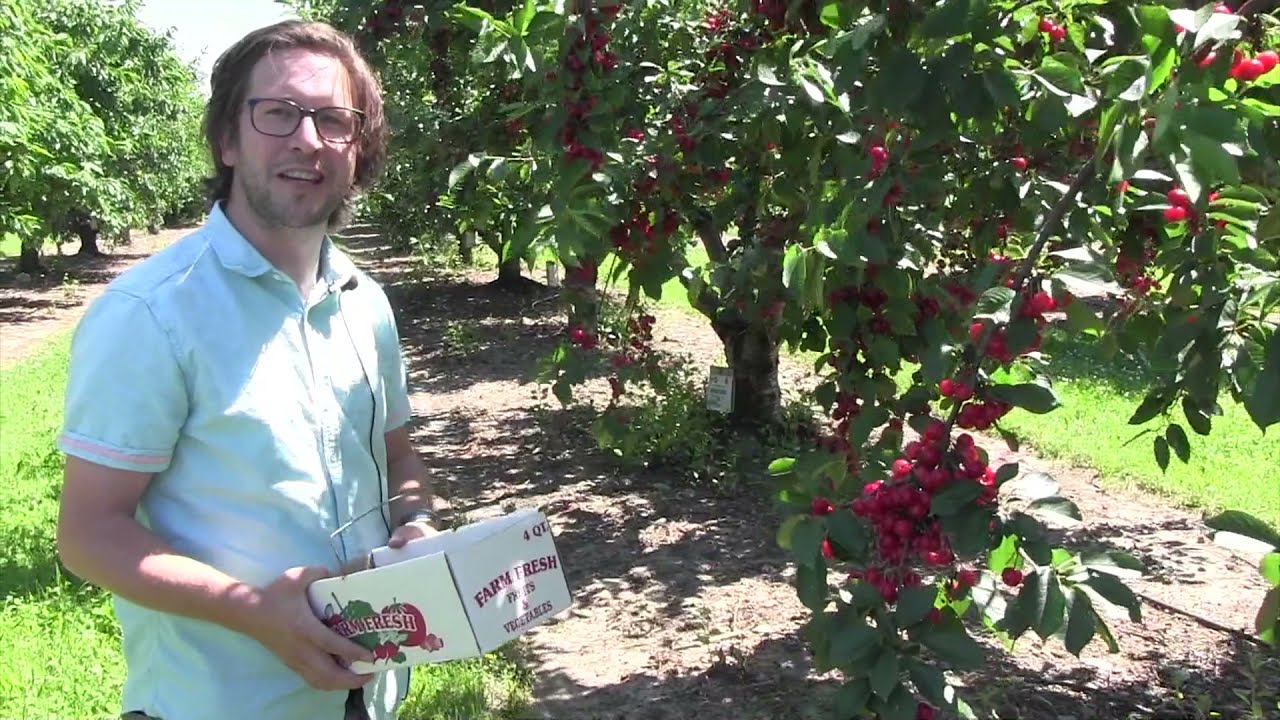 I know a bunch of people on this site have gotten scions from here. great short overview. highlights: surefire cherry vs. montmorency. about 500 scion requests a year. reintroduced wild apples back to kazakhstan

2021: Jim Luby “Apple Breeding at the University of Minnesota” 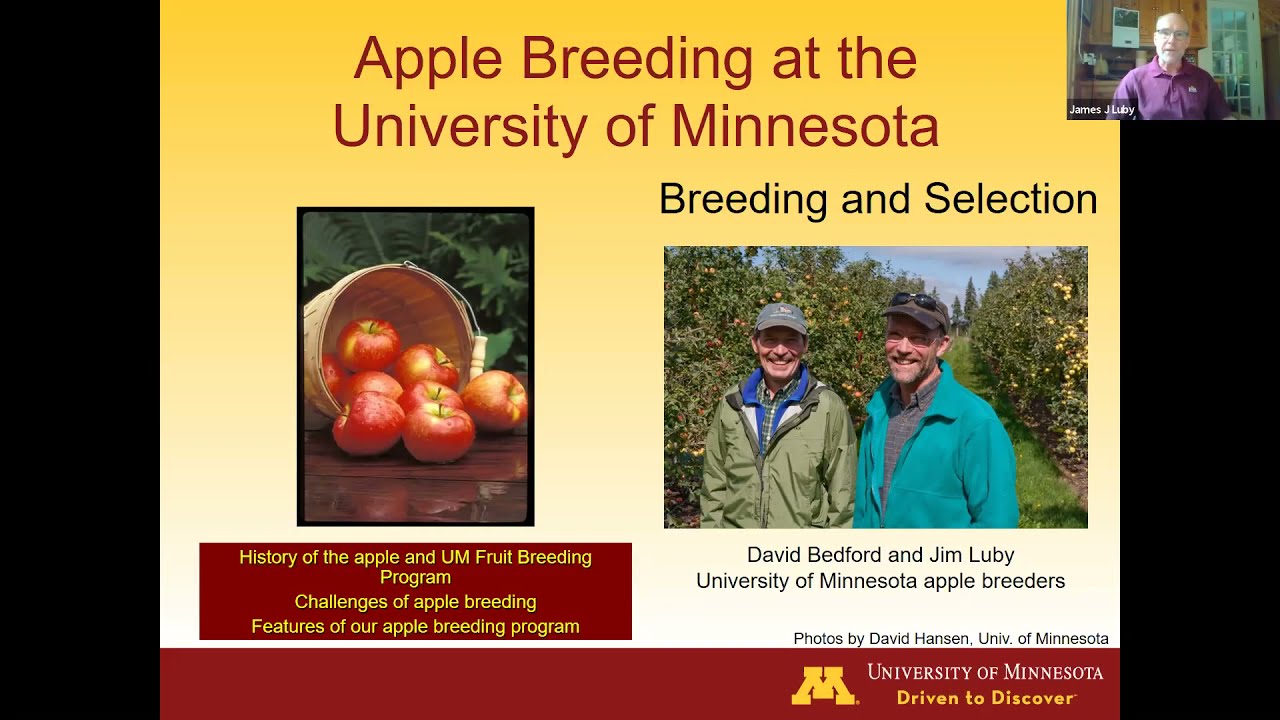 their program might be growing out 20-30k seedlings at any time, and breeders may need to taste ~500 apples a day in order to end up with one named variety every few years

Here is a video about seedless muscadine breeding at the Univ. of Arkansas. The first third is about breeding and the rest is about vineyard management and questions. 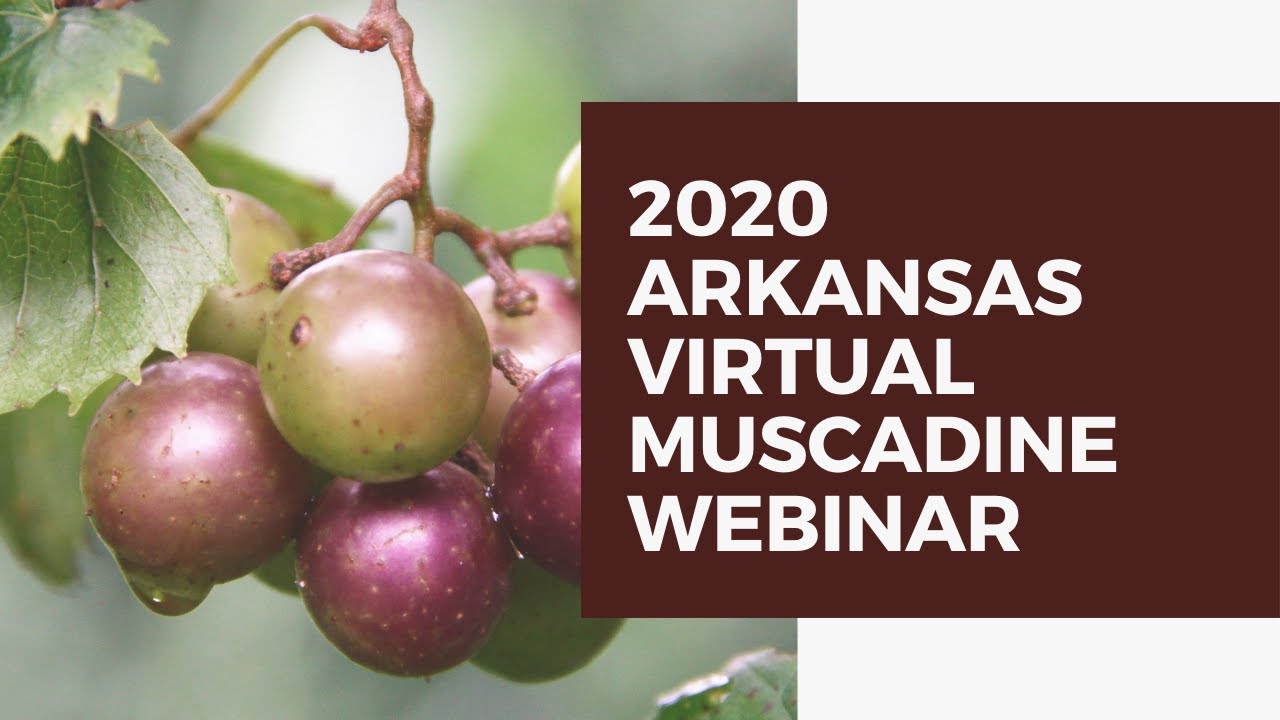 thanks that was great. I liked their admiration for Jeff Bloodworth trying for 30 years to bring in seedlessness and finally getting it. I didn’t know he had that breeding agreement (he has a patent on a method of seedless breeding through 2035)

not breeding efforts - just good videos on washington state’s apples, pears and cherries. the cherry video reminded me that I’d really like to find PC7146-23/“chelan” (early) and 13S2009/“staccato” or SPC 103/“sentennial” (late self fertile) for sale but they aren’t really a thing in the retail trade yet 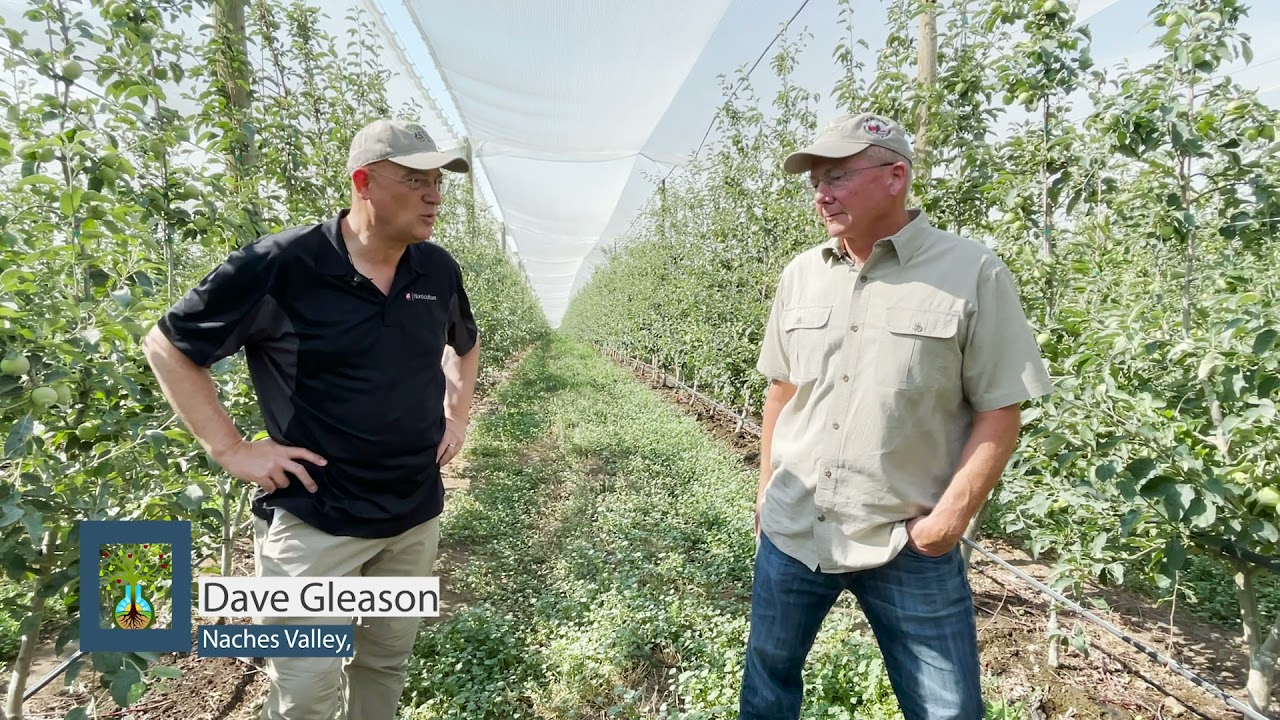 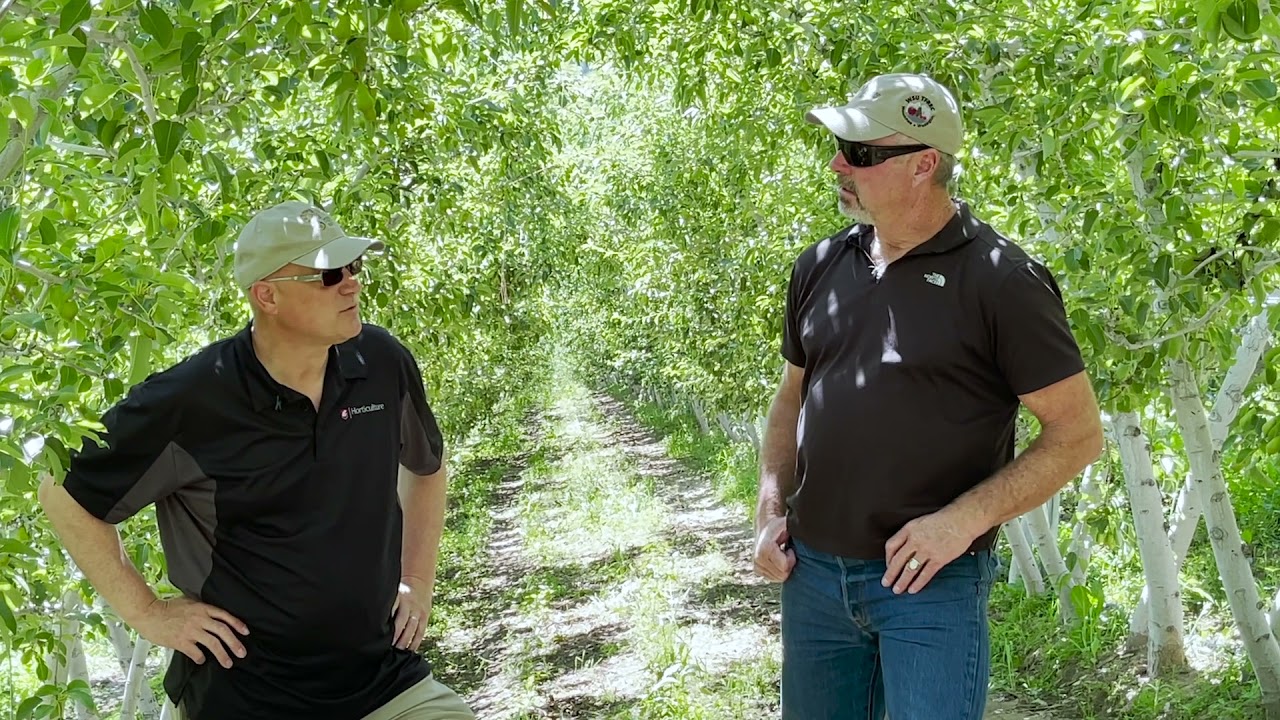 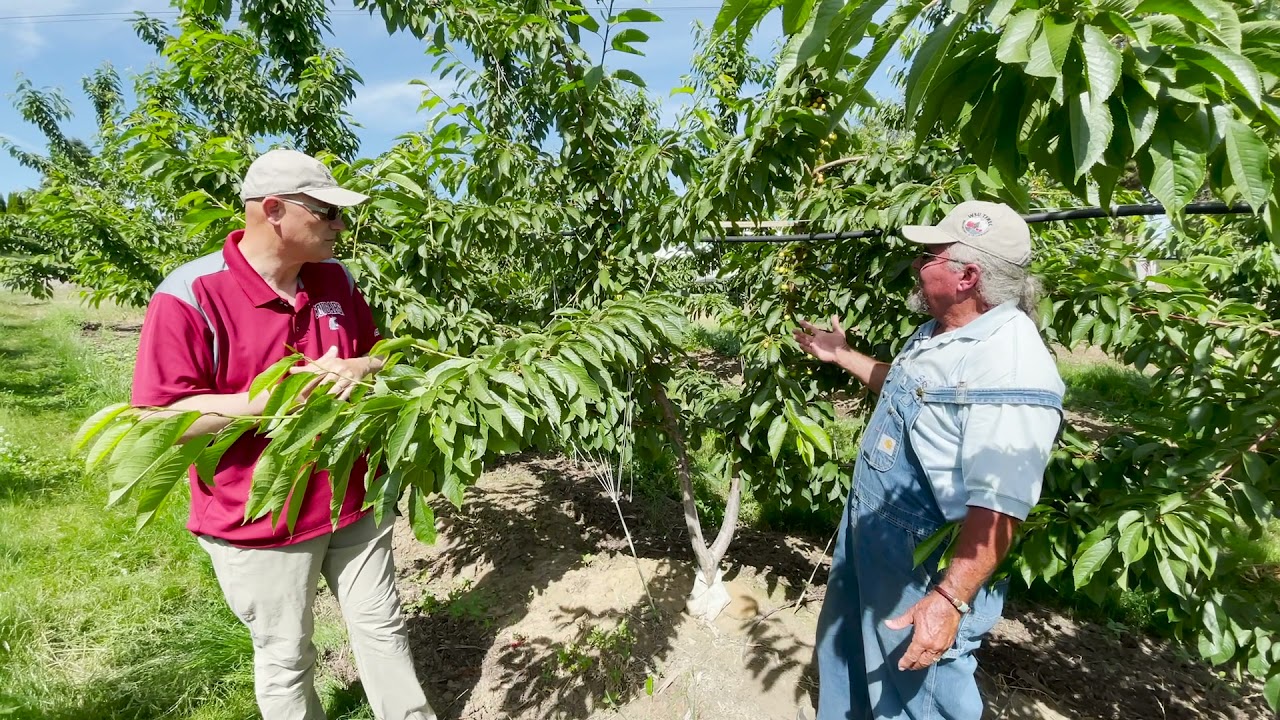