I like this article. Maybe there’s something that we all can learn from… 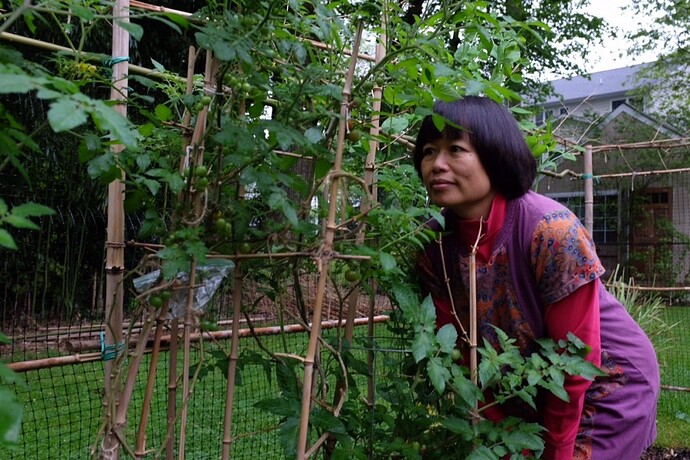 This gardener has the secret to tomatoes in May. (Hint: It’s not a greenhouse.)

After trial-and-error all over the world, a diplomat’s wife doesn’t follow the usual horticultural calendar.

I think the title of this article is disingenuous. Although she did not use a “greenhouse” specifically, her plants were started in July and raised over-winter indoors, then set outside to produce in May. Further, this woman is an diplomat’s wife and has the time and resources that go with that role.

Not many diplomats’s wives would bother to plant their own food or worse, to get their hands dirty. I give her credit for doing both.

I guess you haven’t known many.

Hey, Richard, your Dr. Evil is showing (badly)! It is a lovely story. The woman, regardless of diplomatic status is true to her culture and yes, she ferried her plants in and out of doors all winter long, however, why put down any member of our forum by saying (re: diplomats “i guess you haven’t known many.”). That is simply bad form and rude. One thing you do not really know, is the background of anyone here. So you never really know who you are adressing. Just be kind.

your Dr. Evil is showing (badly)!

I guess so. In my mind I wasn’t putting down anyone and I’m sorry if someone was offended. I spent most of my life conversing with academians about points of fact and never did we take differing opinions personally.

PS. . . the Academians I have known are polite. Does Academia give one a license for no manners? Your apology is appreciated.

That’s a neat idea! I’m gonna try sowing tomato seeds in late summer here. Problem is, I’ll be swimming in tomatoes by then and the last thing that’ll strike me is to grow some more!

My thought was how does she keep the spider mites off those when they’re inside all winter??? Maybe mist them with water every day.

My thought exactly. I have a heck of time keeping them off of my gh tomatoes. I have to spray with neem pyrethrum every seven to ten days. Maybe they aren’t as bad in the winter but I doubt it.

Took cuttings and rooted them in water one fall and just left them in water all winter with no problems, then set them out in the spring. I tried this again a couple of years ago with a tomato I really liked but lost the tag on, but the cuttings would only rot in the water. I don’t know what I did wrong.

That’s a very good question as my overwinter plants was infested with spider mites and very hard to get rid of. Anyone has experience with it?

Maybe they aren’t as bad in the winter but I doubt it.

Spider mite reproduction rates are very temperature dependent. So if she keeps the house cool and sets them outside every day possible, that will help a lot, still…

I have been a gardener and around serious gardeners my whole life, but she is the first one I’ve known who actually overwinters tomato plants that she starts in summer. I’m not sure there is an advantage to that over starting them indoors in the early winter, but it is very inventive. I’d love to meet the woman- she does sound uniquely gifted as a gardener.

As far as taking license by saying no greenhouse was involved- this is a human interest piece and creative license is certainly permitted and even appreciated by me. She did start the tomatoes out of doors.

If you want scientific horticultural writing join the ISHS

I’m not the wife of a diplomat. I don’t have an actual greenhouse. I’m really not a great veggie gardener, but I’ve managed to have at least a few tomatoes and peppers every month of the year by bringing the plants in with my citrus, and shuttling the tomatoes in and out with the weather. Peppers just stay in a sunny window area.

I’m certain hers are much nicer than mine. I only do it for the happiness it gives me to pluck a few fruits now and then.

Didn’t I read that you start your plants that you over winter from suckers from your current seasons plants or am I wrong about that?

You’ve got a good memory!

Suckers or even the main stem. Tomatoes like to make roots wherever that stem gets an opportunity. Not all of the ones I’ve over-wintered have been planned. Sometimes they have leaned into containers sitting nearby and rooted themselves.

Yes mine that I grow in the gh start initiating roots at random times at random places along the stems just in the air not even when they contacting soil! Your system seems like a good one for sure.

I’ve tried many dif ways to get early tomatoes. The one that works best for me is to sow seed for early varieties under lights inside in Feb, xplant to qt pots to grow on and set out when soil warms. I may shuttle in and out - qt pots are not that heavy. I picked my first tomato of this season yesterday. I only grow yellow tomatoes. 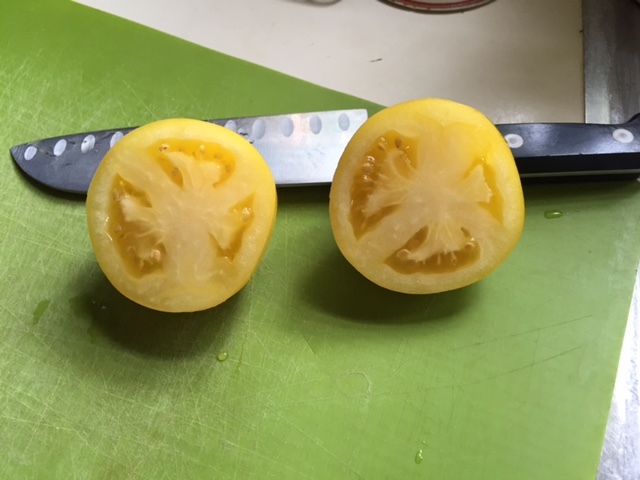