Any experience with bionutrient.org/JohnKempf out there?

I’ve been taking in some of the info from bionutrient.org and John Kempf (AEA)…

Has anyone out there got any experience with the methods they are espousing ? that ultimate nutrition wards off disease.

I’m a firm believer in this concept. If you watch the AEA YouTube videos you’ll see it is backed up by lots of research that John mentions, his personal successes with his consulting, and the experiences of many others he interviews.

Personally, after thoroughly studying John’s work, and the videos from the BFA, I sent off a soil sample to Logan Labs in Ohio in the fall of 2017. It showed my soil to be deficient in sulfur, copper, and boron. I added the amounts necessary to bring my soil in line with ratios suggested in the BFA ‘workshop’ videos. I have never added any lime, or NPK fertilizers.

Last year my garden was completely free of disease and insect damage, while using no pesticides or fungicides. My tomatos, green beans, zucchini, showed no signs of blight or powdery mildew, and produced right up until they were killed by frost.

I also practice no-till, use composted manure and hay mulch, plant a very diverse mix of flowers, and use cover crops. My soil has changed from orangish brown sand to black soil with roughly 3x the organic matter, and shows all of the signs of being very biologically active.

Also, in 2017 my apple orchard consisted of 20 trees. A few varieties, like Honey crisp and Zestar, were severely hit by scab. One of the AEA videos detailed their use of Cobalt to fight scab. I purchased a Cobalt foliar spray from them and have used it the past 2 years. This past year I had no evidence at all of scab on any of my now 100 apple trees, which consists of 50+ varieties, many considered to be susceptible. I did have a handful of trees that showed a touch of CAR, but not enough to worry about.

In addition, the Chafer beetles and Japanese beetles completely avoided my apple trees, settling for a few black cherry trees growing wild on my property line.

My orchard should have a couple dozen trees producing more than a handful of apples each this year, so this will be a big test.

What are the methods? The homepage doesn’t really mention anything specific.

To start, find the BionutrientFoodAssociation channel on YouTube. Posted 3 years ago, there is a 9 part series titled “Workshop: Principles & Practices of Biological Management’”.

Then go to the Advancing Eco Agriculture channel. " Plant Health Pyramid" and “The Role of Micronutrients in Crop Health and Disease Resistance” would be the first two videos to watch.

Both channels have a number of other informative videos on a wide range of relevant topics.

Sounds like great information. I will check these videos out. TY for posting this.

Thanks for posting…its always good to get a data point. we have 30 trees of mixed types so i’m not sure how I implement their technique. I’ll give the AEA folks a call after the holidays to get info.

I’m trying to find the research connection to the company. Anecdotes are fine but in my years of growing things for a living it has occured to me that there are a lot of people who have found it more profitable to sell snake oil than produce- whether through organic or conventional venues.

Can anyone provide me with independent evaluations of this company’s claims? The idea that plants are equipped to protect themselves against pests as long as the precise balance of nutrients are available to them sounds like fiction to me. Of course healthy vigorous growth helps overcome disease and often allows plants the energy to defend themselves, but I doubt that they require such careful monitoring of every nutrient in good soil to do this.

I’m always suspicious of video driven marketing. Text is so much quicker to evaluate and is the more scientific approach towards communicating information precisely if we aren’t talking about actual physical activity, like pruning.

You know what they say about “If something sounds too good to be true”.

Of course, if their methodology works as well as claimed it will shortly become the industry standard. Farmers aren’t stupid and results such as those suggested would be pretty obvious in the commercial scale of production.

Peer reviewed studies is what I’m looking for.

I believe John’s systems are based on research that can be found in his recommended reading list. Or you could email them and ask if they have what you’re looking for.

“The mind, once stretched by a new idea, never returns to its original dimensions.” ~ Ralph Waldo Emerson I believe constant learning is an imperative, a

I’m talking about research and papers on research that endorse his claims should be available. It shouldn’t be necessary to purchase books to find the research, especially if it is government funded agricultural research.

There’s plenty of it going on about organic production because there’s a lot of money in it.

Ed Curry is a friend and neighbor of mine. AEA works with Ed. The results speak for themselves. 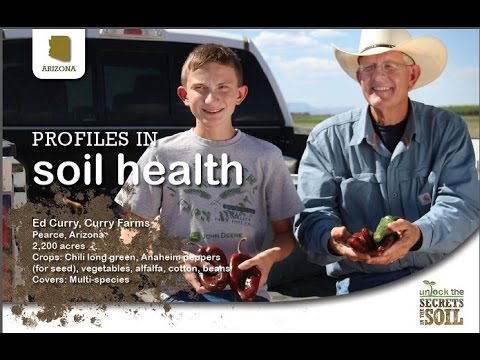 If you are experiencing pests and disease in a place where there is is normally very little, I can see this working. If it were viable on a broad scale, all the big growers would be doing it.
I had a biology professor who told us on the first day of class “If you take one thing away from this class, let it be this: Always Follow The Money. If you take two things away from my class, let it be this: Antibiotics reduce the effectiveness of the birth-control pill.”

This is a show for professional growers and agronomists who want to learn about the science and principles of regenerative agriculture systems to increase quality, yield, and profitability.

I looked through their website and all of it is pretty standard advice that boils down to providing the plants with the nutrients they need to grow while managing environmental variables like water, soil chemistry & biology, etc. You can see their workshop syllabus here.

Getting a couple soil tests done through your local extension office and making amendments on their recommendations will get you 80% of the way there. Not tilling and mulching with a couple inches of wood chips every year will get you the rest of the way. Either way you will still have to deal with pests and disease.

I’ve been reading a lot about rebuilding the Soil Food Web which is about the same thing. By restoring and growing the soil food web, you are basically building a living network in your soil that works through a symbiotic relationship with your plants. In short, Plants feed the “living” soil, and in return the soil feeds the plants. Because the plants are now able to access so many more nutrients, they no longer send out ‘distressed’ type of hormones which attract pests, rather they now produce hormones that tend to repel pests.

That Is\was a very generalized overview, of how I am understanding it.

It Is the same with bacterial disease pressures. When you grow the soil, all the beneficial bacteria and or Fungi out number the bad so they can not infect or take hold over the plant.

The biggest thing here is not tilling the soil beyond and inch or two, which should only be to mix in compost etc and also to maintain a living root in the ground all year via a perennial plant or cover crop, which keep the soil food web microorganisms alive and growing.

YouTube some videos contain ing Elaine Ingham and or from I Am Organic. Awesome Info.

The biggest thing here is not tilling the soil beyond and inch or two,

What else would you do when tending fruit trees, unless you were intentionally root pruning, which may actually be beneficial on vigorous rootstocks, but not with a tiller.

I think the biggest thing is sustaining 3-5% OM in the soil and replacing what nutrients are removed with fruit if necessary. Rototilling damages the structure of some but not all soils, but it does lead to the rapid break down and removal of organic matter, especially in the lighter soils.

A shot of quick release N in the early spring can help fruit size, and quality as well as help assure good yield, but it’s a luxury more than necessity for hobbyists growing fruit in fertile soils.

So. In my opinion, you still manage your Fruit trees or fruit bushes the same, but you do not disturb the soil and the plants \ roots inside. Once you get the SFW built, over the next 6-18 months, the soil becomes unfavorable to weeds and such. That does not mean you will never have a weed, but much less likely to germinate and or grow. So between the soil being unfavorable and the low growing cover crop \ underplanting of compatible crops and plants, the weeds won’t get much sun or nutrition.

Also, aside from a small 1" or so quality compost application in the spring and fall, you can skip feeding the plant with fertilizer lithe plant will get its nutrients from the soil and your bi-weekly or monthly foliar feedings. One of the key points here is that the soil (not potted plants) have plenty of nutrients your plants will ever need, but they are u accessible because the soil is lacking the microorganisms to break it down. That is why you always want to maintain a living root (Trees or Perennials) in the ground and keep.the soil covered. This will keep the microorganisms alive all year which will continue to grow and multiply, thereby ingesting and release all of those nutrients in a usable Form.

Watch or at least listen to the linked lecture. It is worth your time if you really want a base level of info. From there, it is up to you how deep down the rabbit hole you choose to go. 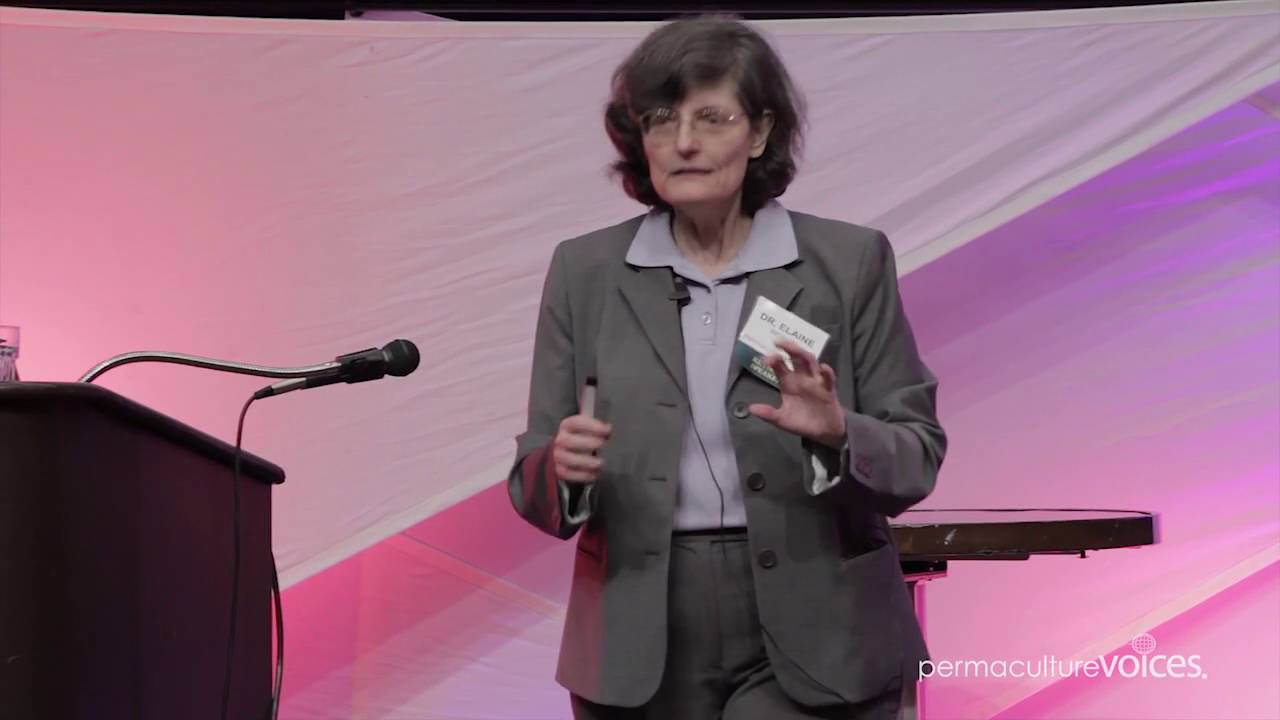 I don’t believe that you can get soil unfavorable to weeds while being favorable to other plants. Even gravel mulched soil will develop weeds after a year or two.

I feel like a lot of methods that heavily promote the “let nature do its thing” philosophy miss the point that the fruit we now grow through mono-culture, selective breeding, grafting and pruning is anything but natural. Yes soil biology is very important, but great soil biology just isn’t enough for the high-performance trees we are all trying to grow. Plants can and do grow very well without any soil biology what-so-ever, just look at hydroponic growing or plants like watercress.

Not a problem. Just sharing the info.

I don’t believe that you can get soil unfavorable to weeds while being favorable to other plants.

Cornell begs to differ, at least in the context of lawns. Grasses provided with some extra N tend to become more competitive with many types of weeds and can also do a better job of holding onto soil. This combined with sustaining a favorable pH for grasses (around 6.5) is the gist of their recommendations.