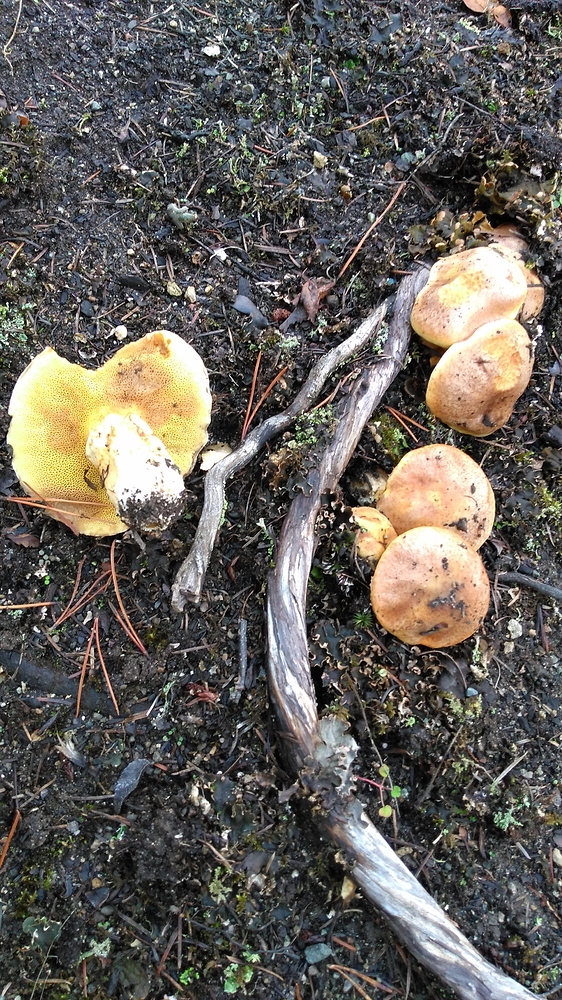 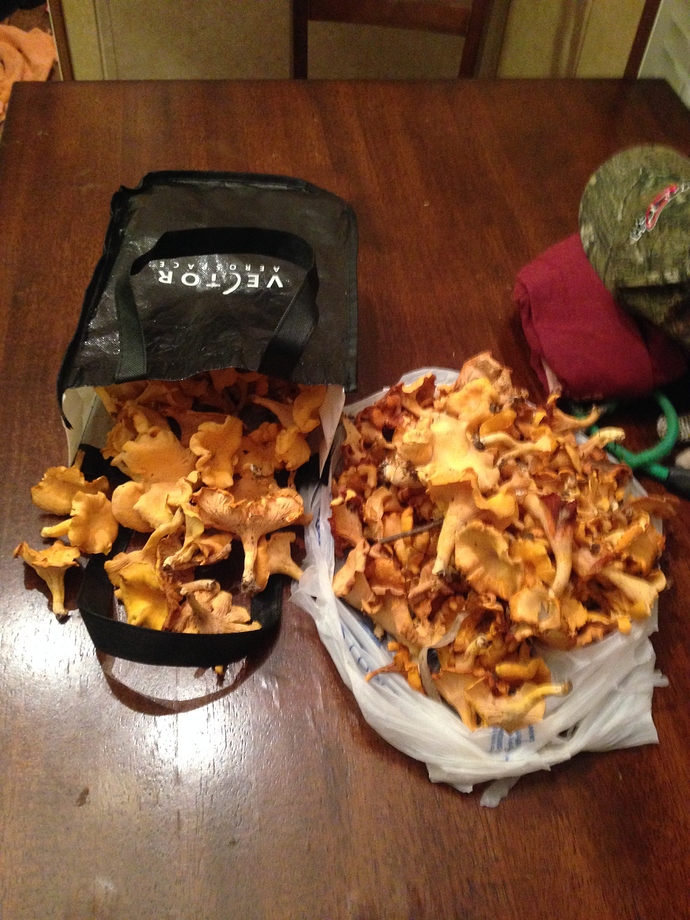 How was you hunt?

In the first two woods, I found only one already taken, but new growth was there (about 4lb) on the other side of the tree. In the third, I found two in ten minutes, each very large (10 lbs). I gave one to a friend (my fishing buddy) who has a pizzeria. With the rest I am good for a year while I experiment with maitake recipes. There were for sure another ten in the fourth, so I could have beaten you! But they really should have been picked 4 days earlier or so, and that is why i stopped at 14 lbs (I think we can consume twice as much). The only one I found taken was one foot from a side walk in a well traveled area. I blanched and froze them, as you recommended, but i tried a batch sauteed and then frozen.

I lost my shiitake logs (40+) when I sold my house a year ago. I still have orchard and garden. From now on, this is going to be the way I get mushrooms for the year (this is so much less work than lifting and soaking logs!). I was always aware of the oak woods (they were on my commute from house to pool in the old neighborhood). The fourth woods is larger than the other 3 combined and across the road from the third. I have to find a way to get them out and to the car without breaking them. Next year I am going with the wife and we will carry a large tote, so we can lay them down.

One thing i want to try next year is to slice them but then leave them in the noon sun for half an hour before blanching. Apparently they turn into vitamin D pills.

I found four more hen of the woods. I just finished eating some. They are one of my favorites!

i slice and dry mine in a cheap food dehydrator. less work, and if kept in a airtight container , last years. rehydrate for 15min. in warm water and they’re ready to use.

No this is a Chicken of the woods. Sadly it looks to old and woody to enjoy.

Can’t you use an older shroom like that in soup?

the older ones I dry and grind. then the powder goes in soup indeed.

Shitaki, morel, absolutly. I tied using old chicken of the woods in soup and it did nothing for me.

so I ate some HOTW last night. Although I was eating it almost daily ground up in soups, this was the first time I cooked it myself. This is a mushroom that really needs much more cooking than a shiitake or oyster. I had to add some bone broth twice because it gives off virtually no moisture. You can not simply saute’ it.

Advice will be appreciated, but probably the way to do it is to start it in broth, let it absorb it, and then saute’ it in the end. It also absorbed all the tallow I had put in there, so extra fat is advisable. Possibly it needs to be chopped more finely than the other mushrooms.

found another 2 lb flush of blewits under my spruce trees. sautéed them w/ onions and moose steak for dinner last night. topped the bed today w/ another 4in of compost. should be more of them next fall.

Getting hen of the wood and chicken of the woods young really helps, once you know the trees that have them it gets easier since they usually all go off within a week or 2 of each other. One of my favorite ways to cook hen of the woods is breaded and fried. Mushrooms are made of tube like structures that transport water from the bottom to the top, I split chanterelles, oysters and polypores top to bottom into smaller pieces instead of cutting and that really helps them retain moisture. Cutting across the tubes releases moisture and makes them shrink down a lot and not cook as well.

The ones I cooked gave off some water. Not much but with a lid and some butter they cooked up nicely. Like hoosierbanana said, you have to pick them before they get to old and woody. Mine tasted a lot like white buttons. I have a friend that turned me onto them this fall. He knows his spots to get them. He also knows when to wait and let them grow, or if they should be picked then. It’s nice to go out with an experienced mycophagist. 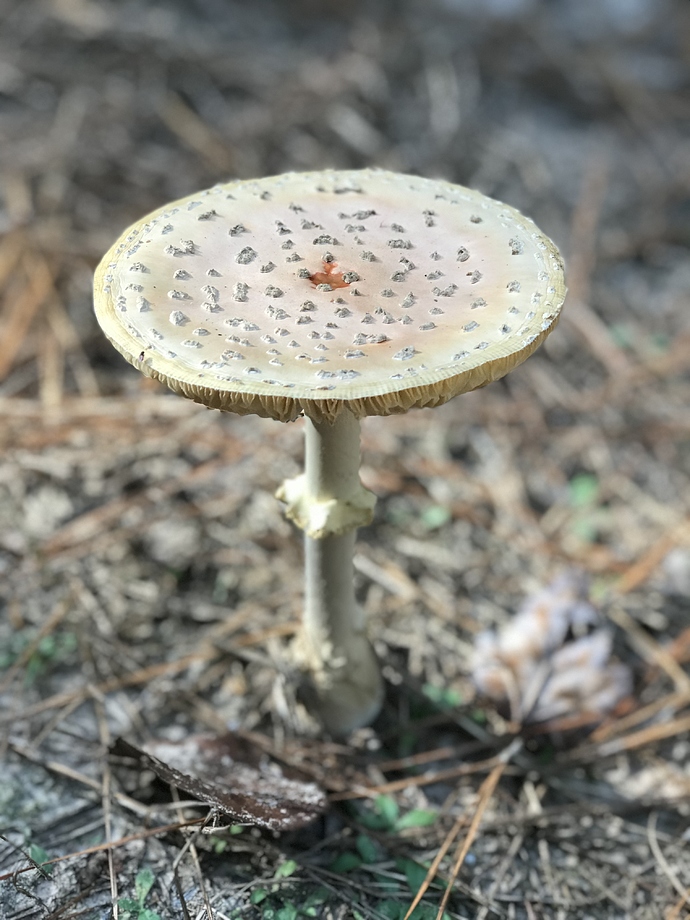 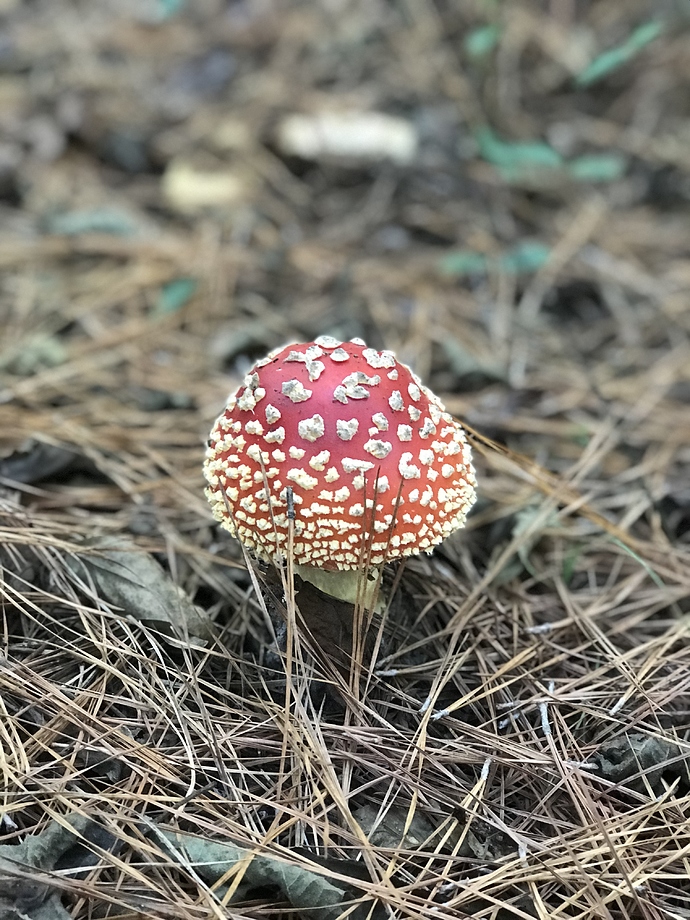 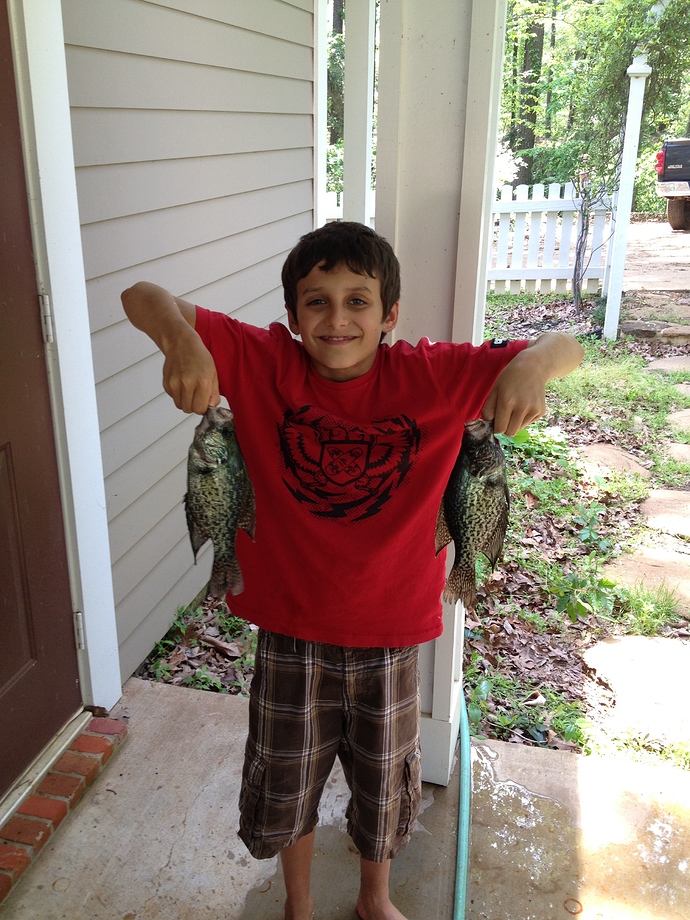 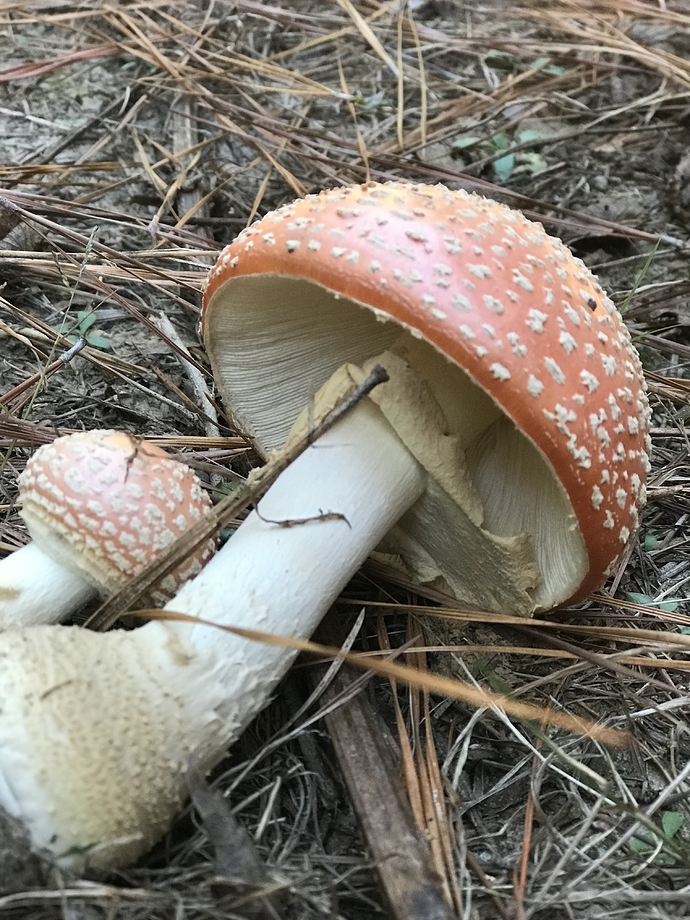 Gnomes live in those mushrooms!

Nice crappie, were they taken during the spawn?

I’m not sure how that got there. Lol

Found these at a market in Aix France today 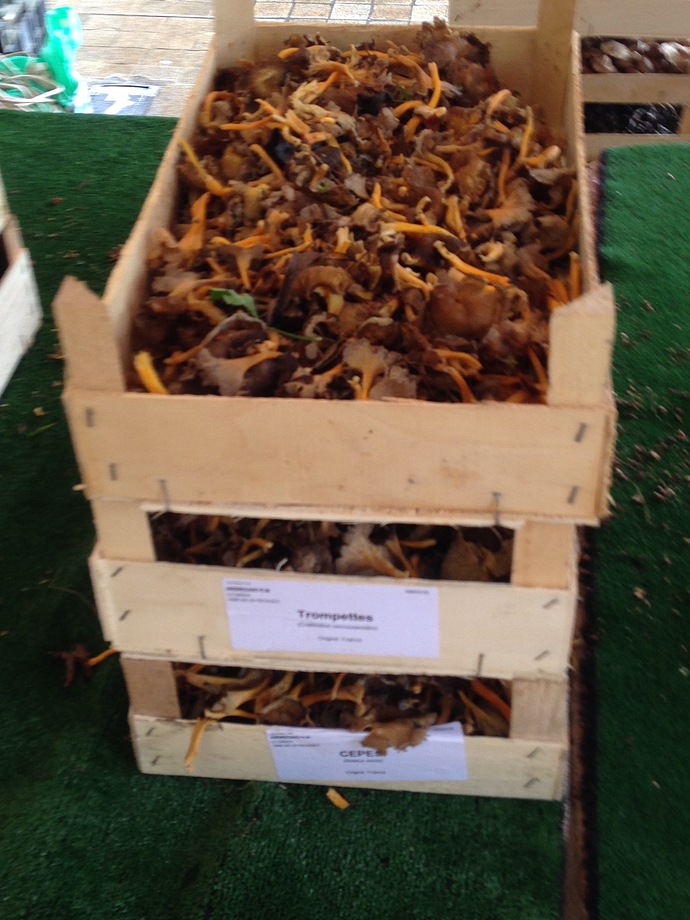 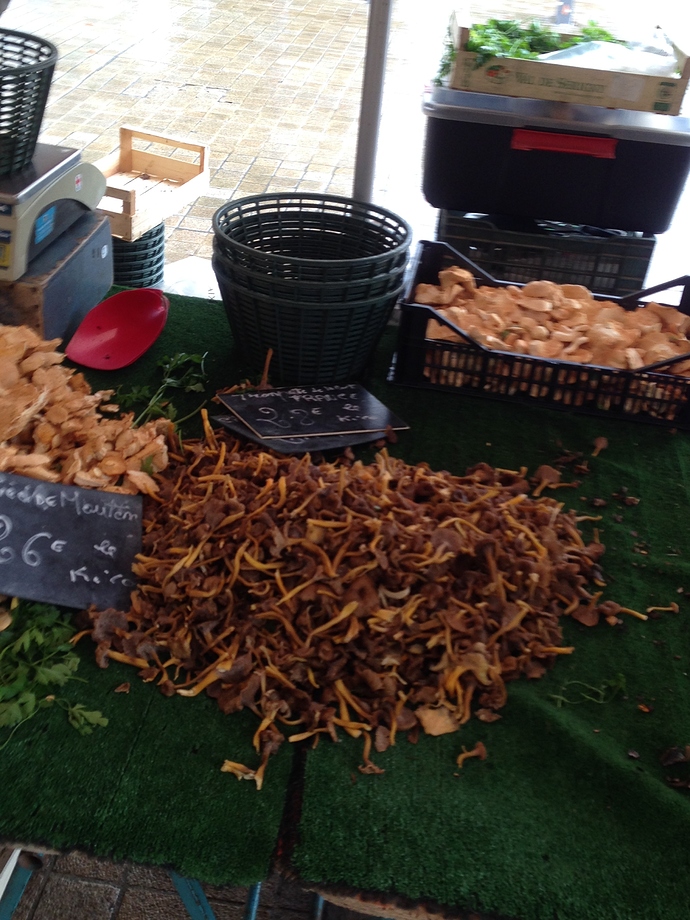 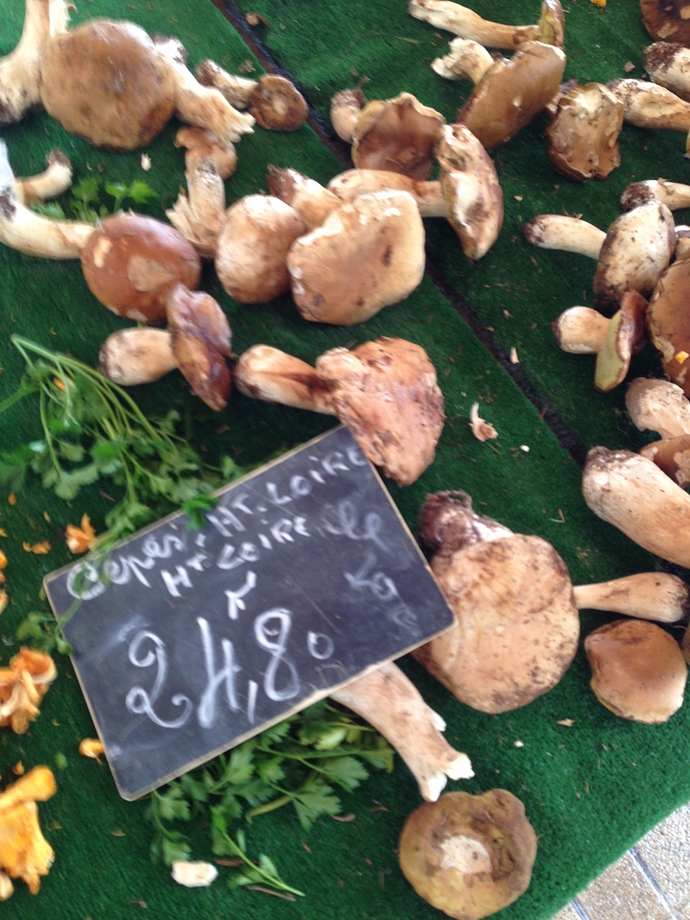 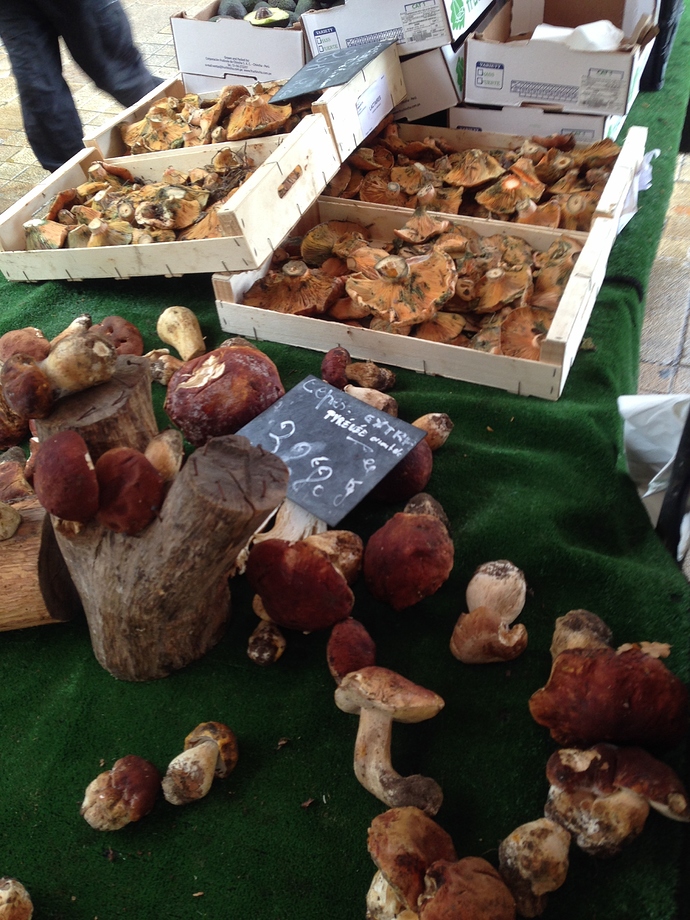 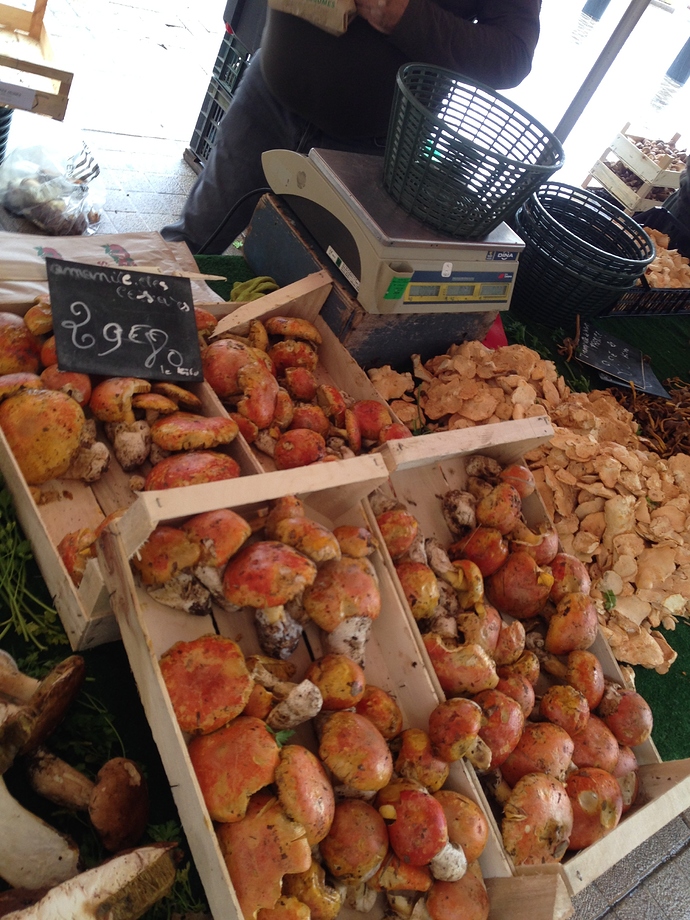 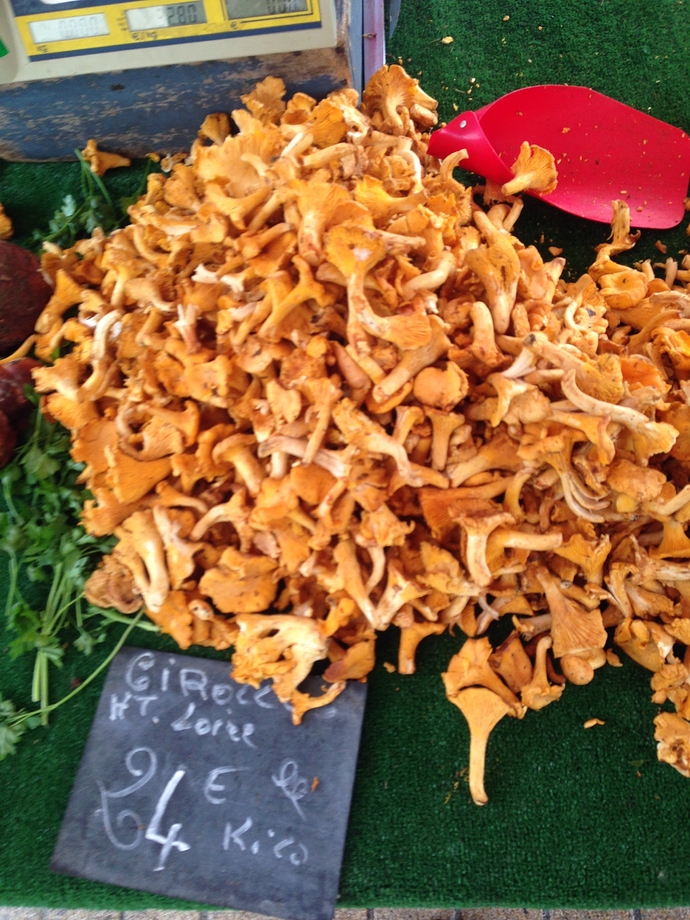 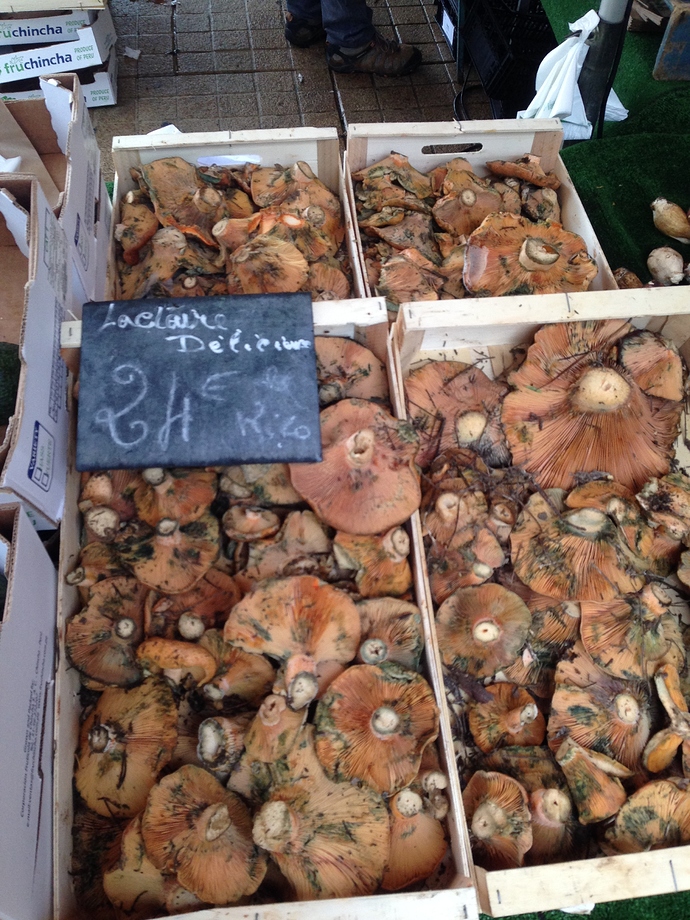 Take your pics, just shove back its just like NYC! They are there to get their marketing done.