Anyone want to play "guess that citrus seedling"?

During peak citrus season we had an afternoon picnic with a few neighbors in the back yard, and I bought a bunch of the more … unusual citrus to slice up for a citrus sampler platter. It went over very well! Even the sour ones were fun to compare.

When I was cutting them, I was throwing all the seeds in the same jar, and did not take any care to figure out which was which, but in the end I decided to save them anyhow, and have been germinating them.

Here is my best recollection (over a month later) of what we had on that platter:

These will end up in a corner of my new greenhouse, space permitting, until they either die or flower. I just thought it might be fun to see how early they can be identified from this diverse collection.

I’ve never grown citrus before (other than other seeds I’m germinating from this same season of grocery store fruit), so I welcome any advice or suggestions.

Now for the first photo, this one was polyembryonic (if that helps narrow it down), but the other two embryos were weak and didn’t sprout fully: 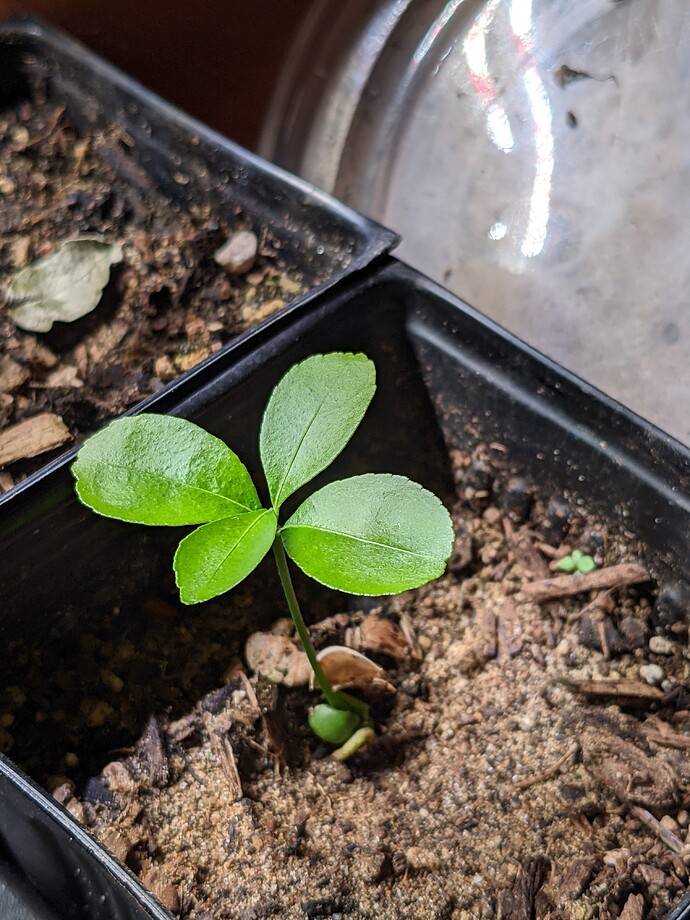 Next up, a much pointier leaf shape, and thorns: 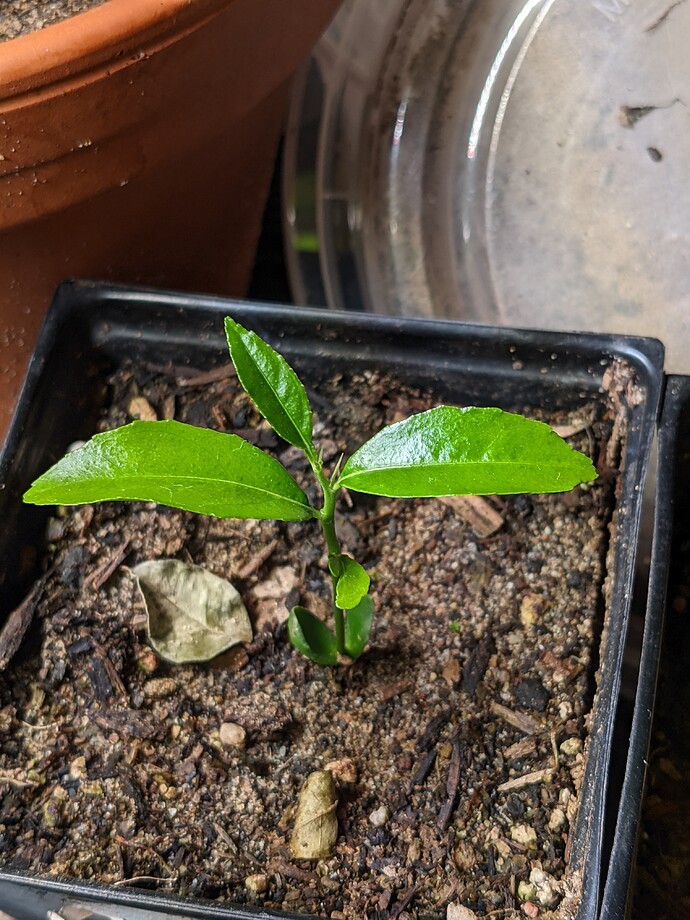 Those are the only two big enough to be worth including. More to come over the next few weeks, I’m sure!

This may help ? Fig. 1 Morphological variability of leaves of 37 accessions of Citrus...

Forgot about this one, which I moved off the heating pad almost a week ago. It’s yellowing a little bit, perhaps from the cooler temperature of our house (typically 58-65°F): 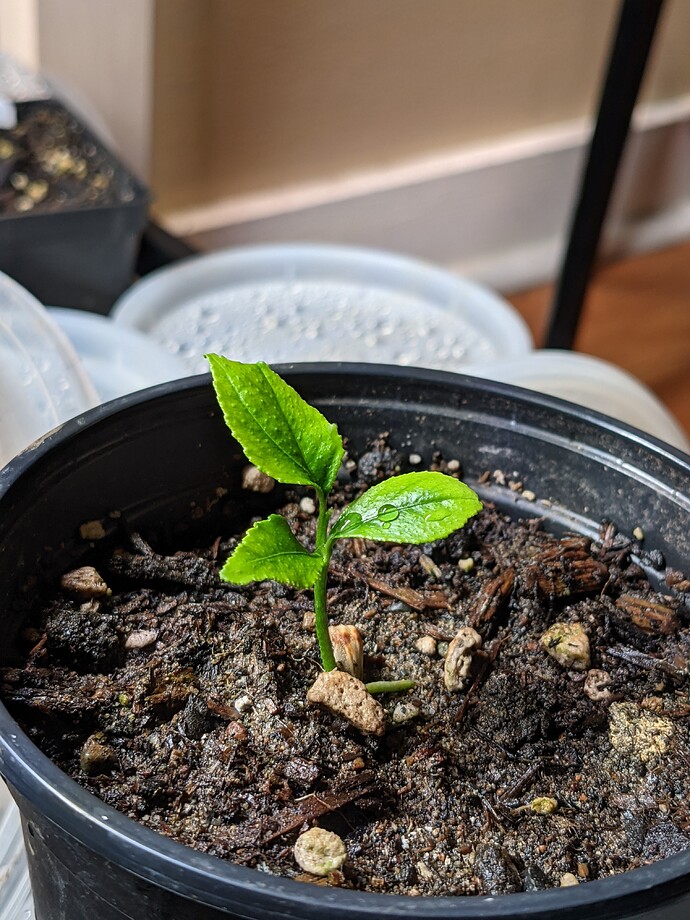 Thanks! I’ll take a look. I’m not too worried about getting them ID’d, since I plan to grow them all either way for now, just thought there may be citrus enthusiasts on here who’d enjoy the challenge. I won’t be offended if that doesn’t prove to be the case

Somewhere I saw other citrus leaf ID s similar to that chart, but with more varieties. Can’t find it right now but good luck ,you should be able to get close by leafs type