Arbutus menziesii is native to the west coast of the US but Arbutus unedo from the Mediterranean is often planted as an ornamental in Seattle and other places in the Pacific NW.

Unedo is know for its flavorful fruits and I wanted one for several years but my few attempts all failed. Alas what grows in zone 7/8 Seattle does not guarantee it will grow in Zone 7 DC or NJ. In Washington DC it died from neglect after I moved to NJ. And my NJ tree died from a nasty fungal infection it picked up from the Azaleas that came with the house. I think the one in DC was ‘Elfin king’ but I don’t remember where I bought it. The one from but the NJ came from Raintree.

Last year I was browsing late and I came across Arbutus unedo at Hirts of all places and it was the Octoberfest cultivar with red flowers of all things. So of course bought it.

I ended up planting it in a bonsai pot and promptly forgot it outside to get covered in 2+ft of snow. Splotchy leaves aside it looks like it pulled though with no damage. 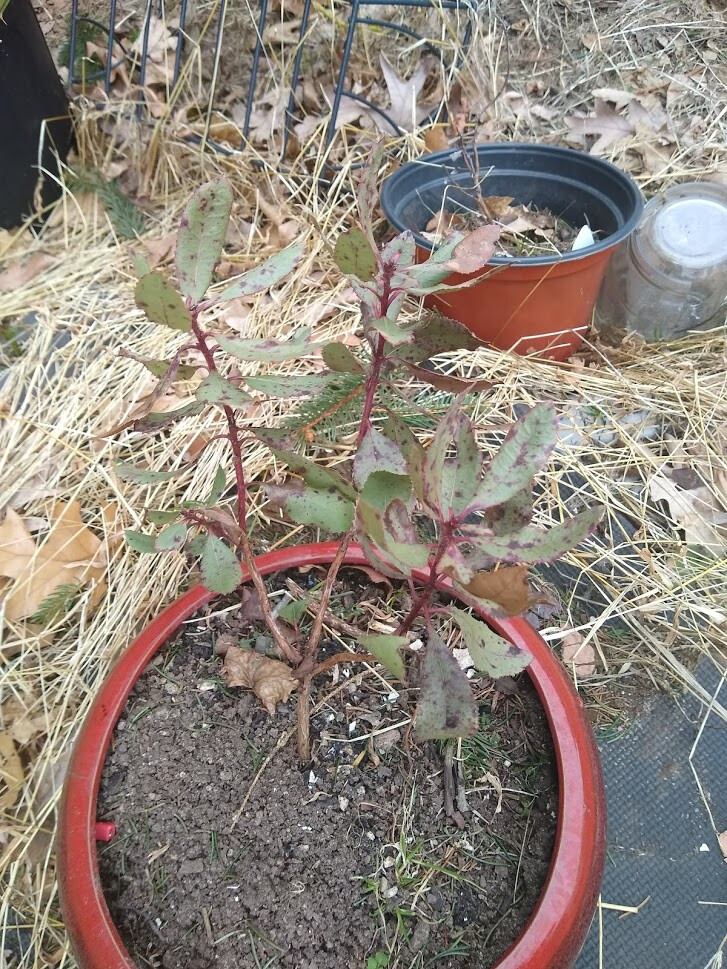 My excitement has been restored, so I wanted to share this for any east siders looking for something unusual to grow.

Medronho is a brandy made from Arbutus unedo which I had plan on trying when I visited Europe last year but the pandemic canceled those plans.

I have planted strawberry tree in the Charlotte NC area…but have resisted the urge in central Kentucky. I have seen it for sale once or twice at a garden center.