I got this black currant as a bonus with my Raintree order. It looks to me like it’s grafted, and that there is a bud coming out of the rootstock below the orange band. But I’m a novice so maybe this isn’t a graft?

I thought blackcurrants were supposed to grow like bushes sending out new shoots. If this is grafted, how do I tell the difference between rootstock and scion shoots? How deep should I plant this? 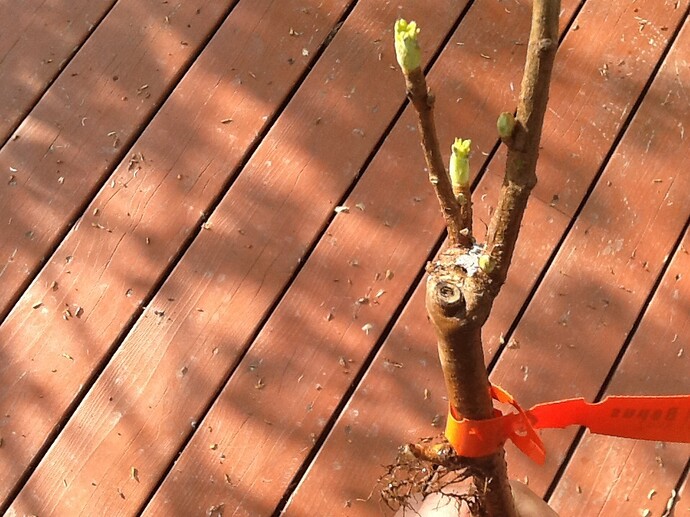 Currants are often propagated by dormant cuttings. That looks like what yours is. What variety did you get?

No they are not grafted, they are sent from Raintree or any other source as rooted cuttings. Mrs. G

It is a little strange looking, but not a graft. Agree with the others. Yeah it’s a rooted cutting. I stuck six of them in the ground last fall, all are growing. Easy plant to propagate!

My coworker from Poland just showed me a picture of his mother’s currants. The base is 3 inch thick diameter for about 4 feet and then it seems red currants are grafted from there. He thinks it’s a willow rootstock but I can’t find anything about what exact rootstock it could be. If anyone has any insight I’d love to hear about it

I can imagine it looks like the graft of an T-budded fruit tree on the image. However it is not grafted.

You usualy don’t graft red or white currants. Since the older wood gets scrufy/sick after a few years. So usualy you let it sprout fresh growth from the ground and renewal prune each year.

However red and white currants are from the ribes family. And i think graft compatible with the whole family.

Gooseberry’s from the same ribes family. Are often grafted, for decoration purposes but also ease of picking and better airflow (higher above ground, less mildew)

They usualy use
Ribes aureum
Or
Jostaberry (complex hybrid of black currant goosberry and somthing else)
As the rootstock.

The grafted small tree-like goosberry will have to be supported with a pole for it’s whole life. And is usualy shorter lived than most fruit tree’s (dont expect it to get 50 years old!)

I see no reason to not try it with redcurrants to. An arch or horizontal brance with the strings of berry’s haning down will look quite beautiful i think. And maybe if it’s higher of the ground the birds will eat em less.

That sounds about right, my coworker did say it must be staked, however that plant had a more organized appearance and larger fruit. I just received gooseberry and josta from stark brothers so I will try to graft once I root and cutting and grow the height I want. Any more compatible larger shrubs come to mind?

im guessing you could also graft the rubus family. Due to how short lived the “wood” is, i see no point.

Grapes are grafted, same for passionfruit.

You can also graft blueberry’s on a stem of sparkleberry. (they have experiments with this, blueberry on a single stem is easier to harvest mechanicly)

Roses are often grafted. Same for wisteria. But those are ornamentals. Same for the umbrella/weeping japanese acer (maple i think for you)

You can also graft hazlenut on the treehazle. However this seems to dwarf the “norma” hazle a bit. (might be slightly incompatible). Same again, a single stemmed hazle looses less crop between the multiple stems that can’t be easily reached.

Chaenomeles can be grafted to. Aronia’s have some interspiecies compat. Same for amelanchier.

Ofcourse mulberry’s can be grafted to. Same for figs.

Loquats can be grafted to mispilus germanica. (although i only found a single reference for this and no actual person who tried it) might also be graft compatible to quince.

some in the citrus family is likely graft compat. ( i think. some-one else probably knows better than me.)

There are some smaller plants in the prunus family you can also graft (sand cherry prunus tomotosa etc) Prunus graft compat is complex though. There is an excelent reference topic for on this forum. Thats how i found this forum.

im probably forgetting loads. It might be easier for you to list all the plants you have/want. than for me to list everything thats possible to graft.

Oh that’s alot to digest! I’m sorry I wasn’t being specific but I’m trying to recreate this currant graft I saw. It looked like a lollipop, think trunk at the bottom and the currant grafted maybe 4 feet high. I’ll see if I can get a picture of it Monday. I was just wondering what is compatible with currants. Thank you for the info.

I think the term thats used for it is
“standard redcurrant” If you google that and look at images, is that what you are thinking off?

I just checked the catalog of a nursery specialised in the ribes family.
They sell both grafted “standards” of goosberry and redcurrant.
Grafted on the following rootstock
Ribes odoratum
There is some taxonomic confusion about that specific species. So it might also be sold as.
Ribes aureum

You could also use jostaberry as the stem. I think the nursery doesen’t probably because of patent. (i think josta stil has patent)
However if you buy a jostaberry and than graft onto it. Thats fine (patent wise)

From what i understand is, you pick a long 1 year old shoot (of the rootstock). And seperate it from the mother plant. Hopefully with some root’s. Otherwise it usualy roots easy. Then the next year you let it grow taller. And snip all side branches, and new sprouts from the roots. You do this until the stem has the disired length/hight. Than you graft a redcurrant or goosberry ontop. (normal graft methods should work, id probably go for W&T or Chip bud. Tbud or bark grafts will probably be hard)

Disadvantages
-needs to be staked for life. Or will fall/blow over.
-more work/expense/time to get to first fruits.
-not that long lived. (i personaly won’t expect more than 10-15 years out of it max)
-to much airflow, the plant might not like it. It naturaly grows near the forrest edge i think. So thats the microclimate i think it likes.

I am guessing it will also work with others in the ribes family. Like black currants for example.

It is on my to do list to experiment whith this. I am taking small cuttings this year, and will probably start grafting in 2 years.

Currants are not grafted. They are purchased as bare root or potted un-grafted plants. I have grown them totally for close to forty years; almost all varieties except Clove.

Currants are not grafted.

They usualy a re propegated by cuttings yes. But they can be grafted. And if you want a currant on a higher stem. (like a mini tree) you graft them. Since growing the stem from normal redcurrant will usualy not live that long.

Currants can be tricky. I have grown many varieties over the years. I wouldn’t bother with grafting as they as quite easy to propogate from stem cutting placed directly into the soil after fear of frost.

That pic of the standard red currant is definitely what my friend showed me. I plan on ordering more currant varieties to experiment with and since they propegate so easily I’ll def be playing around with the best way to make a standard. @oscar if you have any success I’d be thrilled to see them. I will definitely show mine. Thank you for solving this mystery it gives me alot to think about.

Years ago I saw a picture from Europe. Of currents ? / gooseberry? Grafted on a josta ? berry rootstock .
They looked like dwarf espalier apple trees.
Trunks as big as my arm. ~ 8ft.
Impressive.
So I planted josta , grafted at 3ft.with gooseberry.on trellis.
Got to about 5 ft. Did good for 5-6 years., Started dying of.
Not sure why.
They were fun for a while ,easy to pick , like a gooseberry bush on a 3 foot trunk .
I think other stock is used for vigorous nonsuckering rootstock.?
Maybe. Clove current ? Not sure.
Like to try it again.

I’m determined to recreate the polish graft my friend showed me but he keeps telling me it’s a willow rootstock which I don’t think is possible. Also using google translate to try and identify specimens is trying. His is over 15 years old and produces larger red currants.

15 years seem quite old for a trunk from the ribes family.
Could you ask your friend for a picture? to post it here.

I would think it far more likely, that he or you are mistaken or mabey confuse another species of fruit for the redcurrant (ribes), than that a redcurrant grafted to a willow has thrived for 15 years. Although i hope to be wrong. Because that would be an (unlikely) wonderfull thing.

I think it more likely you or your friend confused a Elaeagnus multiflora for a redcurrant for example.

I don’t mean that as a personal attack. I have confused many fruits for each other myself!!!. So much exsists in nature, and we taste so little from the groceries. That it is no wonder red berry is accociated with 1 fruit by 99% of people. While in fact there are hundreds of different red berry fruits.

One thing that might help you and your friend communicate cross language barrier. Use the latin plant name. It is also really usful to know the lation names for possible hybridization and graft compatibility guesses.

Oscar, so sorry. I have just never seen nor heard of a rootstock for black currants. If you stick stems in the ground they will grow roots in no time and become a very small shrub the next year. What are the rootstocks for currants. Thanks for the new info!

We where talking about red currants and goosberry’s. But i would gamble (99+% sure) you could also graft a black currant as a standard (make a smal tree black currant). My go to choice for rootstock for black currant standard would be jostaberry. I have not done this myself (yet). But since jostaberry is a hybrid of black currant and others. Id be amazed if it was not graft compatible.

Don’t get me wrong. A rootstock is a 100% NOT needed for goosberry’s, red currants or black currants. Unless you want to grow them as small tree’s on a trunk. The term thats usualy used for those tree goosberry’s and currants is “standard”

For more info on standards do a quick google search, or follow these links. 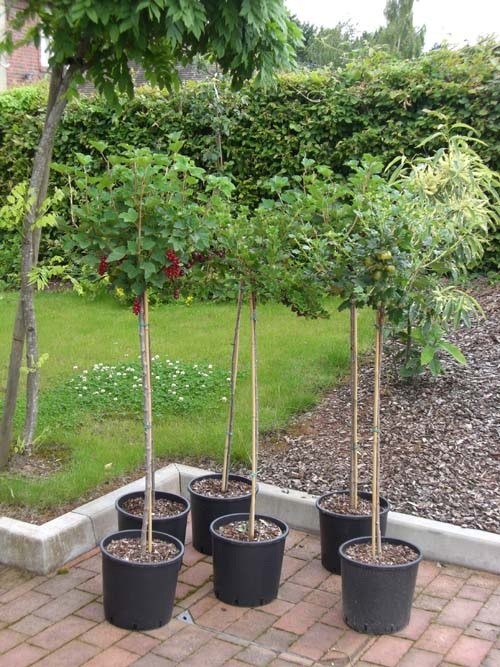 Standard Currant Bushes – how do I grow them?

I am a novice gardener trying to make plans for my rather tiny garden in Surrey. I would like to grow some soft fruit in pots and while on holiday a while ago I saw some amazing red and white curra… 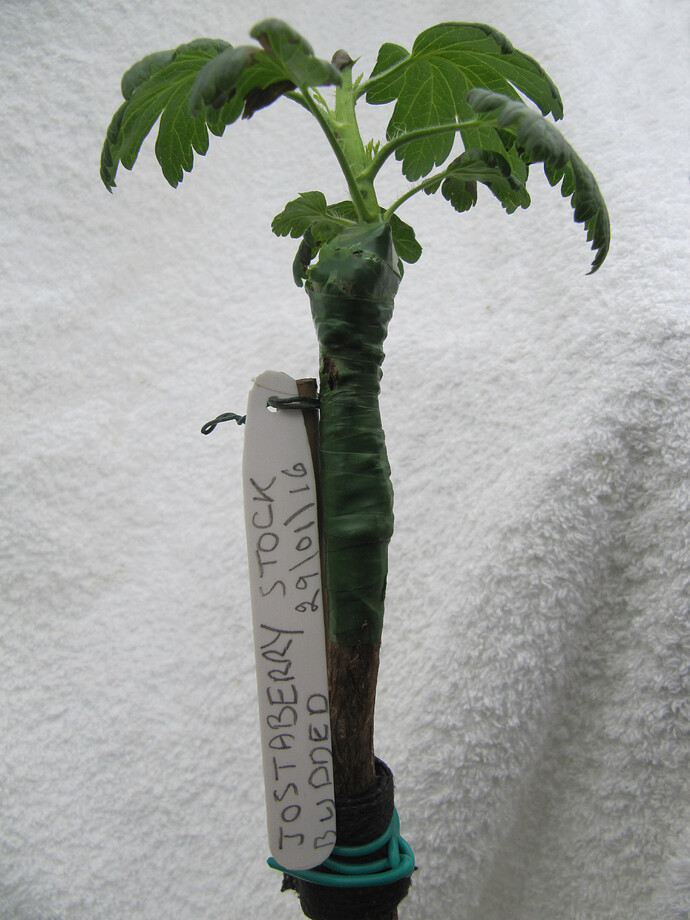 For a Standard Gooseberry try Jostaberry as the rootstock- has anyone else...

Invicta gooseberry grafted onto Jostaberry stock on 29 January 2016; thanks to a mild winter it has grown away in the greenhouse and was tip pruned last month to induce bushy growth.  Because of th… 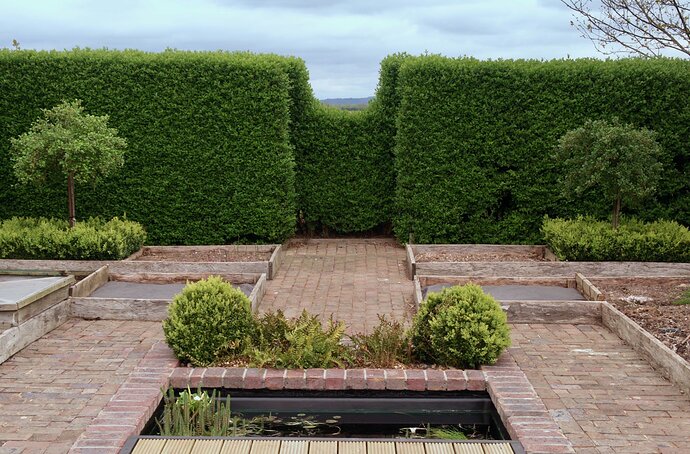 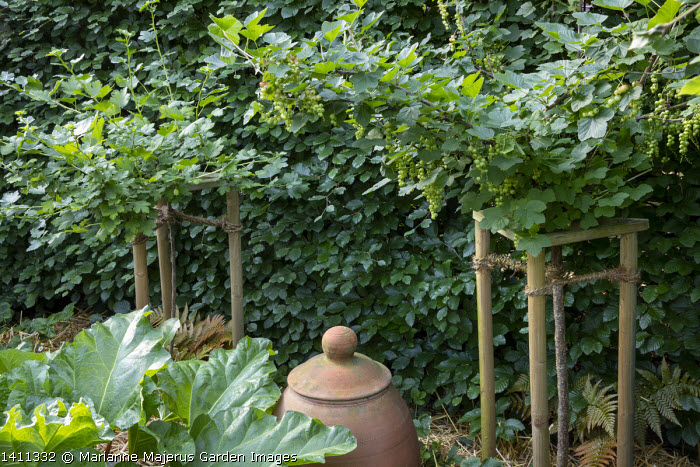