Article on Starting a Nursery Business

I know some of you are interested in this topic, so thought I should share this article I just wrote. http://www.twisted-tree.net/starting-a-nursery-business/

“I started out by selling plants on craigslist.”

I have a friend that sells Thuja ‘Green Giant’s’ in Ohio and cannot keep up with demand no matter how many cuttings he strikes every year. He told me he wished he would have started this at my age (mid-forty). I know for certain in previous years he’s sold more than 10,000 plants per year. It makes me wonder how many he and his wife (who now helps him) will have for sale next-year. Each year he strives and does do more.

He runs about three adds in three different cities near him, on Craigslist-only. Every week or two he rotates an add that returns that add to the top of the list. This summer he wrote that he had a guy stop in and buy a couple hundred one-gallons and since he and his wife needed new bicycles, they went and bought new bicycles the next day.

Thuja for screens is an easy business but like you say, he runs his tail off to keep it all going. Still, with nearly no expenses (all his plants are from cuttings of his trees); (he propagates without heat on a mist bench); and he reuses all nursery pots and sends customers home with very well rooted plants in full media… his roots are the best of the best. He starts his cuttings in 32-cell rootmakers and then off to what appears as a quart and then shifts them to #1’s. He paints the insides of the #1 round (gallon) containers with marine paint which contains copper and the copper stops all roots from circling. Every three years appx. he has to repaint the insides of his gallon containers.

His only expenses are media and fertilizer which he brings in by the truckload once a year. He has a separate room he opens bails up in and with a large shovel and a rake he mixes it all on the floor. This room is within his propagation greenhouse.

Thanks for the article, Chestnut. I love what you’re doing and how you do it. There are not many people like you!

Just thought I’d share the other side of non-diversity, using potting media, and how my friend runs his business. 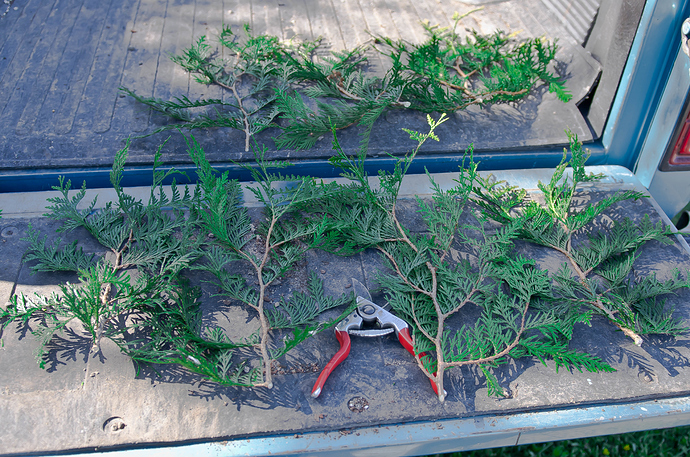 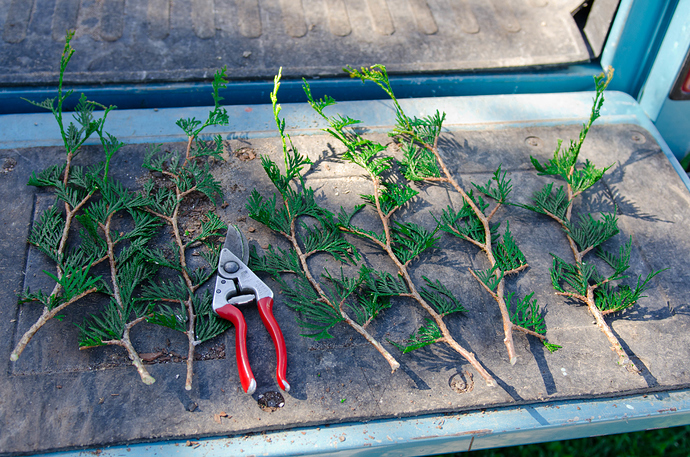 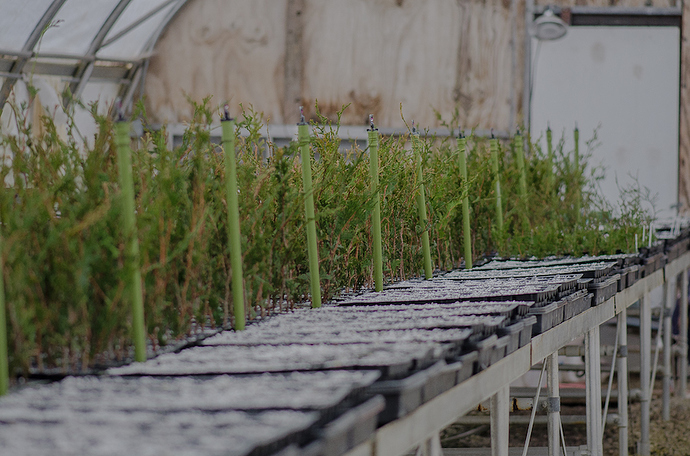 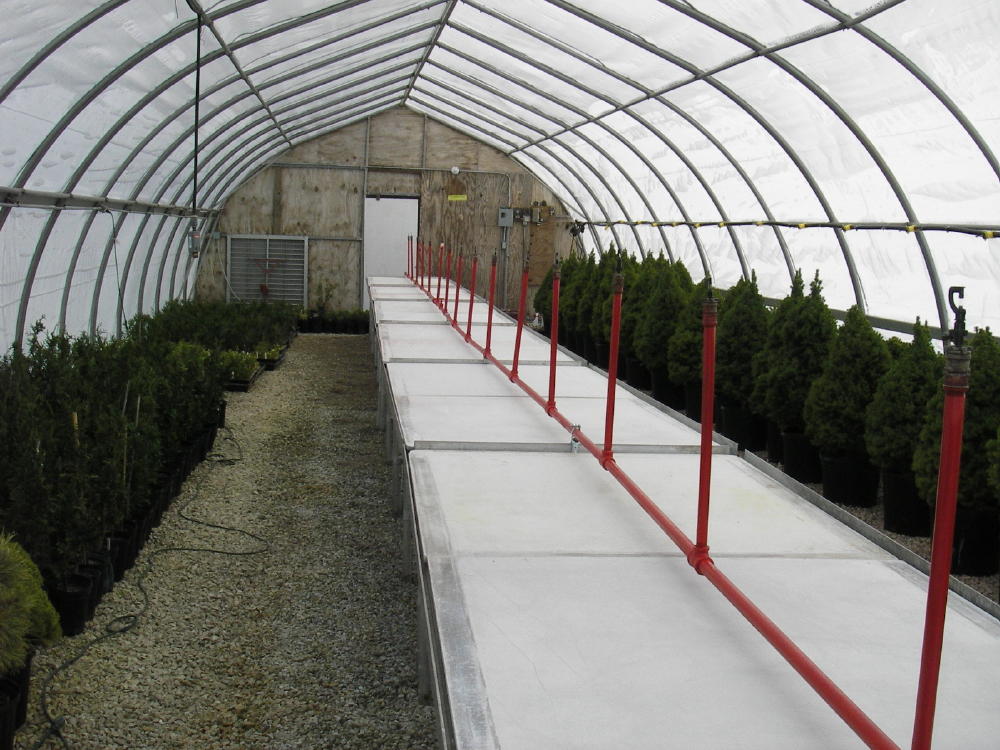 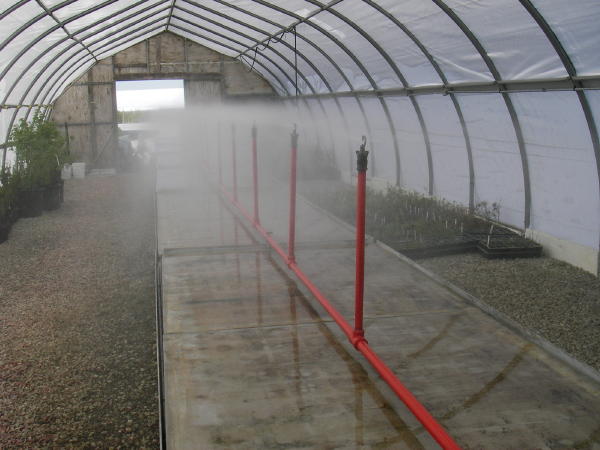 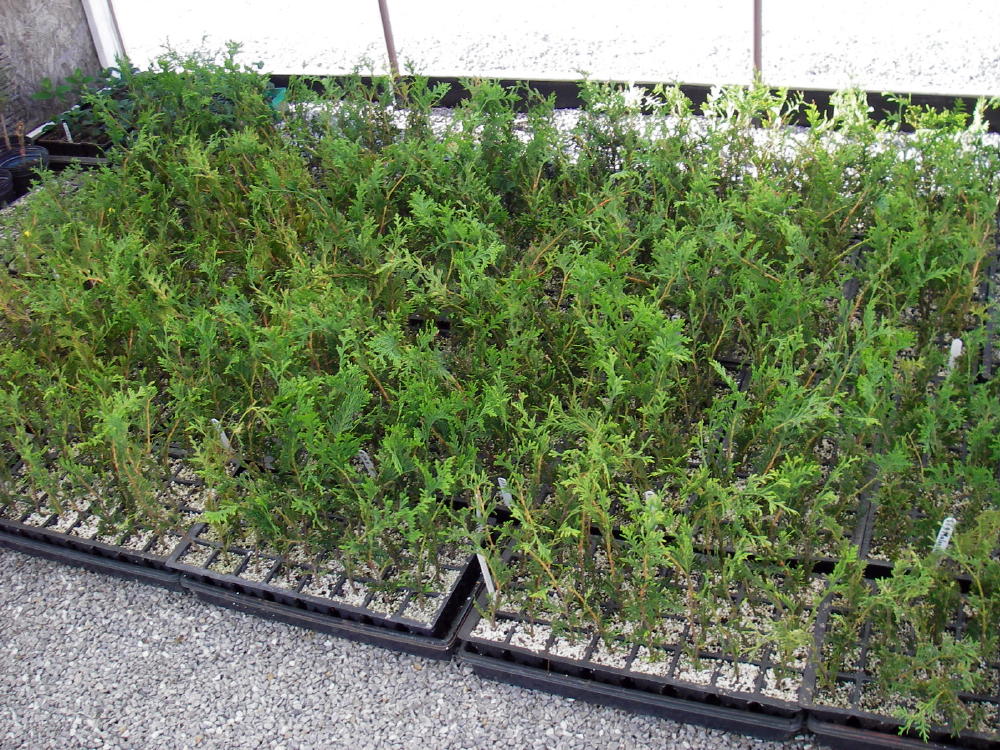 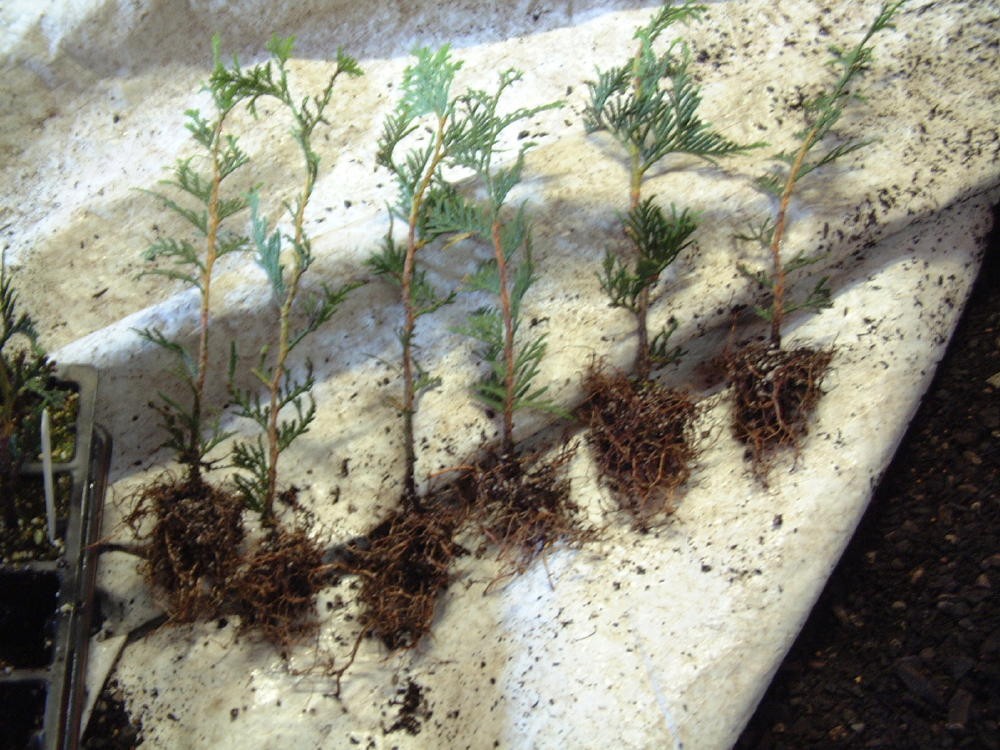 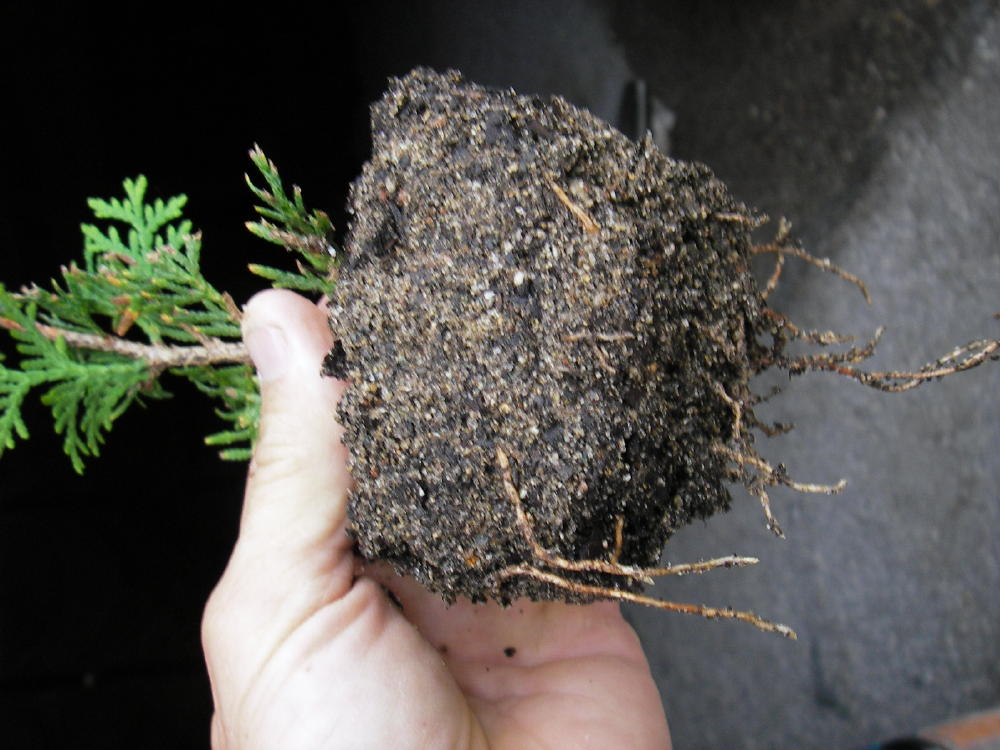 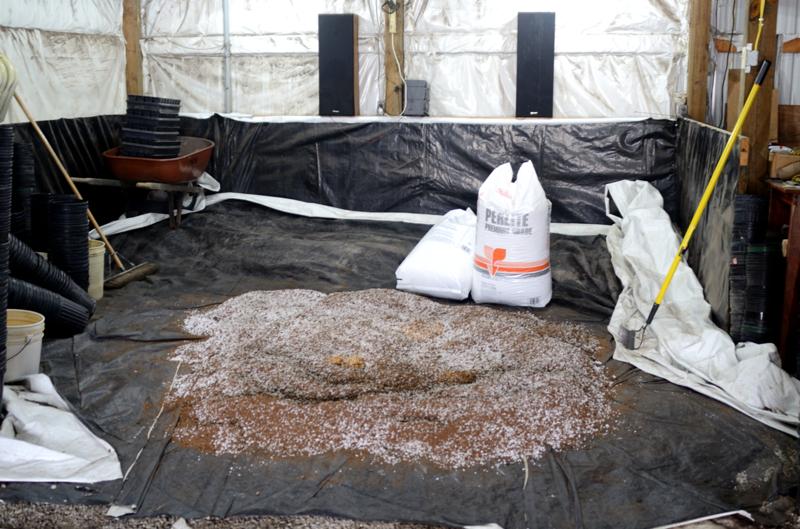 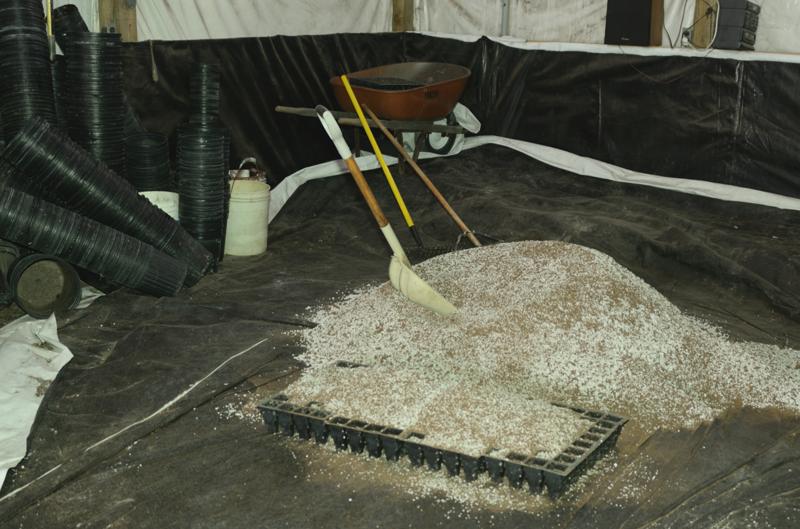 He also sells larger than #1’s but this is how all his plants are held, I believe (pot in pot system): 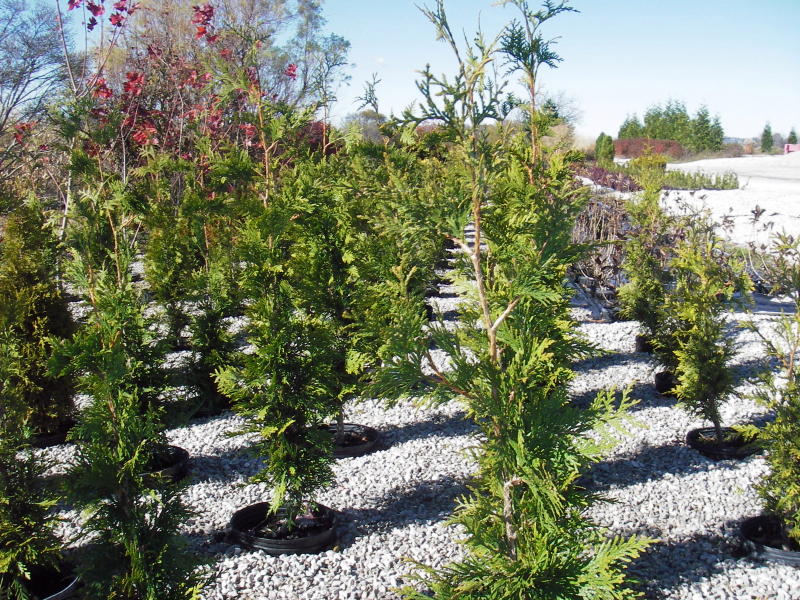 This is typical for any plant’s root-system he grows: 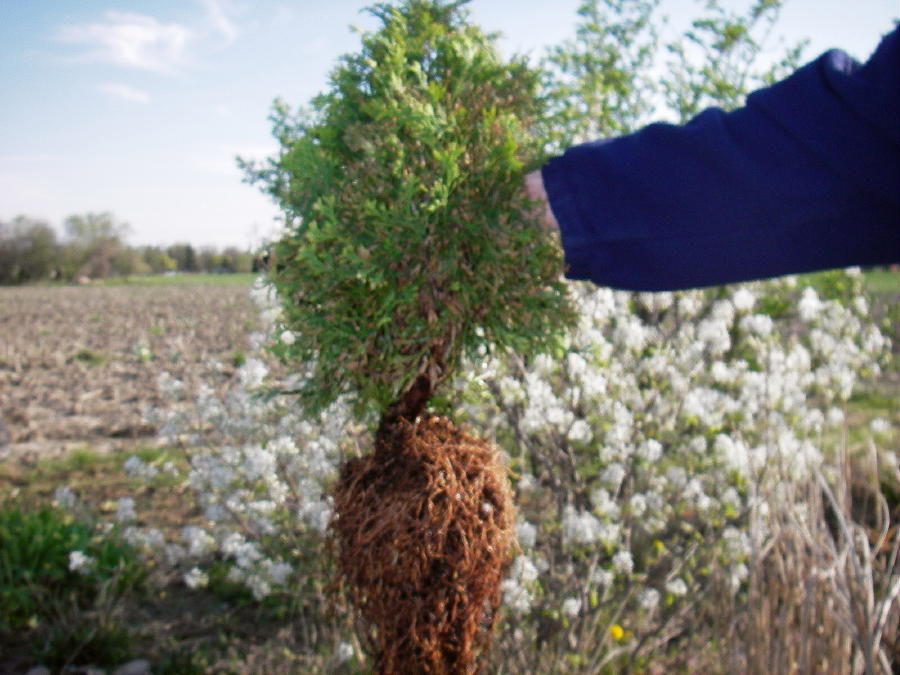 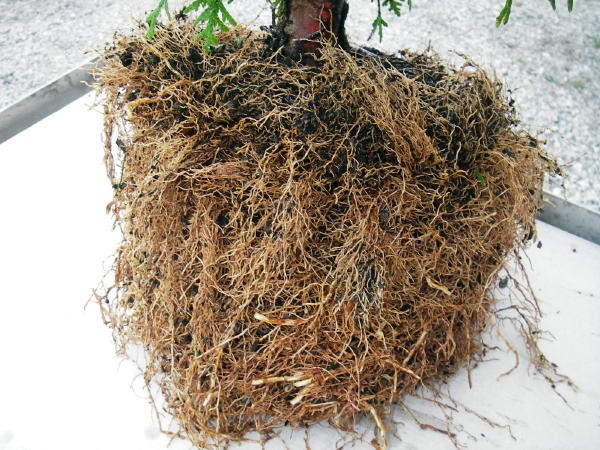 He sells some boxwood’s too: 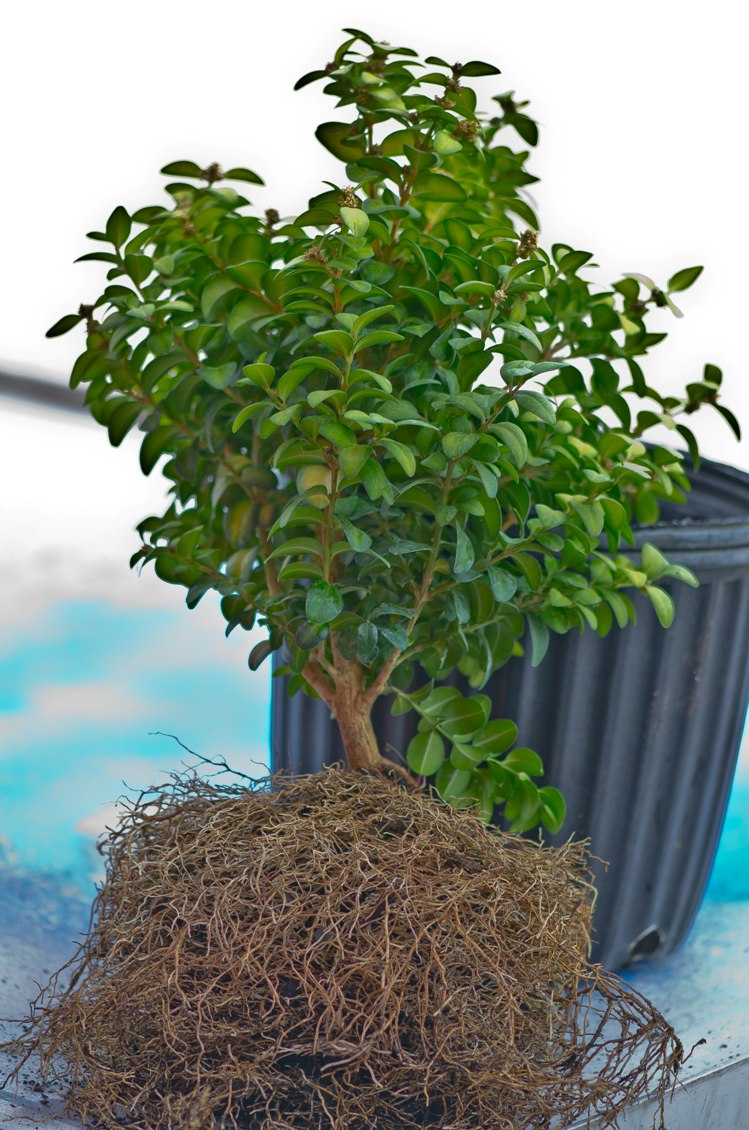 Nice article, good job. I plan to sell some plants, but only a few, and mostly to feed my own habit. to help pay for my hobby. Today I’m mailing out two Mulberry trees (3-5 feet tall), I gave these away, in the future I will be selling them. For a tree some cultivars are easy to propagate. I still need though to find what work best around here. Again I’m more interested in just funding my hobby. I don’t need the income, although I’ll take whatever.

Thanks for sharing. I think its good to see that there are lots of options and many ways of doing things.