This is actually a follow up on another post but this is specifically a blackberry issue so I started another thread. I had some issues early spring where some of the BB’s leaves were yellowing, after awhile the veins stayed green and the yellow got yellower (if thats a word). Now this is not all of the blackberries in the row just a few canes ( Mainly Triple Crown) well now they are dying but the new growth and the lower portions of the affected canes still look fine. any suggestions? 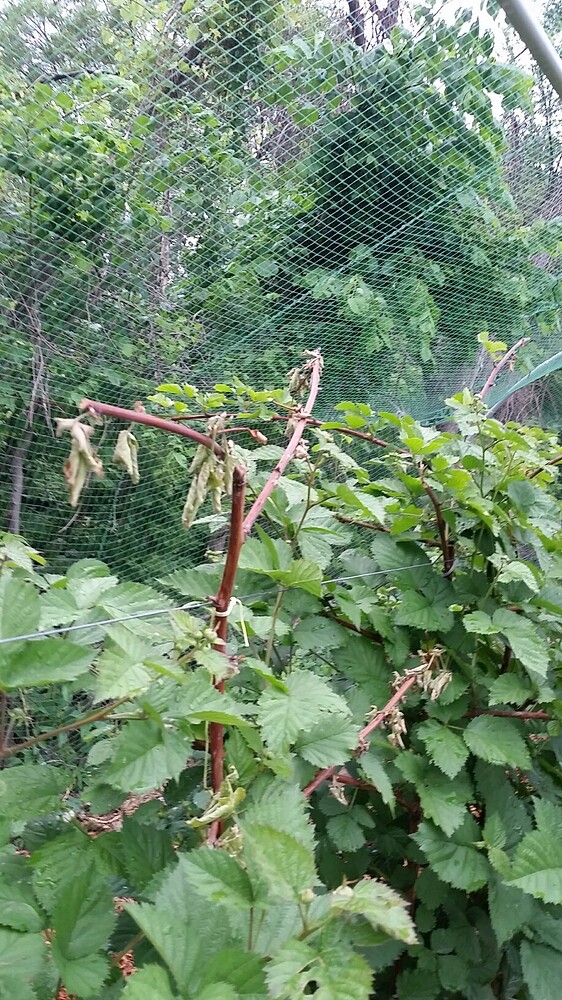 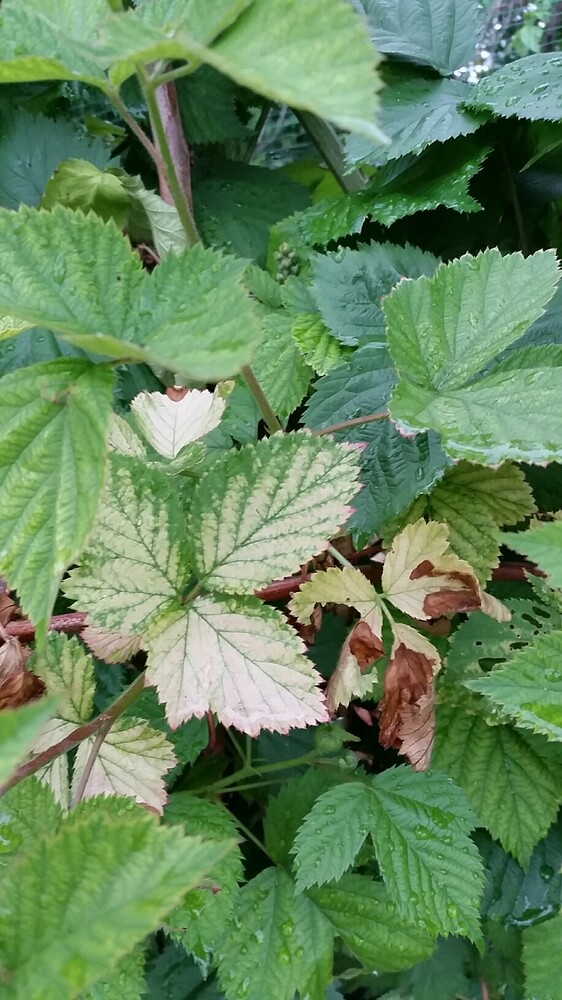 Kind of looks like Raspberry Root Rot, which I have had a small outbreak of in the last 2 years on my Caroline plants, I just rip out the cane and roots in one shot. It is slightly depressing to overwinter these canes only to have them die during the spring. I plan to switch to more SWD friendly summer bearing cultivars that fruit earlier. I will be on the look out for root rot resistant varieties in the spring next year and will raise the planting area a few inches with TONS of compost, which can be helpful in preventing future outbreaks or so I’ve read…

In the winter, water/snow sit in the lower raspberry area.