I have an O’Neal blueberry which is about 5-6 years old. It has been a heavy producer and the plant was about 4-5’ tall. But this year it put on a lot of vegetative growth, with the longest growth of 3’ and probably more. This is far more than the growth of the several other bushes nearby.

All 6 bushes at the same bed received light pruning last fall, with about 1-2 main canes cut off. This spring, they all received some element sulfur and a scoop of bone meal. No more other feedings. They were watered about 3-4 times during the hot summer.

The fruiting of this bush is on the light side. But it did fruit. The berries are my favorite since they are large and tasty.

I just do not know what made this bush so much growth this season. Good thing or not? Now it is more than 6’ tall.

I have O’neils and two other variety of SHB blueberry but the growth on the O’neils is a lot more variable than the Star or Legacy. Some of the O’neils look great and are growing like crazy, but more than you would expect are not - based on the 100 plants in the field. I do not see this with the Legacy or the Star, where each plant looks much like the others. The growing conditions for all the plants are similar. From what I can tell, the O’neils require more nitrogen than the others to prosper. I don’t believe most bone meal formulations are especially high in N but the additional N probably helped accelerate the growth.

Not sure about the fertilizer since I normally do not fertilize the blueberry. I think this may have something to do with the weather. We’ve had steady rain this spring and early summer, except the past 4 weeks. Blueberry really likes the constant moisture.

The Elliott close-by is also a fast grower and berry producer. Since no lack of rain, it put on a lot of berries this year, the most I’ve seen.

Yes, I’m going to cut off some of the old canes and top the long canes.

3 ft growth is perfectly normal for O’Neals in a year, especially if you are feeding them nitrogen regularly. 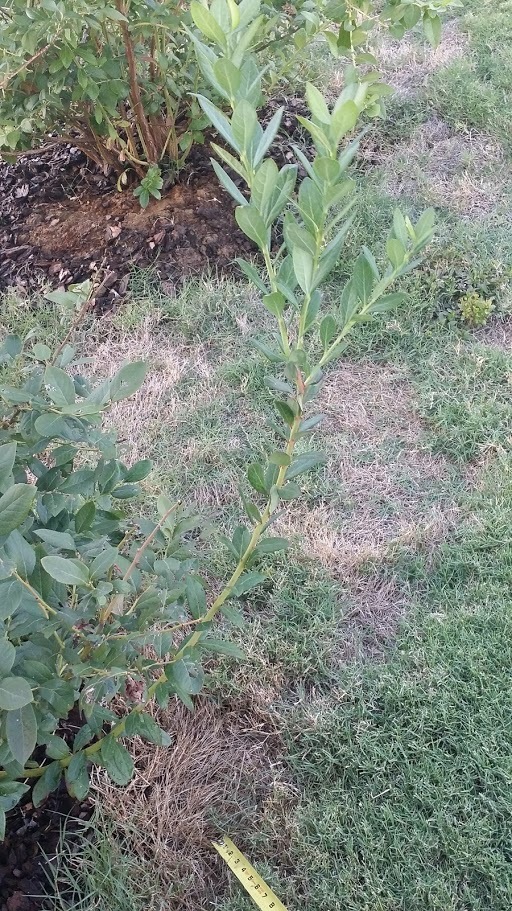 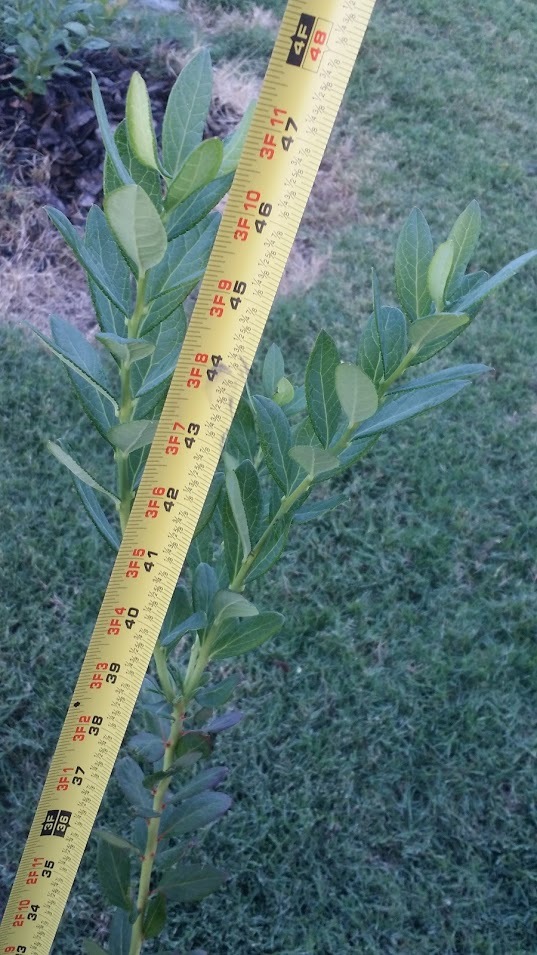 We have almost a month left of growth, so I bet that single cane will get close to 5 ft before it stops growing.

Here is one of my O’Neals: 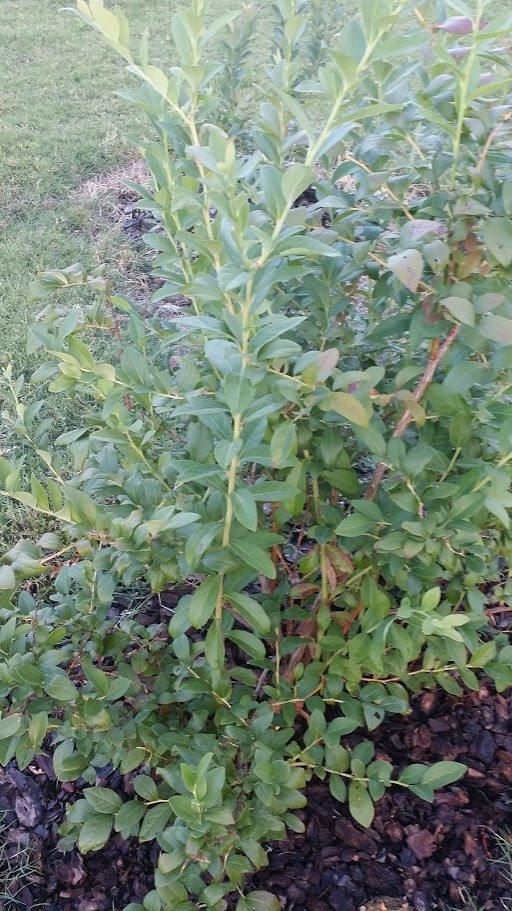 They will be 3 years old this November.

As far as fruiting goes, my O’Neals don’t put out quite as much fruit as Misty, but they certainly taste a lot better. I find that I have to pull off tons of unripe berries from the Misty because they end up being very small and tart late in its ripening process. O’Neal does not have this problem, making it much easier to deal with.

Looks great. O’Neal and BlueRay have very large and tasty berries. Elliott did really well this year as a late bush. Duke put on a lot of berries, but the berries are small, too small to pick.