taste/texture/flavor seemed similar to the contorteds we have but also somewhat different. Hoping the upcoming bigger fruits would be more conclusive. 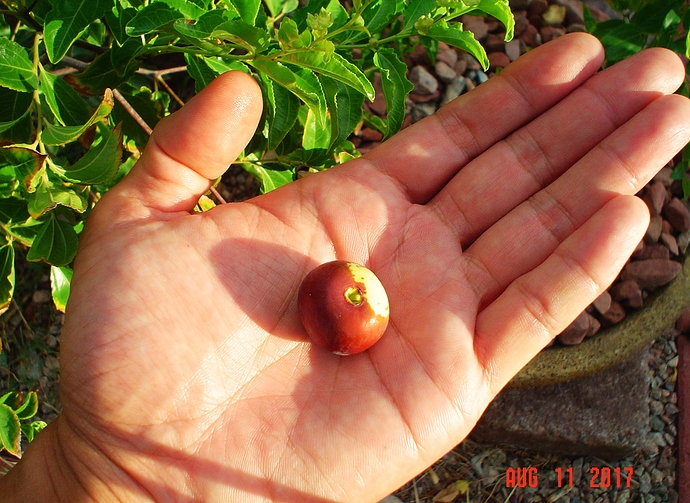 Taste/texture/flavor seemed similar to the contorteds we have but also somewhat different.

It looks pretty round from the picture. Are your other Contorted more elongated?

I’m jealous of how early they are for you- My first taste is at least a month off. Most of my younger trees don’t have much, if any fruitset. Sherwood had fruit, but dropped them. At least the large So and the Honey Jar graft are both still carrying quite a lot.

some of your budwood do have some elongated fruits, but not ripe yet, will post more pics tomorrow.
recent grafts usually bear ambiguous shapes, and probably vague flavors and textures as well. Might have to wait another year to tell if there might be differences. As always, thanks![quote=“BobVance, post:2, topic:12225”]
At least the large So and the Honey Jar graft are both still carrying quite a lot.
[/quote]

seems like jujus tend to have prolonged juvenile periods in northerly regions. Still, you’ve proven them reliable, once they’ve started churning some fruits.

here are some of the remaining fruitlets on another graft. This graft was on sugarcane, which resulted in >2 ft of upright growth, but not too productive for a contorted. Fruits are somewhat elongated, but not too sure. 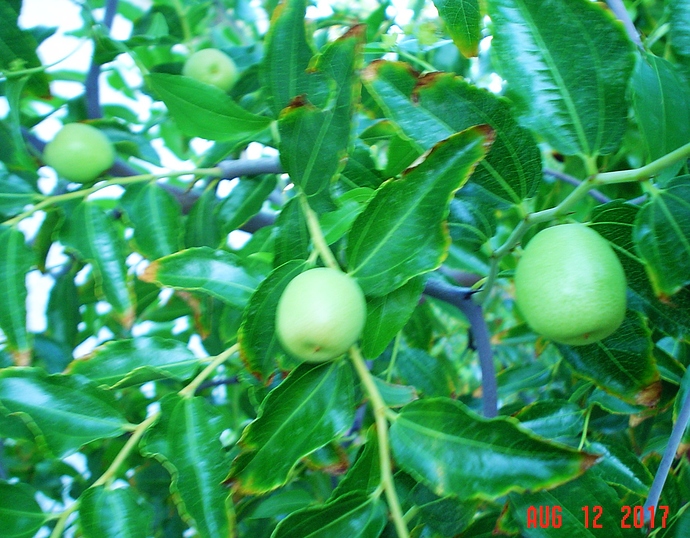