The first tree is about 5th leaf, 4ft tall, Bing on Newroot 1, and bearing it’s third crop. Cherries are smallish, very crunchy, 27 brix and still very high acid. I’m hoping to leave them another week to balance out the taste. 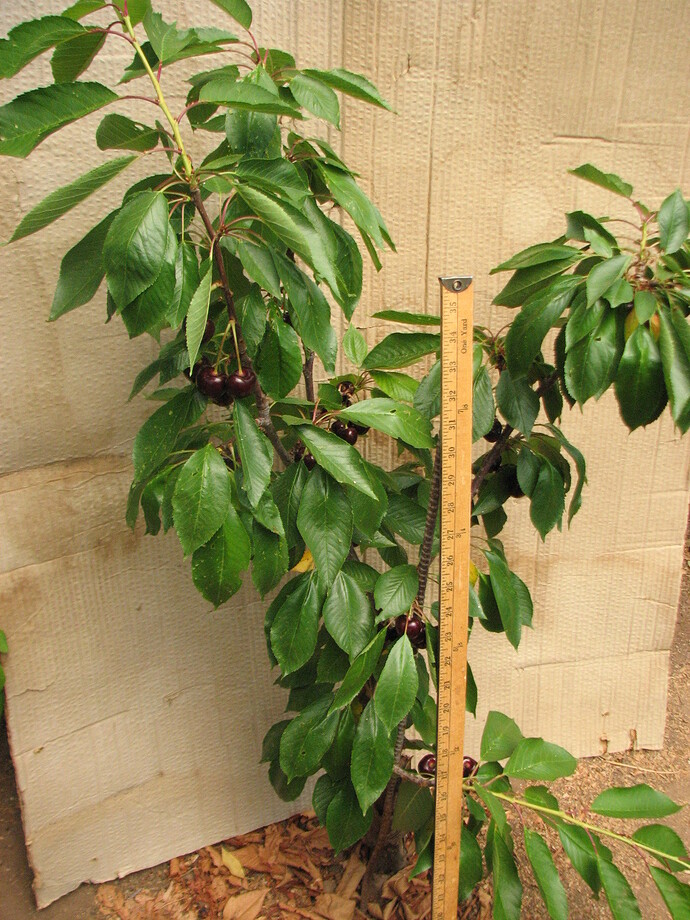 Second tree is about 5ft tall, 3rd leaf, first crop, and Cowiche on G5. I tasted one a week ago and was very sweet and acidic about like the Bing. 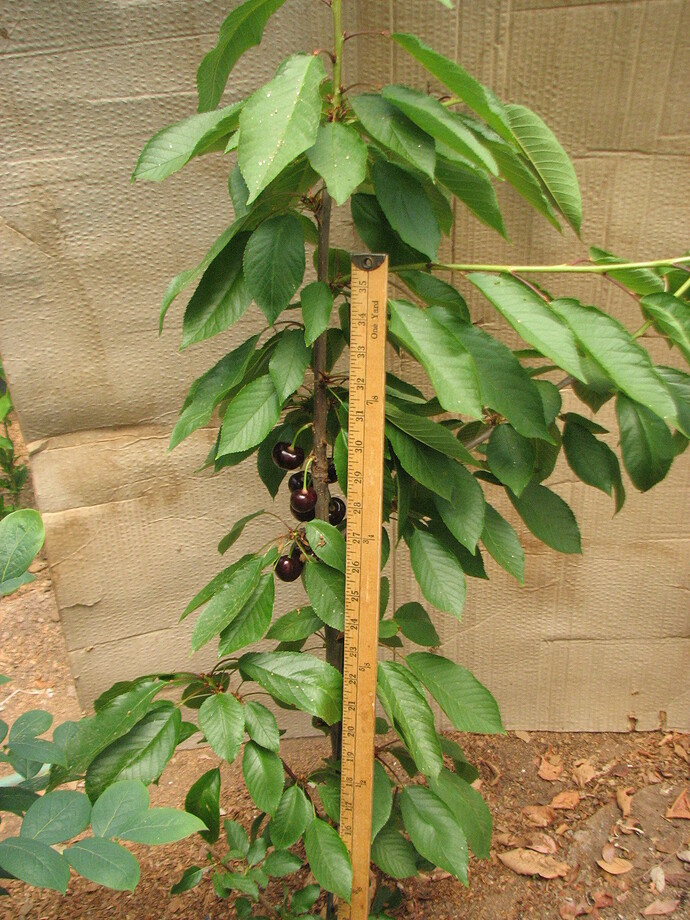 Everything in Texas isn’t bigger. Except for the taste. These are about the most potent sweet cherries I’ve grown.

Nice pics. I’ve never heard of Newroot 1 - how do you like it so far?

I think that’s what Dave Wilson Nursery now calls their dwarfing cherry rootstock. I like it for the tight spacing in my greenhouse. I’ve got four trees on that root. The others are bigger, about 6ft tall. Two of them that were moved winter before last do wilt more than nearby trees. They might root in better and grow out of that phase. So far that hasn’t been an issue where I want small trees.

A friend gave me some Van sweet cherries today. They were picked 3-4 weeks too early and run 20 brix. Those really are too sour for me to stomach.

I’ve got a potted Lapins on Krymsk5 as well as a couple Surefires and a Danube. I am curious about other dwarfing cherry options. I see Giesela 5 used on trees from Raintree but I have never seen the rootstock alone for sale. I have a Krymsk 5 rootstock waiting to be grafted.

That’s great how early your cherries are. They are still scarce in stores here. Do you have to shade them when it gets really hot? It is hard to imagine how they would do in a greenhouse there mid summer. What great control you have over disease and pest pressures.
Carole

No shade needed in the greenhouse. It has a double layer of woven poly which by itself shades more than I’d like. The evaporative cooler works plenty well enough to keep the trees cool.

Cherry is the only thing that gets a bit of fruit rot. I haven’t seen any this yr. When I do get a little it’s mainly because I leave the fruit about 2-4 weeks longer on the tree than most folks. It’s really nice not having birds and coons inside the greenhouse.