I took these pics yesterday (2/24/17) when it was 72 degrees, today it is snowing and most reports have our overnight low around 24, but accuweather says 15. I have lots of other Euro plums not pictured but they are all in a similar stage as the Castleton, Rosy Gage and Opal shown here. Cherries are all similar to the Black Gold shown, peaches are all about the same. What I’m worried about is my Jefferson and unknown green gage type that for some reason bloom very early. I’ve sample both and they are definitely some type of gage. If they are in “tight cluster”, they should be allright. If they are in “first white” maybe not. I’m not real good at identifying the bud stages. Check out the pic of the Kamchatka Honeyberry and the Honeysuckle vine already leafing out in February, and I live near Cleveland! Yikes! 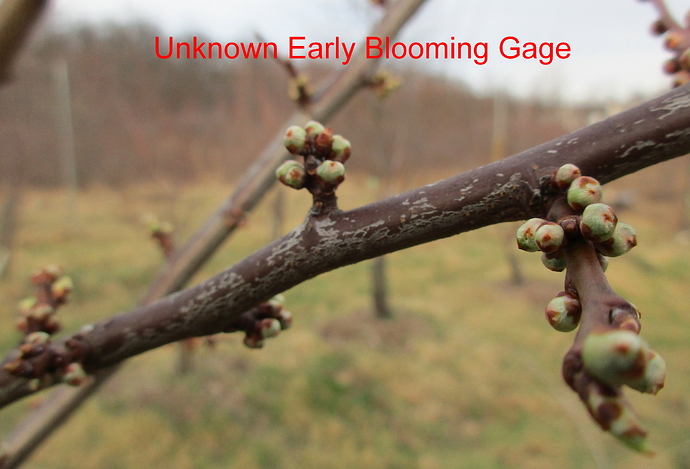 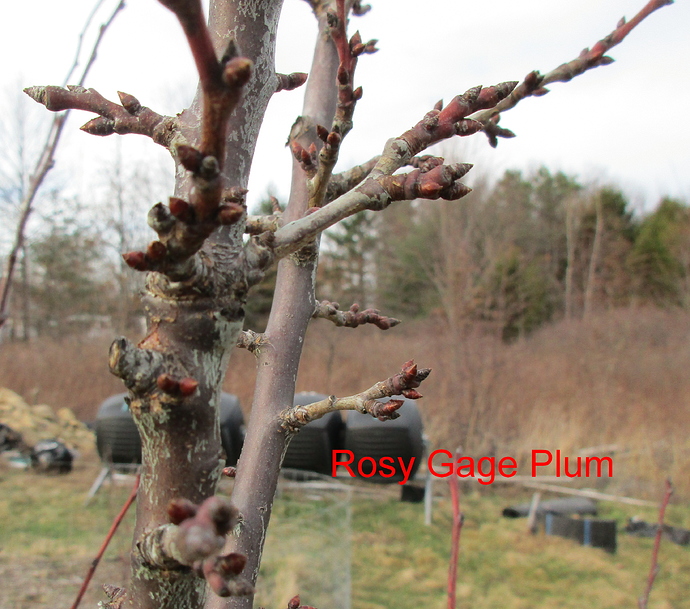 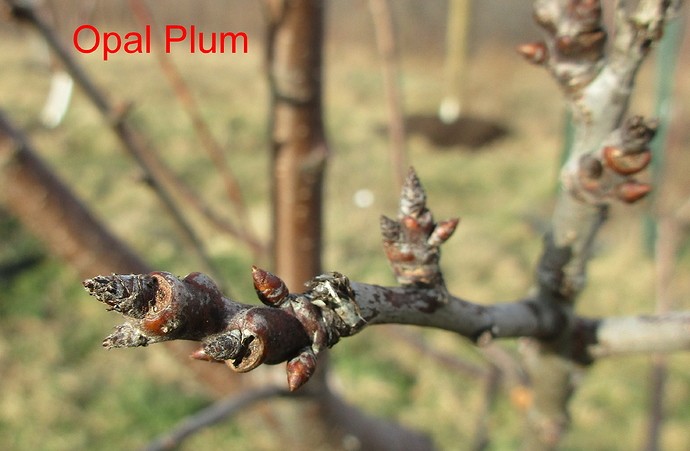 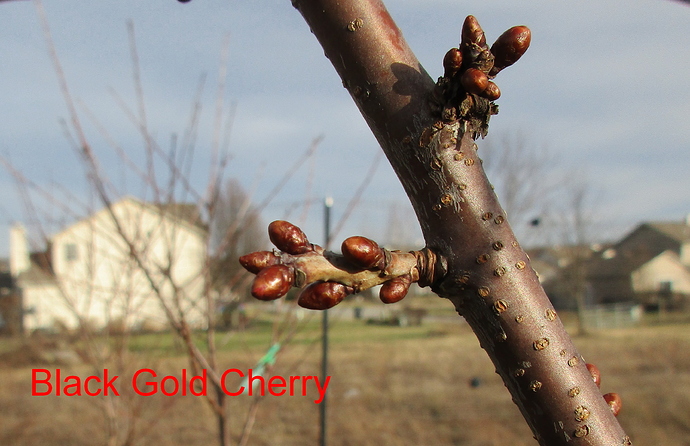 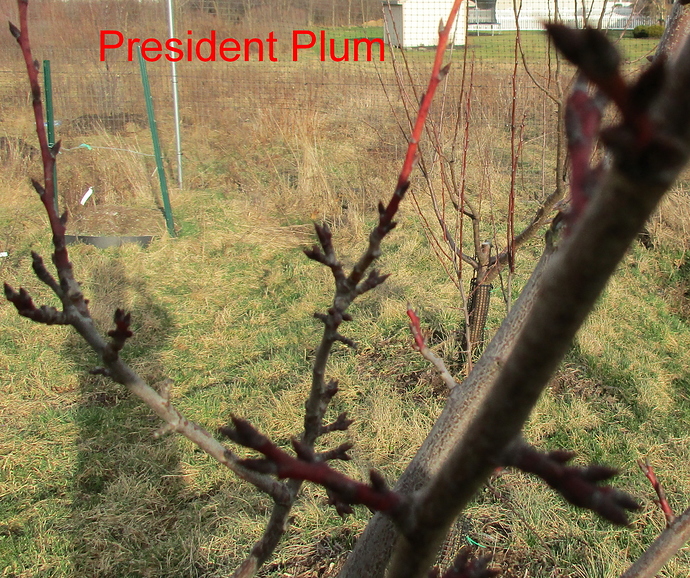 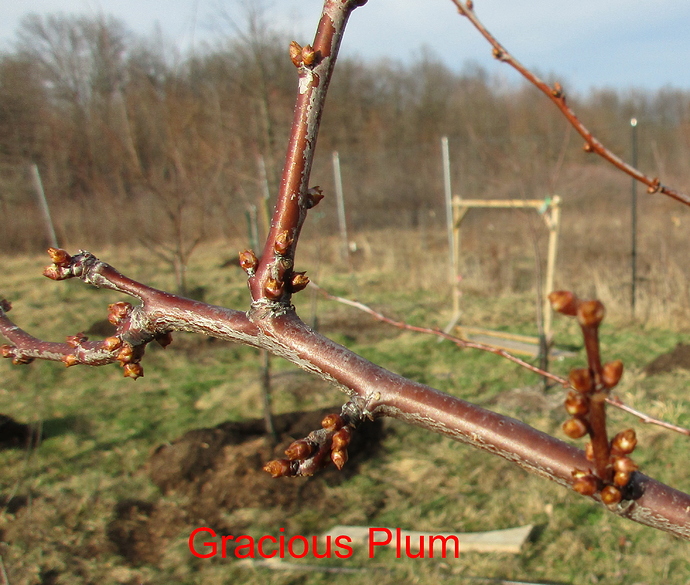 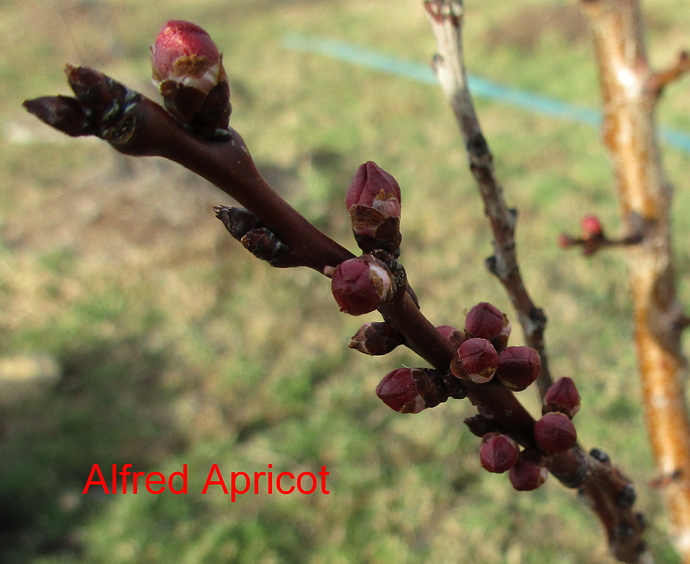 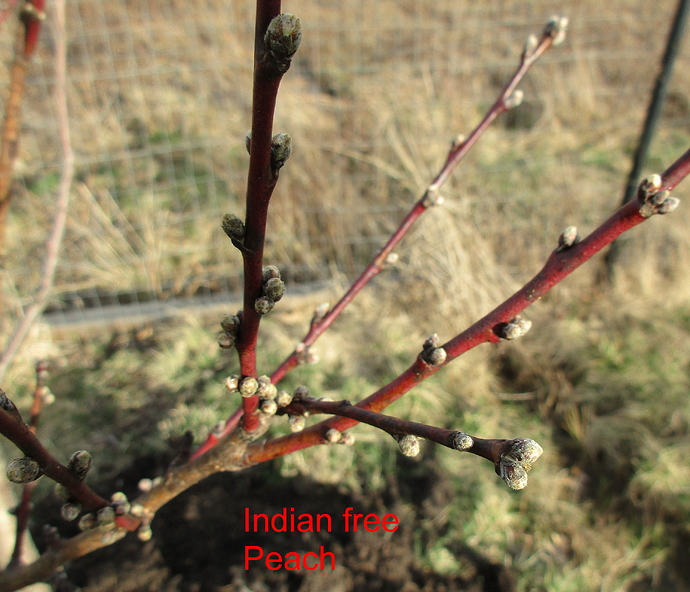 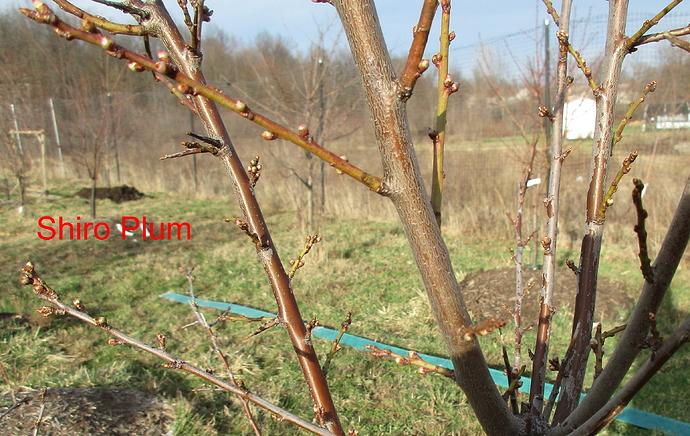 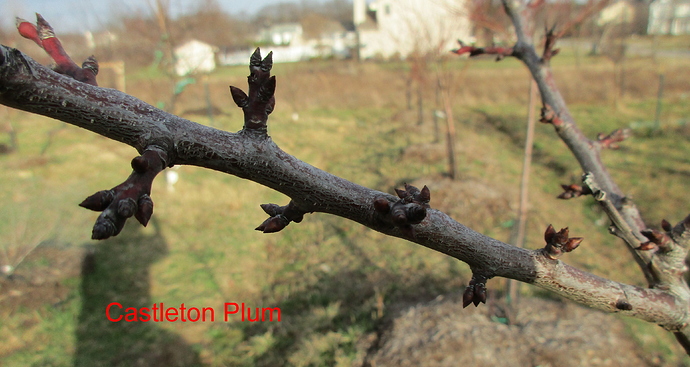 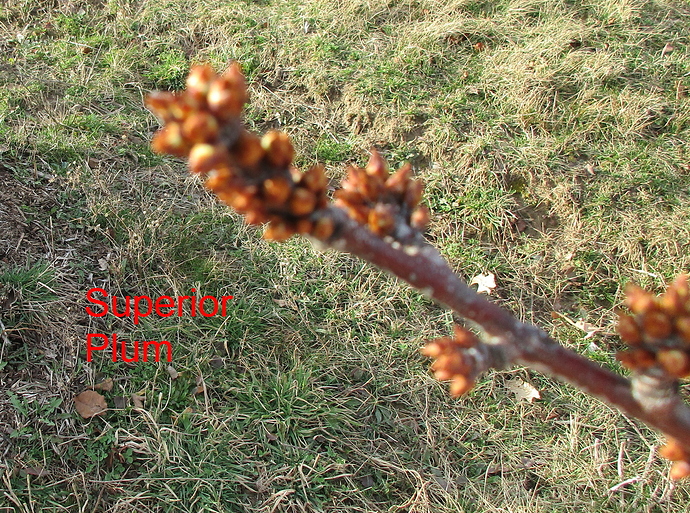 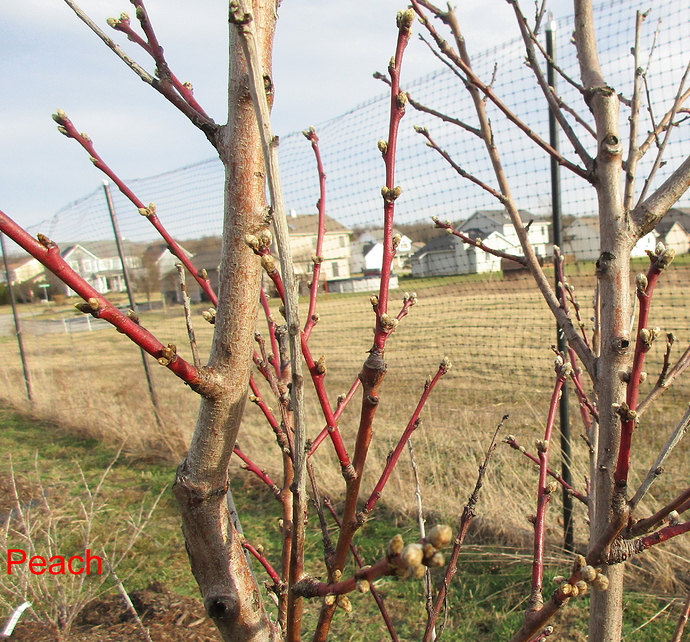 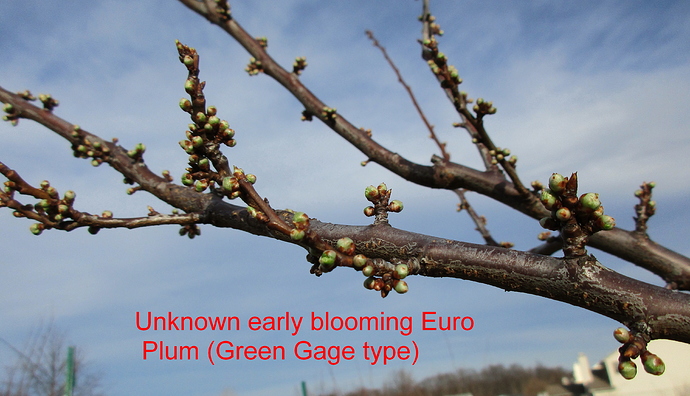 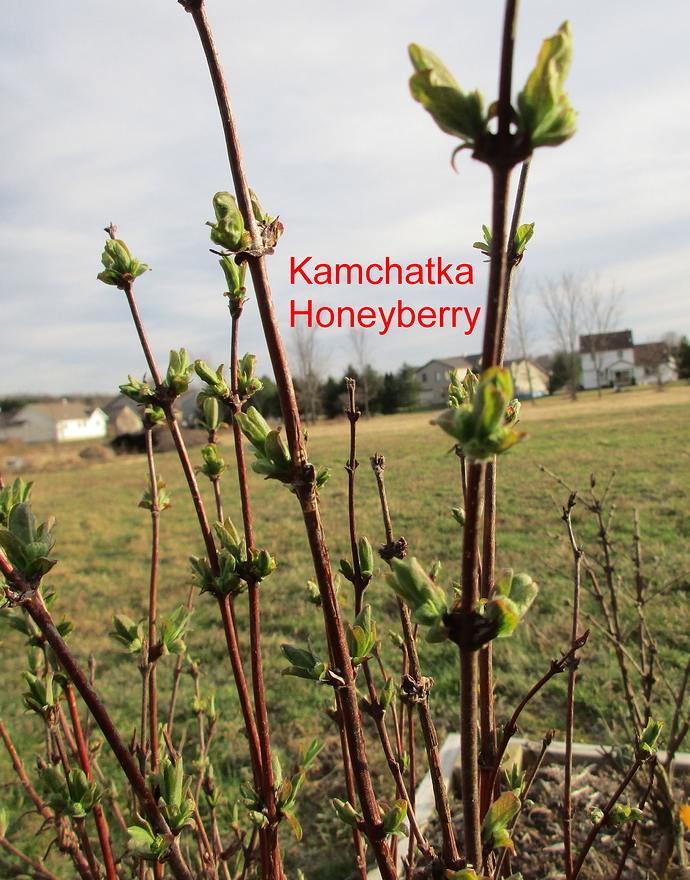 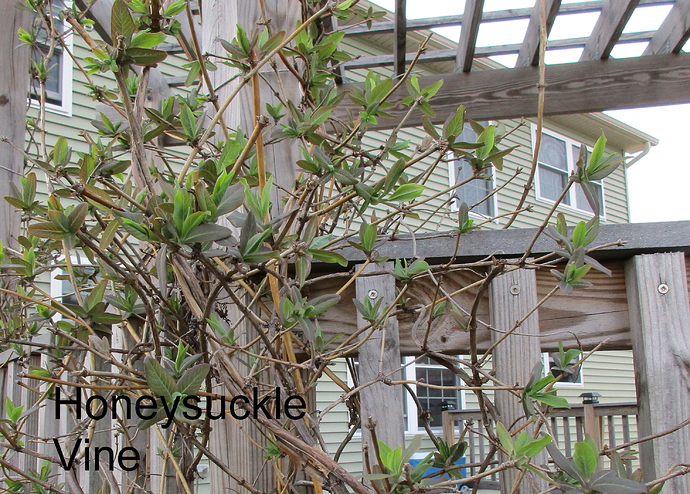 I have the winter looming honeysuckle, lonicera fragrantissima, in my front yard and I suspect it is less than a week from blooming.

I was hoping to see if it would pollenate the honeyberry honeysuckles.

It will likely bloom too early, unless the return to cooler temperatures slows it’s progress.

This is our (2nd year in the ground) Redhaven Peach yesterday. We’re in zone 6b, VA. 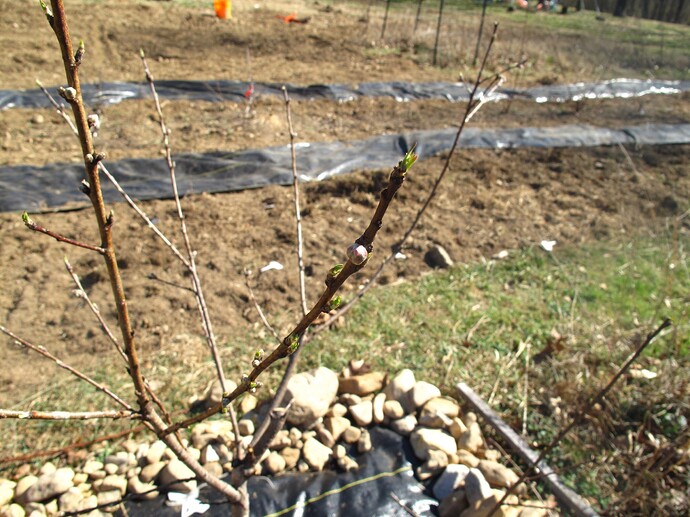