Every winter around this time, whether it’s been fairly cold, or mild, someone on Facebook freaks out and says “My daffodils are already popping up? Will they die?” and inevitably brings up climate change and says this has “never happened before”. Note: this is NOT a climate change denial post at all, yes, it’s happening, and I’m not arguing otherwise. However, it has definitely happened before, and in fact, in all but the coldest climates (zone 4/5 or colder, probably), it happens pretty much every year.

While climate change and warming winters/springs have certainly pushed the average emergence and bloom dates a week or three ahead in most of our lifetimes, it’s not actually unusual or unprecedented to see the tips of most spring-blooming bulbs (daffodils are usually first) start poking in winter. Sometimes even EARLY winter. I’d go as far as to say it’s pretty typical. Some bulbs, like Muscari and dutch Iris, push foliage in fall. This has been my lifelong observation.

Even as a kid in Ohio in the 80s, there were usually visible tips of growth by February if we had any sort of winter thaw at all (we usually did, except maybe years like 1985). Only in the hardest winters (where ground is frozen solid for three months with few interruptions) did they not.

Am I the only one who noticed this YEARS ago? Yeah, it’s creeping earlier, no doubt, but if you think about it, for a daffodil to bloom in Late March, it probably has to start showing it’s face a month or so before that to have time to grow.

I have daffodils pop up in the fall some years.

Very true, although it seems to vary by variety.

I have some that are just breaking through, but then I also have one patch that is a foot tall and has the buds up 8 inches or so. The cold this year seems to have really damaged those buds or maybe even killed them, so I may remove them this year if they don’t have any blooms. Last year was the first year they were in the ground so I thought maybe that was it when they came up so early, but they did it again this year.

Besides other weather issues, it feels like we’re having an extended fall before it really gets cold, so maybe they are low chill and get enough hours to make them start too early.

here in z4 ive had rhubarb come up through a ft. of snow in mid apr. which is very early here. lack of snow doesnt change the date much either. must be more about ground temps than light that triggers them to grow.

Interesting, you’re not far from me, but my tallest ones are only about 2 inches. Are they perhaps on a South facing Hillside?

I still have some that have not emerged, but if I dig around in the mulch I can see them poking.

During a warmer part of December I had some trying to come up already. I also put out 200 more saffron crocus bulbs this fall and all of them have sprouted foliage as well.

What I find interesting is how early some of them try to emerge, especially daffodils, which I’ve always understood them to need chilling. Yet they’re coming up before we even had any.

My layman’s opinion is that “chilling” can occur at a much higher temperature than we realize, maybe anything under 55F or so.

It is still too early here in zone 5 for them to come but for sure. Still none of those early flowers. It has been my experience that bulbs you plant in the fall do come up early. That is why things like tulips get eaten by deer or rabbits before you get to see many flowers. Daffodils just have poison for the animals so they don’t eat them.

Are they perhaps on a South facing Hillside?

Nope. Just in my relatively flat front yard on the NE side of the house.
Here is what this early emerger looks like after consistent nights in the teens. 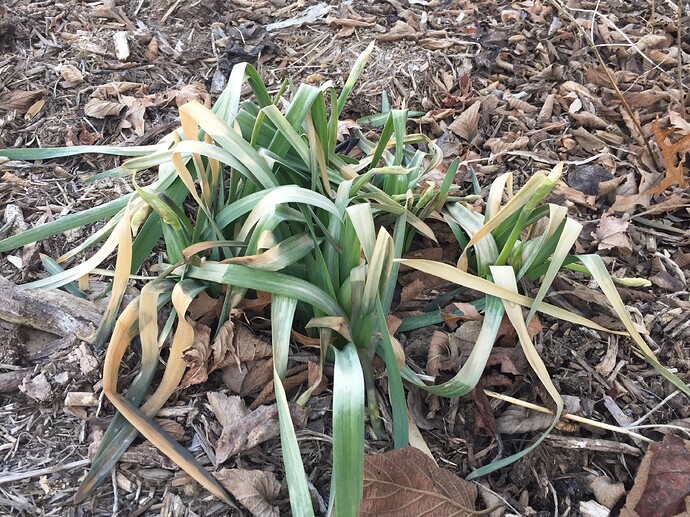 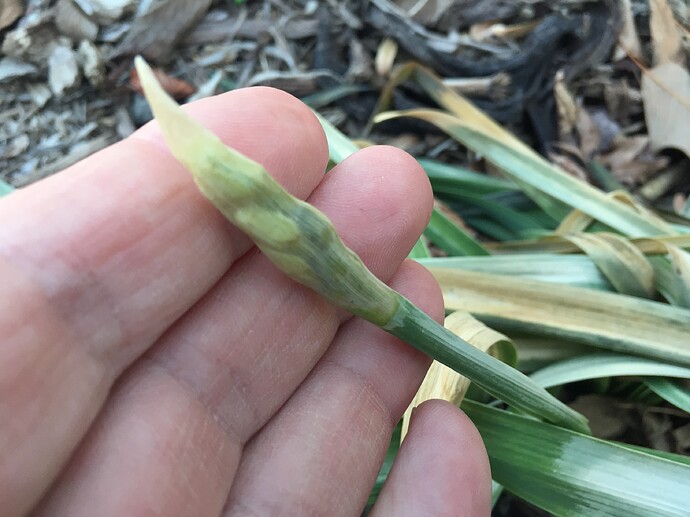 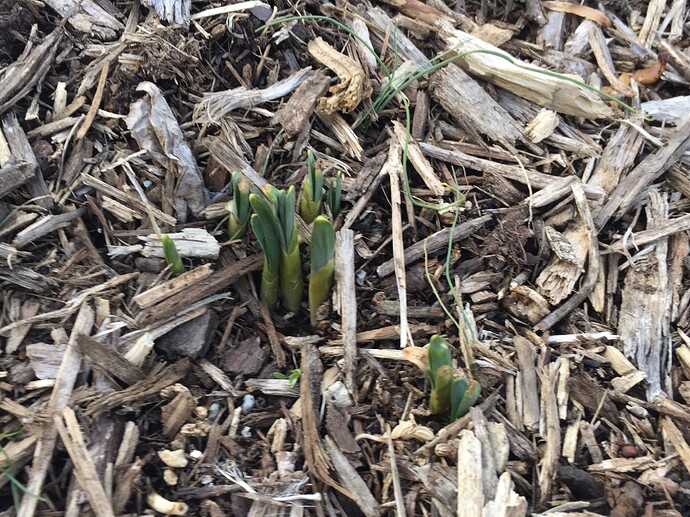 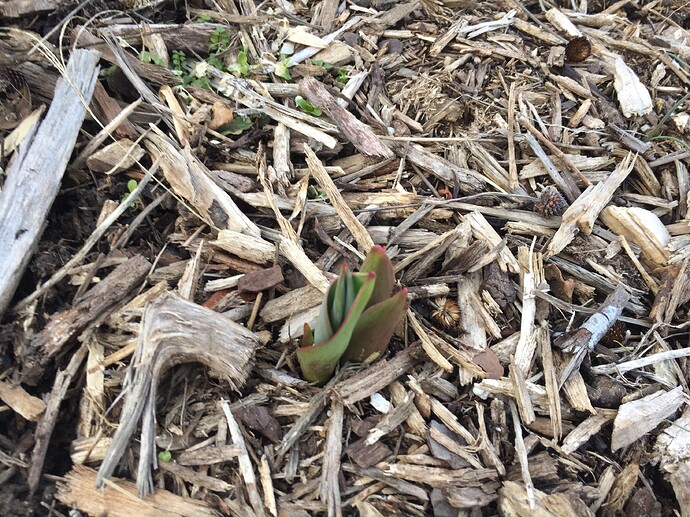 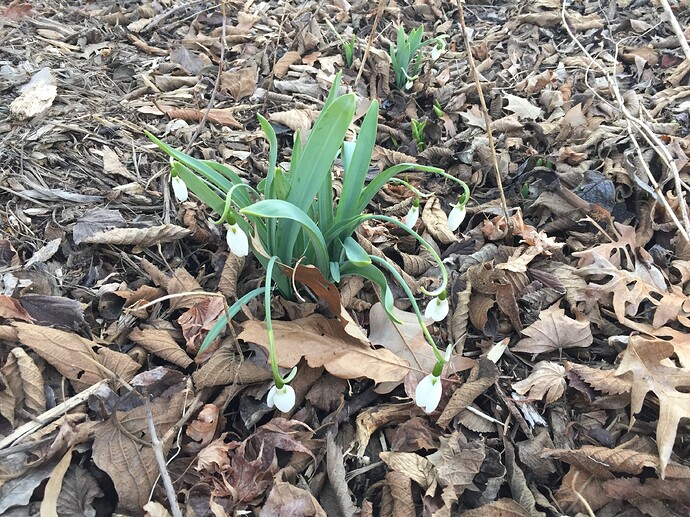 Mine look like your bottom three, although I do have some that are a little bigger than that second photo.

That top one looks rough.

I’ve been as cold as 9° a couple times this winter, so I’m thankful mine aren’t up that much.