Any idea what this “confidential rootstock” could be? It’s an Australian website, on it I saw a mature dwarf peach I liked the size of and inquired what rootstock it was on. 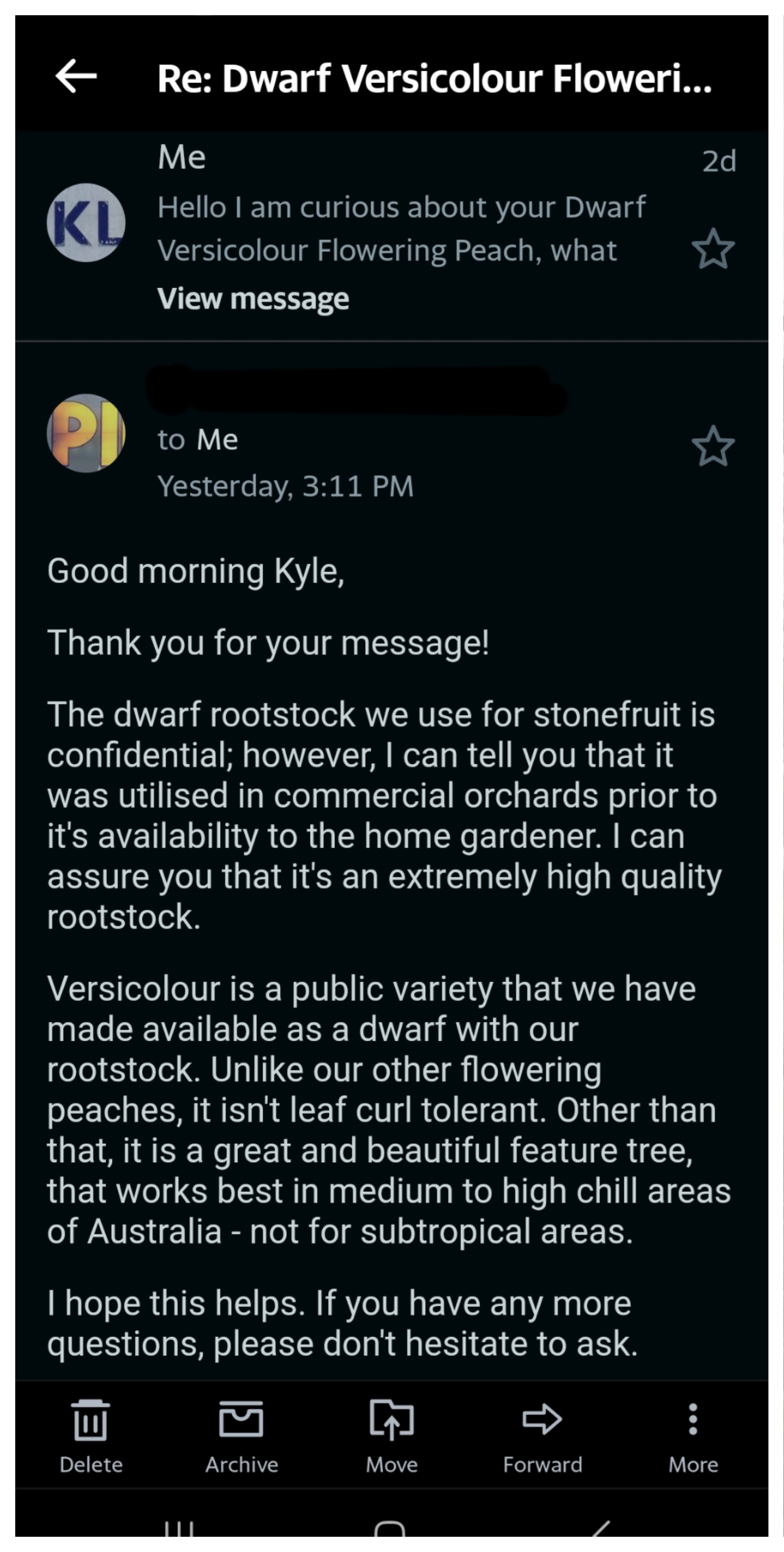 As you can see the seller states it was used commercially before becoming available to the outside world.

My guess is that they either don’t know the name, or it’s under patent and they don’t have rights to be propagating it. There’s no valid reason to refuse to disclose the cultivar name of any plant being sold.

I was doing research back in 2020 on dwarf peaches. You can see some of my posts from back then on this website. What I ended up learning was there is no naturally dwarfing rootstock for peaches. I inquired about Stark Bros here in the USA stating they had dwarf rootstock for peaches but people reported their quote on quote dwarf peach trees were 15 feet and not truly dwarf. There are genetic dwarf peaches and nectarines though. Either there is misinformation flying around or it is a super new rootstock.

What I ended up learning was there is no naturally dwarfing rootstock for peaches.

Right… Have you ever seen a peach on Krymsk-1?

Raintree claims it will dwarf it to half standard which is more semi dwarf than dwarf.

So, your answer to my question is “no, I’ve never seen it”. Thank you, I have no more questions.

I have a Babcock on Pumiselect that my neighbor gave me as a gift five years ago. It has stayed fairly small and sets a lot of fruit. However, the peaches are fairly small even after thinning and not my favorite.

Either way, probably not the confidential rootstock in the original post but thought it worth sharing. 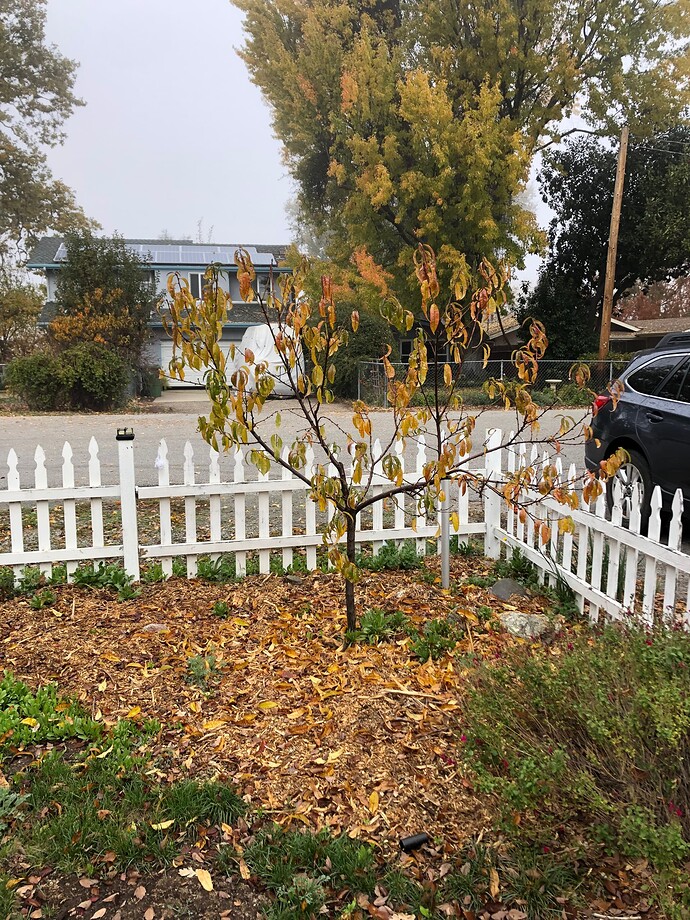