Do I have any hopes for this tree?

Do I have any hopes for this tree?

On the first two pictures is Antonovka on G16 from Cummins planted in April. It woke up just fine, and had flower clusters in each leaf bud, and every cluster had at least 5 buds. I tried to remove all of them before they bloom, as soon as it was possible to to separate the flower bud from grows. Some time after that we had overnight invasion of Gypsy moth, that made holes in every leaf. Next day I picked the caterpillars and sprayed with Monterrey insect spray. At that point the tree’s only development was downhill. No new grows at all, the holes become surrounded in brown margins, leaves are curling. 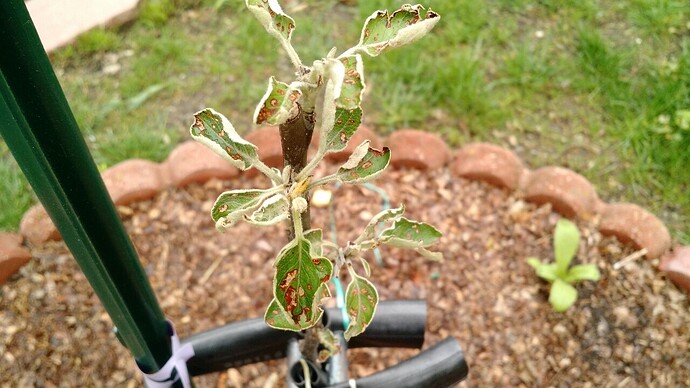 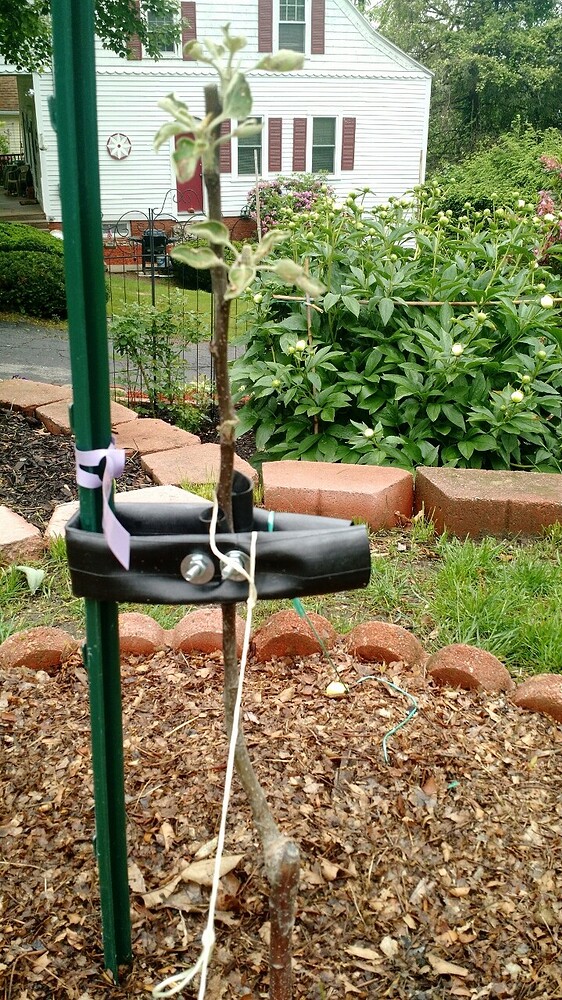 I added pictures of two other trees from Cummins planted at the same time and in the same location growing well. 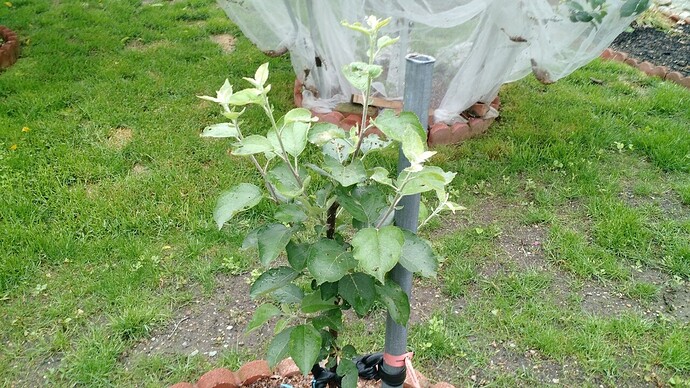 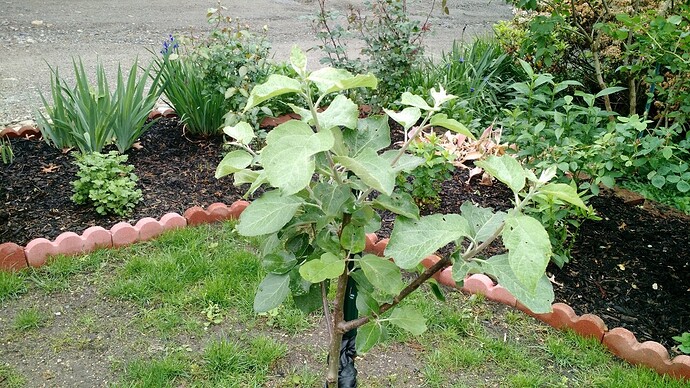 What’s in that spray?

Never heard of that doing harm to leaves

I think it is coincidence. But I don’t know what makes leaves turn brown around moth damage…

It will likely recover with your good nurturing care.

I think even if the leaves all fall off, if that little tree’s rooting system has established, it will push out new leaves. This may just be a temporary setback.

What bothers me, there is no development at all for at least a month. Those few damaged leaves are sure not in a stage to feed the tree, so if it has enough power it should already push new leaves, but it doesn’t do so… And constant rain is not doing any good to that tree as well…

I’m thinking it could be a blight- I hope not, but it does looks suspicious to me.

I may be using “blight” too casually, when I might better have said “disease”. I really don’t know what it is, but it makes me nervous!

Alternaria Blotch kind of fits the picture. So prognosis is defoliation. The question is, if the tree going to fight back with new leaves or not… I still don’t understand why it didn’t produce any grows, almost like all the power was left in scion itself to open last year flower buds… almost like there are no rootstock…