Hello,
The title says it all. Im interested in growing Illinois everbearing mulberries but am concerned I’ll ultimately be setting up a pretty large reservoir/breeding ground for SWD. I’ve googled this topic and it looks like they can, but I haven’t seen any information as to the extent that they do. Any insight on this topic would be appreciated!
Thank you

I’m not sure when IE stops bearing fruit, but most of the fruit should be done long before SWD arrives.

I’ve actually read they can ripen from June through August, so it would be during SWD season unfortunately.

The main crop is done here by August and I’m in Z6. I have plenty of SWD but it doesn’t really affect any of my crops. Whatever eggs it may lay I’ve never found worms in any fruit I’ve harvested, even my raspberries. IEM fruit are still pretty firm when ripe- pick them then and I doubt there will be any problems.

You have SWD but they don’t lay eggs in your raspberries? I thought raspberries are one of the most affected crops? Are you sure you have SWD then?

They swarm around my berries every year lately. Weren’t there before and look like fruit flies. I have to admit, they could possibly just be fruit flies, but they’ve always been a problem in my kitchen, and only appeared outdoors after SWD was common in my parts. I don’t bother identifying insects that aren’t really a problem for me- brambles haven’t been an important crop for me for years anyway. They and mulberries are just foraging fruit that I eat off the plants and have never been bothered by worms in the fruit.

Perhaps the worms tend to form while fruit is in refrigeration for commercial sale in my climate.

Fruiting season for IE here…70 mi NW of Nashville TN is early June to mid-late July; ~ 6 wks, 8 wks max.
Not sure if I’ve got SWD here or not…thought I had some in blackberries this year, but not sure…nothing amiss with mulberries, other than Popcorn DZ on IE.

Can anyone tell me witch SWD this is

single wing dropsphelia. It is another recently imported pest. My spell-check put a red line under dropsphelia. Maybe in 10 years it will be an accepted word.

Single winged insect? I’m afraid I’m going to have to flag your post for inappropriate content. Cruelty to insects…

Must have been whatever you did to the poor thing, because in nature they have at least two and sometimes more.

It is end of Aug, my IE is still producing berries, just less in quantity and not as tasty as they were in spring time. I did find worm on the berries but I don’t know what the SWD worm looks like so I can’t say it was SWD. At the time, I thought it was fruits fly worm. Around which month in zone5 when SWD is supposed to appear?

Just so everyone knows, SWD worms are tiny! They are hard to see, and can be easily mistaken for something that’s just part of the inside of the berry, until you look close and see them moving a bit. People eat them all the time without knowing, and I’m sure they cause no harm, but they make the berries less palatable. They must eat the sugars, because SWD infested berries are way more sour and less sweet.

Thanks for weighing in on this, I didn’t realize you have an IE. SWD are essentially very small worms (when developing) that are hard to differentiate from any other larval worm. That being said it’s probably SWD but it doesn’t sound like it’s a big issue in general for you. Was it just an isolated incident or do you find several worms this time of year? 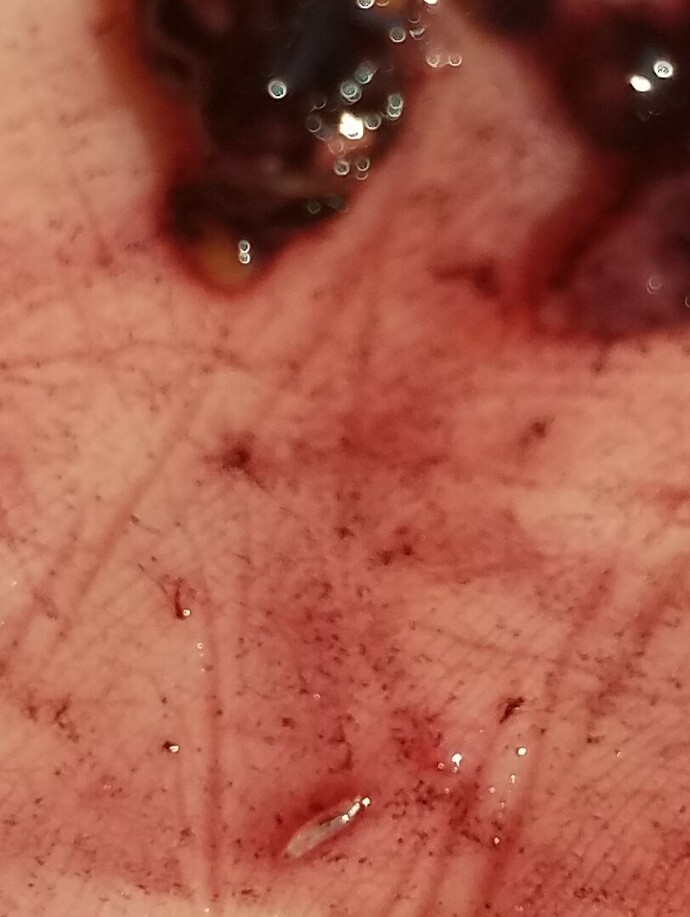 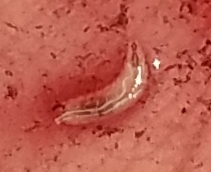 Trev, thanks for posting the picture. The worm I saw did look like the one in your picture

That being said it’s probably SWD but it doesn’t sound like it’s a big issue in general for you. Was it just an isolated incident or do you find several worms this time of year?

Well, I don’t know just one worm or had more that I didn’t see. I am not too concerned about worms in general. I think many of us fruits grower are the same way. I probably have eaten many worms without notice in the past because I often eat fruits right off the tree especially berries. Since the SWD worm is very small, If I am not looking for it I will never know it is there. Actually I didn’t discover the worm, a friend of mine did. I brought some just picked mulberries to a friend’s afternoon party 2~3 weeks ago. Since mulberries are hard to find in the market , my friends really love to have them as a special treat While we finished more than half of the mulberries I brought, one of my friends found something , really tiny white worm hiding in one of the mulberries. I don’t think there was just one worm, I think there were more that I didn’t see. I thought was fruits flyer at that time so I really didn’t pay much attention till I saw your thread talking about SWD on mulberries.

I still have some ripe, unripe mulberries on the tree now. They should be done in another week or so. but the eating quantity really decreased a lot. And I have other stone fruits to eat so mulberries are not my major interests this time of the year. But your thread reminded me to spray for SWD next year if I am not too late to spray for current SWD I have.
Here are the picture I took today 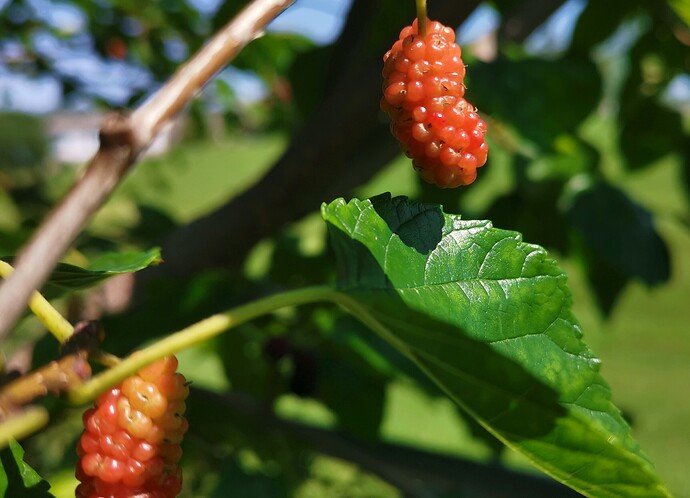 that are hard to differentiate from any other larval worm

Not really most others are huge compared to SWD. You almost need magnification. Best way to tell is put fruit in fridge and after a few hours look for worms on surface of fruit. Smaller than little ants. Not easy to see…

He is in northern GA.

I am in southern TN.

I am going to try a Girrardi next myself… and hope that I get many ripe fruit from it before swd show up.

So far here I have only found swd in blackberries… July to early august.

I have strawberries and blueberries and some raspberries ripening in that time and have found no swd in them… and I have looked hard.

Blackberry seem to be their choice fruit to infest here.

I did have some white mulberry to ripen this year mid June. No sign of swd in those… if they were ripening in July… and perhaps if black fruit could be a problem.

Adult flies are far easier to tell apart than their larvae.
Just put out a simple vinegar trap and see which species of fruit fly is caught.