Hey all, I have some seedlings that I sprouted and all are doing fairly well, although they are in pots a pit small (7ish gallons). I’m not too worried, since I have 12 plants in the ground at another location, so these are mainly for fun and for my nephew to see them grow.

I’ve been noticing what I believe is either early blight, or a calcium deficiency.

I’m not sure if it would be Ca because I incorporated a bit of gypsum into the pot at planting (though I know it takes a bit of time to become available). I also use a complete fertilizer (either fish emulsion or American hydro grow, and bloom). All of these have some form of calcium.

As for it being early blight, I really have no idea. I haven’t grown tomatoes since I was 14 (10 years ago) so I really don’t have a memory of what everything looks like. 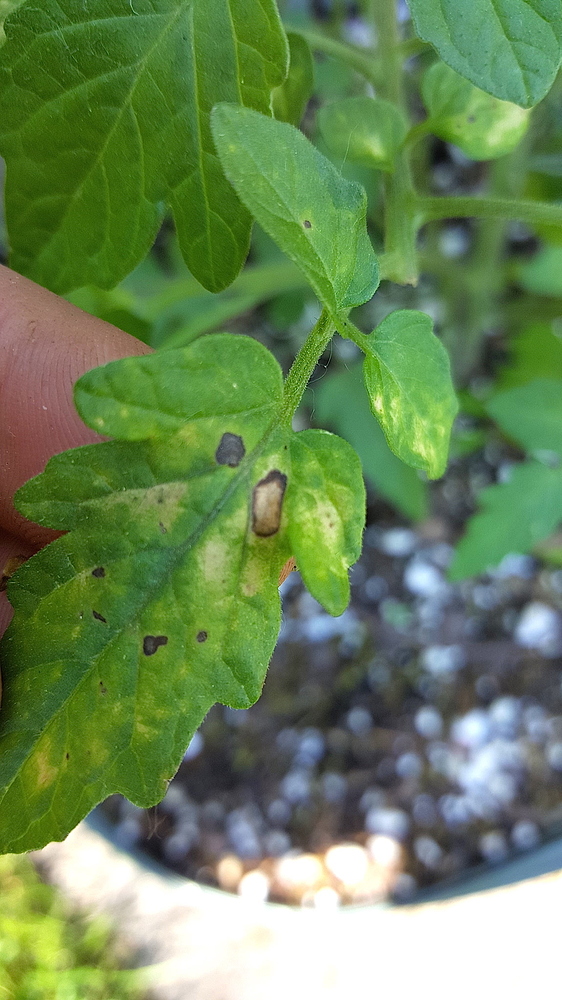 I’m no expert. Whether or not it’s early blight, I don’t know. It does look to me like a bacterial or fungal attack as a opposed to a mineral deficiency because of the necrotic spotting.

I only chose early blight because of pictures in ID guides from the universities. Just a shot in the dark type ID.