Here is what it looked like when I un-protected it this spring. 7 cut back trunks, some larger some smaller, around 2 ft tall. 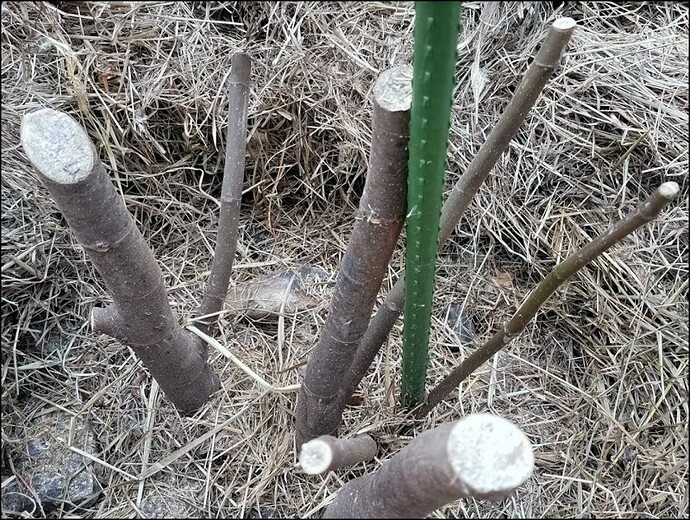 My winter protection worked well and it is growing nicely now…
But each one of those 7 short trunks now has 3-5 new shoots on them heading up for the sun.

I am considering removing some of those that are heading back to the center and leaving most of those heading out (a more open center, hopefully better airflow, sunshine getting to all and not being so crowded in the center).

This is year 3 for my CH Fig… if that makes a difference.

Is there a Max # of recommended shoots of new growth for a Fig ?

Do any of you thin yours - if it was getting all crowded like mine is ?

if i had a bushy tree too much growth i would prune some of the smaller or weaker or odd angled to give more room to the other branches. I think it will be less crowded and better shape.

Definitely thin out the center of the bush and any small, weak branches. You can keep as many stems as you’d like as long as they are not shading each other out. Those leaves/branches need sunlight to set fruit. You can bend some branches around the edges to the ground and cover them in soil once they somewhat lignify. These will root and increase the diameter of your fig bush. A wider bush with more branches will allow you to increase your harvest. It would take more effort to protect during winter though.

Thanks you all for confirming what I thought needed to be done. I will remove some of the smaller shots that are crowding the center and train the taller stronger shoots so they spread out more to get more sun to all that remain. 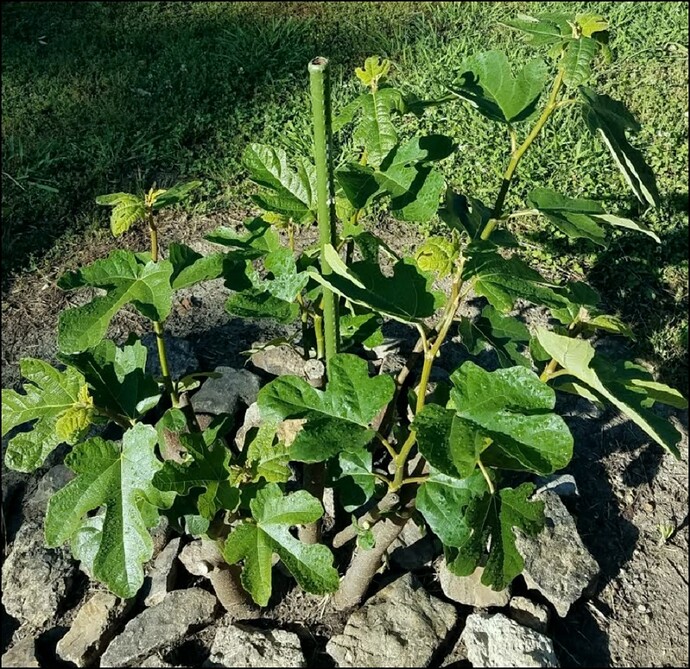 I pruned out some of those shoots in the middle - opened up the center some.

Looks better to me now. If I need to later on I can stake and tie some of those shoots outwards to open up the center more as they grow and get thicker.

Last spring because of my inexperience with figs… I did not protect it over winter and it died to the ground and came back from the roots. Looking at my first pic above it looks like I let 3 main trunks grow up last year (the 3 larger ones) and then later in the year some smaller ones grew out too and I left those. (3 large, 4 small)… total of 7. Since it had to come back from the Roots it got a much later start than it is this year, and we still got 75 figs before first hard frost.

This year I have 10-12 shoots left there… growing nicely, and they are much farther along than last year since they just grew from my trunks and buds that survived the winter. Hopefully that will mean more figs, and perhaps earlier figs this year.

It looks great to me! I bet you’ll get a better yield this year with the way your fig bush looks.