So pictures below are of my bare root Flavor Finale Pluot that was planted back in January. It’s obviously either just about dead or all the day there. It started out reasonably well but the leaves have shriveled up and it looks like it’s just about toast. I’m in SoCal, so it’s not like a slow wake up or anything (hard to see, but the third tree in the back of the picture is Emerald Beaut, which was planted bare root at the same time and is growing well despite aphids munching on him. I’m probably too late, but any suggestions on last minute resuscitation ideas? I’ve considered cutting it below the branching and transferring it into a pot, but not sure what else to do other than keep it watered. Sorry the pics aren’t better quality, but best I could do with the iphone. 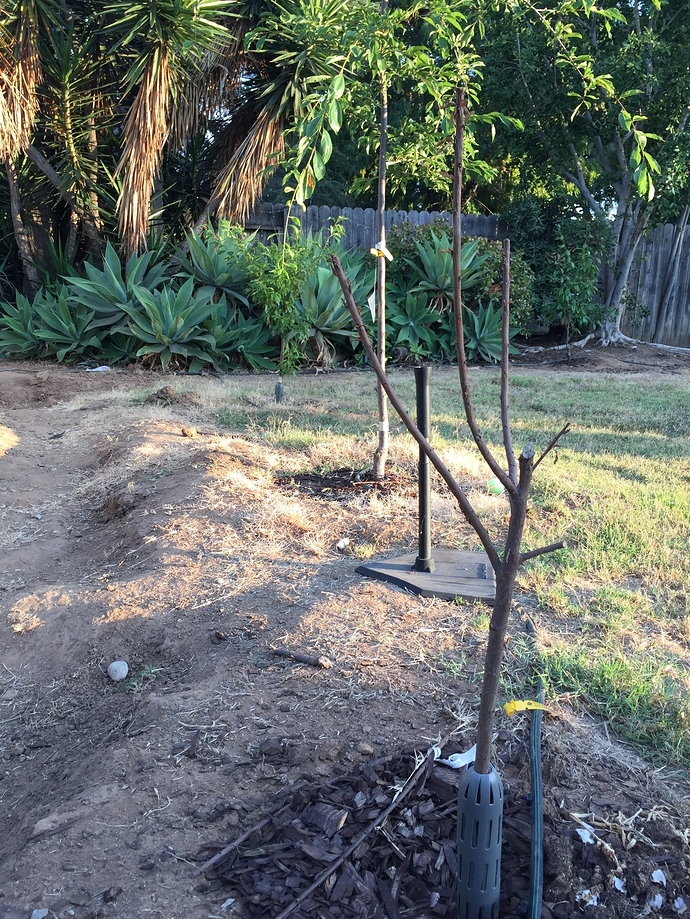 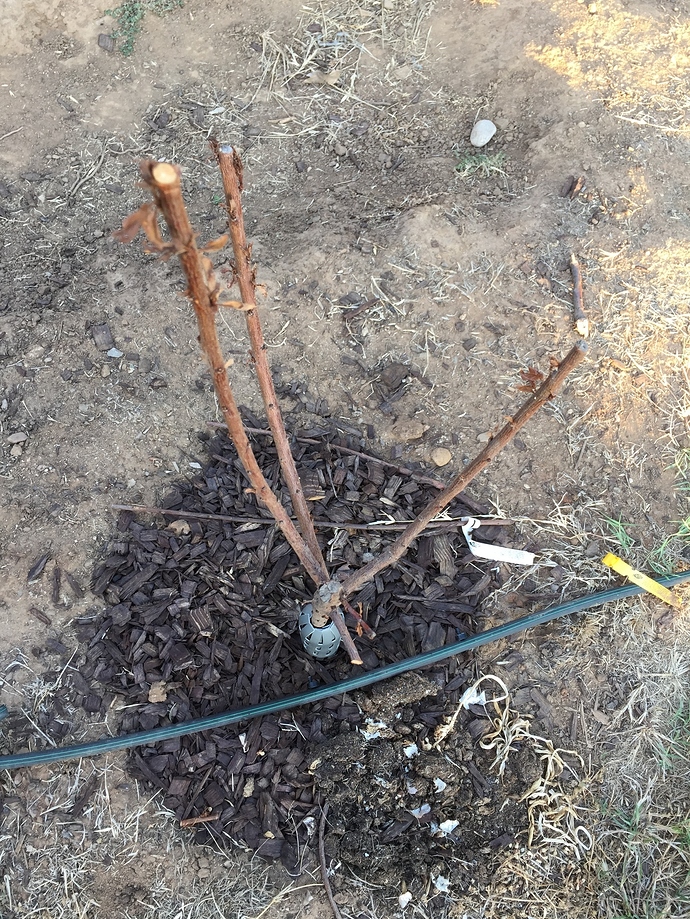 And finally, the best shot I could get of the tree bark after pruning off a half inch or so. 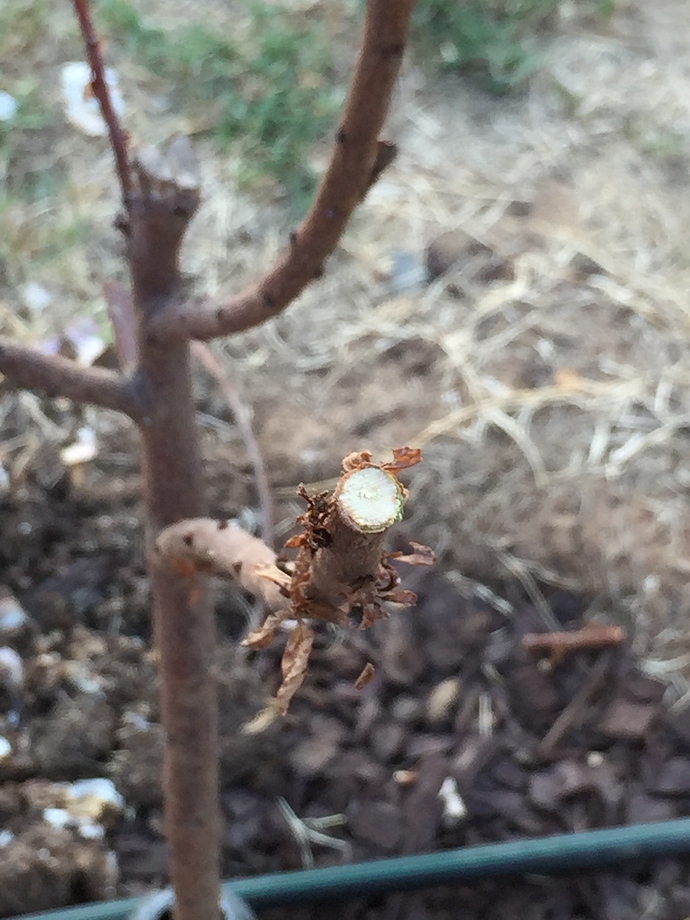 That hint of green is enough to make you hope! But frankly, I think it’s a losing battle. If you choose to fight it there’s at least the educational value.

The big education though is in figuring out what happened, and I’m afraid you’re going to have to yank it out to find out. I think your tree’s done for, sooner or later, sorry to say.

Call it a day. Put it out of its misery. When the leaves shrivel like that, its the end of the road. I’ve seen that happen to scion and then the rootstock will send up shoots…in your case i wonder if its not the whole root system that is toast.

A tree like that I would pull right now. Once its in the compost pile you will feel a lot better, you can get the replacement ordered etc. Its a 100% goner.