I purchased a fruit cocktail tree from an online nursery. It arrived as bare rootstock. Planted, it watered, and it’s growing nicely. The question I have is, I have about 6-7 shoots coming off the rootstock but only 1 is coming off the graft location. I can see where the buds were grapted, but nothing is growing out at those locations. Will they eventually come out? Also, since I have 6-7 shoots all but one which is coming off at NON grapted locations, should I prune them off or let them grow?

Welcome Robby. id prune off everything below the graft union. that will send the plants energy to the grafted buds. also you want nothing growing from the rootstalk because its not the type of fruit you wanted.

Steve. Thanks for the reply. See my attached photo. 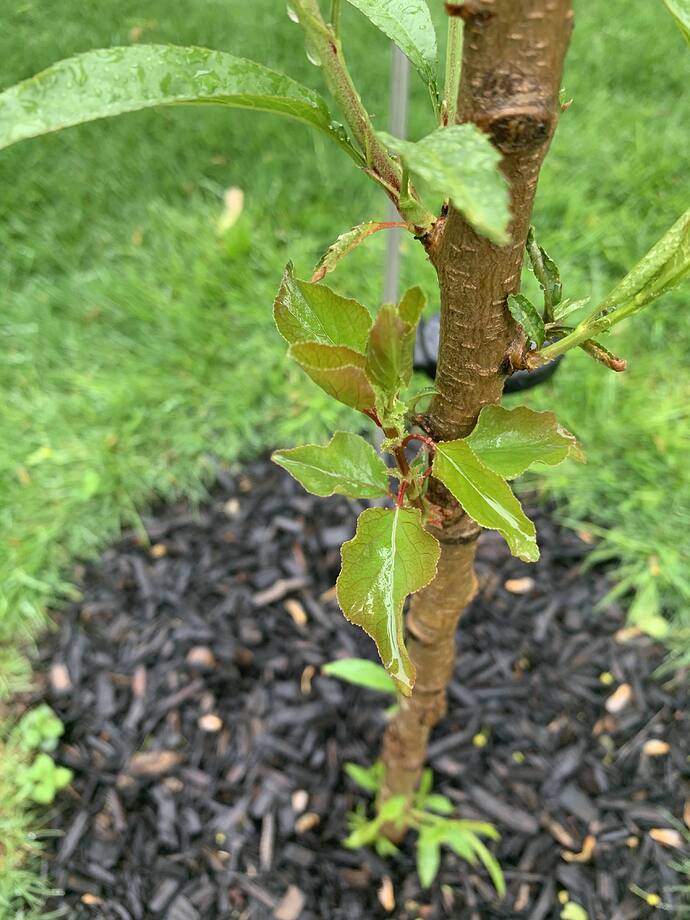 Here you can see the 1 graphed location that actually started to grow. Are you saying I should cut all the others off unless they sprout from a graph location?

is the graft behind the 1st cluster of leaves in the middle of the picture? its hard to tell. if it is id prune everything off below that graft union. anything that grows above it is good.

Sorry I don’t think I was quite clear. What i received, was just a straight stick with a root. There were NO branches coming off the middle of the tree. On the tree however, you can see where they had grafted some buds. See the pictures below. After planting, only 1 graft location sprouted a branch. All the other branches that have spouted have come directly off the tree. Should i clip all the other branches and hope that branches come off at those graft locations, or am I out of luck for the other grafts? 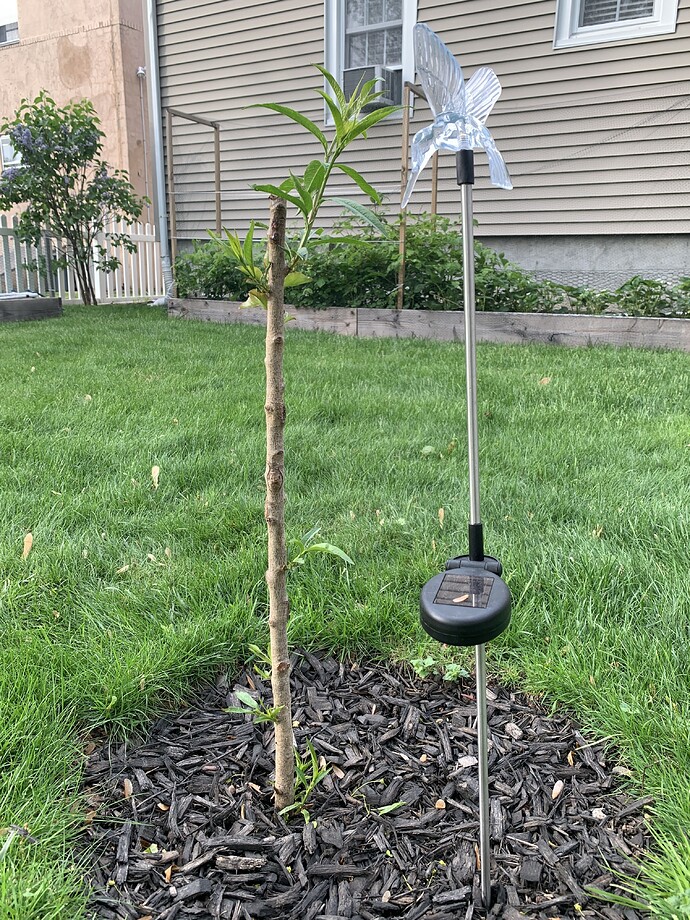 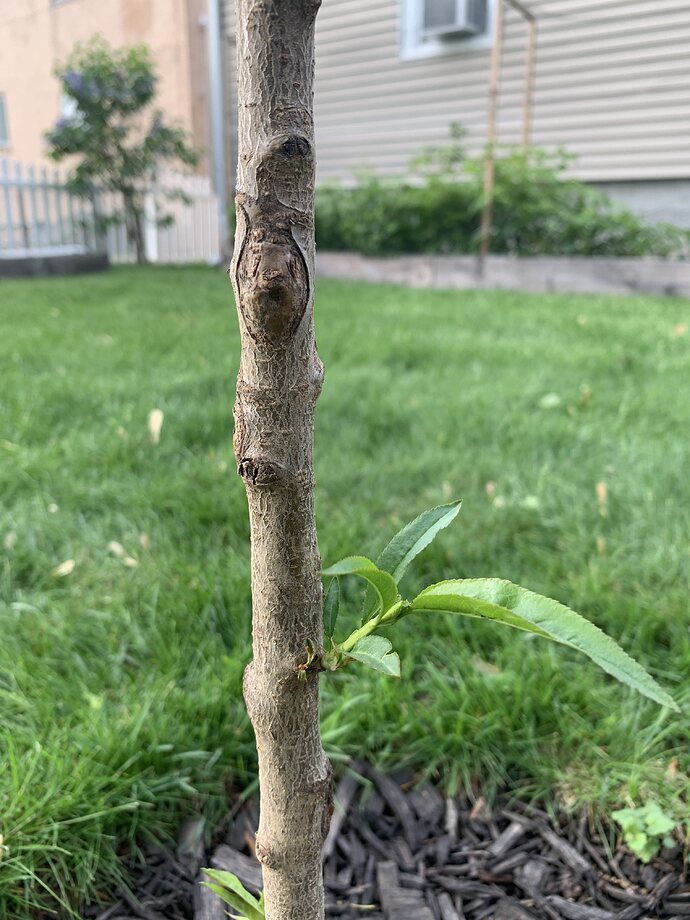 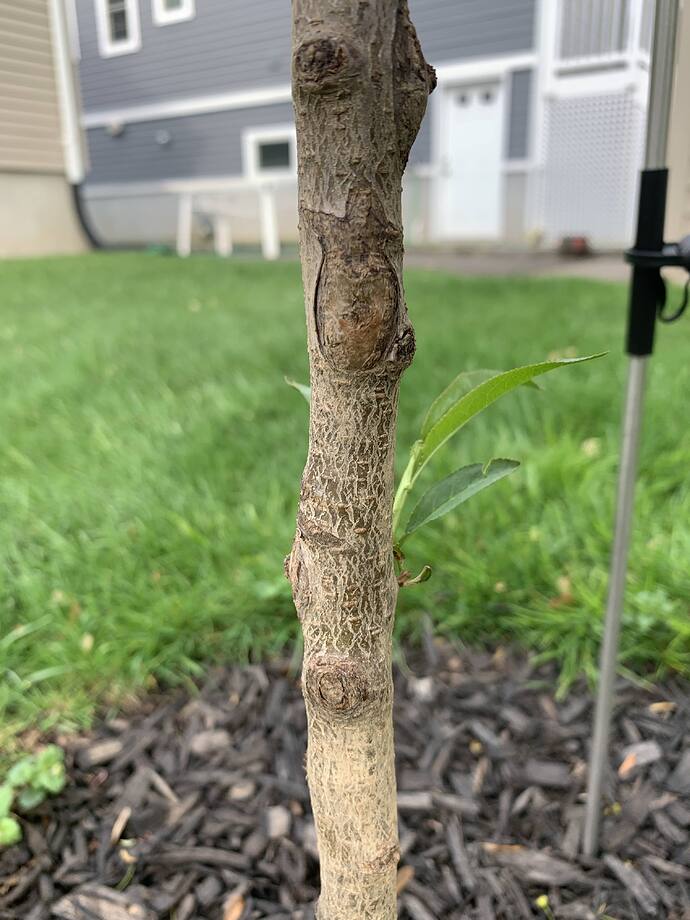 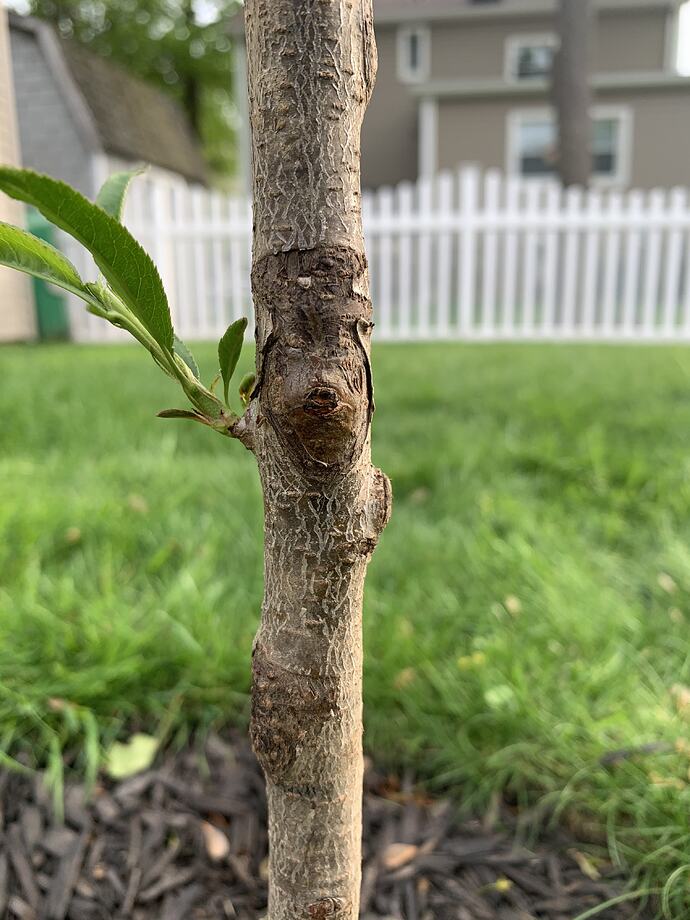 I must say im not super inmpresed by what you recieved from the online nursery. Or did they specify it was a just grafted rootstock?

It looks like they did a late summer chip/t-bud.
And the buds did not survive winter.

Now you have 2 options in my mind.
-Either remove all growth thats not from grafts, to try and force the grafts to sprout from sleeping/latent buds.

-Let the roostock form branches where you want branches and graft varieties to them yourself.

Yeah that’s what I though. I doubt those “dormant” buds will come back. Frankly, I really wanted a peach tree, but i figured peaches, nectarines, plums and apricots would be great on 1 tree too so I bought this tree. I do have 1 graft that came out. If the rootstock is peach or nectarine I think I’ll just let it grow out and be a peach/necatrine tree with 1 graft of whatever it is and in the future if i want something else, I’ll graft it myself. Any idea what the rootstock might be based on the leaves you can see in the picture? They look like peach/nectarine leaves to me. Also, you see the branches coming up out of the ground. Should I prune those?

yes i would prune everything but the buds you want. if one of the grafted buds took at least it will continue to feed the tree and you can graft the others on later. also take the ones coming out near the ground. i agree with Oscar. whoever grafted that tree did a piss poor job of it.