I have persimmons,pawpaw and feijoa still on my trees.
Should I pick them before the freezing weather? Or leave them to ripen some more?

28 F is a hard freeze. I’ll defer to @PharmerDrewee for all the various types of persimmons you guys grow that I cannot. I don’t even know what a feijoa is.

We leave American persimmons on the trees and allow them to go thru freezes. They don’t need to be picked.

You gotta take into account if you’re in an urban heat area too. That means that in the City (a) person gets an extra 2-degrees vs. someone not in a city. So if it’s gonna be 26 in the city, that’s a hard freeze. 28 in the country is a hard freeze.

Here’s your answer and directly from @PharmerDrewee at another topic:

Do you mind posting pictures of yours for comparison? I’ll snap some pictures when I pick mine later this week. We are expecting a hard freeze in about a week so I want to store them safely inside.

Out west – particularly in the Citrus industry, we think of a hard freeze as sustained air temperatures below 32°F. For leafy vegetables 1 hour or more is a disaster. Two hours is a problem for thin skinned Citrus (e.g. Mandarin), four hours for grapefruit.

I (gather) all the information such as wind and temperature and whether the ground is wet or dry etc- in determining the total ‘temperature’. I don’t go off that stuff everyone has always told me that hot-blooded animals or cold-blooded animals, plants, etc- are immune to environmental combined factors.

My feijoa fruit in Portland OR has not been damaged at 30 degrees over the years.
If it goes into the 20s and is not windy, I put a couple of heat lamps under the bush.

I always say temperature is relative. You are zone 10 CA. I believe that is 30 or 35 degrees lowest temp typically. Where I live it is not uncommon to get negative degrees typically around -5 a few times a year typically. Others in zone 5 routinely get -20 degrees and think nothing of it. You just get plants that can handle whatever weather you have. To us in zone 5 a hard freeze is something that will make the flowers unusable which is 28 during bloom. Not sure what temp the fruit drops at but would assume that varies with different kinds of fruit. Persimmon are famous for hanging while others I am sure are more temperamental. My mother had a intern from CA and she freaked out every time it snowed. 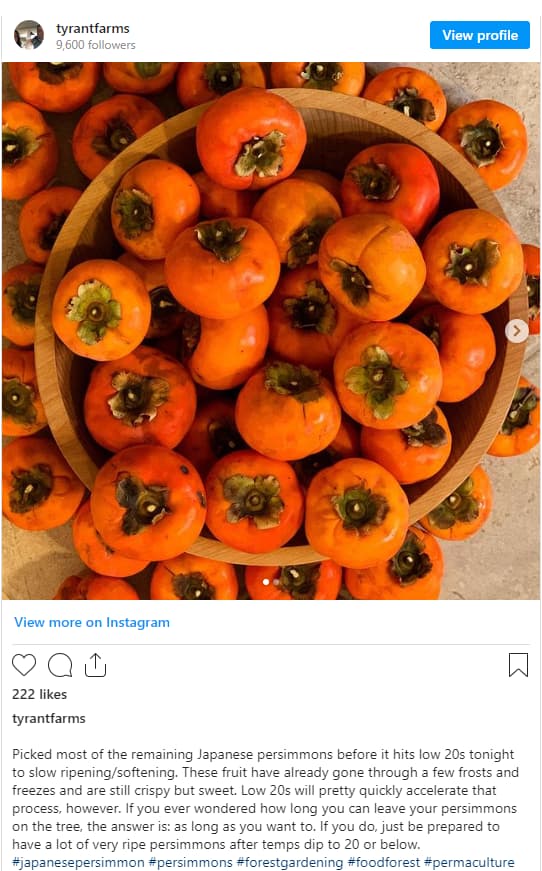 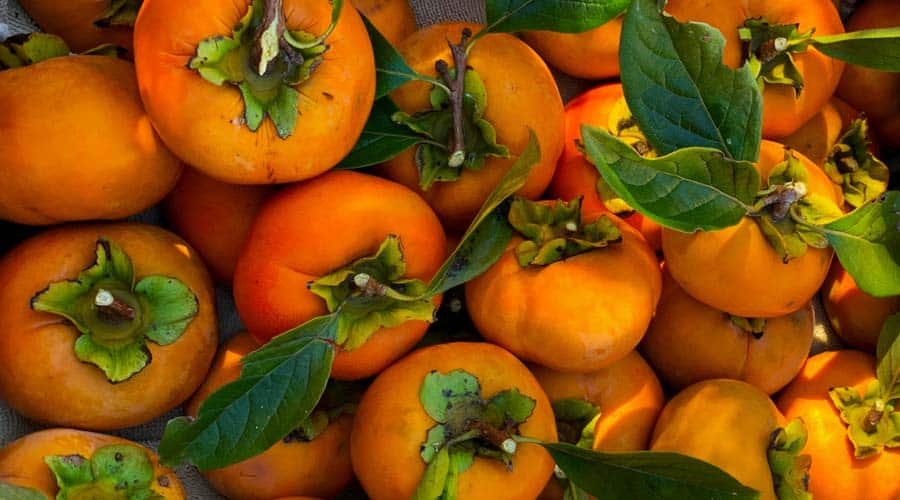 How to store Japanese persimmons (with recipes!)

Japanese/Asian persimmons can be stored different ways to produce different results in the kitchen. Find out the best ways to store and use your persimmons!

Nothing to be afraid of at those temperatures