Get your wife some chickens

Cream Legbars also carry a background genetic trait in about 10% of the birds that drastically reduces egg production. I considered using them to develop the blue egg laying Silver Laced Wyandottes that I am currently working with. When I read about the reduced egg production, I went elsewhere.

I wound up getting some blue egg laying Brown Leghorns from Bramwell at UARK. They lay large beautiful sky blue eggs to the tune of about 250 per year. I’m trying to keep the heavy egg production while moving the blue egg trait into a Silver Laced Wyandotte background.

Someone wanted pictures. You can see that I have a long way to go. The traits are nearly stable for color and pattern but comb type and other traits are segregating. Note that mating a golden laced hen to a white/silver patterned rooster produces Silver Laced chicks. 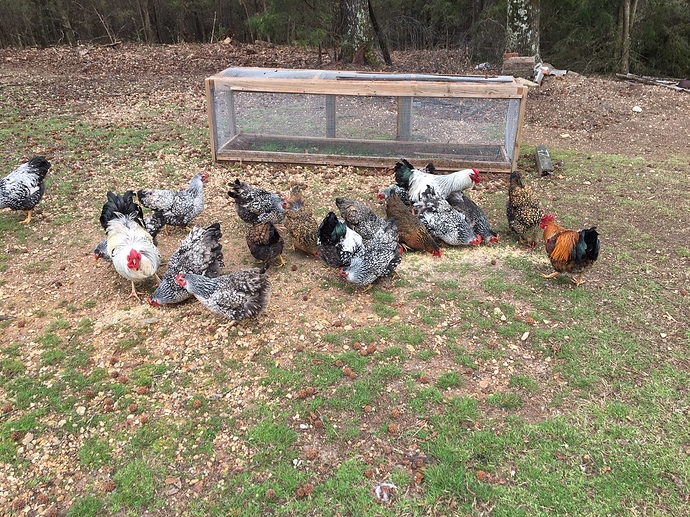 Have you tried the Whiting blue or green from Murray’s. I’m thinking to get a few of the green to liven up my normal brown eggs.

Whiting Blues came out a year or two ago. I started working on my chickens in 2014. I don’t know much about the whiting blues. Stabilizing the blue egg trait is moderately complicated because the blue egg trait is dominant. You have to weed out all of the birds that carry recessives for white or brown eggs.