At first I thought it was brown paint, but to my horror it was bare wood, completely stripped of bark by what I suspect was a rabbit. This Wickson apple is (was) at a park near the river bottom. I’ve heard of voles girdling trees back east, but this is the first one I’ve seen out here in urban So Calif. Move over borers, you have a rival for the most destructive pest.

Looks like I’m going to have to wrap the others with chicken wire, whatever it was is starting to nibble on the neighboring trees. 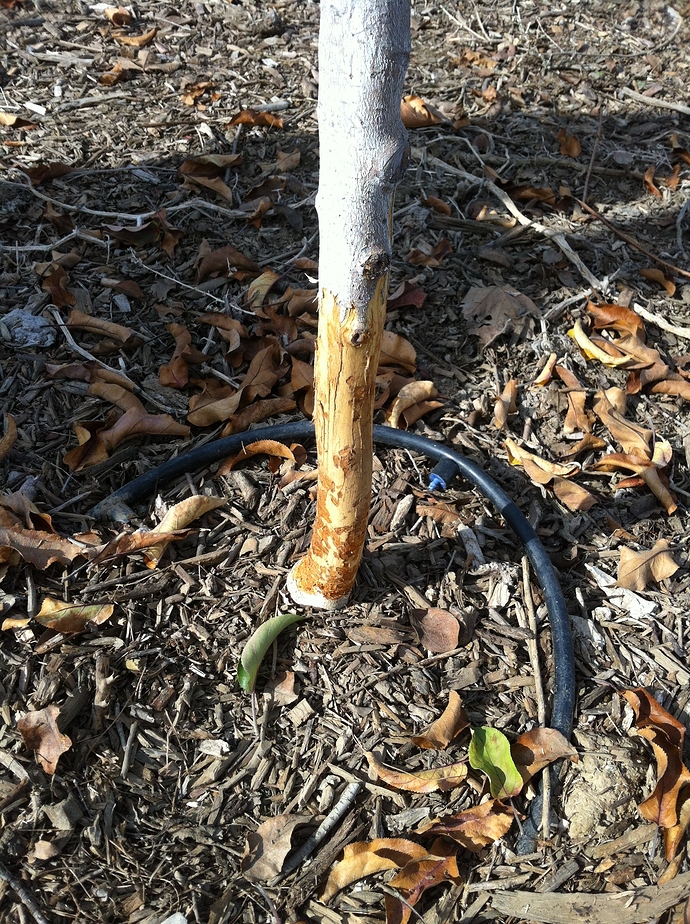 Thats the worse feeling in the world. Rodent damage is very common here. They did a large amount of damage to a friends orchard last year.

What a bad thing to have happen. Will you try to graft across the wound?

I get rabbits and voles. Each tree has a sleeve, about 1 foot tall, made from 1/4 inch hardware cloth. I had some damage with chicken wire, although not as much as without it,

ouch,
Yes looks like rabbits. The got about 400 trees in my nursery last year. I put up a better wielded wire fence and kept the grass mowed down. The have been under control this year but, any unprotected tree is still living on borrowed time. once the get a taste they will be back for more. I would make them pay for that with a pound of flesh.

If the wound was smaller, I might try it, but this is about 12".

On the other hand, I have nothing to lose, so shoot, why not?

On snow years I’ve had rabbits do that on the first 3 feet of trunk- voles just work a couple of inches from the ground. I never had much luck with bridge grafts but I’ve used approach grafts successfully (joining a smaller tree to the girdled one.

The problem is that trees tend to die before anything can save them. It may be helpful to wrap the girdle with electric tape or plastic to reduce dehydration while you wait for grafts to take. The tree is losing moisture to the wound now.

Rabbits were never an issue for me in CA, but gophers more than filled the slack.

Add it to the line up of your other excellent videos!!

I walked into an orchard of that type of destruction last spring. After sobbing for a half hour. I pulled out more wire and fencing and sealing paint. Ugh. I feel your pain. Its horrible!

so shoot, why not?

If you do, can you post a picture and update?

Well, here’s my flailing attempt at saving the tree. I’m highly doubtful it will work, there were odd angles on the trunk and graft union that made good cambium contact marginal at best. I cut all the branches off to Dutch stubs in order to minimize the water needs of the canopy. 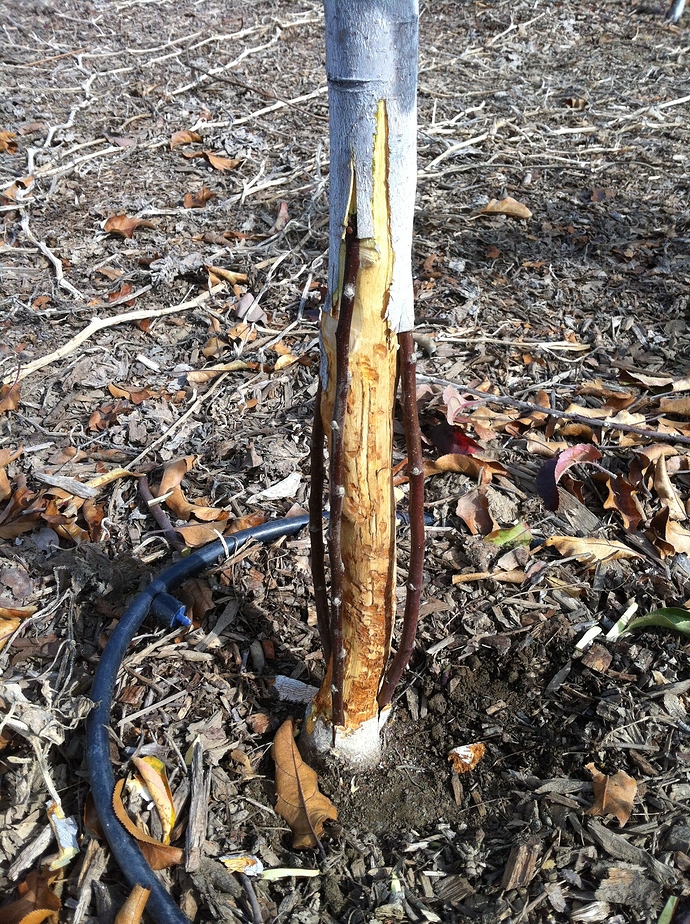 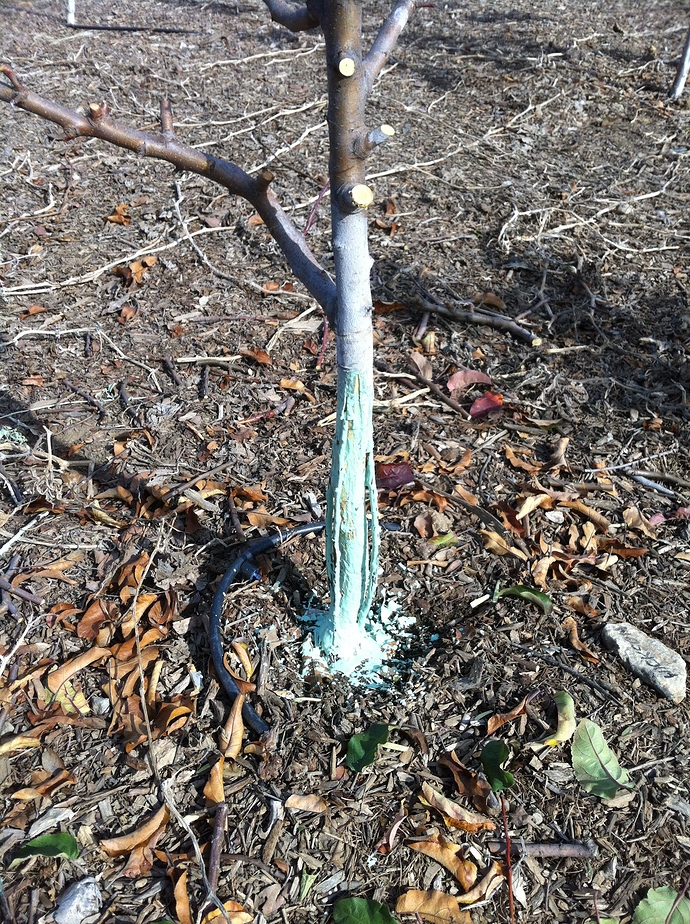 I’ll be very interested to see how this turns out. Keep us posted.

Nice work applenut. That will not look appetizing to rabbits, after one sniff. Did you mix copper in with your paint?

Since maybe Sept or Oct i’ve trapped 8 rabbits (i live on a 1/4 acre lot…this isn’t forest land)…there are still more out there. This past year has been some rabbit cycle peak…i’ve never seen so many. Just a few years back i hardly had any rabbit pressure.

They put their teeth in a few of mine this year too. I have them on the run between the owls, feral cats, coyotes, and bobcats they better enjoy their time because it will be short. Hunting rabbits is allowed on my property.

I saved an apple tree with similar damage but only for 4" of bark, using a set-up looking similar to yours. The tree being dormant is key. The tree was weak for the first year but in the 2nd year it took off.

The green paint is Doc Farwells tree paint, smells like Elmer’s glue, its kind of flexible when dry.

Do you have pics? So interesting.