I saw a video clip about a modified American chestnut with a gene from wheat that makes chestnut blight harmless to the tree . They were seeking approval to do a large planting . Anyone else see this ?

Alan talkes about it on the chestnuts a few questions thread on December 15. I can’t figure out how to make a link to it. I’m not very tech savvy

Here’s the best article I could find on it. Sounds like it isn’t a cure yet and won’t really be a cure until they can figure out the genes in the Asian chestnut that defend against blight and insert those into American chestnuts, but they are making progress on that front. 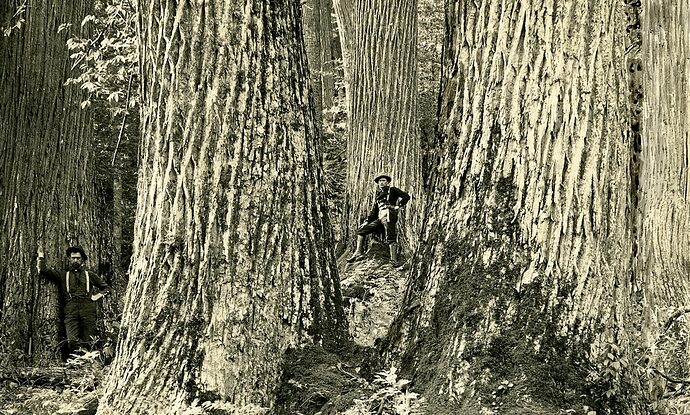 For the cover story in the April 2013 issue of National Geographic, I explore an idea that sounds like pure science fiction: bringing extinct species back to life. What was once the purely the domain of Crichton and Spielberg is becoming a new field...

What GMO should be about.

I was reading a little more about the USDA’s efforts to bring back the American Chestnut and came across this cool time-lapse video showing a few young trees and how different varieties react to blight.

Bumping this (should maybe have its own thread) but are the GMO nuts available yet?

Failing that, how true are Dunstan and other hybrids?

I’d really like to get some American Chestnut trees going around here, but true American, not squat, clearly Chinese hybrids…

What do you want the trees for - nuts or timber or landscaping or?

There is a GMO American chestnut that uses a wheat gene to provide blight resistance. It will probably get approved in the not too far distant future because basically most GMOs get approved. It’s actually a rather clean approach to dealing with blight but we simply have no way of knowing what other impact it will have on the tree and we won’t know for a very long time.

If they knew what genes were responsible for blight resistance in Chinese chestnut trees, they could use genetic engineering to place them in American trees but they have not identified those genes.

The American chestnut foundation has succeeded in breeding blight resistant trees that are 15/16 American but they have not been released yet either.

I was hoping for a chestnut that was “American-esque” to start seeding some forest near here…I would eat nuts, so would deer and squirrels and everything else, but hoping to reintroduce an American-type chestnut, most of all.

But Chinese trees will grow in the forest and produce nuts that will be eaten by everything. What is it about the American tree that you want?

To recapture at least a facsimile of what was, not what is optimal…in essence, the same reason i value lupines over dandelion. For food i would like a few of the chestnut vatieties you mention elsewhere, but this is also about restoration.

Your best bet is to get seed from either the American Chestnut Foundation (a $300 plus membership allows you to get seed) or this group, which is much cheaper: http://www.accf-online.org/

Markalbob, the ACCF is working toward reintroducing blight resistance by using only pure American chestnuts that have demonstrated blight-resistance in their breeding program. They’re probably right up your alley.
I used to be a cooperator, and have a few surviving seedlings, planted around 1998… probably need to rejoin forces with them… but I’ve still got too many irons in the fire, and chestnuts are low on my list of priorities.

I have tried the ACCF chestnut too, and have only a few left. I have a Maritime climate with regular thaws in Jan and Feb, so a southern seedlot will wake up during a thaw and die to the ground when it’s minus 25 a few days later. The same seedlots do OK in Quebec, where they stay cold all winter. THere are local Chinese trees here, and I am producing BC1 trees for myself and others, but can’t test which ones have usable blight resistance as I’m blight free here.
There is a lovely old tree in Nova Scotia where a seednut has gone into tissue culture, but it was an open pollinated nut and the emblings have some European genetics, as a European tree grows quite close to the graft off the old tree. I have twigs off the old tree and will try again to get grafts that survive the mice. This time, I have pollination bags, grin.
Anybody in Canada can get nuts by contacting the Canadian Chestnut Council. http://www.canadianchestnutcouncil.ca/
If you are in a blight free area, they will put you in contact with a Maritime grower who is also blight free. I keep the database of the Maritime trees and it’s public, so anybody can ask for it. It’s a Word file.

Also keep in mine that the phenotype is affected by conditions. Any tree forced to compete for sunlight will tend to grow taller with less branching that the same tree grown in full sun.

That’s a good point Jack, the huge chestnuts you see in historical photos were no doubt grown in a mature forest and were forced to grow up to the light.

Have a look at this little tree. Its mother is pure Chinese, its father is open for debate as there are several species close by. 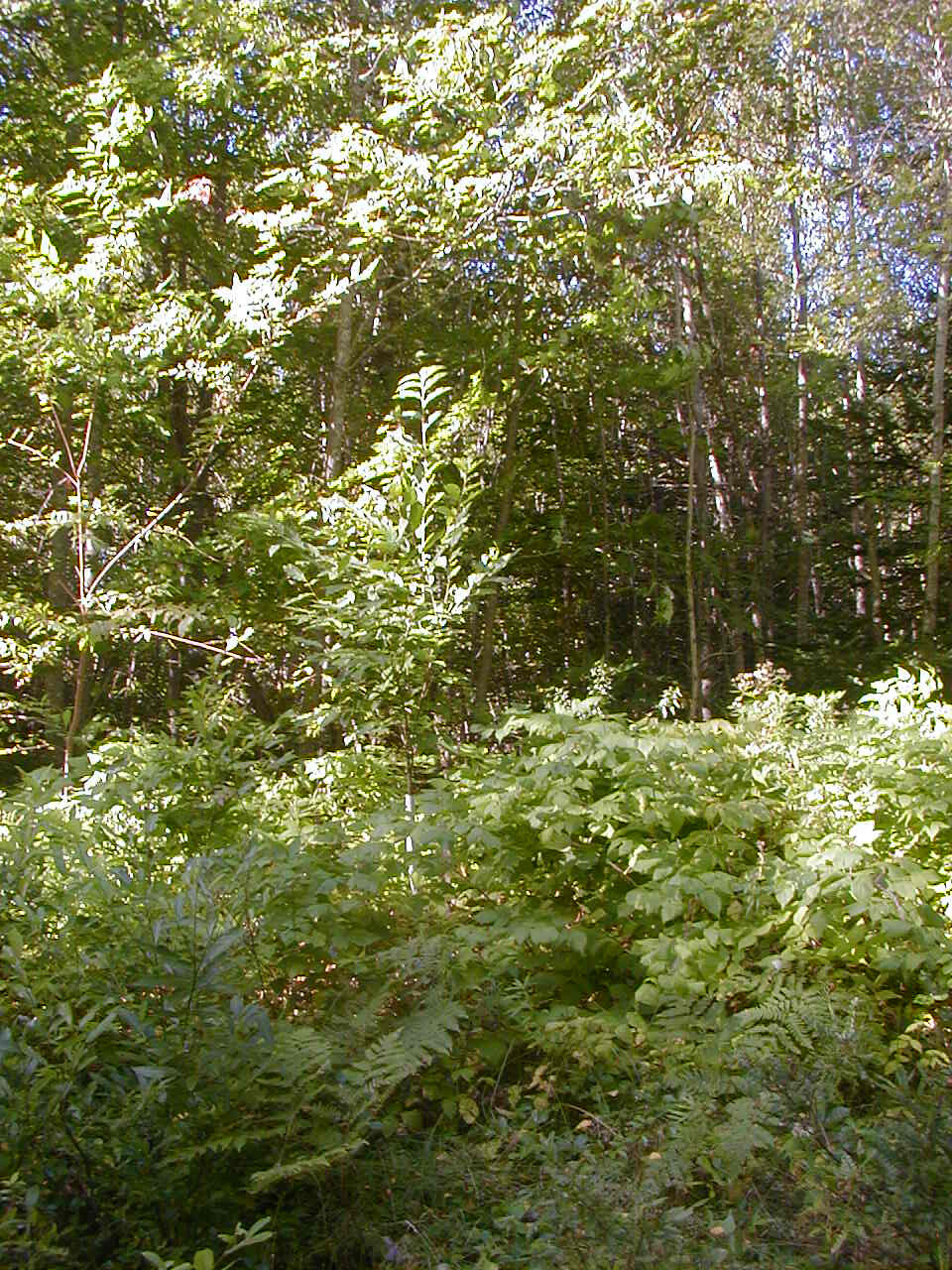 free screen capture
The picture was taken in 2011, so the tree was 5 years old then. As you can see, it is heqading for the light. There is too much snow right now, but I can get a more recent pictre in the spring. It’s in our woods, from mailed seednuts.