How much exposure do new graphs need? Is it enough that they are at the end of a branch, and the only thing growing on that branch?

I have a few newly grafted plums coming out of interior branches on the tree. Now it’s Thursday, four days since I last looked at them, and they don’t look much different from how they looked on Sunday. I’m wondering if they are just slow to take off, have a bad graft, or just have bad exposure?

Interestingly, I have another plum tree with a graft very close to the trunk, and similarly shaded, and that one has a noticeable growth spurt from Sunday.

These three photos are zooming out from the middle of the tree. These branches point west. 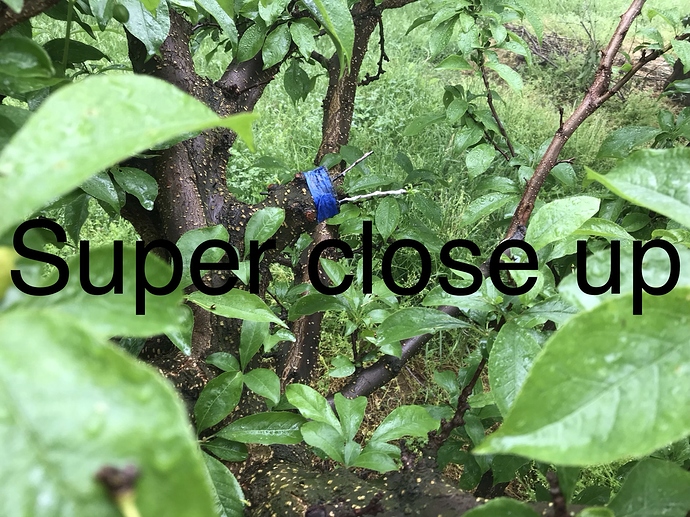 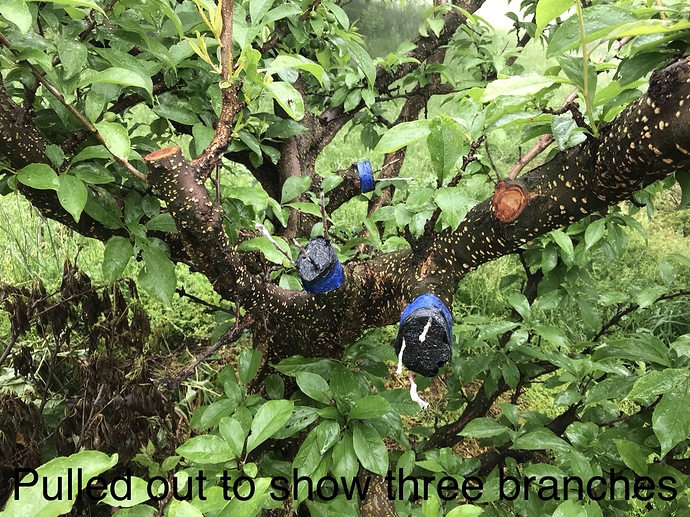 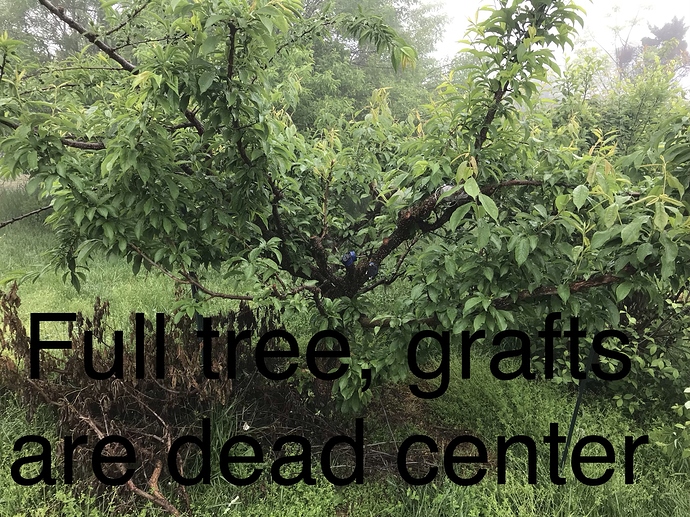 These graphs we’re done at the same time on a different plum tree. They are pointed east and have noticeable growth since Sunday 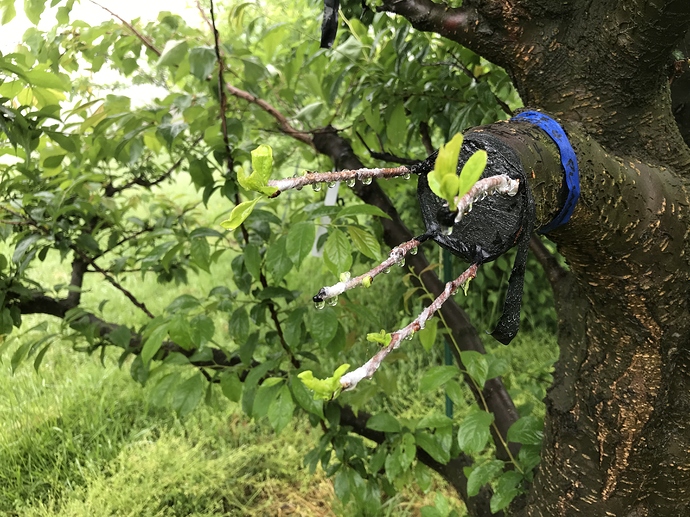 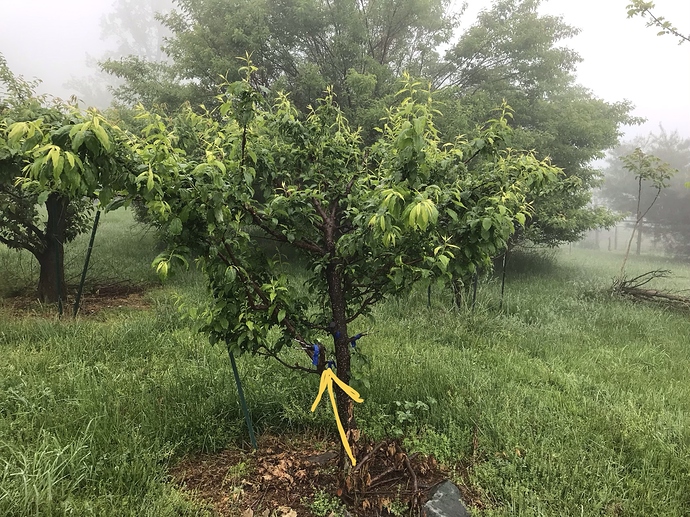 Does anyone have any thoughts or advice? Or my just being too impatient into paranoid?

They were all grafted 13 days ago.

Anytime I see growth from my grafts in less than three weeks I’m happy- I think your work looks fine and that you’ll like the results soon enough.

too impatient: I would say yes. I probably see more grafts that are clearly bud-swelling and showing signs of take AFTER 2 weeks post-graft than in the first 2 weeks; it is human nature to want to see things pop but it’s also unreasonable, and tbh, relatively worthless:

I can only comment on my own experience, but in mine at least anything that takes after a couple weeks is almost entirely mine (or birds, rabbits, etc) to ruin, it is a solid post-callus take. On the other hand, I HAVE had several bud out relatively quickly and die, and I think the biggest issue is those scions were itching to grow, and they pissed away all their energy in pushing buds into leaves before they knit up a vascular system to actually feed and water them. That isn’t to say any early growth is bad, but I am considerably more leery of a super-fast “take” than one that shows in the 2-3 week to month-and-a-half timeframe

btw as for sun exposure you may do well with some shade for a month or so, personally if you expect a lot of hot I would actually cut the surrounding branches later, either when dormant if need be or after you’ve seen a month of scion growth. Kinda like tinfoiling persimmon grafts.