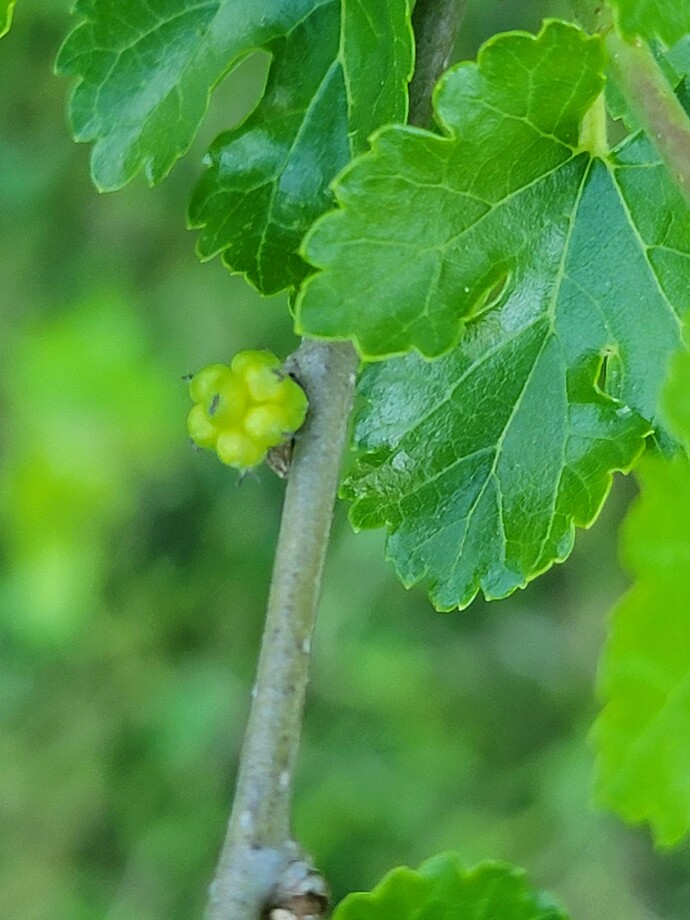 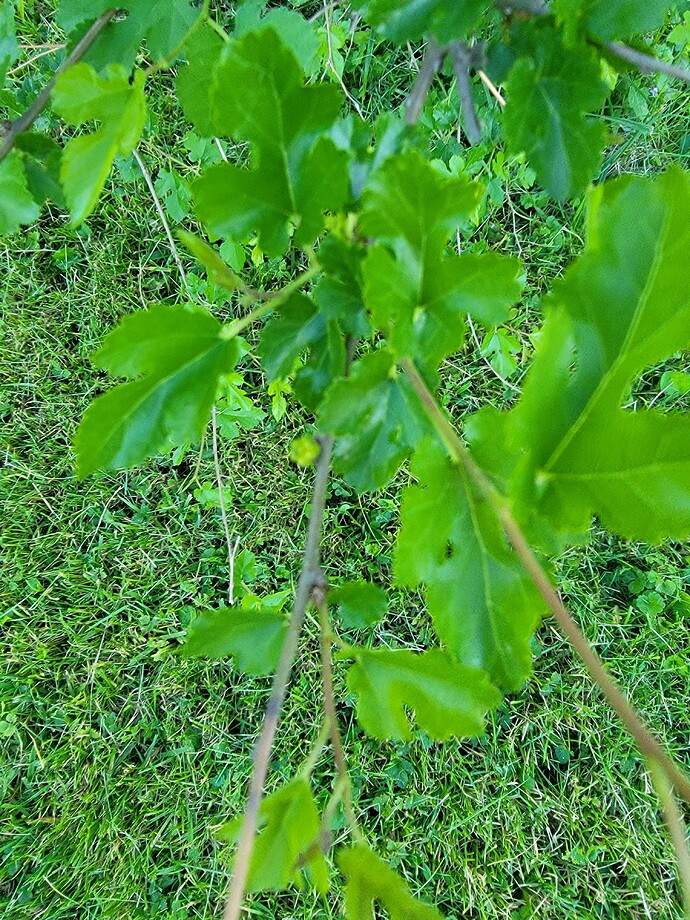 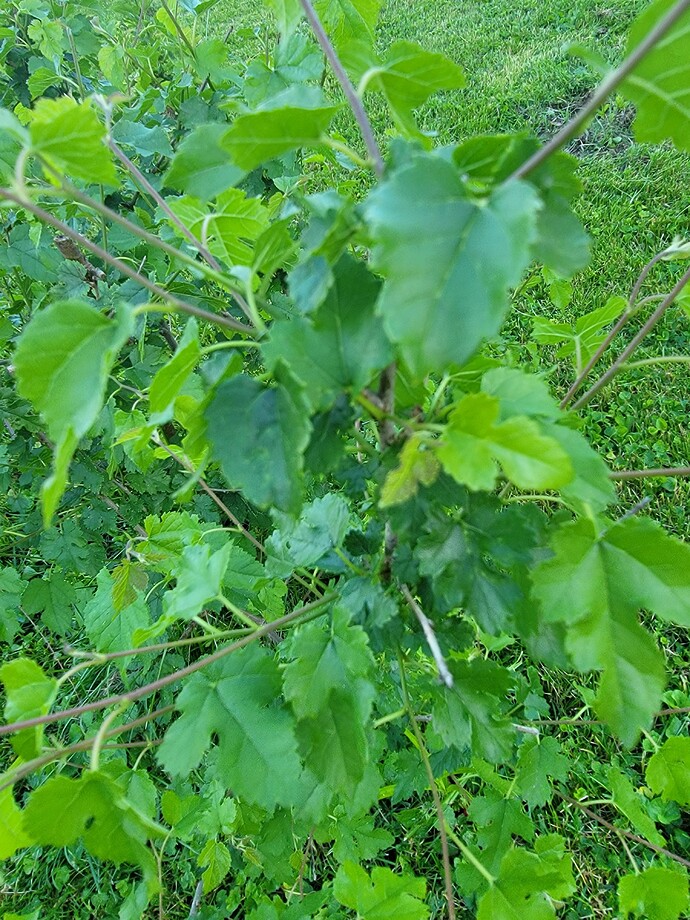 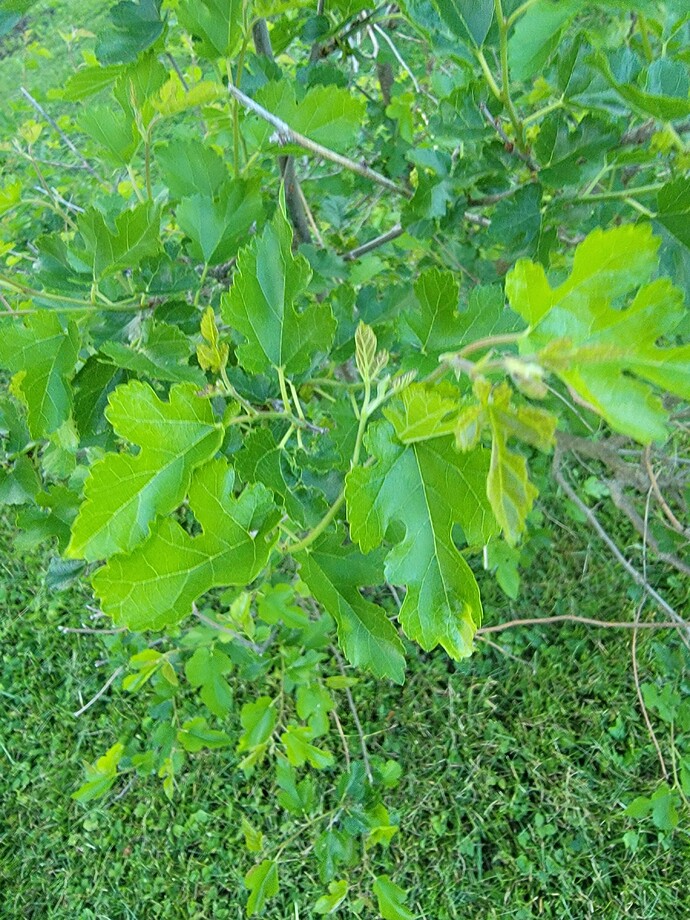 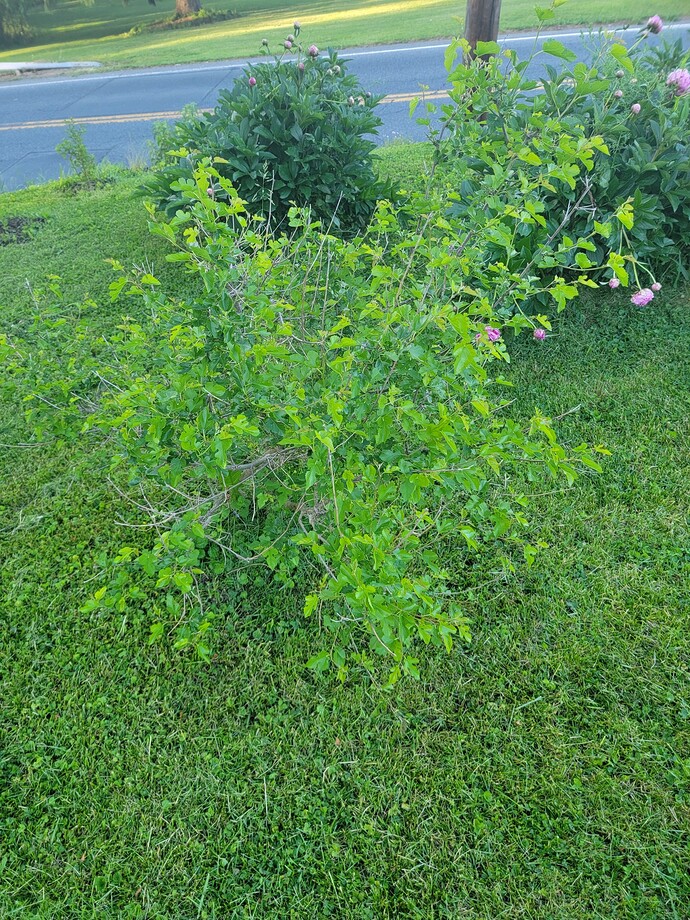 My fiancee thinks this is a white mulberry. I’m not so sure as it hasn’t grown much in the two years I’ve lived with them. Any idea what they are?

Mulberry for sure, hard to know if alba or even nigra

Her biggest concern is that it’s an invasive species and will cause harm. The previous owner planted a pair of them. Any idea what variety and if they are worth keeping?

looks to be a Alba or hybrid. i have 3 here. they are considered a invasive by some but have naturalized here since colonial times so you wont get rid of them. they are usually fast growing which tells me yours is on poor soil. fruit can be variable but you could do like i did and graft other mulberry to it.

I dunno, I’ve seen them grow quite fast even on poor soil. If they were intentionally planted, there’s a good chance they’re a named variety.

@Orange120OD Your best bet to figure out if they’re worth keeping is to wait a few weeks until those berries ripen (probably mid-late June). You’ll know pretty quickly whether they’re any good, but I have noticed fruit from the same tree can vary wildly from year to year.

I notice the leaf bases are even and not lopsided, which is more indicative of M rubra (native) than M alba (introduced). What’s the texture of the top of the leaves like? Alba will have smooth leaf tops, and rubra will have sandpapery leaf tops. That being said, there are a lot of rubra-alba hybrids that are hard to pin down without genetic testing… I suppose nigra is a possibility, but I don’t know how to ID those. My understanding is that they’re almost impossible to grow outside of a Mediterranean climate, so that seems less likely.

albas seem to have a shiny leaf surface like these do. ive never seen a ruba but read they are more flat due to the rougher surface. like said, could be a hybrid.