Hello everyone, novice grower here. This trees was given to me and I want locate the graft point. Thanks in advance for any help.

Loquat? What makes you think it’s grafted? Many nurseries sell loquat as seedlings. I’ve even seen seedlings sold as named varieties because the nurseries incorrectly assumed they grow “true” from seed.

Yes it’s a loquat, it was given to me as a grafted tree, to me it’s not obvious it’s grafted, about half way up the stock there’s a point where it increases in size and changes texture slightly… I was looking to plant a tree that would fruit in the next year or two, didn’t want to plant this loquat if it wasn’t grafted and dedicate years to the tree before it fruits while still rolling the dice on what characteristics might be of the fruit.

If it’s grafted, it might be around ground level. Pull back the straw and maybe a bit of the soil until you get to roots, and take photos of that area from closer. 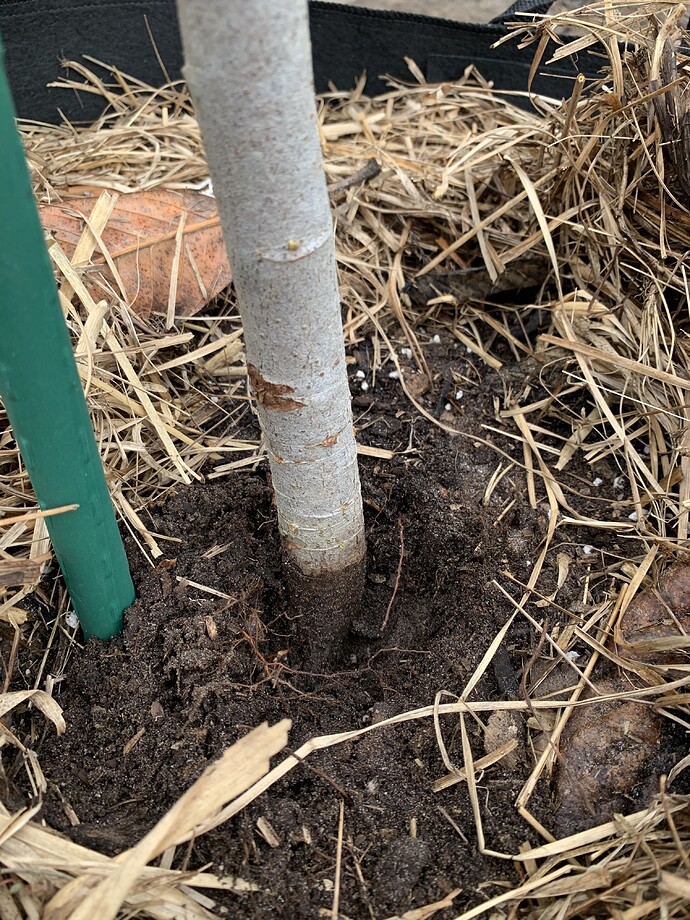 Doesn’t look grafted to me!