Help me solve the mystery of the one unhappy new tree?

So this spring we bought 14 new fruit trees from Fowlers near Sacramento. Tilled the soil, made sure the whole area had good drainage, planted all 14 exactly as they instructed and put dripper watering system on them all. 13 are super happy, tons of leaves and new growth. One…and of course the one I was most excited for, the olympic asian pear…has done absolutely nothing. Not a new leaf, no growth, nada.

I’ve attached pictures, I’m hoping someone can help. I’ve also attached photos of the neighboring tree, another pear, which originally looked similar when planted and is now of course loving life.

Did I just get a dud or should I be concerned about disease?
Thanks! 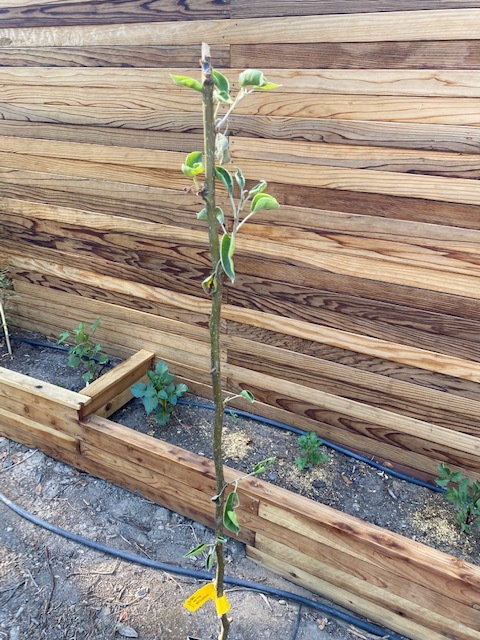 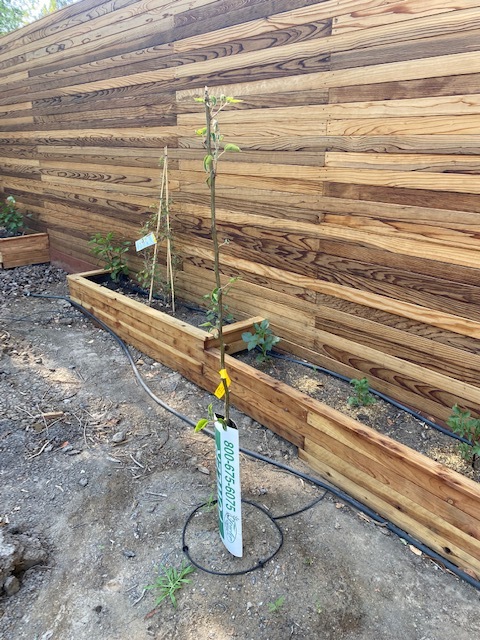 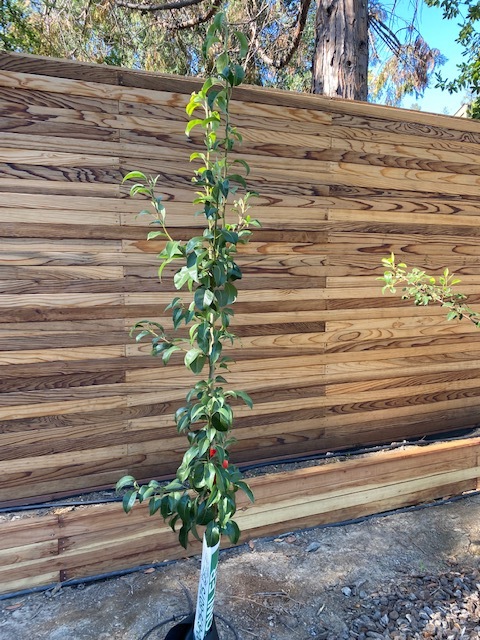 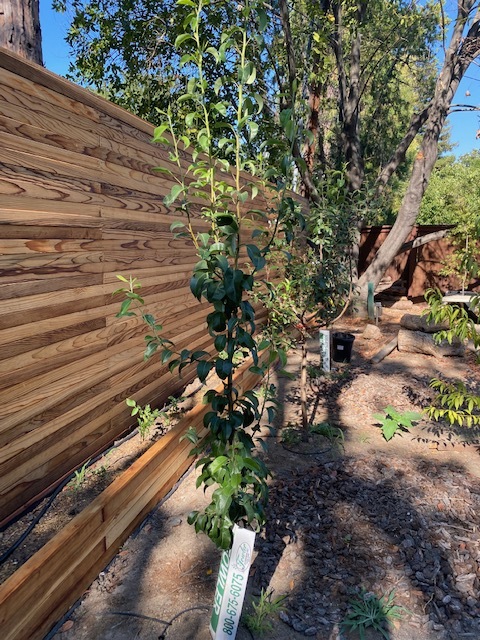 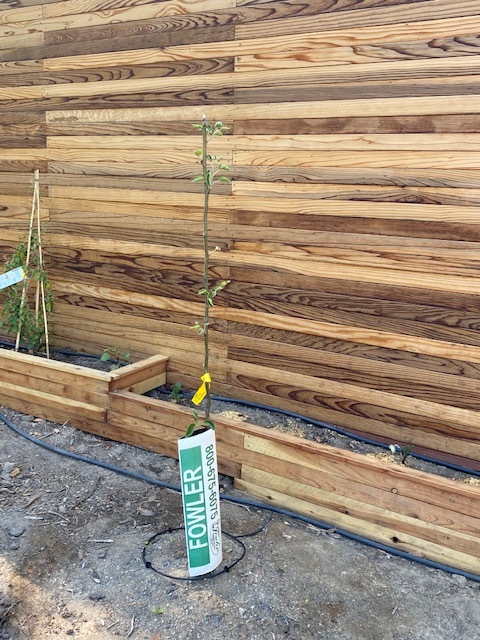 It was likely much weaker when you got it, e.g. it got too hot in storage at the nursery or didn’t have enough roots or some such. If it doesn’t die by next spring it should eventually make it and be fine.

Last year both the trees I got from Raintree did not grow well at all. The apricot died this spring and the persimmon is hanging on, I think it will make it. Since both the trees in the order had problems, my guess is the shipment got too hot on the way to me.

Also, I would send a picture to Fowlers right now. If it ends up dying it will help in getting a free replacement.

No mystery, trees are like that. They will struggle and even die not because of anything you did or did not do. I’m still salty that my 5’+ Romeo cherry bush that is supposed to be hardy to 2 more zones than mine decided to die all the way to within 2 inches of the ground. And that was after a mild winter. Why? Because sometimes they just do that. Fortunately it seems to be coming back in a hurry.

Thanks, I did email fowler’s a week ago and provide photos but haven’t received any response from them. I bought them directly at the nursery (so no shipping thankfully), but I’m concerned it might be a disease that would spread to nearby trees?

It is very unlikely to be a disease that could spread. The leaves look fine, just under-nourished by the roots. If they don’t get back on your email you could call them up. I used to buy trees from Fowlers years ago when they would ship, they were a very dependable place.

If it is a matter of insufficient roots, would it help him to maybe prune the tree down shorter? Maybe down to the lowest or second lowest set of leaves so the roots have a smaller tree to feed?