In 2014 I received a Giant Fuyu persimmon from a nursery. At that time I had no idea that I would need to prune off suckers, I just planted it and did not follow it much until I noticed later in the spring that the foliage did not resemble my Asian chocolate.
I called the nursery and the horticulturist explained that the American persimmon must be overtaking the graft which he said sometimes happens. I then relocated the rootstock and have since made several failed attempts to graft new varieties onto it. After reading the pros and cons of the three types of rootstocks I called the nursery yesterday to ask them to confirm the rootstock type. The lady told me all their Fuyus were done on D Lotus. This information does not seem consistent with what actually happened to the first tree, and I have read that D virginiana is more likely to sucker than is D Lotus.
I took the below pictures of the rootstock that shows a tiny sucker emerging now in the soil adjacent to an older portion of the rootstock (see closeup pic)
Now I am somewhat convinced this must have been a D virginiana rootstock.

The graft I recently made on last years largest sucker is Catawba, a native bred by the Tribe. It now appears to be budding out and may be successful.
Tell me what you think?
Is this a D Lotus or D virgiana rootstock? If you happen to have a recent pic of D virginiana foliage, please send to me so I can confirm what I have. Thanks
Dennis
Kent, wa 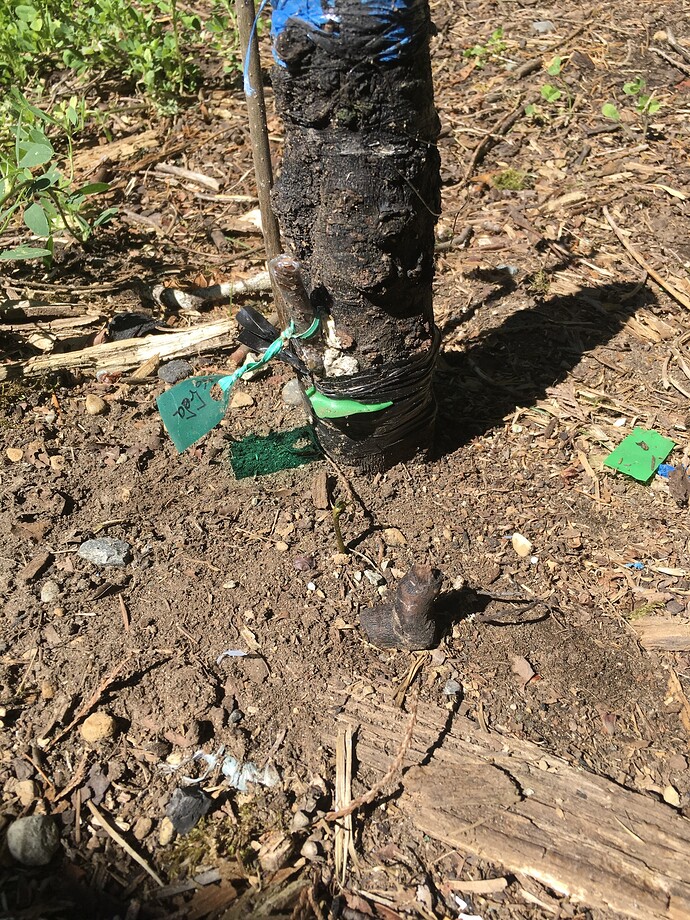 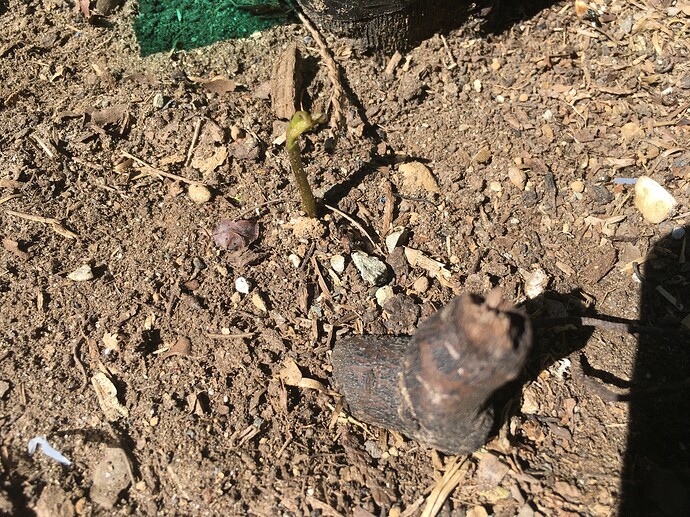 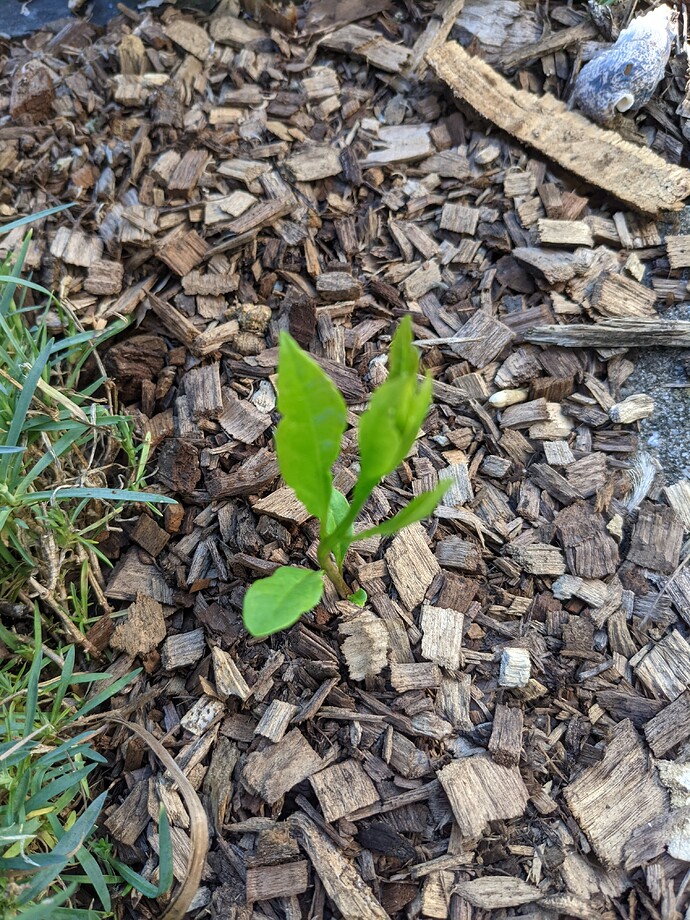