Forecast revised to delete the chance of rain, again. I spent another day in the nursery bed @ 87F and got the weeding of the old section done.

Didn’t rain anymore here today…but we got enough this morning to help out. Really good shot of rain Sun night/Monday…then a very nice cool down.

Longest days of the year… then we go the other way 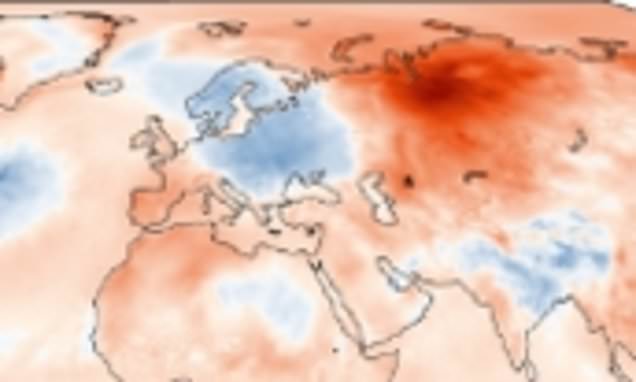 Arctic records its hottest temperature EVER as mercury hits 100F

The mercury shot up to an astonishing 32F (18C) above the normal level for this time of year as the region endures a summer heatwave. Temperatures were 18F (10C) above average in May.

Some strange weather happenings this year.

Lot of rain falling across N Iowa this morning. Just let up some here but the heavier rain is just to the south. I’m over an inch since last night…i put up my new rain gauge yesterday just in time. Kind of chilly out there too… Low 60Fs right now… 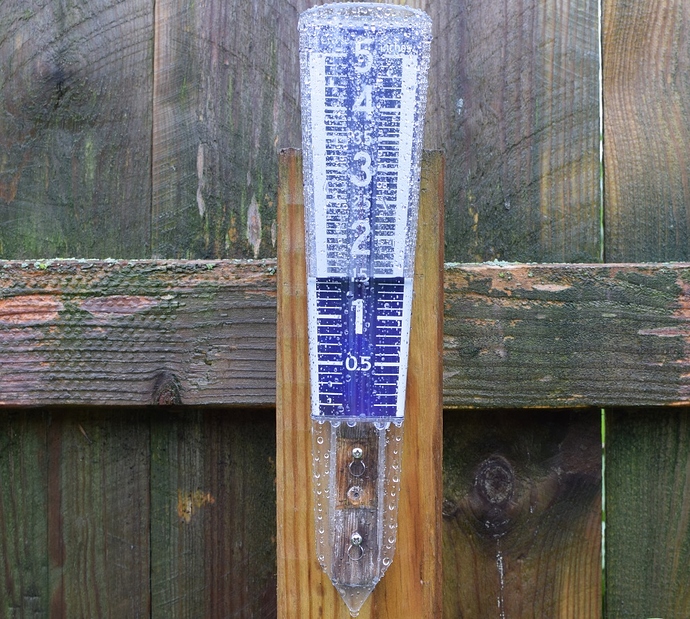 the humidity is stifling at 66% right now. feels a lot worse than the dry 96f we had last week. just a walk around the yard and you’re drenched! thunderheads building in the west. c’mon rain!

You could be down in the Caribbean… There was all kinds of dust that blew off the Sahara a few days back that has now made its way to Puerto Rico and should be over Florida shortly… Poor yacht owners will have sand falling on them.

You can see the main plume is covering most of the islands…that should continue to move west and north. 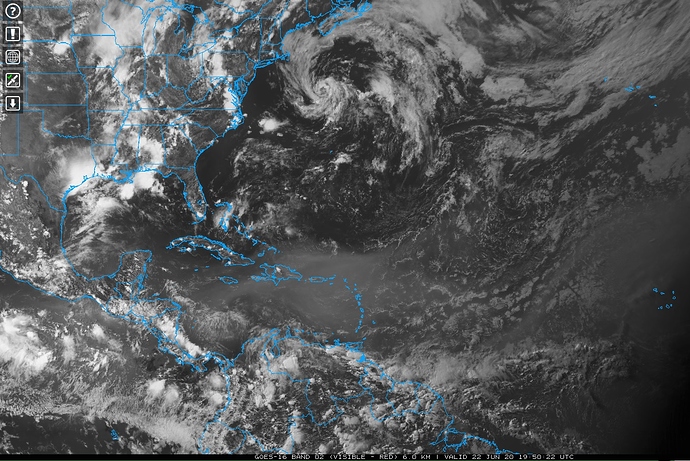 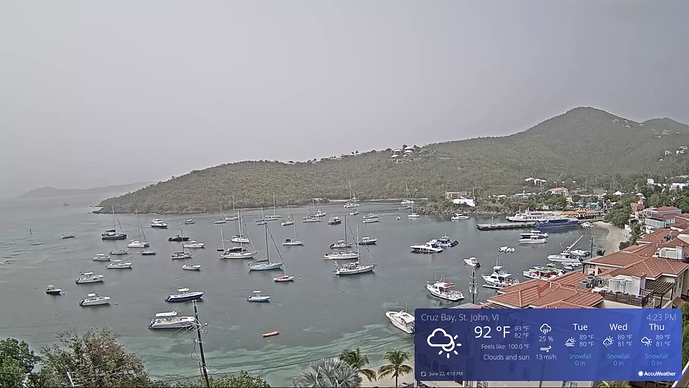 Almost looks like another plume of sand/.dust coming off of Africa today.

The saharan dust cloud came through Saturday and Sunday…the above pic is exactly what our skies looked like. We actually had an air quality advisory in place, something we rarely ever have here…

Clear blue skies today though, as for temps…this was yesterday…I move really slowly whenever I’m outside in heat like that. 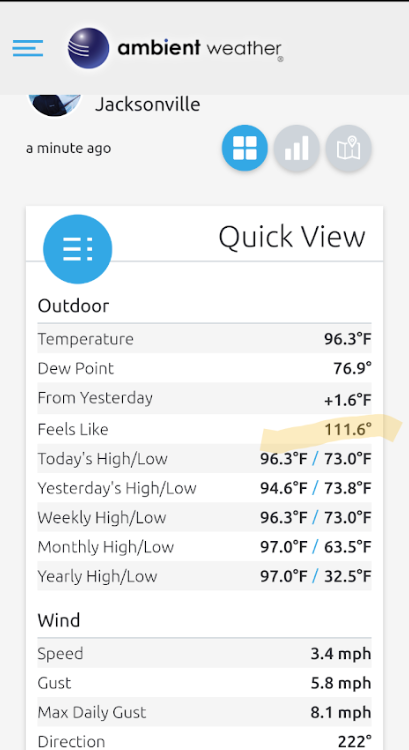 9 inches of rain fell just east of Minneapolis last night…lots of flooding up in that area. Hardly nothing here, but the Mississippi is going to come up fast as all the water moves south.

Should really bake later this week…some of that Florida heat will make an appearance. Good thong weather.

If you like to bake…I’m a runner and the thought of running a single mile in this heat is dreadful…Went out for about 20 minutes earlier and could literally feel the sun baking through my shirt…better make sure to put some sun screen on if you’re wearing a thong otherwise it might be a little difficult to sit down…hah.

My wife is a runner but I gave it up for biking. I did run for years but only in the cold seasons (Fall-Spring). Once it hit about 60F I swapped for the bike. Now I’ve been using an ebike and that is a game changer…for anyone that hates biking then try an ebike. You can set the level of assist from nothing to just pretend your pedaling. I bought an aftermarket mid drive motor and a battery pack and put it on a bike I already have. Now I want to convert more of my bikes. I do still lift daily which I enjoy.

I’d kill for that right now…

It actually is a very nice day. I love cloudy warm days. The benefit of the heat which the plants love, but you don’t die cooking in the late June sun

I’d love to spend summers in Wisconsin/MN and winters in Florida.

Flooding around the Madison area this afternoon…looks like the rain is sticking SE today.

Dewpoint up to 73F. Took a bike ride and was drenched by the time I got back. Not many people out.

Got a bit over 4" of rain today. 3/10ths this morning, the rest of it from about 3:30 until now. We had been in a drought up til this point. I wanted some rain, but 4" is a bit much. Beggars can’t be choosers I suppose

edit…I dumped 6" out of the gauge about 15 minutes ago. It was full. Another .5" fell since then. It may be almost done now. I have never seen that kind of rainfall

I had to check to make sure you weren’t posting from west-central IN. Lot of rain there, too. Guess that will take care of the drought.

I think we’re somewhere at 5-6" for the month Amazingly, this includes a two-week dry spell that had me watering, even after the record-wet May. The heat can just pull moisture out of the soil

1.16in. of rain here for june thats 3in. below average. the potatoes are barely 3in. high when they are usually over a ft. and starting to flower by now.

Got nice rain here over weekend, and even now under a flash flood watch. (But I think that would probably be local under a thunderstorm and not widespread, as we have plenty for now, but it’s not rained enough for any general widespread flooding.)

I lost a couple pepper plants from putting on too much Nitrogen just before it started raining last Friday.