I was looking… not sure about further north in FL, but Miami hasn’t been below 70F since early May. If i lived there that would mean my AC would probably have been running non stop since at least sometime in April. I don’t know if i could do it. Too much of a good thing probably.

31F this morning… bird bath frozen again. 2 inches of snow tomorrow. A long slow warmup then next week. Still think judging by the naefs and gfs that we turn mild, but for how long i don’t know…and "mild’ in early November is like 50Fs to maybe tops in the 60Fs. The heat still sticks out west. Summer for those folks.

We (in Montana) are expecting record low high and low temps this weekend with blizzard conditions. Helena forecast for today is 14 for the high, minus 4 low (higher than previous forecast), but wind chills predicted in the minus 25 range here in central Montana. Time to use the snow blower for making a path to the chicken coop and get the heated water set up for them, and then hop in the side-by-side to plow the drive tomorrow when the storm is finished. It could be worse, if I had to shop fire wood, but I already have wood sitting by the stove in case the power were to go out…and in the meantime all I need is to hit that toggle button and watch the gas fireplace light itself…or let the furnace heat the house instead. I LOVE IT here when the temps are below twenty and it’s cold enough to wear my fur hats! 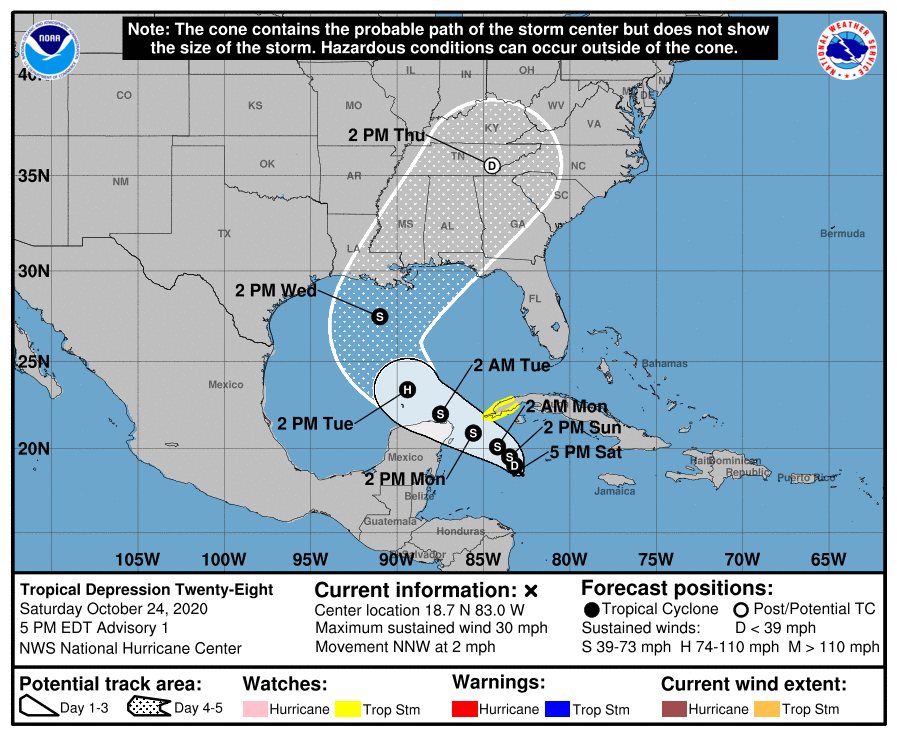 It was 37F last night and we were out by the campfire. Was fine except the wind was blowing the smoke everywhere so you had to play musical chairs to not get smoked out. Snow should move in here overnight.

Snow totals look insane for the panhandle. Not sure what happens down there, but they might need to shovel. 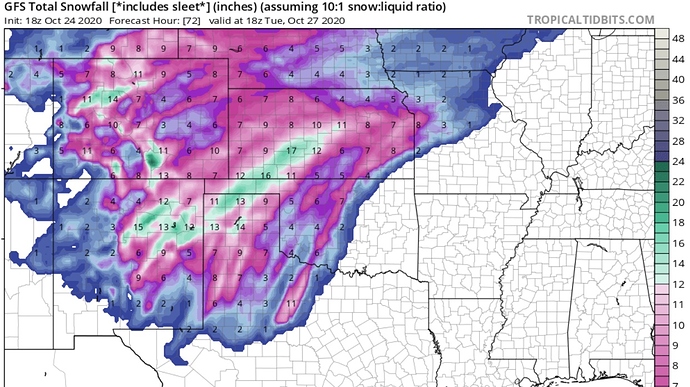 Port Orchard is colder than usual for the season, but nothing dramatic 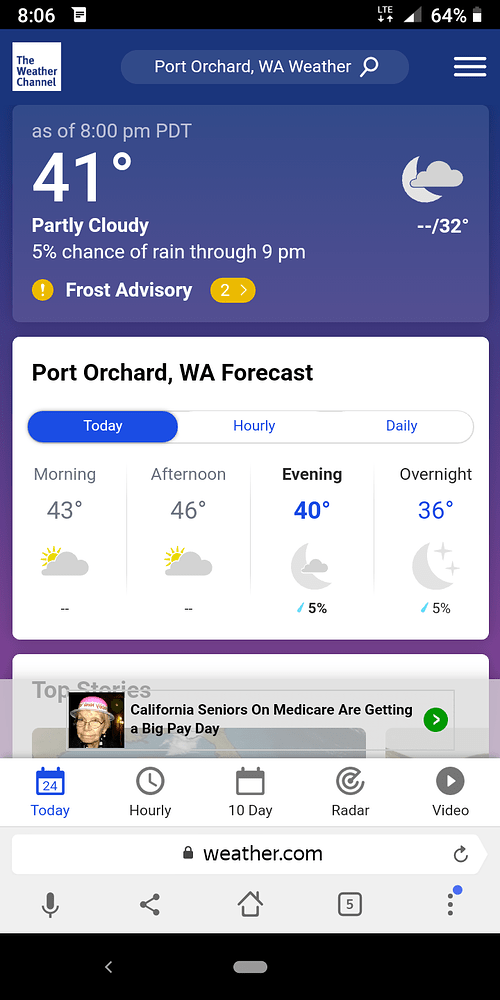 Helena, where I am, took the direct hit for the highest snowfall in Montana today. Ended up with 20.6 inches. Forecast for tonight is clearing skies, minus 3 degrees. High tomorrow 16. First time I ever got my side-by-side stuck (in a drift) and had to shovel it out. 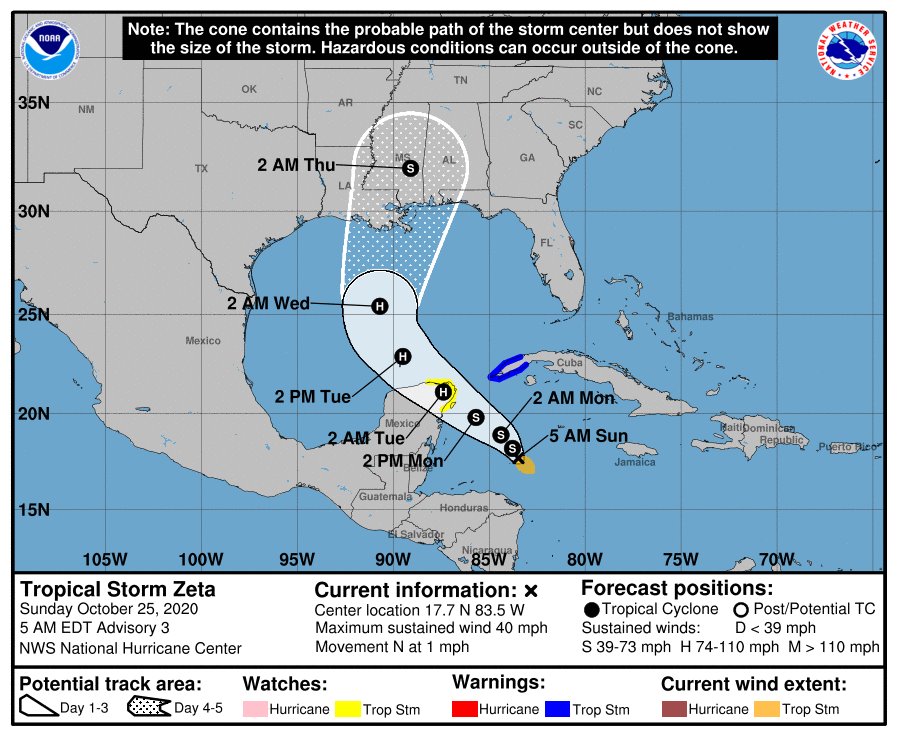 So strange how that area has been hit time and time and time again this year. Amazing consistency. Sooner or later the cold is going to drop gulf water temps and this will be done.

-2F right now in West Yellowstone right now… Looks like record lows are going to get crushed in Wyoming. Should be near -20F in some spots…in October… insane. 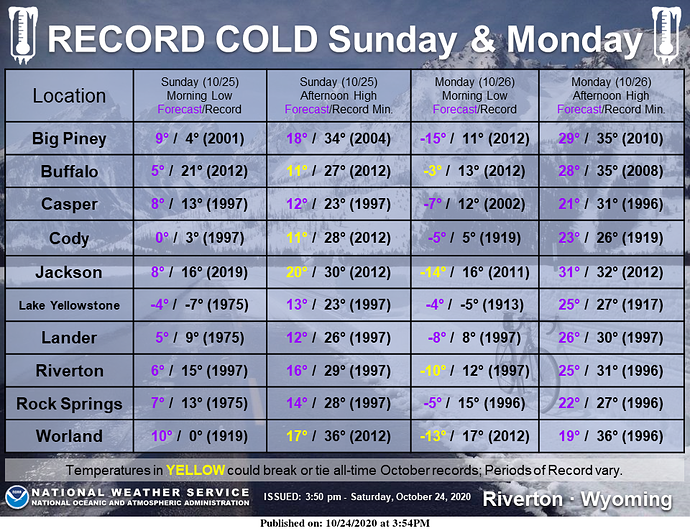 Any thoughts as to why?

Because Florida got a very fixed high pressure since June, that make this storms formed on or near GOM go over LA

I wonder what alphabet they use when GREEK is all gone??

in the low 30’s right now with flurries. supposed to hit 19 tonight. may have permanent snow on the ground soon. been ice fishing in mid nov. 2 yrs. ago.

A high in the teens today. Allegedly back into the 40s by the end of the week. I’m still hoping all this snow melts, but I’m having my doubts.

Seem to be in the pattern of ridging along both coasts with troughing in the middle of the country. That is where these hurricane’s can sneak thru and make their way north --hurricanes goal is to transport heat from the tropics to the pole.

25F this morning. All snow covered. About 2 inches. Looks like a very slow, very sunny warm up the next week. Should be back at least into the 50Fs by next weekend.

How much do you have on the ground? If we can get a bunch of sun and stick above freezing, you’ll get some melt. Time of year (shortening days) and cold nights might keep that process very slow.