Stinkbug is my guess.

Need better photo.
But could be . 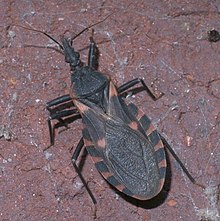 Triatoma sanguisuga, also known as the Eastern Bloodsucking Conenose or the Mexican Bed Bug, is an insect of the Triatominae subfamily, known as kissing bugs. It is found throughout North America and Latin America, and is common in the Southeastern United States. They are generally 16 to 21 mm long, black or dark brown, with six reddish-orange spots along each side of a wide abdomen. They are winged, have kinked, six-segmented antennae, and have a slender, tapered proboscis used for feeding.[2

Found these guys (half hatched luckily) on my newly grafted apple. Thoughts? 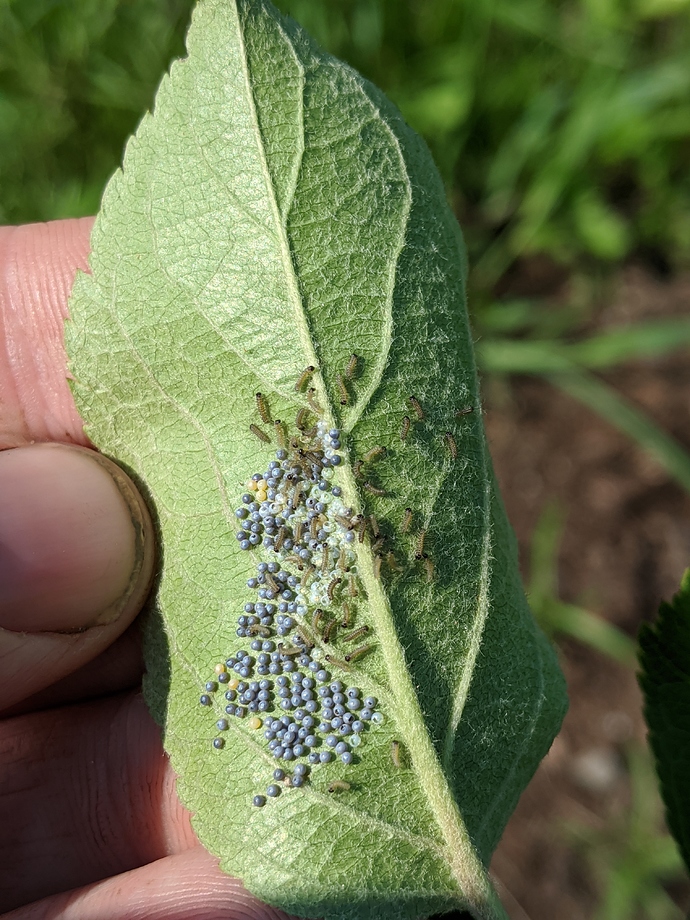 I’m not totally sure but they may be some type of Leafroller,maybe Oblique-banded.bb

A bit challenging one, found these egg on grapes. Who’s eggs are they? should I keep them or destroy them? 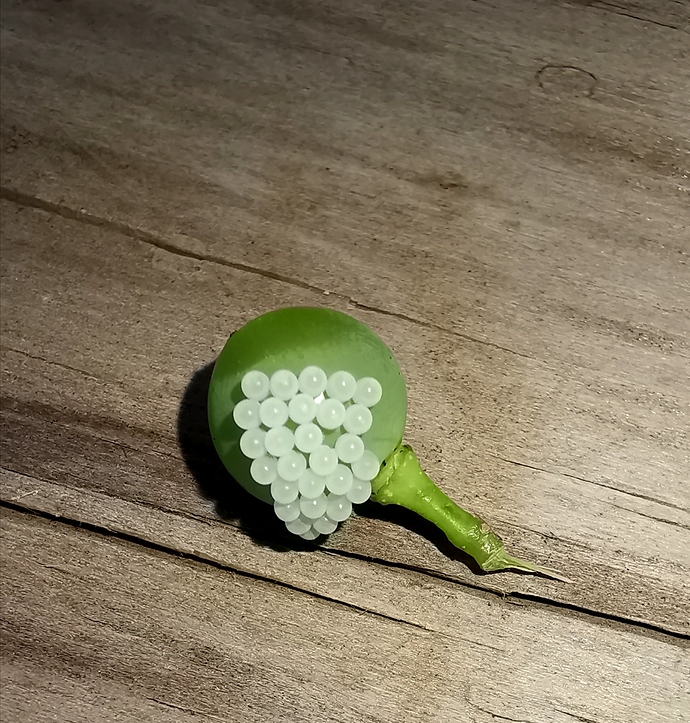 Everett: Larvae in your image are too small, not enough information for a positive ID.
Fall Webworm caterpillars are fuzzy even at a very early stage.
If sawfly larvae, they will have legs on every body segment and feed on leaf edges.

Welp, looks like this bloodsucker has very few precious moments remaining. Didn’t care to ask about a preference for last supper. I’d put a tall stack on “hurrr, blood.” Thanks for the inputs guise. 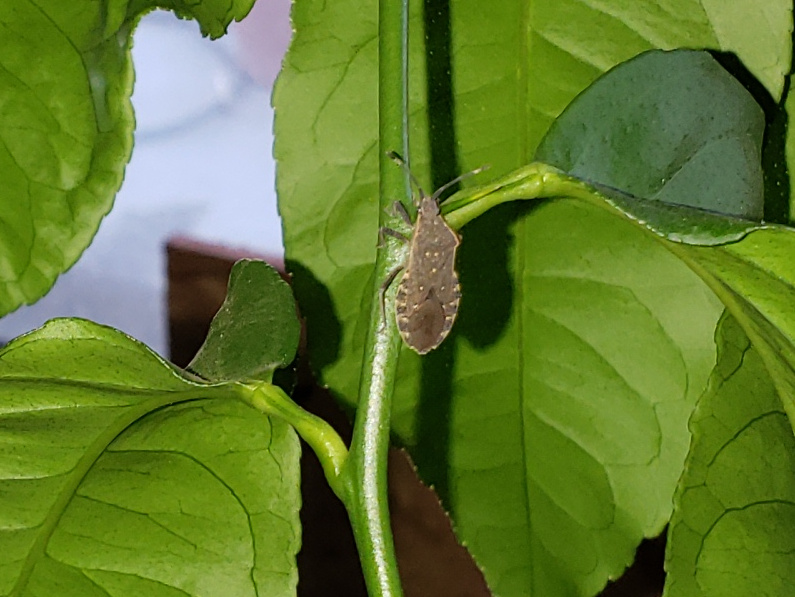 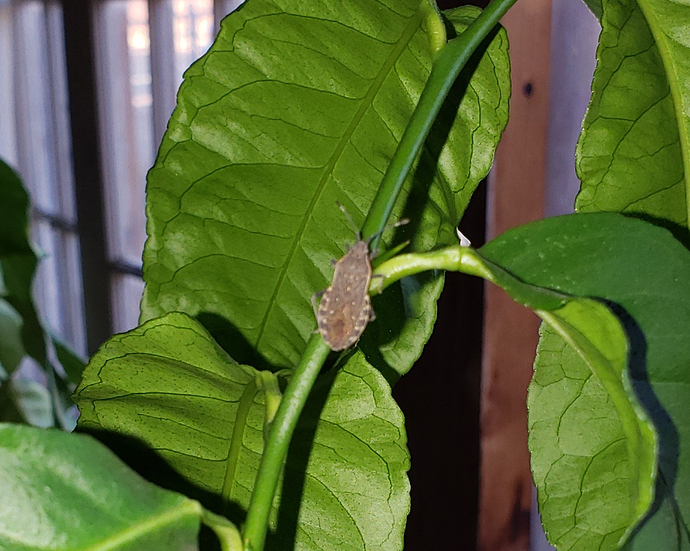 Better pic.
The head does not look the same ?
But the markings around the abdomen are what I noticed .
Blood sucking cone noses are fairly common, in wooded areas around here, and if say, stink bugs can get in the house, they can too. Most people don’t know about them.
Usually nocturnal , bite you in your sleep.
Maybe @LarryGene can give us a ID with that better pic.
Sweet dreams

In the east coast further south, stinkbug invasion in people’s home are not uncommon. 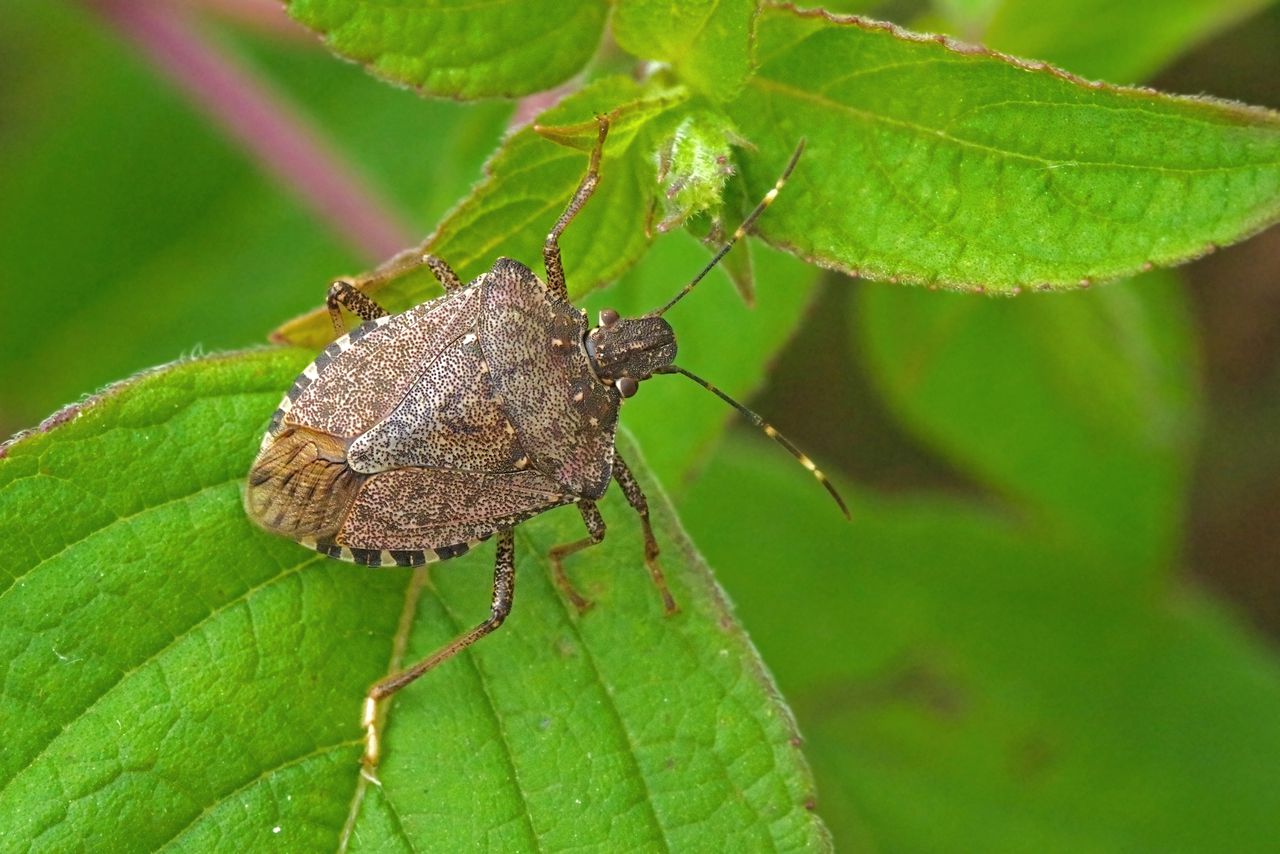 Stink bug invasion hits full blast. Here’s how to get rid of the foul-smelling...

They’re particularly bad this year and the extended stretch of summer-like weather is likely to blame, experts say.

The one @BigFig posted has a longer upper body than regular stinkbugs. When in doubt, we wait for @LarryGene to give us an answer.

Found a mass hatching on my grape vines and could use some help on friend or foe please. Thanks as always! 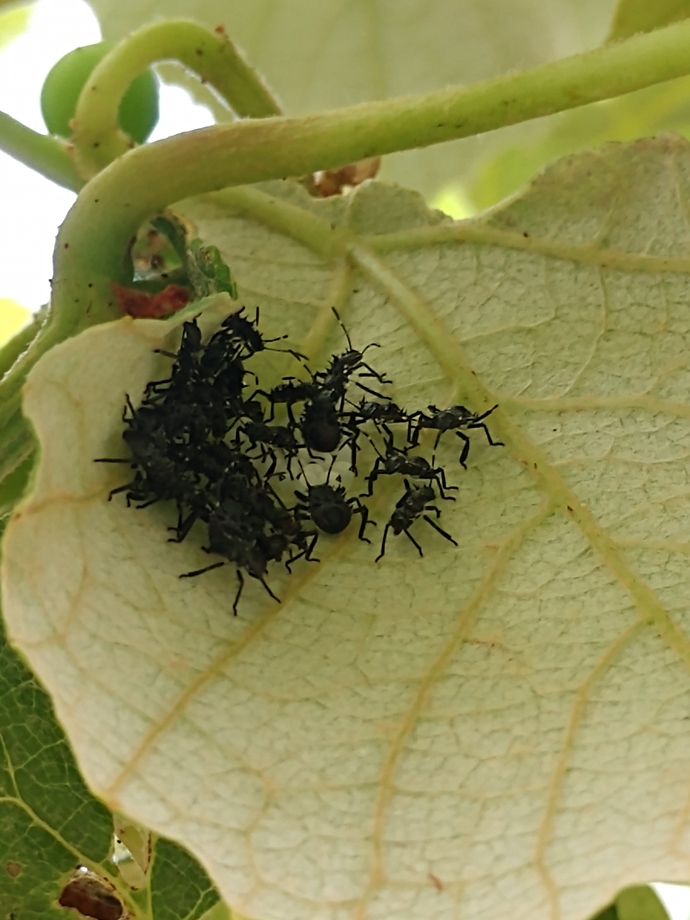 Your insect most closely resembles a plant bug in the genus Catorhintha.
Closely related to the Squash Bugs, where I first looked. Consider it a pest.

Looks like my picture is of Brown Marmorated Stink Bugs. Had a chance to do some research and the white stripe on the antenna seem to be a giveaway.

Many insects have a narrow white band or bands on their antennas; it is a minor clue and is useful when telling similar stinkbugs apart.

Your bug nymphs differ from BMSB and stinkbugs in general:

The widened hindleg portions are typical of many Leaf-Footed Bugs, that is where I would focus the research on. Some species are spiny.

When first looking at Scott’s photo,they didn’t look like BMSB either,but doing some more searching,I found these pics.
The sixth one shows a resemblance and the following on BugGuide,to me,is an even closer match.bb 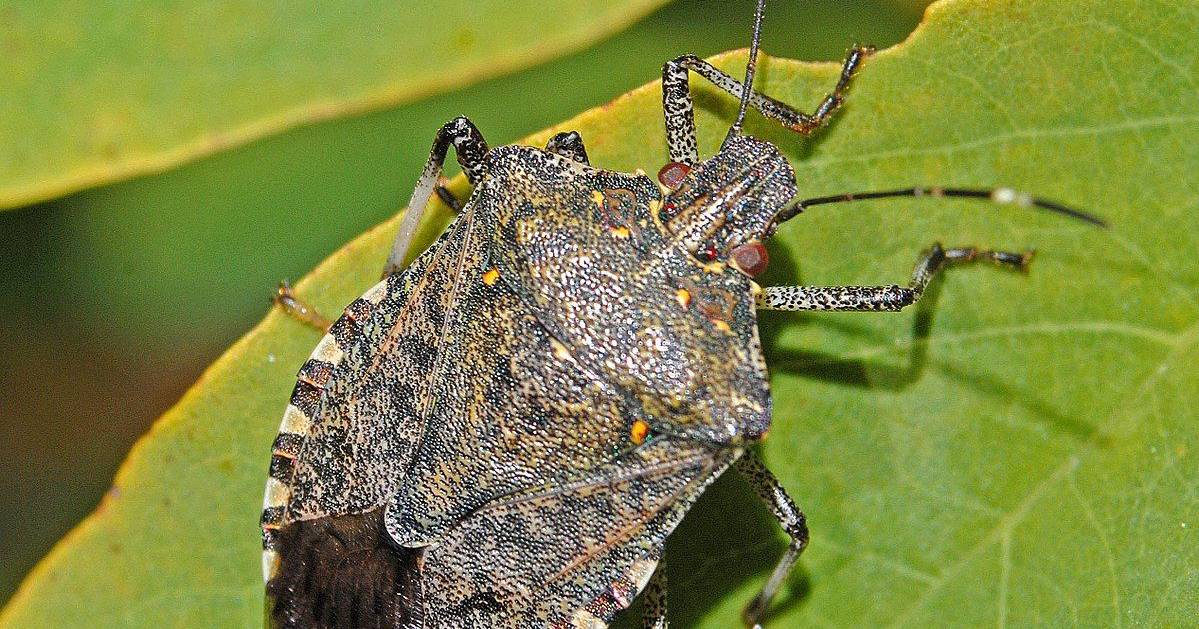 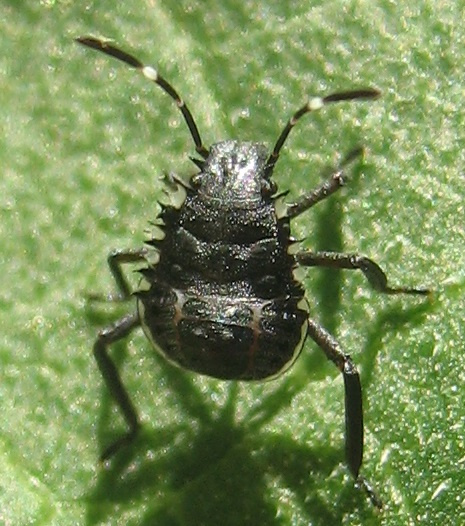 This bug was blended perfectly on the Snow Queen nectarine tree. It was getting late so I couldn’t take the picture on the tree. It was about 1 inch long. It was in a plastic jar where I took the pictures, sorry that they are not very clear. We released it in the park as my daughter insisted. 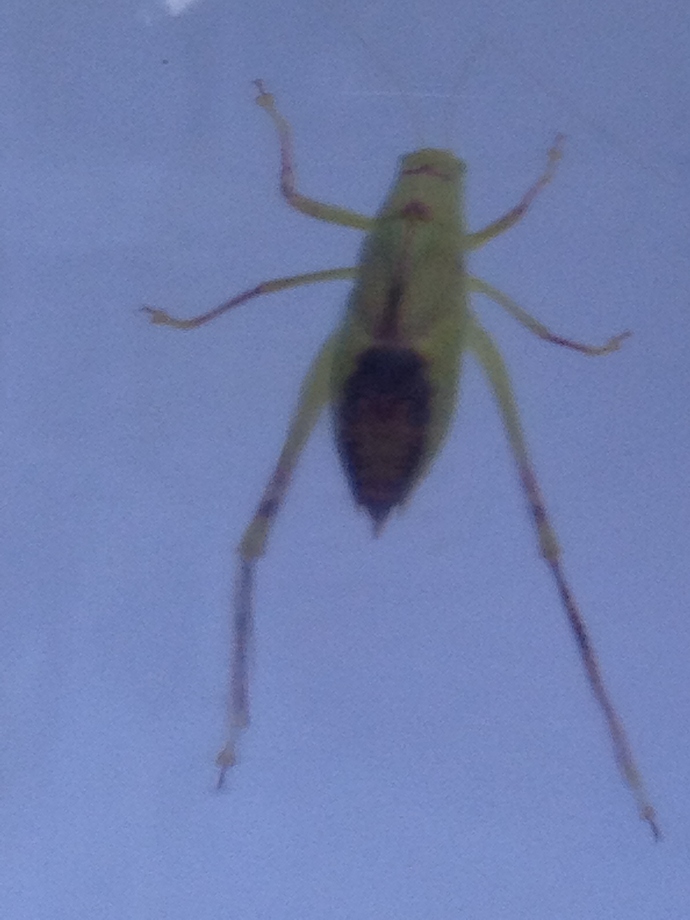 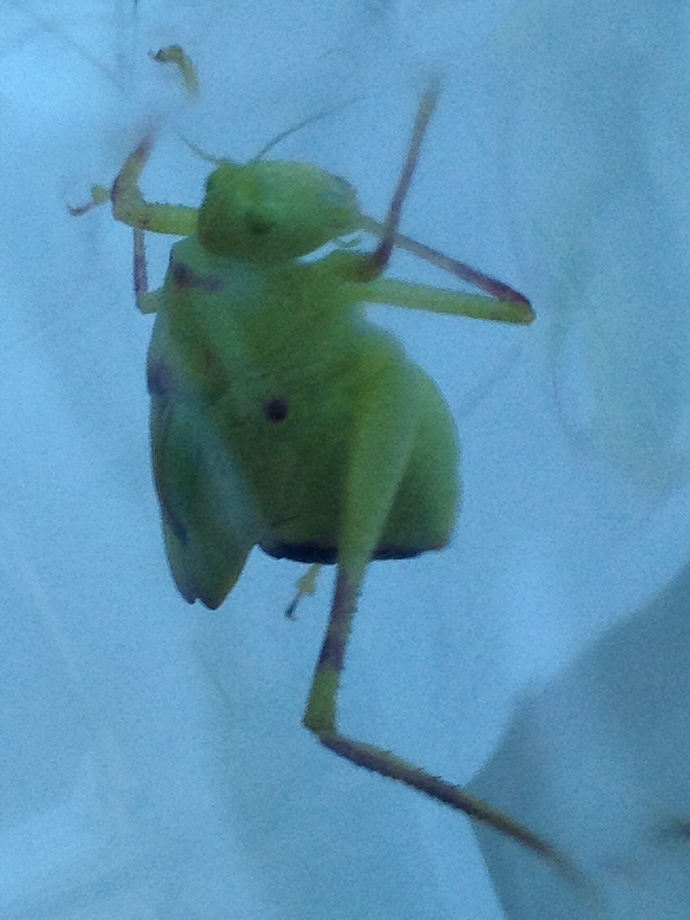 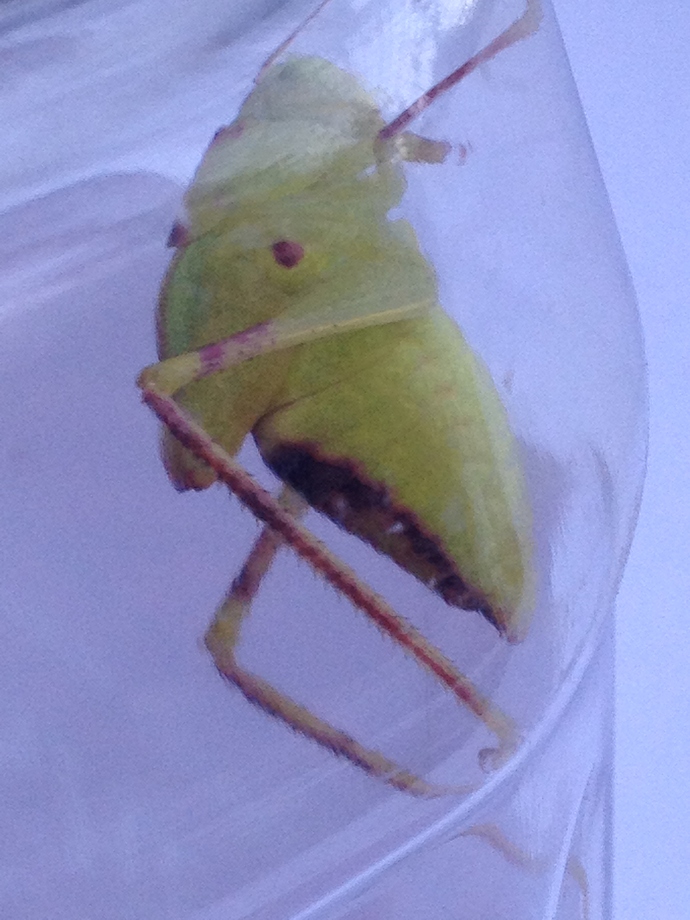 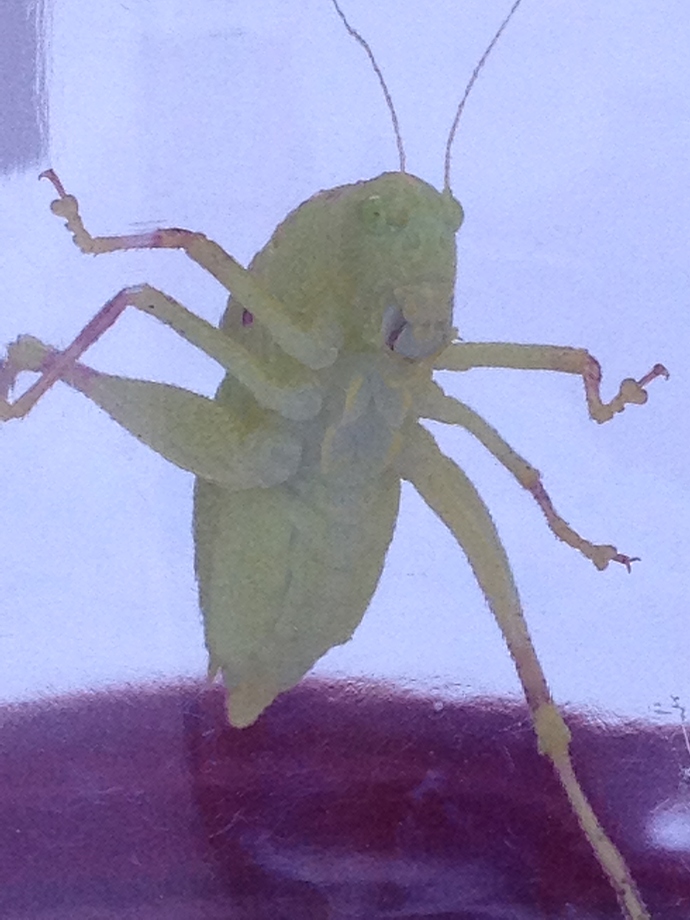 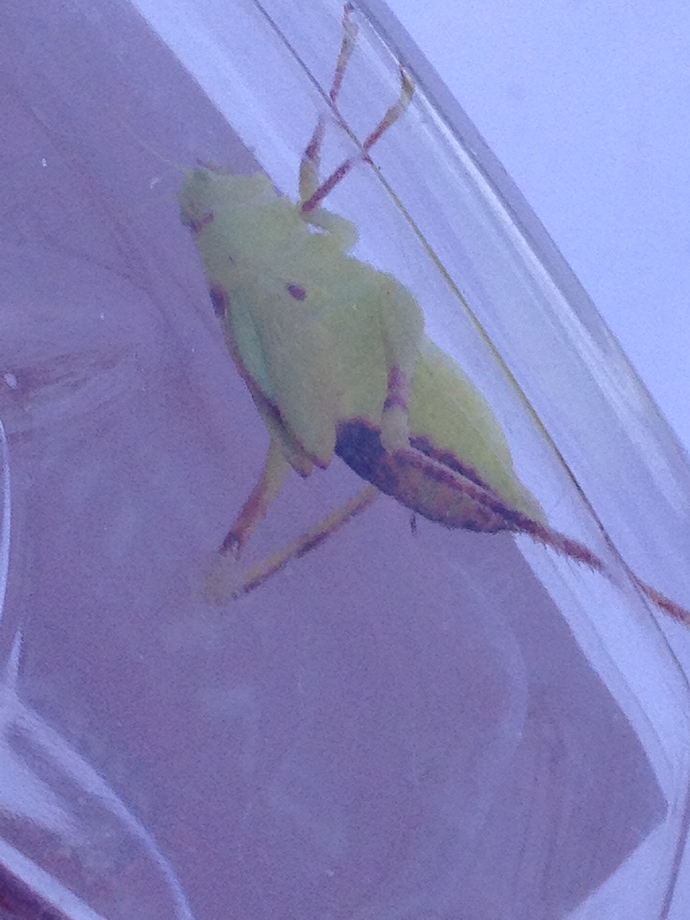 Ya, that’s the dude. First link provided displayed image taken in nearby location. I’ll be keeping an eyeball on it, but for now it doesn’t appear to have done any damage.

Also, it’s made an appearance earlier in the thread:

I believe this is an assassin bug? [image]

Thanks Larry and everyone for help in ID’ing. Much appreciated.

SlateBeltScott’s image does show a confusing mass of nymphs, I don’t know the odds of 2 different species in one group. Even with the common spiny trait, the head of some of those are just wrong for BMSB. When brightening and sharpening the SlateBeltScott image, the distinct abdominal pattern of the BMSB nymph does not show up. 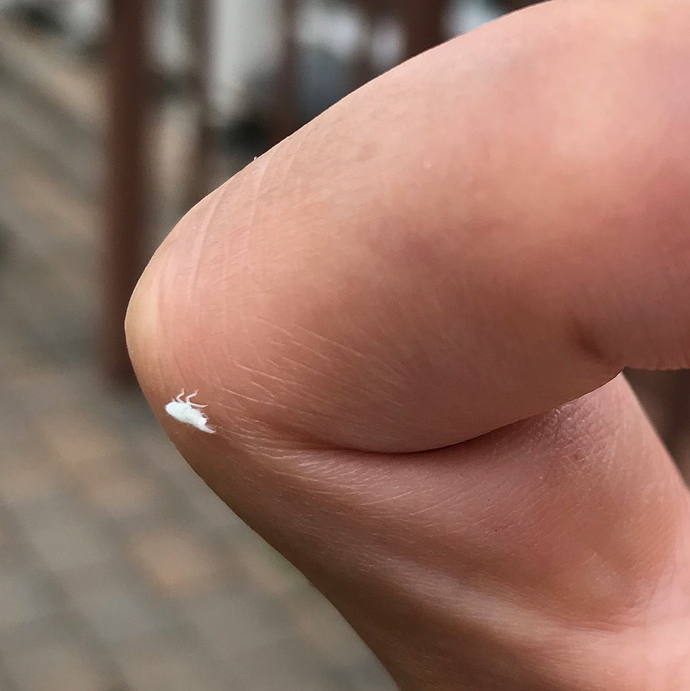 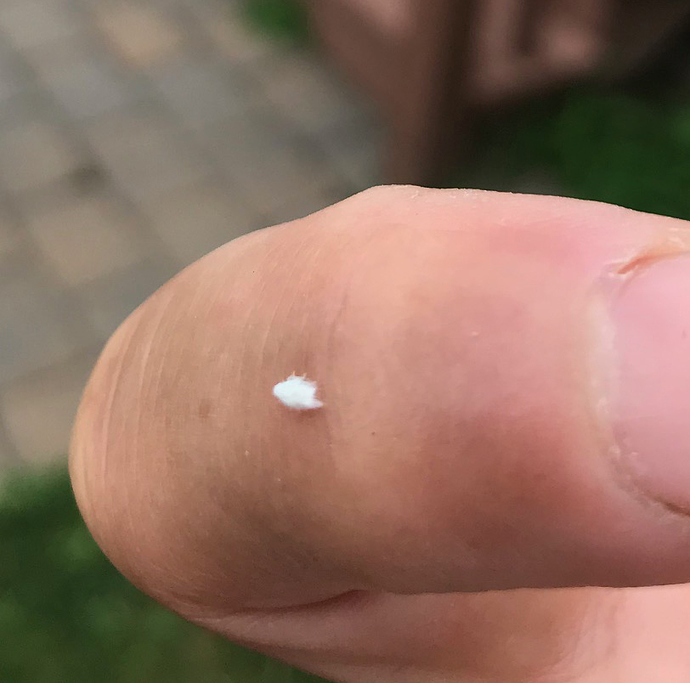 This tread is getting massive, does anyone know what these are? Good or Bad? Thanks.