It is a pawpaw, not a tater

I have several friends, they are my age or slightly older, that meet after church in the shed in winter and the shade in summer. They don’t shy away from cold beer while covering everything interesting of topical gossip and local color and news.

Yesterday, I brought up the local giant pawpaw tree find, they all know Randy. It was suggested that maybe I should contact the county ag agent and ask if he/she might assist in the measure and documentation of the purple pawpaw.

Also out of the blue, one of the friends has an association with the somewhat famous apple saver, Tom Brown, of Clemmons, NC. The stories went on to include a historic apple tree he traveled to Wilkes County to collect scion wood that was somehow related to a regional college orchard (but quite possibly Monticello? Haven’t confirmed this but recently read a short similar account in a contemporary apple history).

And for good measure, a story of a nearby Heinze 57 tree with that many grafts that eventually became known as the 63 tree (with a couple later additions for good measure).

Yesterday after the big freeze. These pics are within a mile, didn’t get up on Moore Mtn but include pics of Star Rock and Bald Rock just across Davis Creek, that’s the 300 acre orchard on top. The peaches had broken bud and were showing color on Thursday, they are all gone today.

Star Rock is where locals used to steal buzzard chicks. A set of country bothers trecked up to the overhang cliff in spring and “rescued” chicks that became pets. They are migratory birds and after growing and roosting like yard birds will leave but return on their spring run. The other big rock way up is Bald Rock at the end of the Lowe Orchard, it is an unusual perch with cacti, midget conifers and a view all the way east to Winston-Salem and south to hell town, Charlotte. 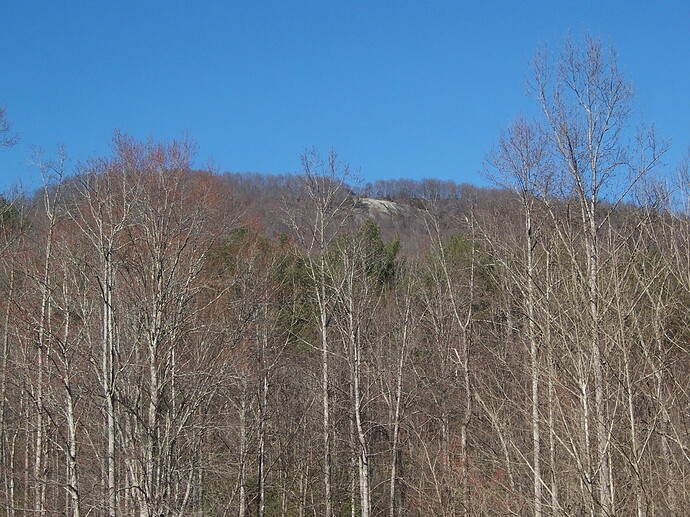 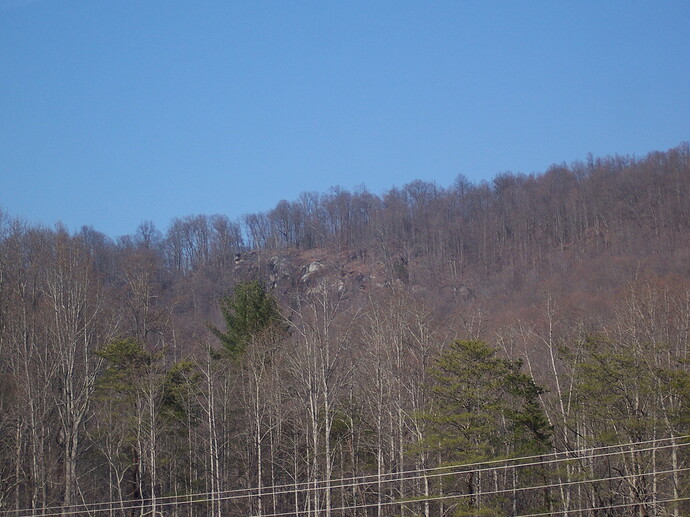 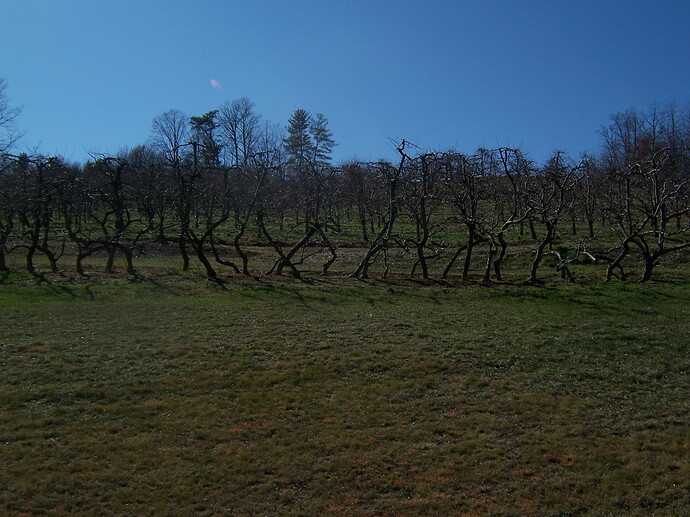 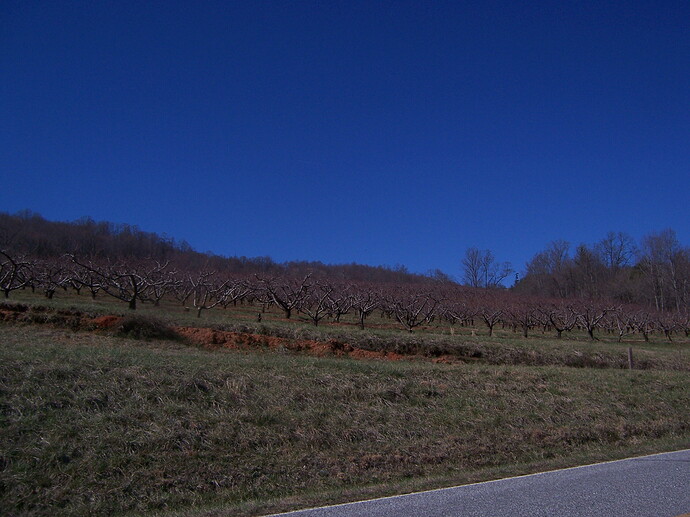 I guess all told there are 500 acres of orchards, old and new, within a mile distance of here? My front yard, haha.

Also historically referred to as: The Inertial Pore

That’s quite a front yard. Sounds beautiful! Too bad about those peaches. Seems like a good group of folks as well. Good luck on getting that tree measured and documented. I think it is a contender. I shared pictures to another group I’m involved with on Facebook and everyone agreed it was an unusually large tree. Some even disagreed and said it couldn’t be a pawpaw tree. Thanks for sharing