Here’s my Jaboticaba shrub (Plinia cauliflora) as of this afternoon. The green leaves are normal, the yellow leaves are the result of a heat wave in January, and the reddish-brown leaves are new growth stimulated by the recent rains. This plant is about 7 years old and I’m hoping it fruits this year. 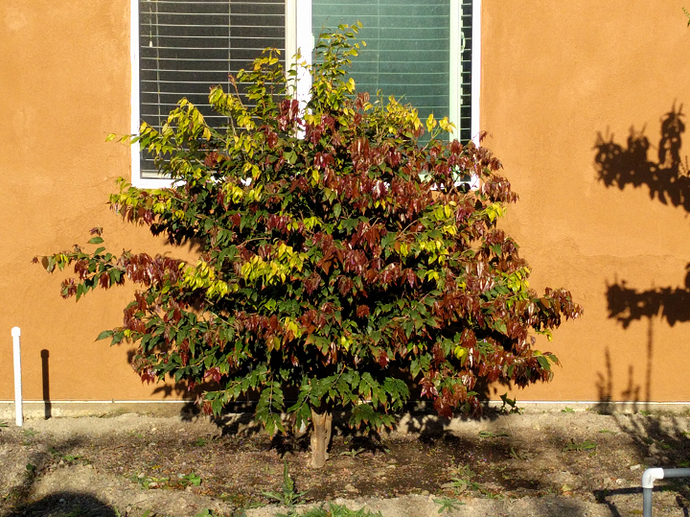 “Frosty” with the Jolly Jaboticaba and Happy Hollyleaf Cherry 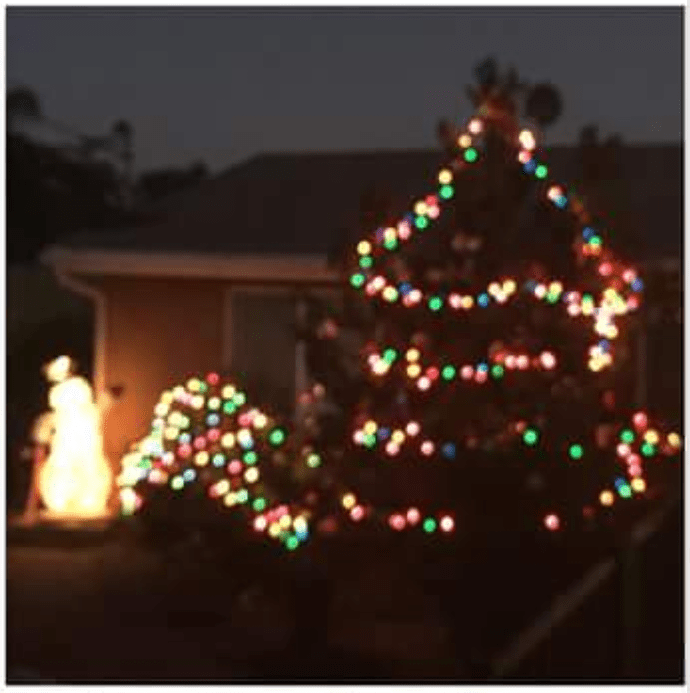 Booming ahead after the rains

. New growth is red which fades to pink then green. 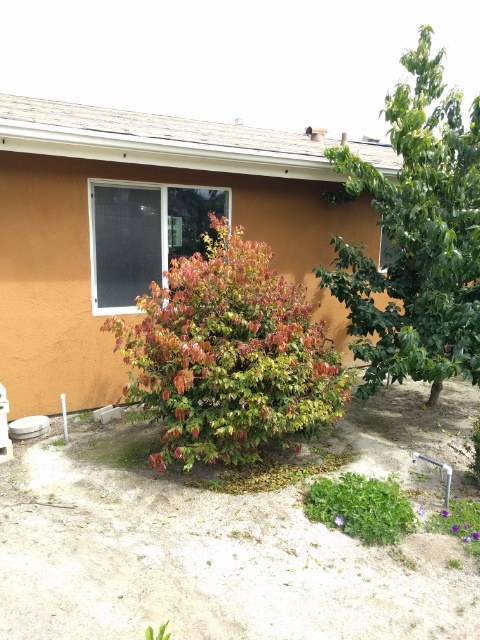 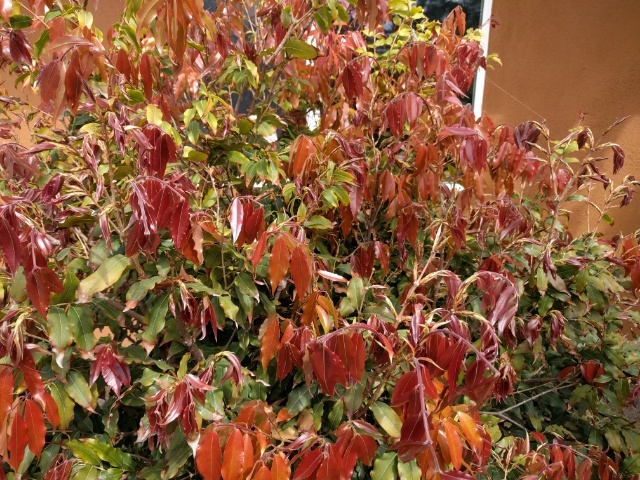 Looks gorgeous! Mine should look like that in a mere decade

I wish mine look like yours, but then mine lives in a container. Aren’t you supose to prune the bottom half a lot for more fruiting.

I might thin it a bit – perhaps 30% in the future. It is a marginal plant here and I’d first like it to establish a serious root system. 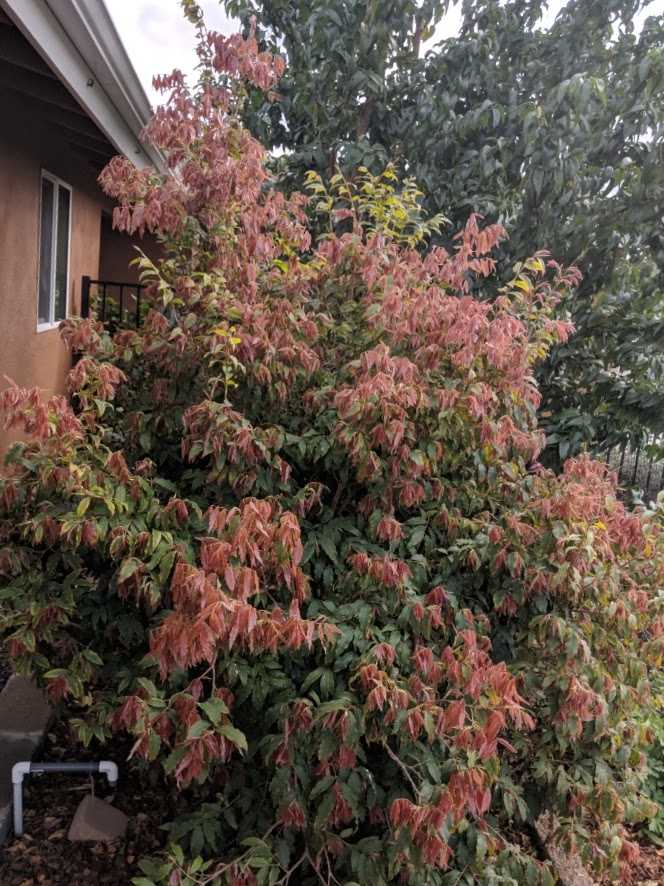 Just for your information, there is a large fruiting jaboticaba at the fullerton arboretum.

Yes, last time I was there was during the CRFG Festival. 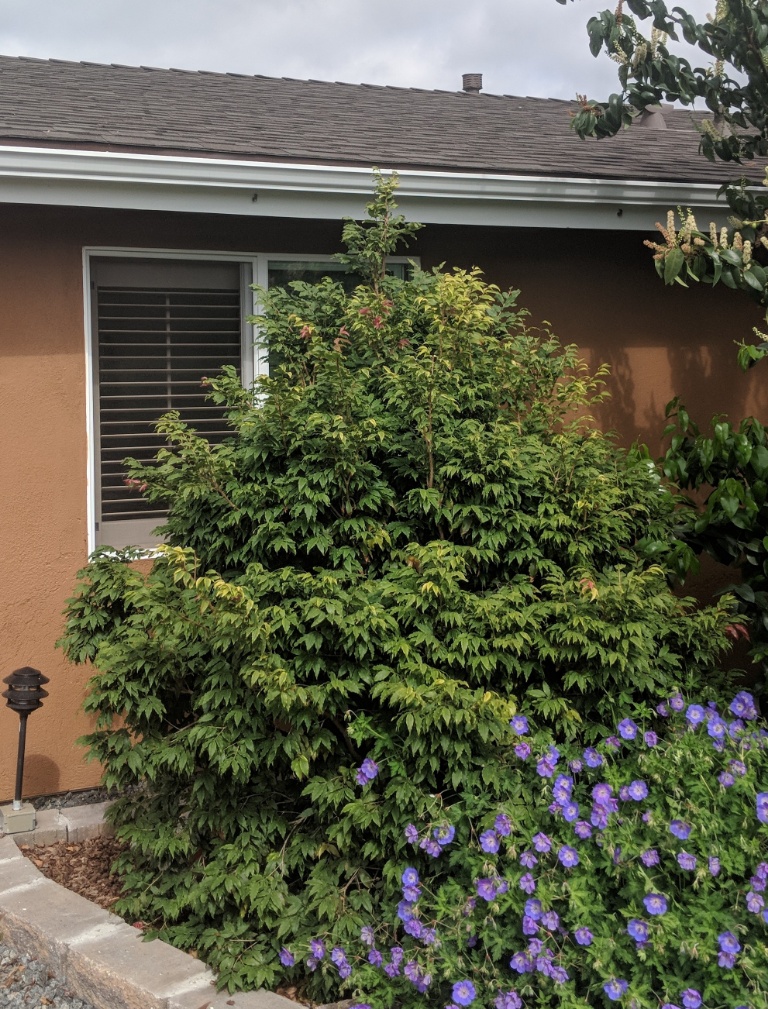 Richard how much fruits do you get of your tree?Mine is much smaller but i get 3 yields last year, maybe 4 this season.Love the berries. 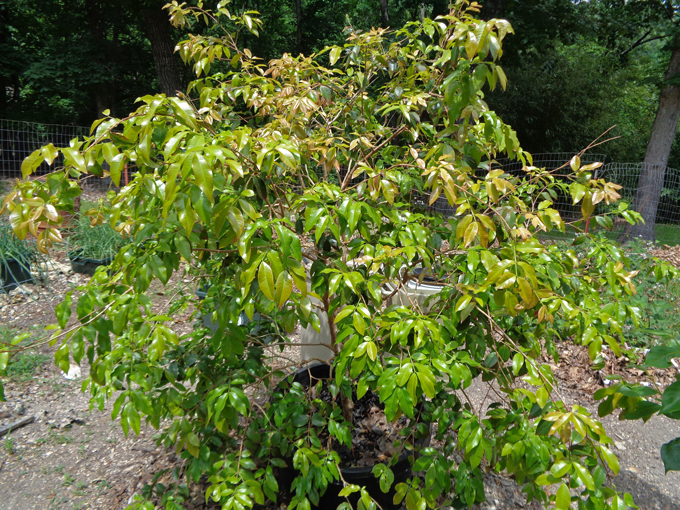 I have no fruit to date.

Mine got small berries and still has flowers, they mature fast. 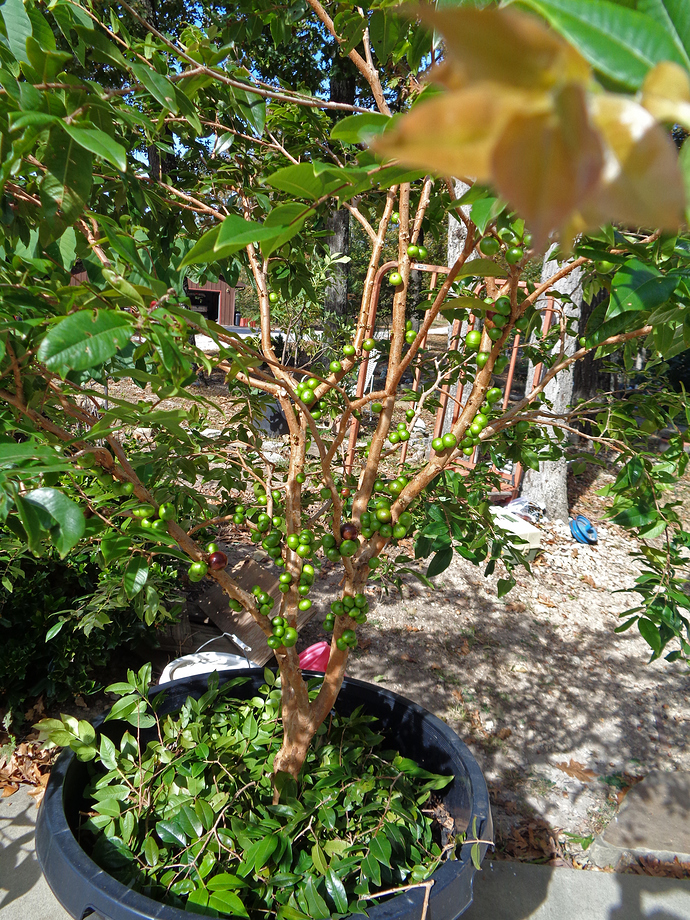 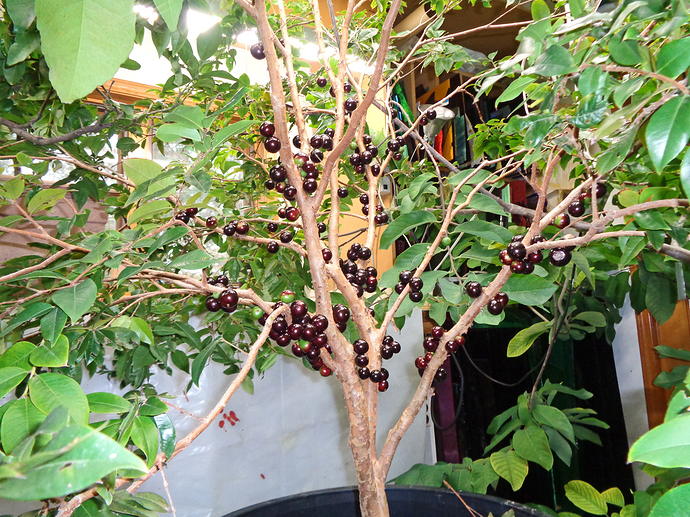 Any idea which Plinia species you are growing?

Red one, got mine from Adam( Flying Fox) Florida.

Synonyms abound in names used by sellers of Myrciaria & Plinia plants. So I started researching the actual names agreed upon by present-day biologists. Here’s what I’ve found so far:

I won’t pretend to be the expert on Jaboticaba taxonomy, I just defer to the book “Frutas no Brasil” by Brazilian taxonomist Harry Lorenzi. That book has the most recent classification of Plinias and Myrciarias which is trusted by all the big Jaboticaba collectors I know from Florida and Brazil.

Most of what you just said is accurate with two exceptions:

“Yellow Jaboticaba” is still Myrciaria glazioviana. A separate species with red fruit has been given to Myrciaria glomerata.

With regards to Plinia peruviana vs. trunciflora, there is still debate on that. One collector in Brazil just collected seeds from a tree in the wild that he calls Plinia peruviana, but it is clearly distinct from the Plinia trunciflora going around in Florida collections.

I have gotten really into collecting Jaboticabas (almost all of them are hardy enough for Northern California). Between Flying Fox Fruits and several Brazilian seed sources I now have almost every known species of Plinia and Myrciaria, plus many of the named cultivars. I’d be happy to show you if you’re ever in the Bay Area.

Part of the difficulty in identification of Jaboticabas are the individual varieties that have evolved over the ages plus the additional confusion of poly-embryonic cultivars. I think some of the questions won’t be resolved until each individual in question is sequenced.

I’m surprised at this statement since recent Brazilian sources list that species as a synonym of Plinia cauliflora.