Jin versus Jin.
The fruit comes from two different trees that are both labeled Jin. I think the fruit on the right is from the true Jin tree, but the fruit on the left tastes better. I don’t know what it is. 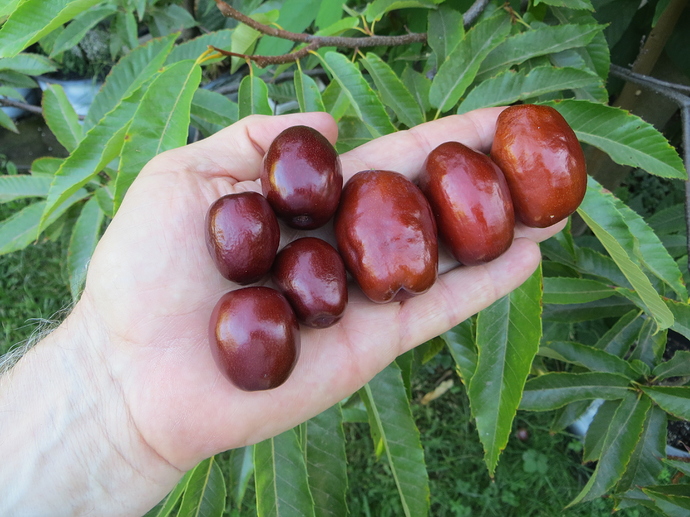 my brother likes the smaller jin better too. A bit too tart for me though.
got it from rollingriver, while the bigger jin we obtained from england’s

The smaller one does have a bit of acidity and a crisper texture. I’m not sure where I got my big Jin tree. I’ve had it for over 20 years. Don Polensky originally told me about the tree and it was apparently imported into the US by an Asian gentleman in SoCal. It’s identical to the Chang tree that Papaya Tree sells. I probably got my small one from Rolling River too.

does have a bit of acidity

sometimes makes me wonder if the tart jin is the same as “jin si lin” they have in australia, where it is apparently considered a domesticated cultivar as well as rootstock. The tart jin that we have exhibits wild-type characteristics, with 1.5" needle-thin thorns.

Interesting. I haven’t checked out the thorns. I will have to look at them.

Mine does have some rather nasty 3/4 inch thorns. It’s in a pot though and not very big.