Your grafts will turn out great with those temps.

Okay. HELP. My son and family are visiting from San Antonio. They want to take a jujube tree home but only have room for one at this time. I know Li is self fruitful. Are any of the others?

@jujubemulberry,
I’ve waited this long to see if Vegas Candy will wake up. I think it won’t. All other varieties you gave me last year have woken up this year, not the Candy 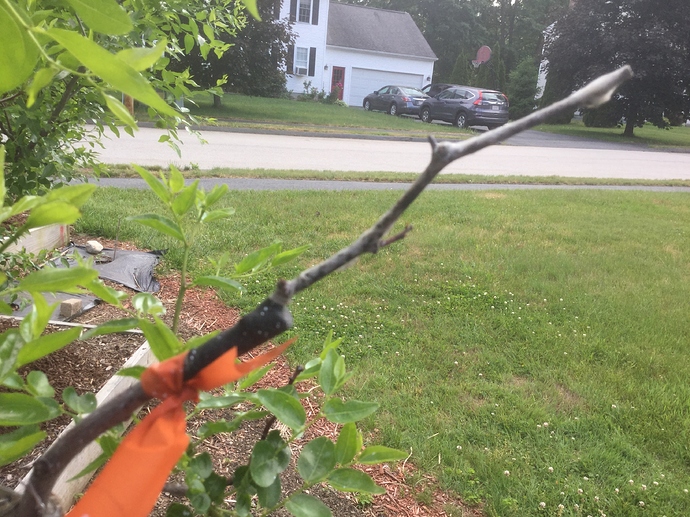 @Sophia2017fthank you very much. All three have pushed buds.

I had my daughter googled the Chinese characters and translated them for me. 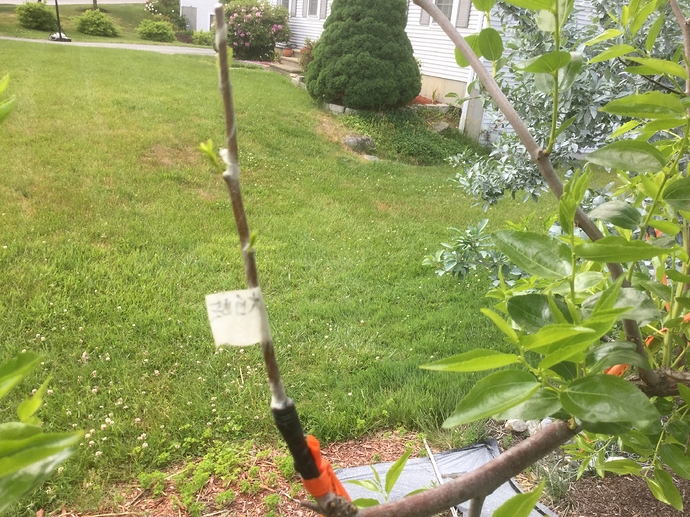 v candy is nothing more than a novelty @mamuang, being on the tiny side. Of course will still be sending you replacement scions!

did you at least get booty to leaf out? That is the largest-fruited of the vegas group.

I think V. Booty survives. I’ll check again tomorrow. I assume Vegas Candy would be the sweetest. That’s why I was disappomited that it did not comeback.

So far, I have 3 grafts that died the year after grafts took. All were either short or skinny scionwood. My guess is they did not have enough stored energy.

Candy would be the sweetest.

it is just as sweet as hj, etc. so not really special in that regard. It is one of my favorites though when dried as dates despite the small size. I am actually more interested in it as a ‘replacement cultivar’ for areas where popular cultivars don’t bear much fruit. Same with v baby, which is also small but does well in shady conditions and tastes similar to sihong dates when dried.

of course won’t recommend them in areas where bigger fruits can be grown. I actually don’t recommend hj much either(pls don’t judge me!), due to the small size of fruits also…

One thing I’ve just learned about jujubes: they do not take late hard freezes well at all. After an early spring that had jujubes (and many other plants) fully awake, we experienced two late freezes, the last of which went down to 22-24F. Lang is dead to the graft (the second we’ve lost, which does not incline me to try another). Contorted and Coco are apparently (and at the least) almost dead to the graft. Sugarcane is at least half dead–maybe more, as some of the newly sprouted leaves are wilting. Biggest unpleasant surprise: 10 ft tall Honeyjar–in a somewhat protected location—is mostly dead, possibly to the graft. Even the newly planted Asian and hybrid persimmons (with rudimentary protection) did better than these.

England’s is in a neighboring county. Their jujube orchards must have taken serious damage.

Sorry to hear that Jeremiah. From what you said, once they leafs out, jujubes are quite vulnerable.

In my yard, they don’t wake up/show green fuzz until early May. The last trees to wake up. They sure can take -10 F during dormancy without any issuein my area.

I’m sorry you had such bad losses. I can give you Coco and Honey Jar scions if you want to regraft it next year. My Black Sea and Shanxi Li had tips burnt since they just started greening up when the frost came.

@jujubemulberry,
The Vegas Booty has grown over a foot long. Vegas Baby and LeFleur are all doing well.

Thank you, Andrew! Maybe they’re not as dead as I think, but if so, I will keep your very kind offer in mind. Grafting is something I need to attempt anyway.

Hopefully the desired variety recovers for you. The rootstock should at the very least send up suckers that can be grafted next year. I lost a couple of persimmons to the freeze.

ODD question: How do you pronounce Jujube? I was watching some of @ross 's you tube videos (nice channel, Ross!) and one of us has been mispronouncing the word! haha. I’m 99.99% it is me since I’d never heard it spoken and hadn’t a clue other than the spelling.

Not exactly an important issue, but how should it be pronounced?!?!

I actually don’t recommend hj much either(pls don’t judge me!), due to the small size of fruits also…

That makes me feel a bit better with my HJ graft failed. Since I was out of scion, I re-grafted with Sugar Cane scion which I still had one bud leftover. It looks like it’s taking. But I do plan to re-graft HJ next year, given that it seems to do well everywhere.

Honey Jar is awesome… you just need a lot of them!! And the tree usually complies.

In one of the jujube videos of a tour of jujube orchard in China, the reporter pronounced it Ju-Joob. .

Yeah, I hope I’ll have big enough harvest one day to eat like popcorn…