I cracked a few Li and HJ seeds with the Vise grips and placed the seeds in a clear plastic cup wrapped with moist paper towel. A week and a half later roots formed. I planted the rooted seeds in the used coconut bark grounds from my daughter’s Hermit crabs bedding. I think the seeds like it and start growing. I will attach some photos later. Problem with uploading photos today. Not sure why. 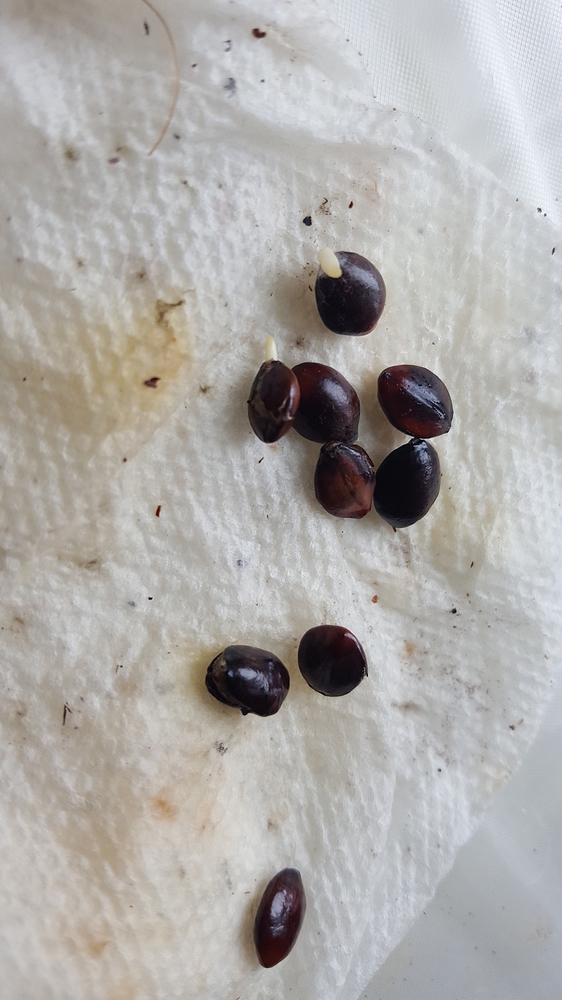 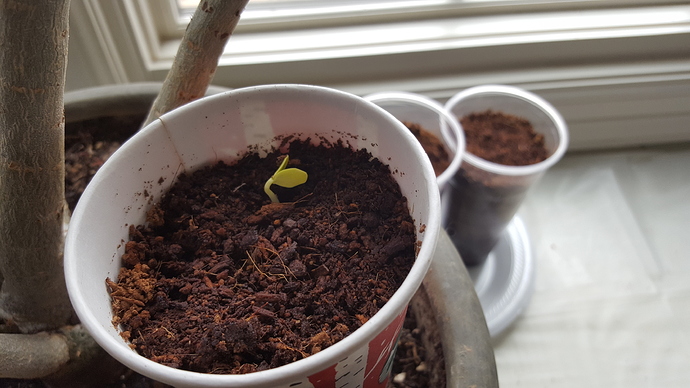 I got some jujube seeds at a scion exchange and will try to germinate them too. Do they need cold stratification?

Not for sure, but I stored them in the refrigerator since October 2016 after Harvested and consumed them.

honey jar, sihong, and rootstoc seeds don’t seem to need cold treatments, sprouting on same year they were produced. Only reason i am ‘blindly’ giving them the cold treatment is because most literature say so.

of course, may still be possible that germination rates may increase after stratification…

Thanks @tonyOmahaz5 and @jujubemulberry. I doubt it will hurt so I’ll cold stratify for a month or two and the try germinating.

I have some seeds started of honey jar and rootstock. These have not been stratified but I didn’t get good percentage of germination from the rootstock. 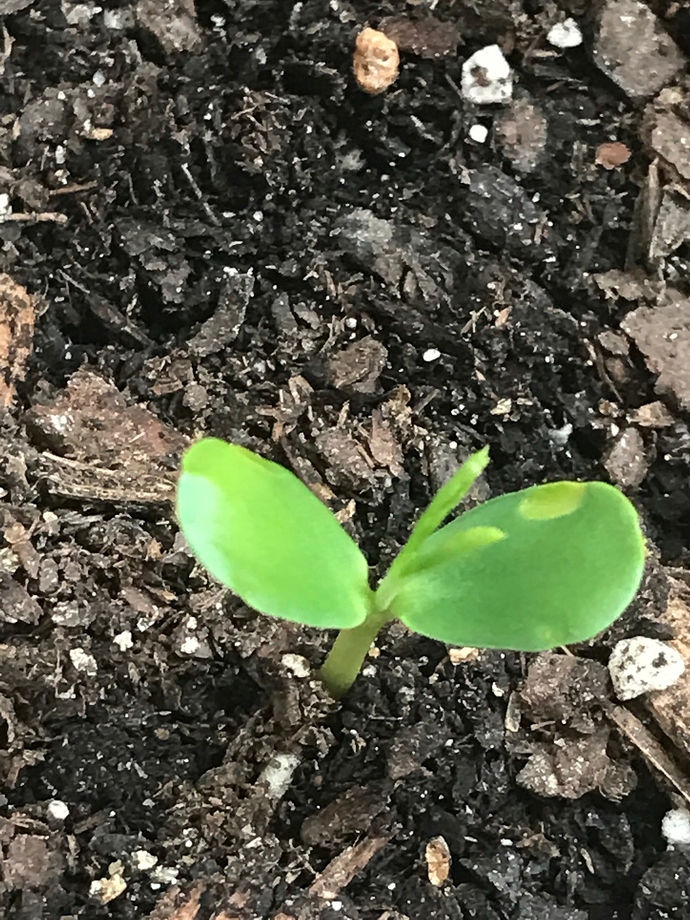 Rootstock only one hatched so far… 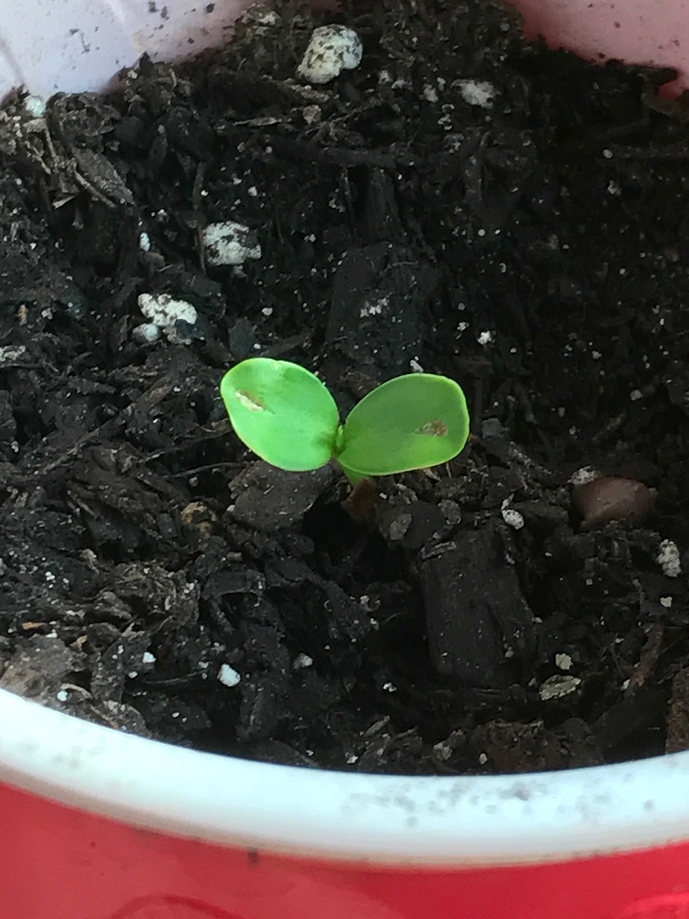 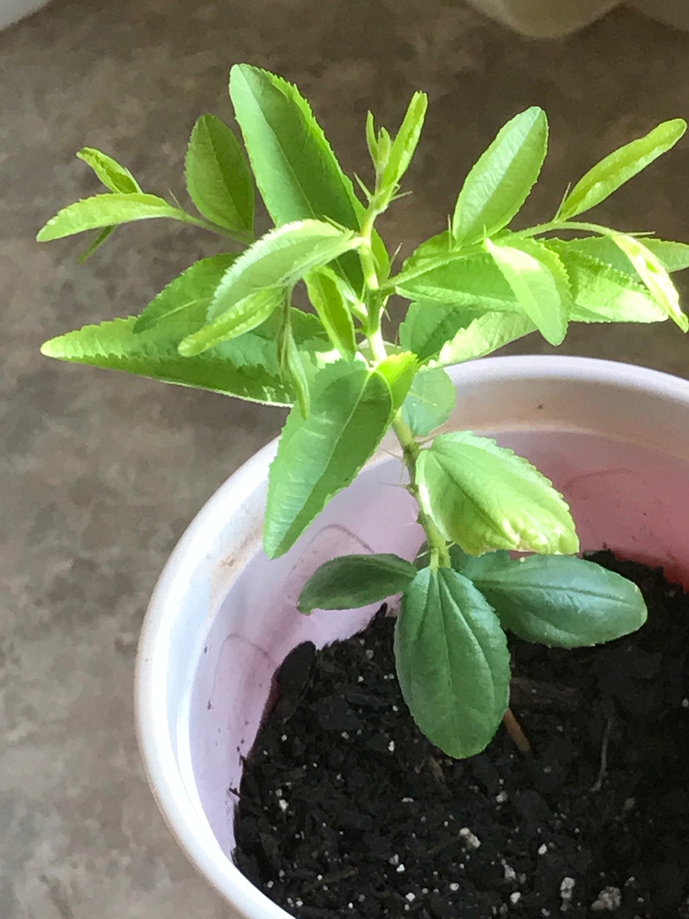 That one looks like it has grown very well. Do you have them under lights?

Here’s my So seedling which I’ve had under lights for the last couple weeks. Note the zig-zag pattern- it looks like the genes carried through on this one. I don’t see it in most of the others yet, but they are smaller. 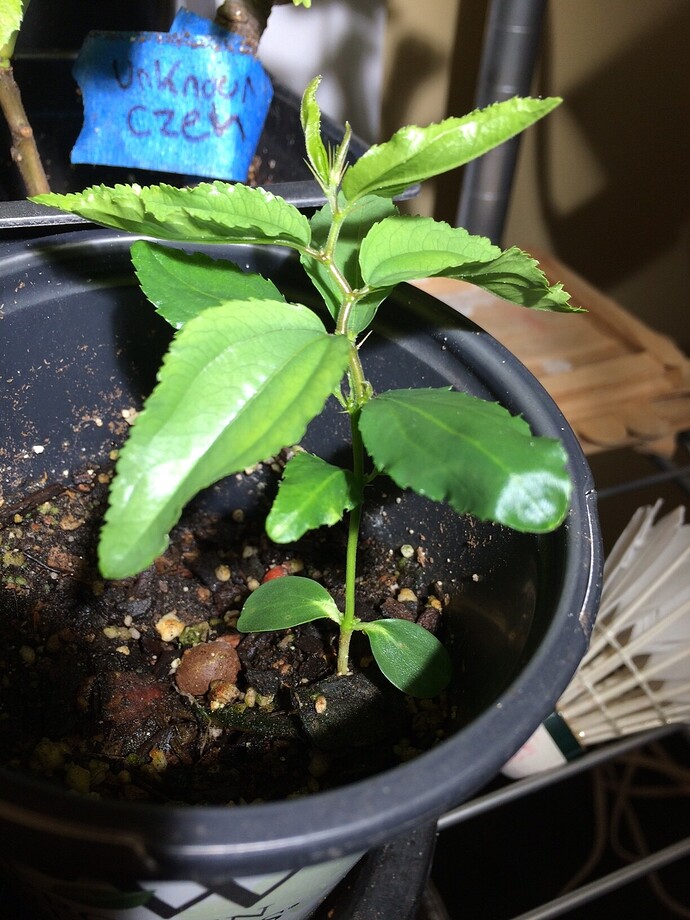 In comparison, here is a seedling I’ve had in a South facing window with full exposure for several weeks (maybe a month) longer. Much smaller. 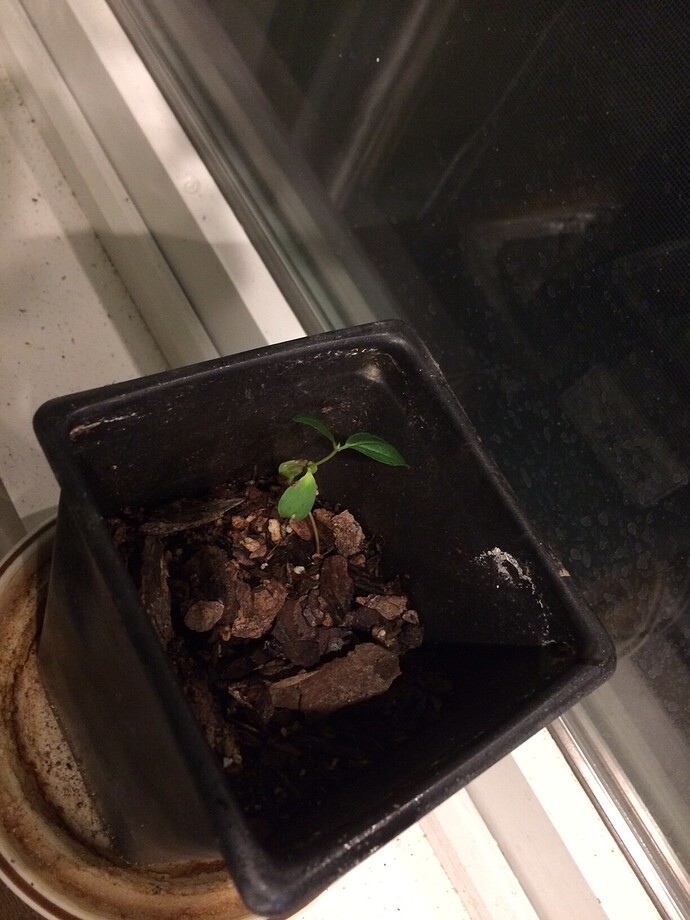 I’ve had that happen some. So far, I’ve been able to free them manually, without destroying them. But, I wait for a bit first to make sure it isn’t too delicate and give the shell a chance to loosen. 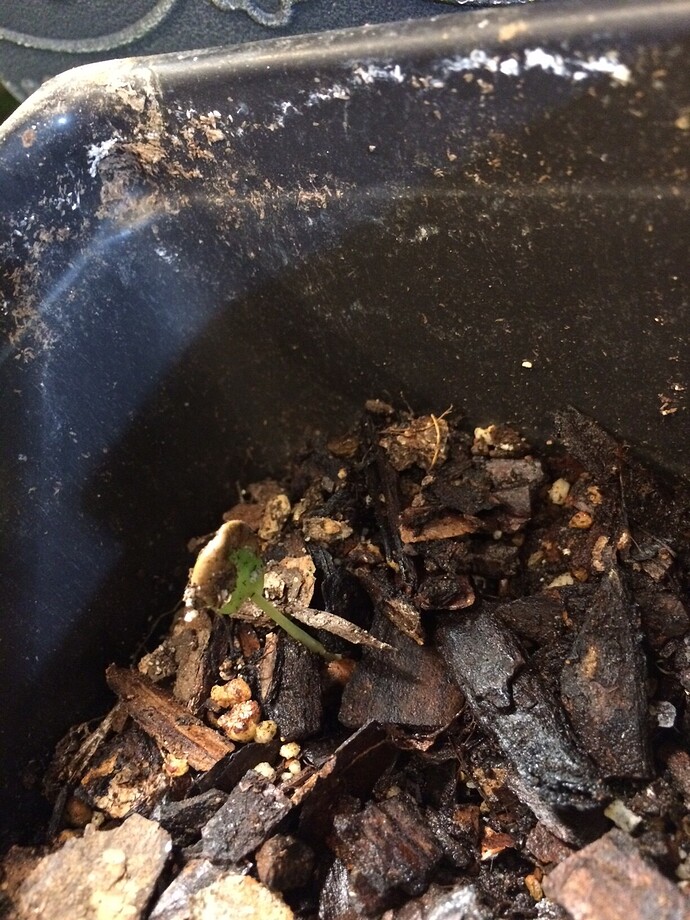 Note the zig-zag pattern- it looks like the genes carried through on this one.

That is fantastic! I’ve never seen a So in real. They are interesting and your baby is looking great!

I only have mine in a south facing window. It’s not as green as it should be but it’s growing really well. We’ve had a lot of cloudy rainy days lately and some sunny days will help.
It’ll be spring here in another month.

wait for a bit first to make sure it isn’t too delicate and give the shell a chance to loosen.

I waited and waited on this one. It was like the shell never released from the top cotyledon and I was finally able to split it but there was lots of damage where it had held the bottom and the top one it never released. It might make it but there is very little reserve in the one leaf. It’s just a wait and see I guess. 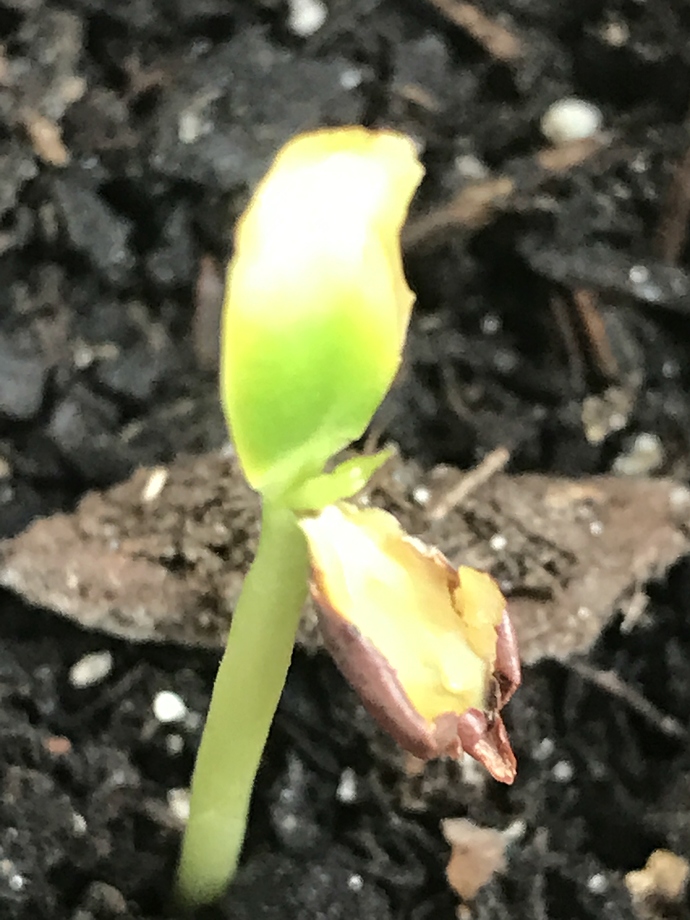 And then I had another with kind of an extra cotyledon… it’s bit strange looking so I’m not sure what genetics are living here! 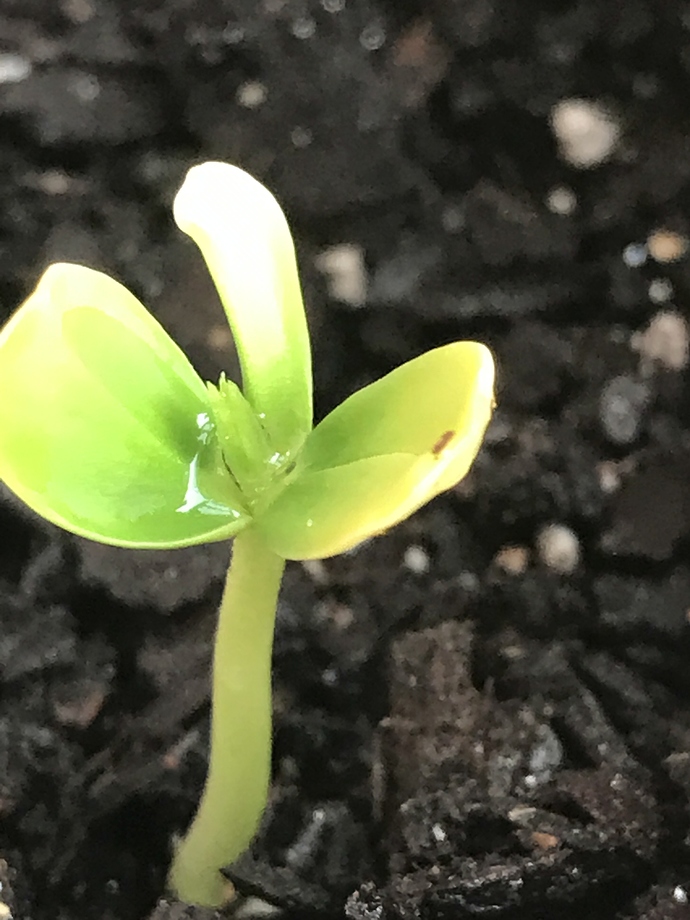 I’ll give them a chance…

I just checked out my notes, and the dates on some old pics. It looks like the one from the window and the one from under the lights were young seedlings of roughly the same size 2.5 months ago and 3 weeks ago respectively. That means the one under the lights put on 2x or more growth in one third the time. I think I need to get all of them under strong lights…

seedlings may have split cotyledons, but don’t seem to have a bearing on their survival rates. Some may look like 4-leaf or even 5-leaf clovers 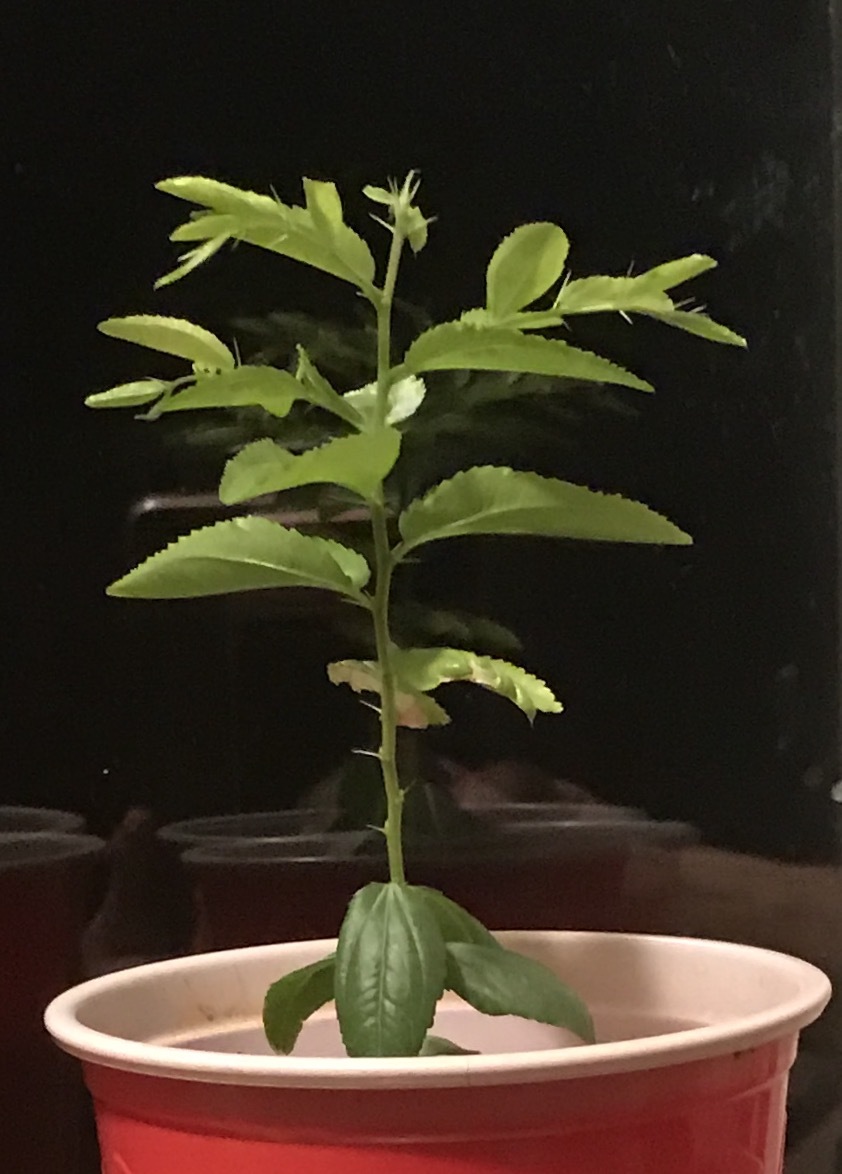 Do you give it supplement light?
Tony

Tony, it’s just in a south window but in Texas so many days it gets a lot of light and warmth.

actually like my jujus getting big in small pots. I don’t have to dig too deep to plant them in this very rocky and rock-hard mojave earth. .
Sparks literally fly digging around here!

I’ll bet! Amazing that they grow there!

I am happy that 7 out of 7 Honey Jar seeds had sprouted. I guessed the moist paper towel wrapped the seeds and placed in a clear plastic cup with the lid on method worked well. Thanks to Alcedo. So sad that Alcedo, Roger Meyers, and The Ace of Spades left Us too soon. 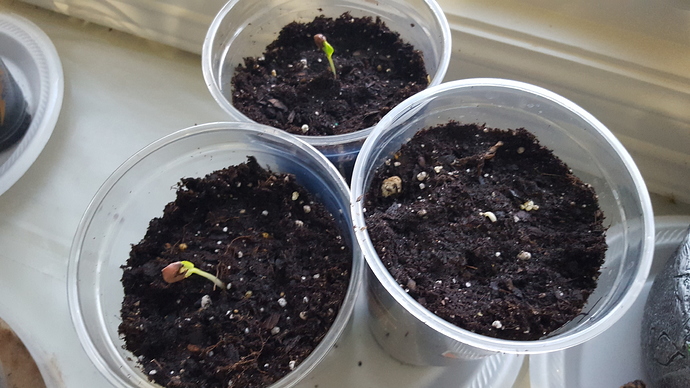 It’s been about 2 months in the fridge for cold stratification so I cracked open the seeds I had and am trying this method now. Is there anything special about the plastic cup with lid? I wrapped in a moist paper towel but used a clear ziplock bag, which has worked well for me when germinating other seeds.

Nothing special. The plastic cup and lid for increase the humidity.