I’ve been considering how to create a sunny spot for this new jujube. Next time, I should order first and find a planting spot later.

I guess I thought about it too long also!!!

@k8tpayaso,
I am not too happy about my procastination this time.

Well, I know where Bob lives, and he bought two of them. He may not know one could be missing

Yeah, that one in the pot would be pretty mobile!!!

So has anyone looked close at this Empress Gee photo? 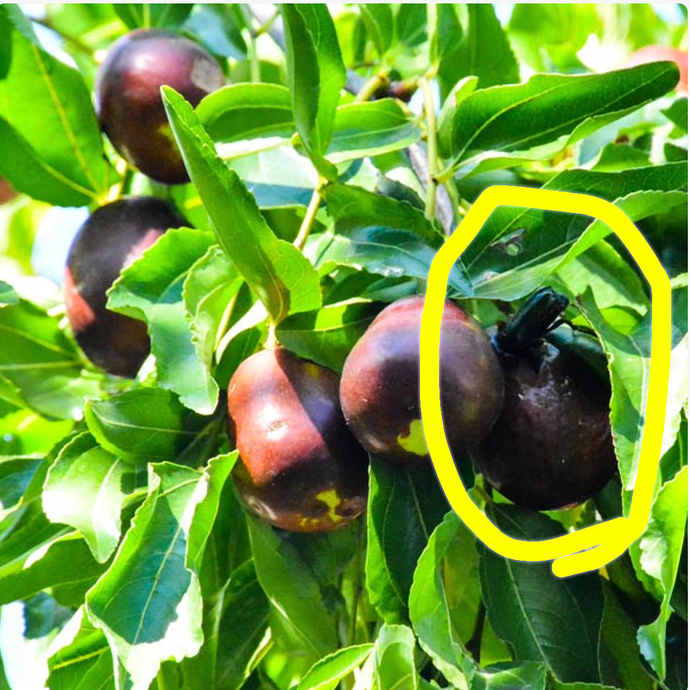 Well, I know where Bob lives, and he bought two of them. He may not know one could be missing

Yeah, that one in the pot would be pretty mobile!!!

I’ll have to swap the labels around. Then, instead of Empress Gee, Tippy would end up with a random sucker.

She could just take all of them, but would need a semi and she would no longer have a lawn after unloading…

So has anyone looked close at this Empress Gee photo?

I was trying to figure out what it was, though it is hard to say given the shadow it is in. Is it a firefly? It also occurred to me that it was just a small malformed fruit with a bit of debris around it, but I think a bug is more likely.

I also looked closely in terms of the shape. It seems a bit pear-like, similar to Lang.

I guess I thought about it too long also!!!

I almost placed the order within a few hours of Castanea’s post. But didn’t have my wallet with me and it was getting late. So I ended up getting the order in the next morning, when there was still around 30 available. I think part of why they sold out is that OGW sent a promotional email about the new jujube varieties last night around 7pm (Eastern).

There are 17 Confetti left of thirty-something last night, but all the Empress Gee sold out

I am not too happy about my procastination this time.

Well, I know where Bob lives, and he bought two of them.

applies to the guy typing this

i snooze, i lose…

saw that too. must be a korean bug or something

but I think a bug is more likely.

Yep. Some kind of beetle with its head buried in the fruit… just surprised they would post that picture… you can see it’s hind leg on the right side.

Kathy,
They posted that pic to show much attractive/sweet the fruit could be. Even the bug could not resist.

Well, I’m glad I jumped on buying 1 each of Confetti and Empress Gee last night. Just happy to get a Korean variety to try. Thanks for heads up. FYI OGW also has Coco and Ant Admire in stock.

For those of us in cold zones, we need to take ripening time of each variety into consideration. For example, the real Winter Delight probably won’t ripen here in time.

my most recently obtained “winter delight”(from ogw) actually was relatively early, and had better quality fruits than sugarcane, despite being in potted condition and often getting underwatered.

Honey Jar and Massandra ripen in the same window in the middle September and Sugarcane ripen in the 4th week of September. The rest is not even turn light brown yet in my Z5 Omaha.

perhaps one of the reasons feel relaxed after gobbling juju fruits, haha

Climate/soil sure must make a big difference. My Honey Jar is early to mid ripening here and Massandra is one of the later ones.

here hj and sugarcane are earlier than massandra. My massandra is still potted though, so maybe that has something to do with it.

Agree that climate has a lot to do with ripening time and taste.

Has anyone grown this one - Ta yang zao ? 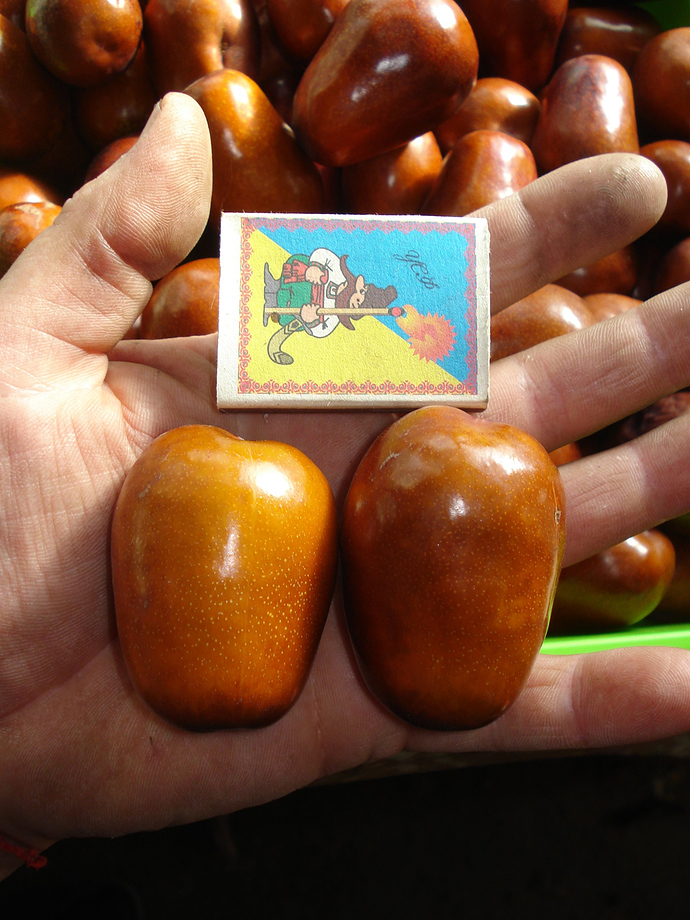 Another photo of Ta yang zao- 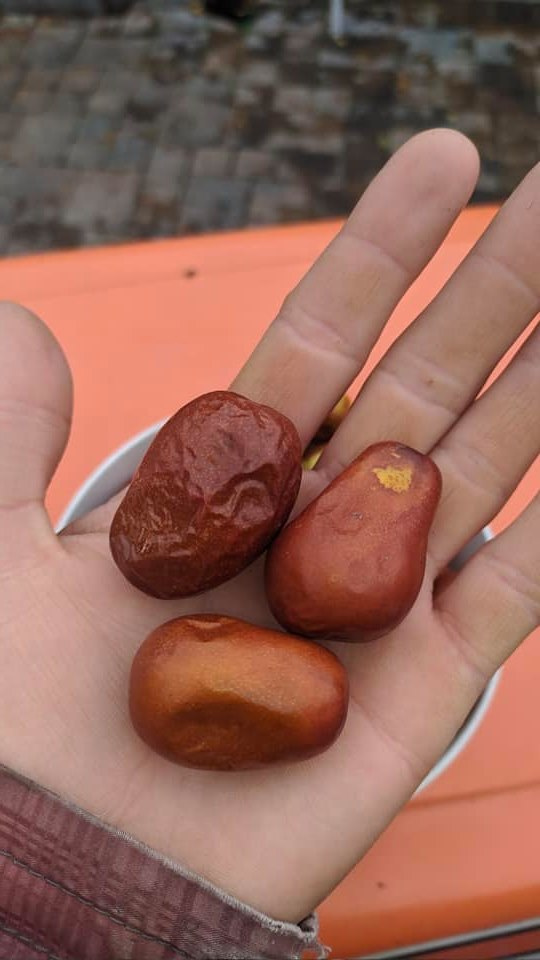 Those ones are very big. What they taste like? Interesting variety.