A lot of sources on the web say that you shouldn’t cut any mulberry branches larger than 2 inches, because they’ll just keep bleeding. I don’t think this is true, and I have enough unwanted volunteers that I’m going to prove it.

Here’s the first test subject. I cut it partway through and split the trunk as I tried to rip the top off. Undaunted, it is sprouting out wherever it can. 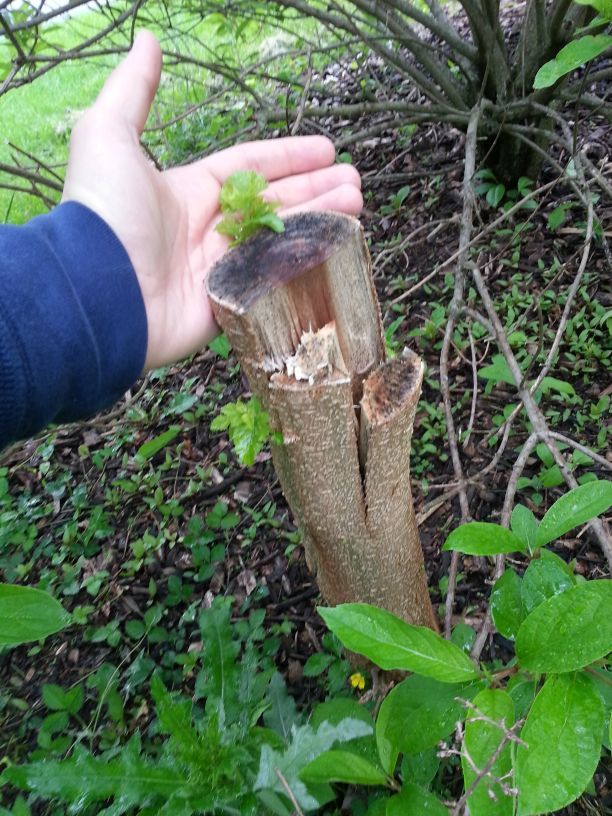 (If it lives, I’m going try to turn it into bonsai.)

I cut a mulberry off and grafted last spring that was more like 6 inches in diameter and the graft took,

Depends on the size of the roots established. If the roots are old and big enough, I agree it’s very hard to kill a mulb by whacking it just once or twice a season.

But if just an inch or two in diameter - and only a few years old - it is possible to kill them after a few whacks (or in my case, multiple failed top-work attemps). During the growing season, a topped mulb WILL bleed a LOT. It will try to bud up from the base. If one rubs off those buds enough times, one can kill a mulb only a few years old or younger. This has been my experience.

On the flip side-- My mother has a very old male red mulberry stump in PA. She has whacked it endlessly - for several years - and it refuses to die. Its roots “go to China.”

I don’t believe it is the bleeding that kills a tree- at least I’ve read it doesn’t contribute to any bad results. If you butcher any tree to the point that it can’t harvest enough energy to defend itself and grow replacement fine roots (which is essential) there is a point of no return, no matter how much energy is stored in the remaining wood.

I was going to post my own Mulberry bleeding post but why not bring back a old one.

I just bought a chain saw and cut down this volunteer mulberry I have been trying to graft to for the last 4 years and failing. Bleeding latex was not as bad as I had expected, but it bleeds sap water like a spring. This is two days later and water is still flowing so much the grafting paste wont dry. 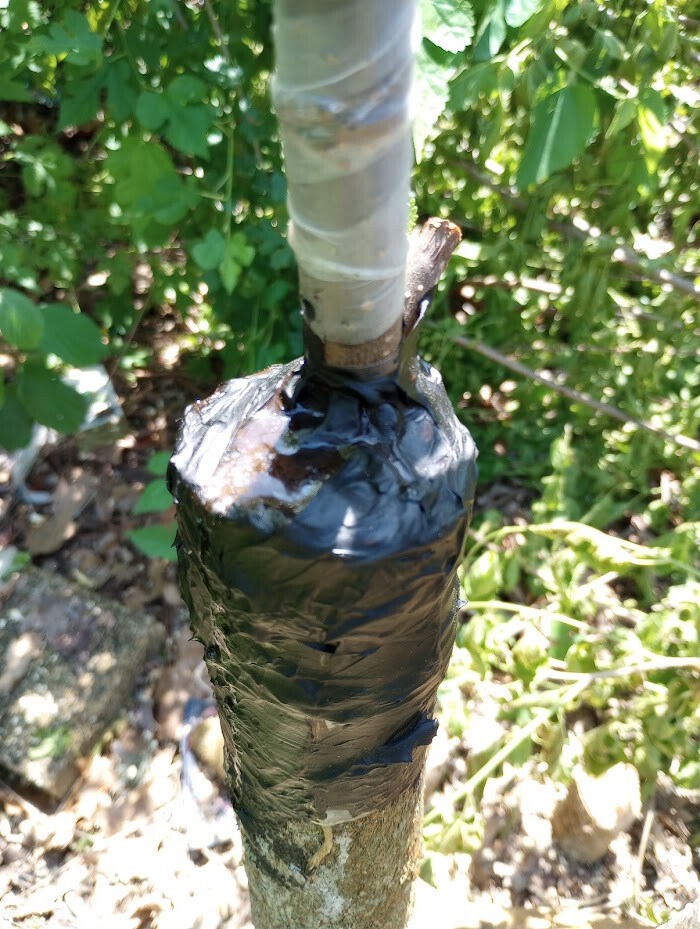 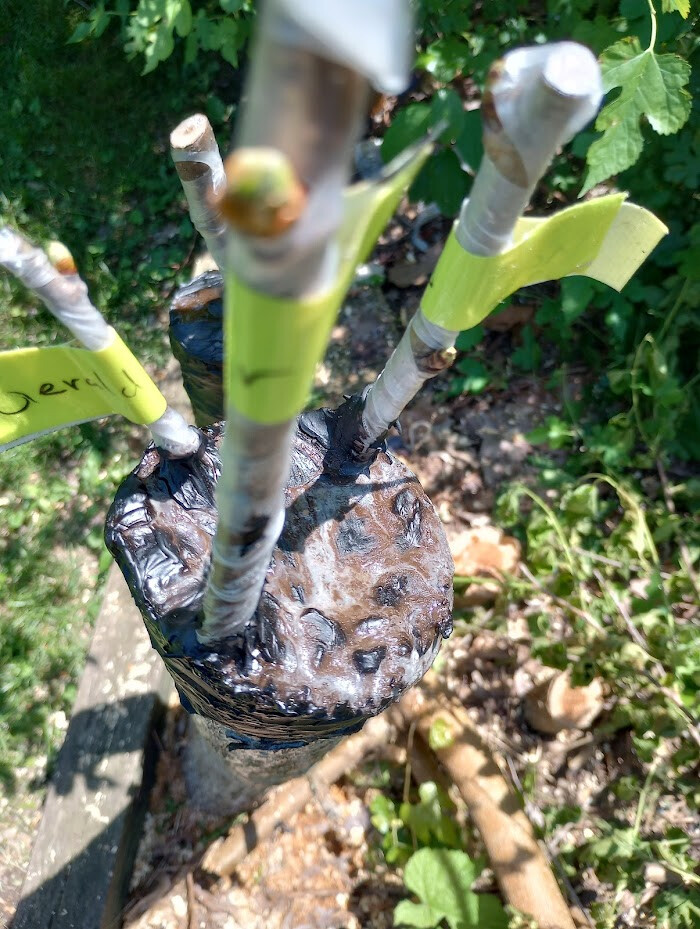 I am also having some fun with some radical branch grafting. I drilled into the trunk trying to stay parallel with the cambium, chiseled though and separated the cambium from the tree and inserted about 1.5-2" of cambium and scion i have similarly flayed. 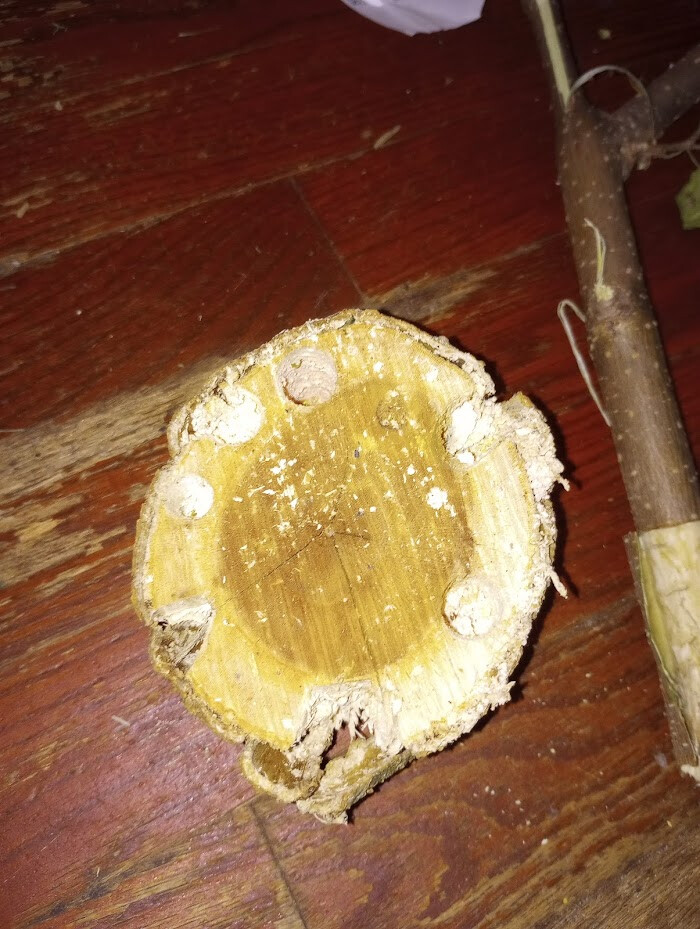 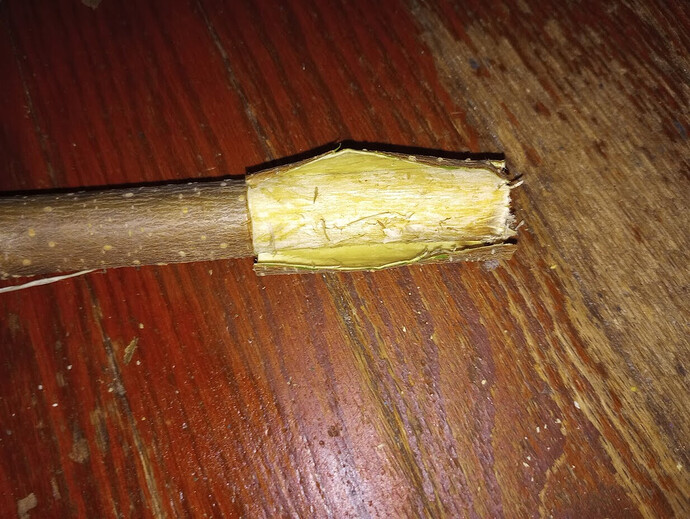 Thanks again goes to @BobVance and @Chills for this years grafting materials.

I see I never posted an update on the original subject of the post. She is now a large tree, who produced sweet white fruit last summer and is likely to do the same this year.

Still bleeding though not as rapidly. 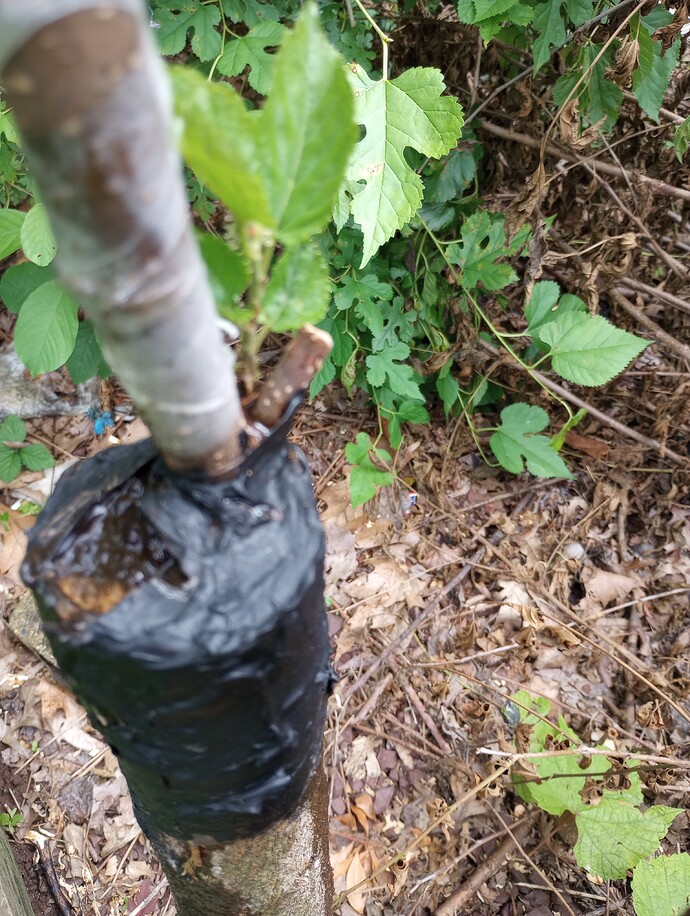 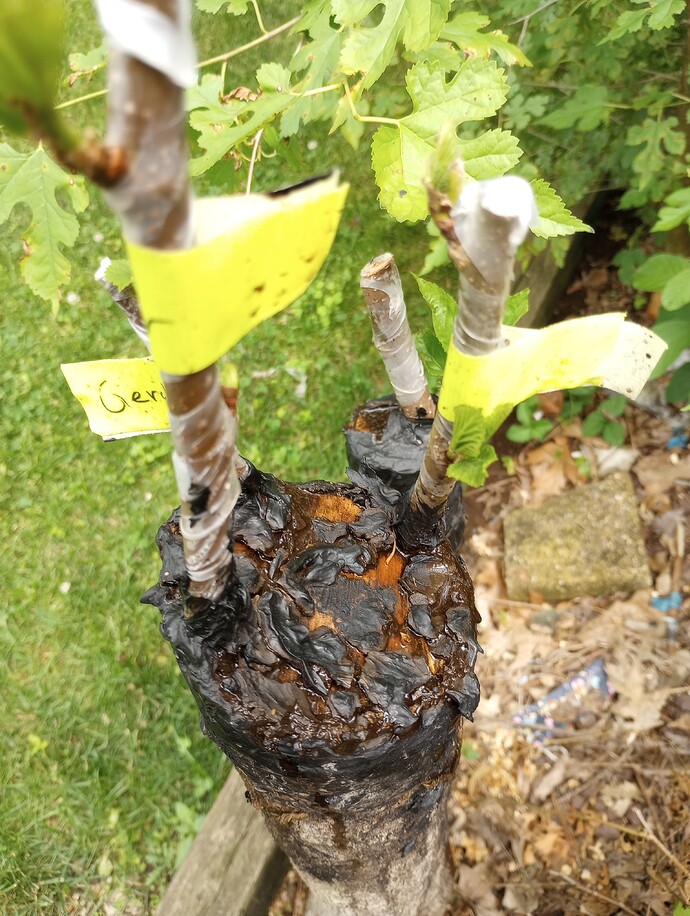