Muscadines looking promising for me

I meant to post on my muscadines a few weeks ago. Maybe I did, but I can’t find it now.

I am slowly getting more fruits. This year I had several clusters worth. I have half a dozen varieties but this year I only got Ison and Darlene. The first lesson I learned was leave them hanging a very long time, they color up well before they are ripe and they are no good before they are fully ripe. But once they are fully ripe I was really surprised at how good they are, they have a huge amount of flavor in all sorts of dimensions, nothing like the bland store grapes. The texture was too much like Concord but I could put up with it for the great flavor. I am looking forward to making jam with them when I get a big enough harvest, they should make some awesome jam.

Ison is a dark-skinned grape, it was really great, lots of flavor with some really rich dark overtones. Surprisingly good!
Darlene was also good, its a bronze one good but not as good as Ison.

I didn’t test brix but it was over 20. Nice fruits! Most of the varieties have had no hardiness problems at all, but a few have not done well. Carlos and Tara both died back at some point but all the others took down to 0F and harsh winters (for me) without batting an eye. You do need a long summer to ripen them well.

Do muscadines need a pollinator? And do you spray yours at all?

I am zone 6 and I didn’t think I could grow muscadine a. Do you protect them for winter?

Muscadines are either self-fertile (both male and female parts on each flower) or female. Most of the better vines are female but there are a few self-fertile ones that are good. I have four females and two perfect-flowered ones - Ison and Tara are my self-fertile ones.

They don’t need any spraying, but I may hit them with whatever I am putting on my other grapes. Thats their big upside, they are not really worth growing for other reasons as they have seeds and tough skins so are more processing grapes. For some reason the birds also stay away from them, maybe its the thick skins.

@Derby42, I don’t need to protect them because it almost never gets below 0F here. They would not be too difficult to protect, just take off the trellis and throw something over them. You would also need to look into the season length. I have almost a month before frost where I am on them so maybe it would be OK in some z6 areas.

I’ve never had any kind of grape that I’ve liked half as much as the average muscadine. For just eating straight the tough skins don’t bother me at all, because if you just point the grape with the stem scar toward your mouth and the squeeze the flesh will just pop out into your moth. And the seeds don’t really bother me either. The seeds do slow you down, but so do lots of great snacking foods: fresh “green” boiled peanuts, pistachios, really any kind of nut in the shell, shrimp in the shell, chicken wings… The skins and seeds do mean, however, that I don’t use muscadines in a fruit salad or anything else like that where they haven’t been processed but also aren’t eaten individually with the fingers, but for eating straight I think they’re the best, and as Scott said, they’re a great processing grape, too.

Floyd, personally I agree with you - I really enjoy eating them fresh since they have such fantastic flavor. There are relatively fewer seeds for how much flesh you get since they grapes are big. I like the flavor in the skin so I often just chew it for awhile then spit out whats left.

But, based on my experience most people prefer standard grape taste/texture/skin.

Love my Muscadines explosive complex flavor on the ones I like best. Most are not just sweet. I often eat seeds and hull/skins as well. If you google on the seeds there are extracts capsules etc… lots of healthy offerings so I must be healthy. Sometimes get some with a little to much Tannin? type taste

Do muscadines leaf out later than bunch grapes? Here bunch grapes usually get frozen out in spring once or twice.

Also I wonder how they’d do in a dry climate with near neutral pH soil?

Holy Cow! I just googled ‘Muscadine’ grapes and clicked on images. They are huge I cannot wait to plant them next summer. Jammmmmmmmmmmmmmmmmmm. Scott they look fantastic, please suggest two varieties that will work for me please (for pollination, flavor and size). Thanks so much.

Mrs. G, I’m not sure you have a long enough season to ripen them. They ripen well after Indian Free peach for example. If you did want to try them, the two that I have fruiting now are very good: Ison and Darlene, and Ison is self-fertile.

I was just out in the orchard and there were a few straggler Darlenes and I checked the brix … it was 22, which is pretty good!

The brix reading is really high for a grape. Much higher than my Concords. The grapes are also just beautiful to look at. Thanks so much. Its worth a try. I have a warm, protected corner next to the house.

Muscadines grow great in my area. There are wild ones growing everywhere but the best ones are the named varieties.

If you have never made a concord-grape pie. Rummage around on the internet and build at least one, once for yourself.

I can’t imagine why they wouldn’t work for muscadines.

That is one of the best pies ever!

I’ve been thinking of trying a collapsible trellis so I could protect them in winter. Is Early Fry the earliest ripening variety?.

Ztom, why take muscadine down?

why take muscadine down?

Muscadine are supposed to be hardy to around 0 degrees F. NE Ohio (where Ztom is, I think) ranges from zone 5B to 6B, both of which routinely go below zero degrees F. So, one way to grow muscadines is to cover them with leaves or some other insulator for the winter. I think that some people on here do this with their trailing blackberries.

I’ll probably cover at least some of my vines (there is a lot of growth low to the ground), but I probably won’t try to take them off the trellis. If it gets too cold, the tops will die, but the bottom should be able to come back.

Just talking about this, reminded me that I was going to try the anti-desiccant spray that @Drew51 mentioned last year. I think he was saying that it let his blackberries survive temps lower than they were supposed to be able to take, without any apparent damage.

Yes, I think the Wilt Stop anti-desiccant spray helped. I covered what i could with leaves too, but Triple Crown and other semi-erect blackberries could not be covered, yet survived with little to no dieback. I’m using it on my fruit trees, blackberries, and figs this year. Figs are in the garage, but just in case…
Fruit trees because we often get to temps that damage fruit buds. We were at -16F last year and my zone 7 blackberries not only lived, but fruited. My trees lost 60% of their fruit buds, some made it, they all should have died at -16F. Damage starts at -10F for peach fruit buds. Two years ago I didn’t use Wilt Stop, we got down to -12 and all my fruit buds died. The stuff works. 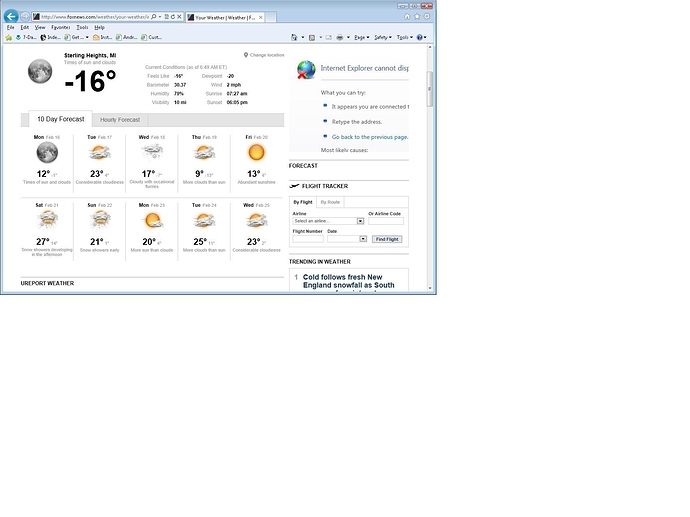 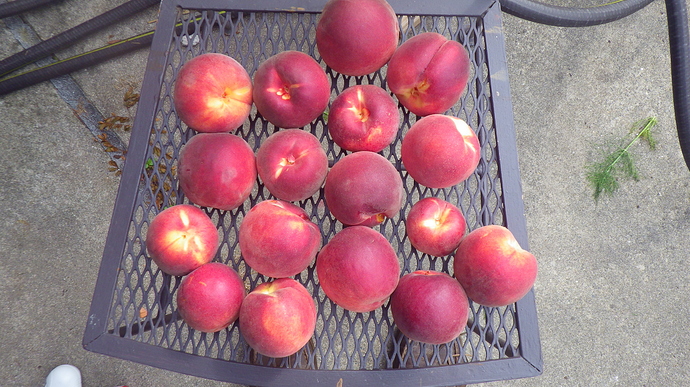 Drew, are those your Arctic-Glo? If so they are beautiful!

I’m using it on my fruit trees, blackberries, and figs this year. Figs are in the garage, but just in case…

I planted some figs in-ground this summer (from fresh cuttings from last winter). I’ll probably protect 2 or the 3, but for the 3rd I’ll try just the Wilt Stop and see how it does.

At what point do you apply the Wilt Stop? Around now, or when things start to get colder? The coldest low in my 10 day forecast is 27 F.