We’ve recently had a lot of rain here in North Florida and these yellowish orange mushrooms are popping up everywhere, any idea what they are? 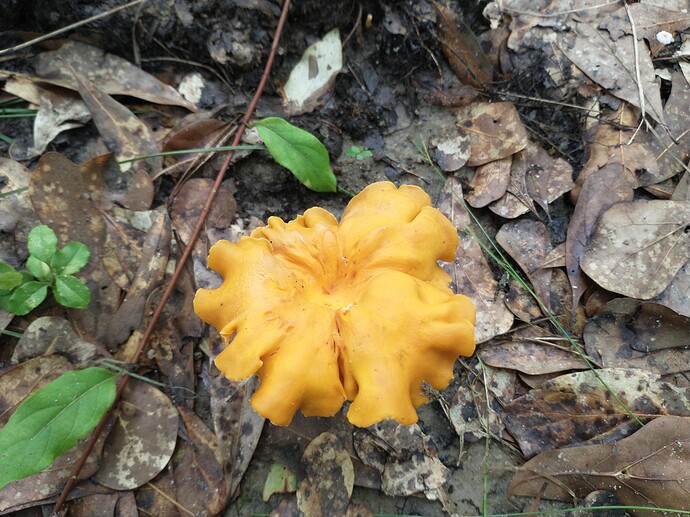 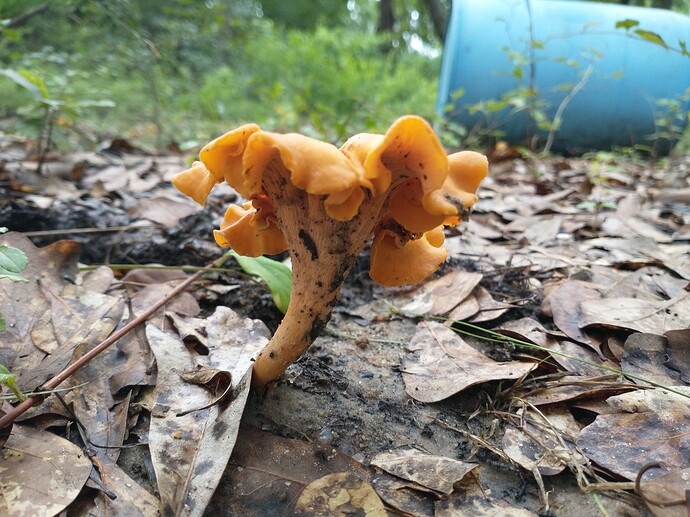 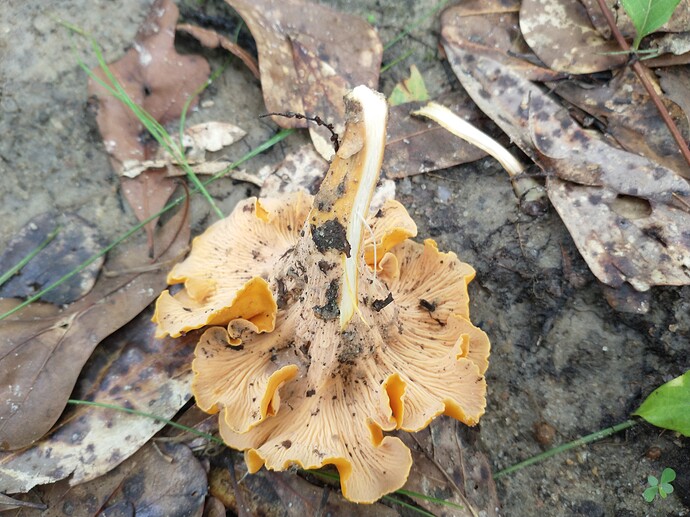 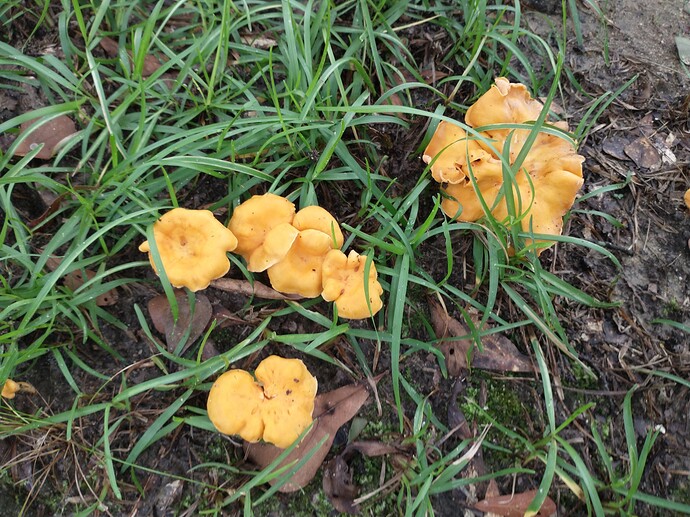 Looks to be , Cantharellus cibarius
A choice find.
Do your own independent ID.

Actually the id is pretty easy …
No real gills.
But ridges that fork. ( look like gills , but are not )
Descending the stalk .
Just don’t want to be held responsible for mistaken Id .
So look for yourself .

Thanks for the reply I’m a very cautious person. I’ll definitely spend some time to do research before I attempting to eat one even then I might still be scared.

they pop up under spruce and fir late summer here. very good eating.

Agree with @Hillbillyhort on both counts. I’d generally not be willing to ID a mushroom from a photo alone, but chanterelles are one of the few that I would. These are super excellent.

Before you eat, be sure to read these pages on their entirety for the key identifying features and info on the lookalikes:

I will say that mushroom ID is more about ruling things out rather than confirming your suspicions, especially if you plan to eat them. I would get a few guides out of the library. They’ll usually have a section that highlights the 10 or so truly dangerous ones. Learn those first. They’ll either kill you or make you wish you were dead, so you definitely want to rule those out. Most of the other poisonous ones will just give you a stomachache. Mushroomexpert.com has excellent ID keys that can help you rule out the possibilities until the only choice left is what you have collected.

But what you have there are almost certainly chanterelles. Like 99.9999% certain.

Oh, and one more thing. Chanterelles have a bit of a peppery taste to them, alongside everything else that’s going on. It’s quite nice, but can be disconcerting if you’re not expecting it.

They’re like finding gold coins scattered through the woods.

Chants, morels, puffballs and indigo milkcaps are the only edible ones that I run across that I’m totally comfortable IDing.

You ever find black trumpets? Nothing else looks remotely like them, especially in the July-Nov time frame that they’re out, so it’s even harder to make a mistake than with chanterelles. They’re probably my favorite wild mushroom.

I’ll look around, I usually don’t look for mushrooms but those yellow mushroom are everywhere so I figured I’d look into it. I seen some corpse mushroom in April, I definitely stayed away from them. 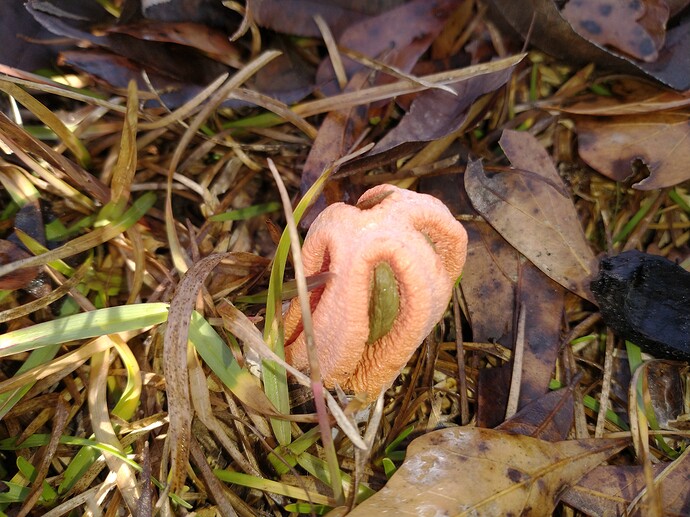 I didn’t see any black trumpet. I really don’t have time for research and to pick them safely now but here are some more that I found today. 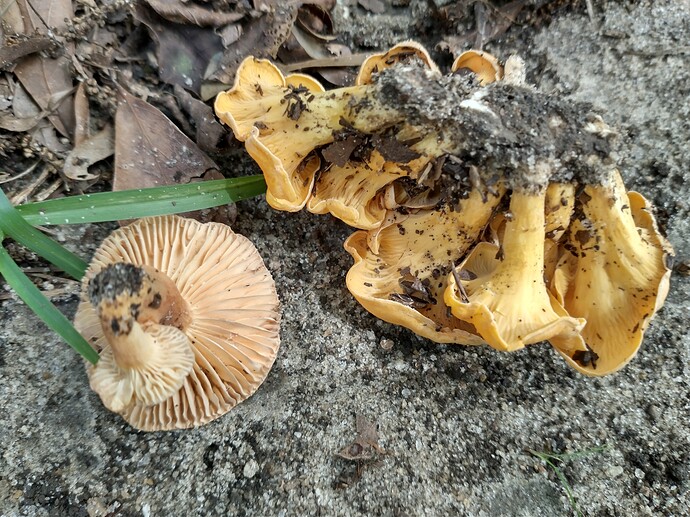 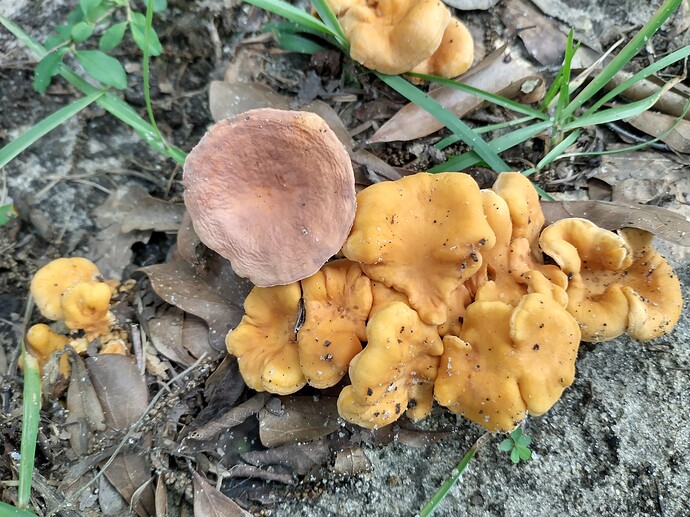 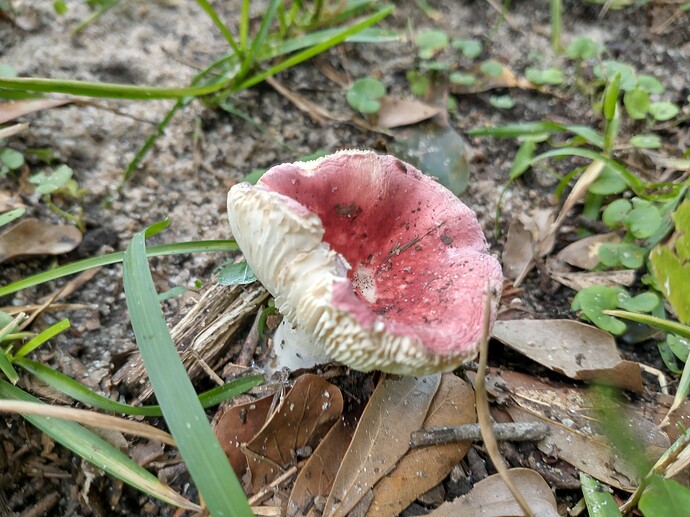 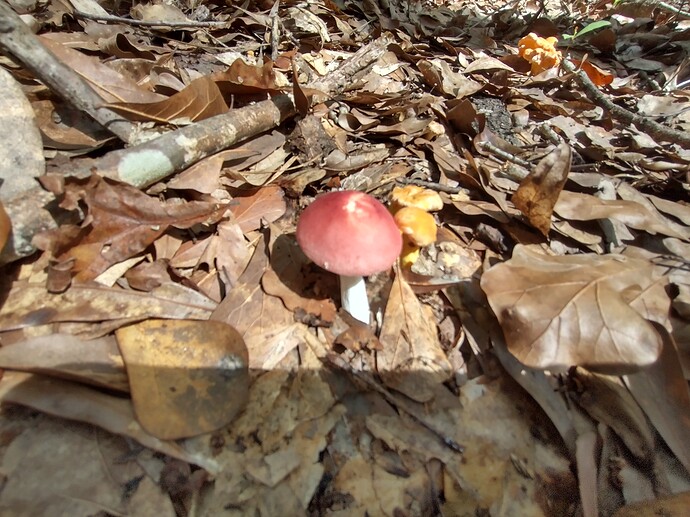 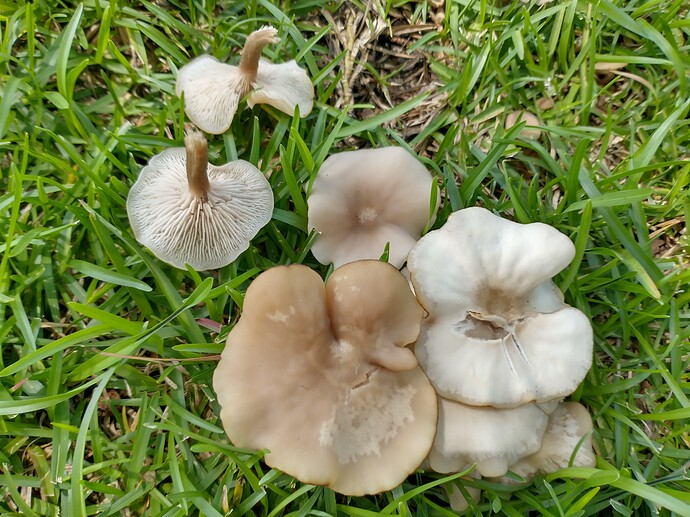 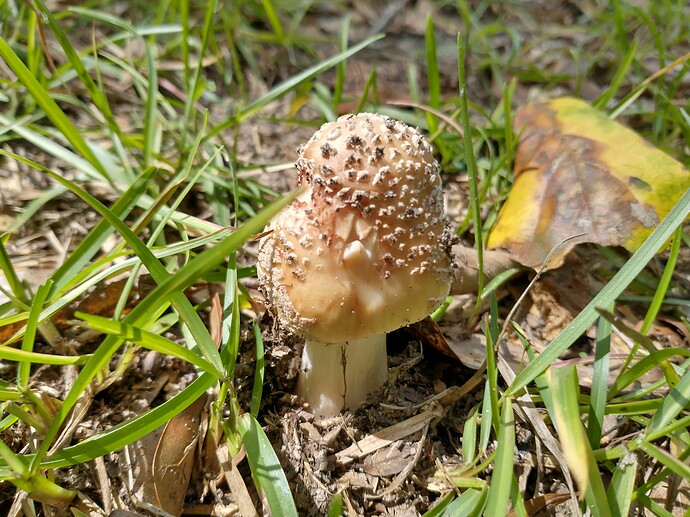 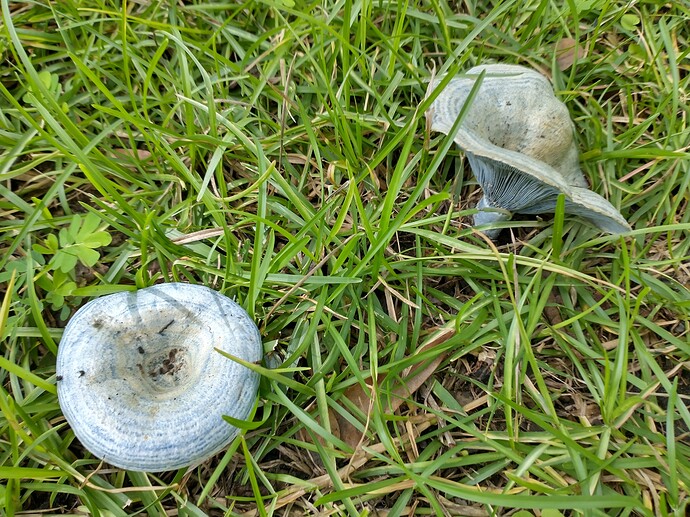 Nice finds! I believe the beige one with the chanterelles in pic one and two is not a chanterelle. Can’t remember the name offhand, but do you see how the gills are sharper and don’t really fade into the stem? It also looks to be exuding a white latex from the gills, which is indicative of Lactarius and a couple other mushrooms.

Two bottom ones look like indigo milkcaps…if you break them, the exposed flesh is vivid blue, but oxidizes to green. It’s an edible type, and quite tasty.

Thanks for the heads-up on the black trumpets, Jay. Raining here today…I’m hitting the woods in the next day or two to look for some…and chanterelles & indigos.

I would have guessed it was poisonous, but I guess you can judge a mushroom by its looks. 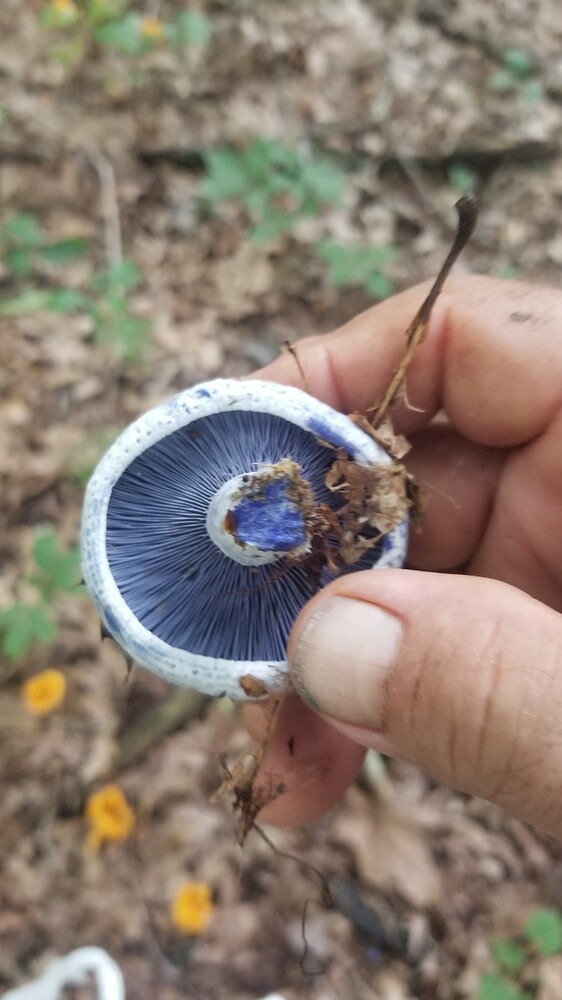 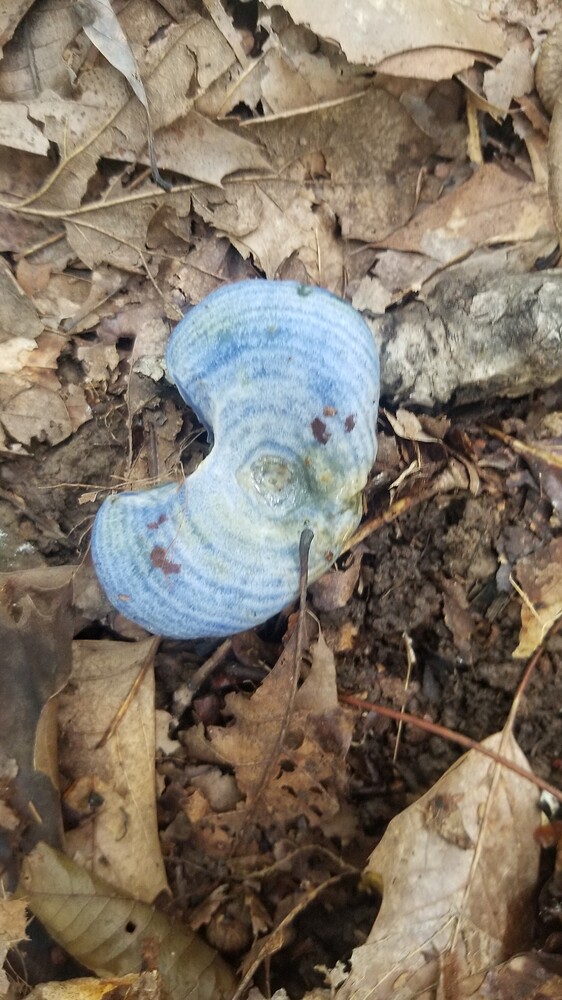 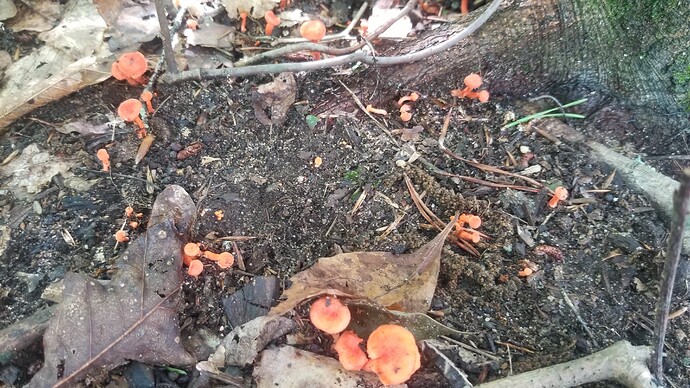 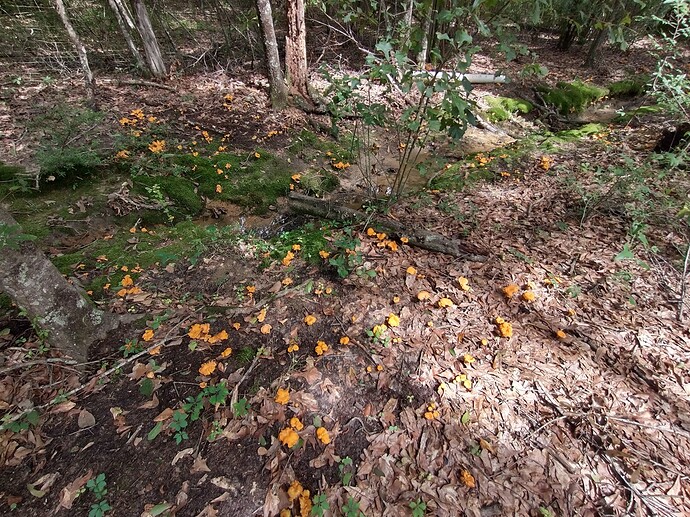 This is 1 of the spots, probably have 10 gallons in my backyard if I had to guess.

Nice! I’ve never actually found those, oddly enough. And for some reason, I only ever find a handful of the c. cibarius at a go. Lots of other things I seem to find in quantity, though.

@figerama You’re absolutely right about not judging by looks. Some of the tastiest ones look like you definitely shouldn’t eat them. Like bicolor bolete: red and yellow with flesh that slowly turns blue when you cut it.

Pretty, aren’t they?!
And…pretty tasty, to boot.
At first, I couldn’t believe they were safe to eat… I mean, blue?!