What is this? This developped very fast, after the flowers dropped. 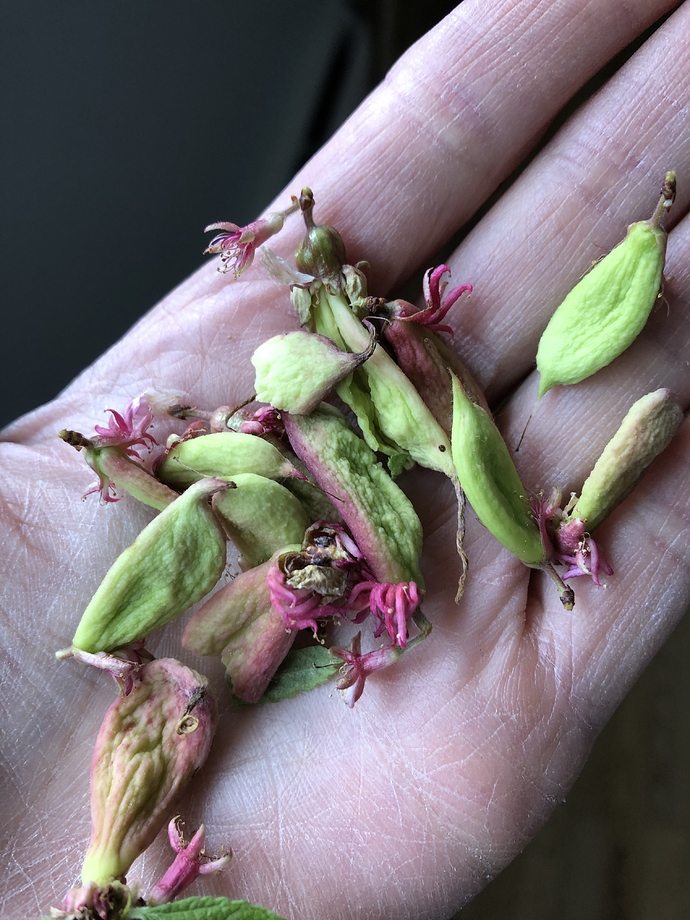 Jessica,
I know it sounds strange that Kansas gets this phenomenon also but only on very wet years. Its as if the fruits are filled with air. This only happens with plums which technically i consider nanking cherries to be part of. When it happens it happens on a large number of the fruitlets.

Thank you @clarkinks ! Do you think it’s a fungal disease? Or just some disorder? In other words: should I be worried?

Looks like Narrentaschenkrankheit. Thats how it is called in german. It is a fungal infection by taphrina pruni. It is worse in cold and wet years. Some varieties are more resistant than others. It can be treated by copper sprays for instance ( dormant spray).

Thank you! I think that’s exactly what it is. Seems to be called pocket plum disease! They really did developped like pockets.

That looks exactly like what it is. It is likely just a one year out of ten issue in Kansas but perhaps in Canada it happens more frequently.