I just watched this. Time well spent. The creator is one of our crew here and shares his experience generously. This one addresses neglected, overgrown trees: 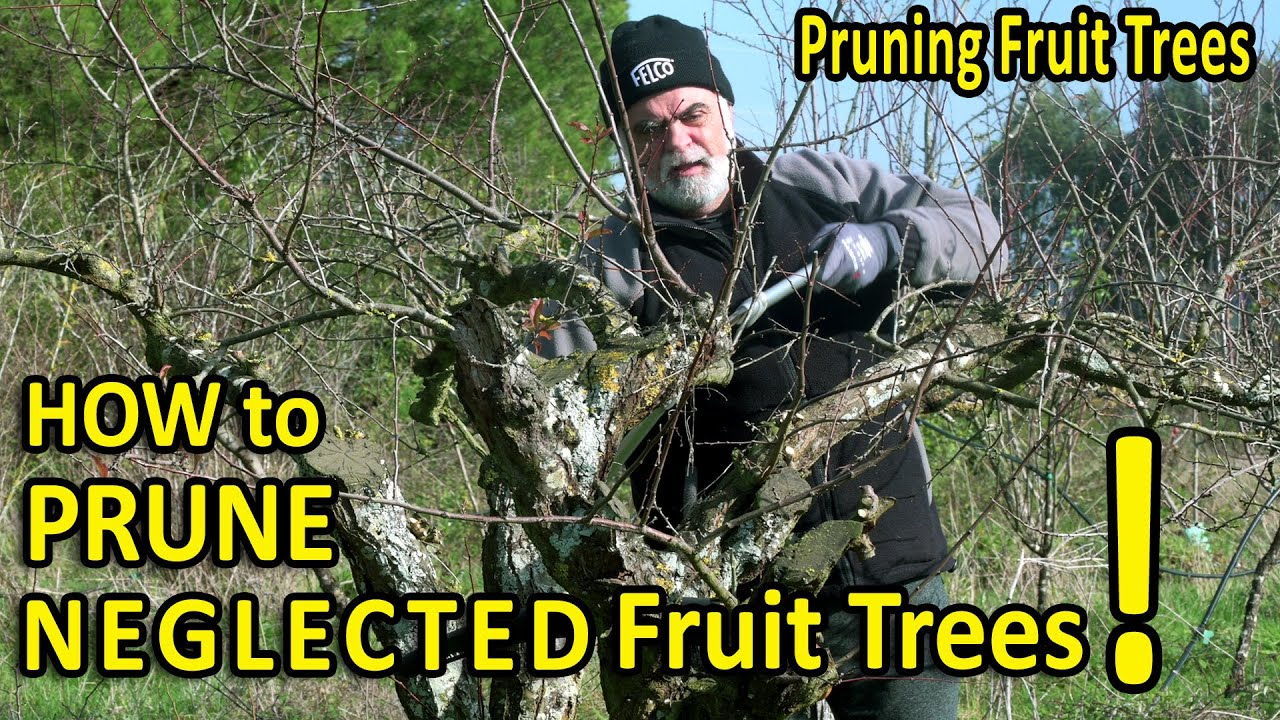 He’s got a sweet secondary gig as a social media influencer.

I watch all his videos.

I thought this was a really good video. The comparison across years was helpful. I also like this background music better

Relatively new to the forum so I wanted to subscribe to the YT channel…turns out I’m already subscribed lol…I knew the name sounded familiar. Great vid, thanks for sharing

Please, no stub cuts! No using pole chain saws on short trees. I get it- commercial growers don’t care how a tree looks, just how it produces. However, most of the cuts he’s making with that power tool can be made about as quickly with a good hand saw because you can be holding the branch with one hand and cutting with the other, pulling it away from the tree in more or less the same motion. It is also better exercise for your own body and contributes to a generally more tranquil neighborhood.

Commercial growers around here don’t use compounds to treat pruning cuts- he seems to be demonstrating doing that while suggesting research rejects it, but my hearing isn’t great, maybe someone can explain to me what he’s doing. Perhaps he’s using Lac Basalm.

That is a J. plum he’s pruning, right? Around here, most pruning of neglected fruit trees involves apples. The best thing about the video to me is that it encourages aggressive pruning on vigorous neglected trees, something most people are reluctant to do. They prefer to cut small wood and leave larger wood alone.

Unless you prune for a living or want to make extra money pruning trees on the side its way overkill…and not needed.

I have to agree with all those observations. The stub cuts were annoying, and I don’t like the sound of chain saws either.

He seemed to argue that because of the very high humidity in his area (Portugal?) he chose to use a pruning seal, while observing that it might be controversial. I suppose it has worked for him for a long time.

The Youtube video did allow for closed captions, which may help. (My wife has never had good hearing and it hasn’t improved in her 70’s - but she doesn’t read the closed captions because, I guess, they distract from the shows!)

Plums, yes. I was impressed with the way he opened up the tree to where he could throw the proverbial cat through it and his willingness to remove a lot of wood. I’m guilty of paying too much attention to small wood and not enough to larger wood. May be why I have so many small apples.

Just to differentiate-- there is evidence that treating large cuts with a fungicide paste is beneficial, but pruning sealant is a bad idea.

That tree was dense. For me that pole saw would save me from being poked in the face by branches. I have a cheep electric pole saw that I would not use since it tends to bounce on the smaller branches making a rough cut. His was making nice clean cuts.

Could you source that please? I’d be interested in knowing more about fungicide pastes and if you’re aware of some particular information I’d appreciate being pointed in that direction. Thanks.

Stub cuts, a lot of them. Wear goggles, IMO, it is always better to be as close as you can to your work- quicker and more accurate. You can always clear a path with some loppers.

I’ve probably spent 5-10 times as many hours of my life pruning fruit trees as he has, so I’m entitled to my own opinion, as is he. I’m built much finer than he is and as an arborist I’m built for climbing, he’s built for the ground so I can maneuver more easily through branches. I rarely use pole saws of any kind- I’ve seen some make very efficient use of them. Just a week a go I was teaching some arborists how to prune fruit trees and they used tri-cut short pole saws for the job. It worked plenty well enough, but I’m a bit obsessive on pruning in the Shigo way. Have to say, not much true damage generally comes from leaving stubs- most species of trees defend themselves pretty well against rot.

I rarely prune commercial orchards (the pay doesn’t tend to be that great, nor the standards that high) and even if my clients often don’t know the difference, there will be arborists who see my work and like me, most want to see “perfect” cuts. Reputation often determines wage and some arborists would consider his work butchery. I consider it efficient and knowledgeable, although humidity is as better reason not to use a seal as use it if you understand how trees defend themselves from rot, IMO. The only researched basis that seems to support it is to prevent easy insect passage into the wounds, although my knowledge may not be current. I’m pretty sure it is on how trees defend themselves from rot.

My experience is in grapevines but it looks like there’s some cross-over with certain fungal pathogens like Botryosphaeriaceae. 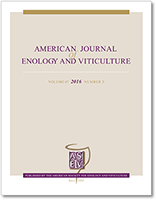 Evaluation of Pruning Wound Susceptibility and Protection Against Fungi...

Trunk diseases diminish vineyard longevity and productivity in nearly every raisin, table, and wine grape production region worldwide. Fungi causing these diseases infect primarily through pruning wounds. One way to control these diseases is to...

A pruning seal is not the same as a fungicide paste. Question is, how would a paste keep the fungicide active? How would it be better than a simple spray of a whole tree. A paste wouldn’t seem to increase its efficacy and may stop wounds from being able to dry out,

Or are you even talking about pruning sealant? I’m a bit confused.

Pruning wounds are well known to be possible entry points for many pests, the problem is that sealants don’t seem to offer protection from most of them. Whatever problems pruning wounds cause, the only ones to meaningfully affect trees I mange are crown gall and probably fire blight.

I really appreciate videos that follow the course of the tree over years. I know it is probably a pain for the producer but it is helpful for me to see the result that one is trying to obtain.

I was pointing out the difference just so the casual observer would think to ask “is that a sealant or a fungicide paste?” Maybe that’s obvious and unnecessary.

I suspect most of the recommended fungicide pastes, like Topsin, are systemic so the paste probably just helps with rain steadfastness.

TM is not systemic, and it also isn’t a paste. Apparently they mixed fungicides with a sealant in the experiment. Not enough of the experiment was described to understand whether the paste made it more affective than a simple spray (which is all one can legally do, I believe).

I suppose if you are trying to keep fungicide off the fruit there is motivation for doing the labor intensive job of treating individual wounds, but it seems like it would be too expensive for grapes.

The only thing I can find about tree sealants containing fungicide were about an experimental product called Nectec, which never reached the commercial market- or at least I cannot find it.

Topsin, like all MBCs, is systemic. Though it is only transported through the xylem. And a surfactant like Tactic would probably work better than a paste. I know a grape grower who experimented a bit with using a fungicide during pruning but it hasn’t caught on-- mostly due to labor but trunk fungal pathogens also aren’t (usually) an immediate threat to grapes. Only way I could see it working is if they were spur pruned and you airblasted the pruning zone with a fungicide along with a dormant spray (which also isn’t common).

I didn’t think any of the older materials were systemic and have only read about SI’s being so- at least of fungicides I have seen in commercial production guides (which I’ve haven’t been reading for a while). How much power does its systemic action provide- does it not need to be reapplied after heavy rain?

Thank you for pointing this out to me- I’ve been reading Cornell guidelines for decades and never noticed any reference to its systemic property. I’m hoping it is similar to the SI’s I use. Does it have any kickback? That’s probably too much to hope for.

The grape guidelines describe Topsin as “protectant, some post-infection, some anti-sporulant”, but it is one of the first single site fungicides so it really isn’t used commercially due to widespread resistance. For backyard growers I could still see some usefulness though.

We have a new pest called Marsoninna Leaf blotch causing very early defoliation of apple trees. It likely will be helpful for that and I’m confident that in the orchards I manage it will also be affective for summer cosmetic damaging fungi. I’ve been thinking about purchasing some for the last two years, but I have a reserve of Flint to use up. I use it with Indar and Captan for MSB and sooty blotch.