New lead may do more than save the honey bees 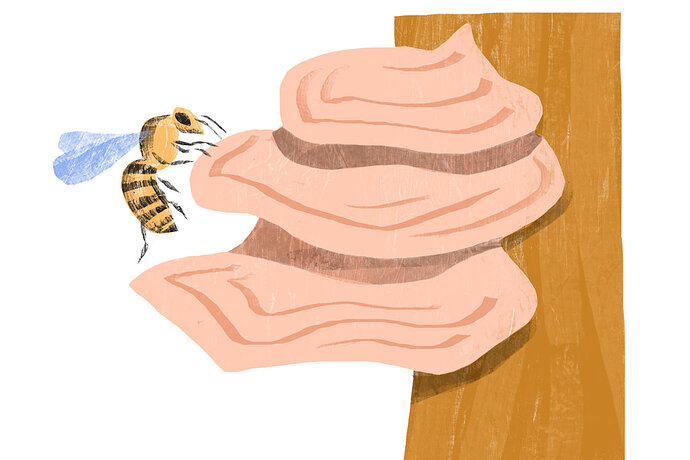 Opinion | Will Mushrooms Be Magic for Threatened Bees? (Published 2018)

We might be able to save honeybees from viruses transmitted by invasive parasites without chemical treatment.

If it protects bees it might work for humans too. Our ancient ancestors used it. Myclopharmaceuticals may be the next biological medicinal breakthrough field.

Interesting and it gives one hope! I’ve got some good-sized conks that come back on one of my maples every year. Maybe I should lean more about them.

I do have one quibble about the article though, and it is one I have with lots of otherwise well-written articles. It’s this useage:

“significantly reduced these viruses in honeybee colonies, in one field test by 45,000 times,”

To me that’s nonsensical. Do they mean to say that they reduced viruses to 1/45,000? Because they didn’t say that.

Well, so as to not hijack the thread I’ll stop now. But that particular peculiarity just rubs me wrong! It ain’t right, and that’s that.

Interesting, if slightly off topic. Certainly worthy of its own.

I’m easy, as we used to say (and sometimes sing- don’t get my mind started with that tune).

Paul Stamets has a solid reputation as a snake oil salesman.

No worries at all Alan, As far as I am concerned you are good people and my issue is with Paul.

Anything he says is at least possibly bullshit, which means that Either he says something like this and it’s complete garbage, or it’s actually real and important, and tainted because of the messenger. That’s why I dislike of a guy.

I am interested in shrooms to eat. Maybe this forum should have them as one of its topics. Paul might not enjoy the terrain here because we try to divide the anecdotal from the more researched information. The idea, as I see it, is to let us share our own observations that are not research based but not to pass on non-researched assumptions of people outside the forum as if they are established fact.

Researched horticultural conclusions are enough of a minefield, as there tends to be so many variables in horticultural study. We end up having to take all outside information with a grain of salt and match it with what we see with our own eyes (and taste with our own palates) on our own soil in our own climate.

As a long term (49 years and counting) beekeeper, I am underwhelmed by this pseudo-science. That the virus load was significantly reduced was not proven to be correlated with fungi feeding. It could just as easily have been random variation that occurs in all bee colonies. Consider me as “proof needed” as I won’t outright dismiss this as snake oil. Regardless, it is a less than desirable solution since something still has to be fed to bees to keep them alive.

Varroa can be kept at bay with bee genetics. I have not treated my bees for varroa since the winter of 2004/2005. My bees express very high levels of hygienic varroa removal. If more beekeepers bred for varroa resistance traits instead of treating with the current chemical du jour, we would not be having this conversation.

I actually didn’t look at the writer’s credentials or whether his research is published. Now that I have I see what probably would have stopped me from posting this article- it is not based on a scientific paper at all nor associated with any university. No wonder it is in the opinion section and not the science section of the paper.

Careless of me, but still an interesting article.

just a observation. i grow a mycelium bed of wqoodchips colonized by wine cap mushroom. I’ve noticed several times when i dug the mycelium and put it around my plants, the bumble bees are all over the mycelium before i bury with more wood chips. it appears they are eating it. Dr, Staments writes in one of his books about this same thing happening on his property with honey bees. there may very well be something to this. they are eating it for a reason.

I agree with most of the above comments , more or less.
I also think Paul stamens is one of the best mycologists of this era.
I think his book " the mushroom cultivator " is one of the best.
Iam somewhat disappointed in the info in his catalogue .
He is trying to make a business out of fungi , these things are very misunderstood by most people. And may be he is trying to keep it simple sounding, so as not to make it complicated.
( just as the chemical company’s sell us the "supper, duper , magic dust bug killer with all the pretty pictures, active ingredients in fine print.
And no reference to the science behind it all. ")
The science is there behind most of it.just too complicated for the average person.
Paul is pushing the envelope with fungi , thinking out side the box for sure.
Many of these are not as easy to grow as he makes people believe.
Many of his claims may be exaggerated .
I do give him a lot of credit for promoting the use of fungi, often in novel ways .good science can be with out all the charts ,grafts, and university study’s . Often ,simply ,careful observation is the key.
He is paying attention .
Fungi , most of which have yet to be identified by science, have many useful compounds in them, a vast resource , we have only scratched the surface of. I believe he is just trying to draw attention to this potential.
We lost Gary lincoff this year. A great guy !
The world needs more people like Paul and Gary, thinking out side the box .

A quote from the article;
("Our hypothesis — and that’s all it is, we don’t understand the mechanism behind the results — is that extracts of wood conk mushrooms strengthen immunity to viruses. More study is needed. ")

So actually he is not making any outrageous claims here.
Basically he is saying here is an idea, we should look into this.

There are charts and grafts and stuff ,looks to be well documented .
It’s a start anyhow.

Hillbilly, with nothing but respect intended, My issue with Stamets Is his exceedingly reaching clams and poor validation, coupled with a lack of documentation. He absolutely changed mycology…And then turned to snake oil IMHO; There are quite a few reputable companies out there that sell cultures and list passage number, strain info, etc. So I do not believe it’s an issue of him dumbing it down for the rest of us so much as an issue of lazy documentation and or sleight of hand. Given what he has brought to the field I am reluctant to dump on him just as you are, but it’s sort of a matter of calling a spade a spade. Gallo brought a ton of information into the field of retroviruses, he was still a plagiarist and a piece of garbage in the end. I’m not saying Paul is Gallo by any means But he’s sullied his own contributions.

He probably deserves better recognition from me, but the work is done and the industry he’s built Deserves far better from him then he has offered it. I truly wish it was different, he has considerable reach

There is a lot of hypothesis … in magazines. American Bee Journal and Gleanings in Bee Culture.
Since there isn’t a lot of money coming from it, nobody grants a few million dollars for some university to study honeybees. (But they will with apples or corn.)

, nobody grants a few million dollars for some university to study honeybees. (But they will with apples or corn.)

I think you’ve typed this without considering the fact that the economic importance of honeybees has very little to do with honey and mostly to do with billions of dollars of crops that require them for pollination.

No, just stating facts. There is a point that probably ought to be made that pollination is more important than honey. But I gave my comments based on reality. I contributed to both those bee journals I mentioned for about a decade some 20-30 years ago. Kim Flottum was still wet behind the ears then at Gleanings. 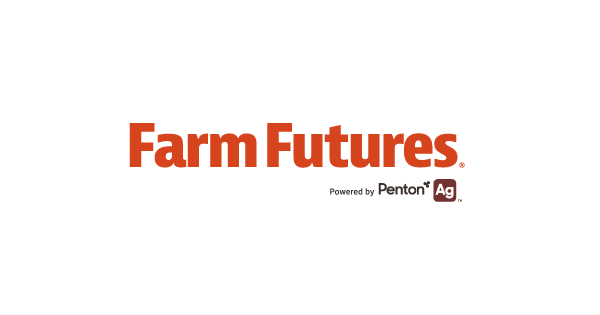 University of Georgia will lead the way in studying Colony Collapse Disorder. 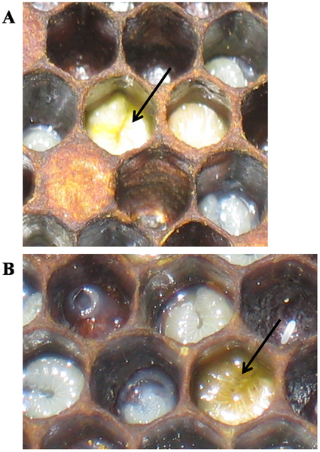 Background Over the last two winters, there have been large-scale, unexplained losses of managed honey bee (Apis mellifera L.) colonies in the United States. In the absence of a known cause, this syndrome was named Colony Collapse Disorder (CCD)... 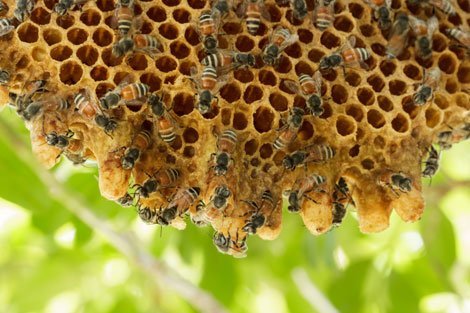 The very first link discusses 4 million in research money supplied by the USDA.

Millions have been spent on research in the last decade- I just don’t know how many millions, but around the world I bet at least 100 million based on a quick search.

Am I missing something? I really don’t have much personal knowledge on this subject.

Oh, I guess I get it, you are talking about the specific research pertaining to mushrooms and how they may be used as treatment- right?

My guess is that this will be studied further and plenty of money will be used for the purpose as the connection is spread throughout the scientific community. Of course, there is always a lot more funding available when the solution leads to a patented commodity.

That just comes with the territory of corporate funded research- which is probably a strong argument for a certain amount of public funded research in a wide range of categories pertaining to public interest and the general public good.

But that discussion belongs in the politics category.

Alan, I have to agree with Blueberry on this issue. Bees and beekeeping have had short shrift for research funding in the U.S. for the last 50 years. There used to be extensive programs at Cornell for example. When money has been allocated for bee research, it has been a knee jerk reaction such as the colony collapse funding you linked. That does not make up for not having a nationwide program for apiculture research. The only significant research effort today is the USDA facility in Baton Rouge. There are a few state level programs, but nothing on the scale of what was being done in the 1960’s and 1970’s.

Point well taken, although not quite what blueberry articulated.