No effect on bloom date

I grafted a plum x cherry hybrid to a late blooming cherry in hopes of delaying its bloom. The hybrid ignored the cherry and it bloomed normally and still ahead of the cherry. So I failed to achieve what I wanted. The grafting is still a success and still hope to get fruits from it. I didn’t intend the graft to have a big branch, just a test specimen, so it was grafted near the terminal end of a small stock branch. 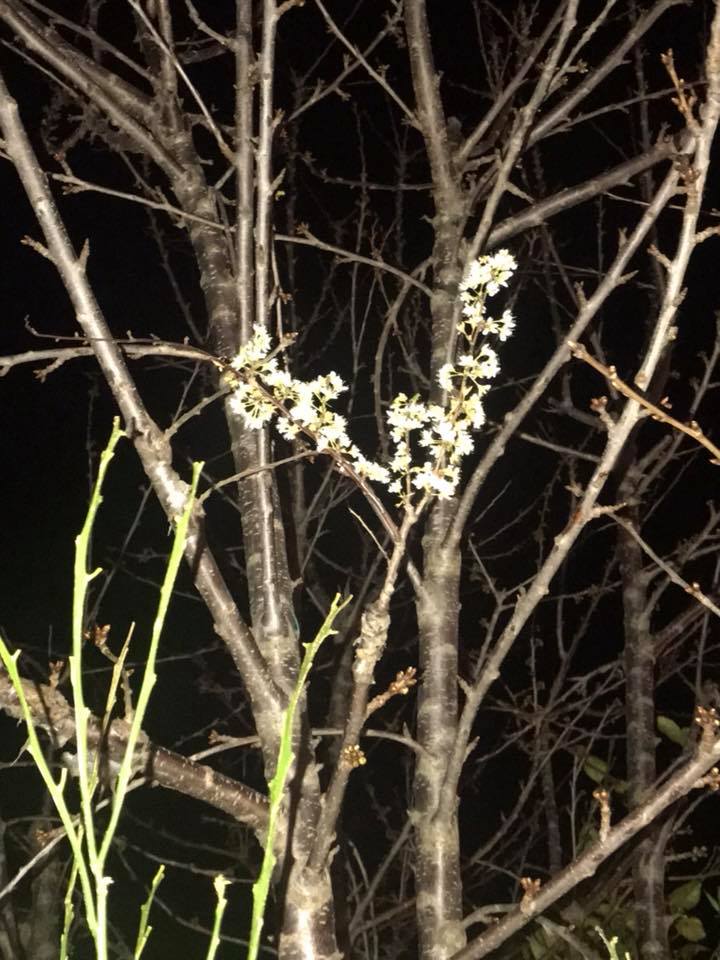 Well you learned something! I think you could develop that branch anyway.

I wonder were the scion draws its energy from. Does it bloom on its own resources or is it supplied by the “rootstock” regardless the fact the rootstock is still somewhat dormant? Must be the latter but still it is a suprising view (blooming scion on a dormant rootstock).

Another theory is brewing in my head. I am thinking that the late blooming stock have kept the scion precocious and dwarf as the early blooming scion is forced to draw from the half dormant stock (only had swollen buds) and the stock didn’t have a lot of juice to give yet. I might try a more scientific backyard experiment with replicated branches to verify this next year.

another theory early dormancy in the stock might have lead to a higher then normal level of carbohydrates in the scion. Allowing it to break dormancy faster.

Cut peach branches are popular in floral arrangements. There cut dormant and kept that way till there needed. A clear indicator that the branch has plenty of reserve fuel to get it self going in the spring. Likely also explains why apricots even though are technically hardy die to cold so frequently, the branch uses up its energy before the root stock is ready to provide more.