I have two Romeo saplings from last year’s root cuttings displaying an odd phenotype which I’m guessing is just the growing condition?

The leaves are petty huge, larger than on full grown bushes, and other saplings actually tend to develop smaller leaves. They are a lot more tender than they should be by now, even though they have been on full sun all along. I would think I have been over feeding them but their coloration is much lighter than other saplings. Their texture is also a lot more flat like eggshell, all other Romeos have glossy leaves, even the ones coming straight from the ground. 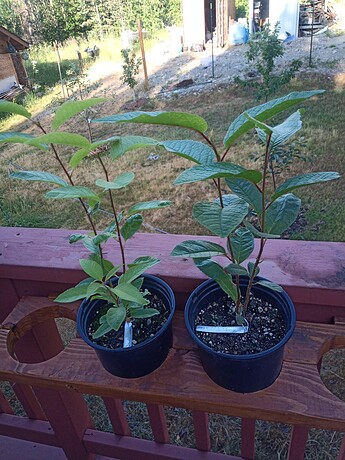 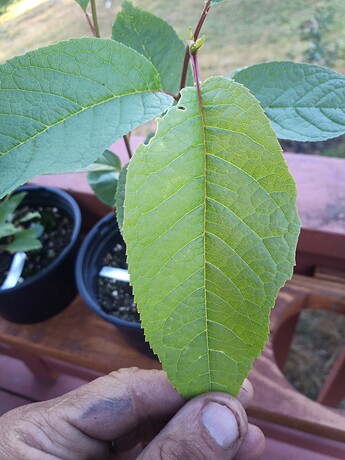 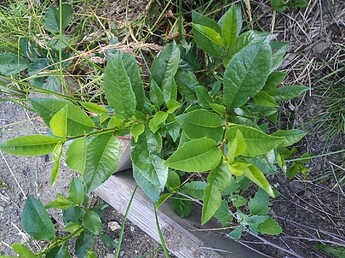 I agree Don. I’ve seen “tons” of stuff like this.

I bothered to ask because I figure if I don’t talk about it I’ll never find out what I don’t know.

They’ll return to the parent leaf shape/size. That’s all I can say.

I imagine as much but I’m wondering about the effect on winter hardening. Here in Alaska it is counterproductive to over fertilize plants; nitrogen fueled aggressive green growth is less hardy and can lead to higher mortality rates.

It’s vigor from returning to juvenile speed/growth I assume.

It’s always been said Don that collecting scions from the canopy produces juvenility in grafting. Side shoots don’t produce the juvenility and often have a harder time growing apically.

That’s probably the difference in leaf shape of others of the same cloning done of the same ‘example plant’.

A good root system might throw larger leaves is a guess. You certainly got more vigor on those root divisions and grafts and/or cuttings /air layers and on and on.

Juvenility has a lot to do with larger leaves is my go to impression of all this.

Juvenility has a lot to do with larger leaves is my go to impression of all this.

I’ve noticed that with local wild cottonwoods when they’re young as well as on the younger branches of our big sycamore maple (acer pseudoplatanus).

also could have to do with you using root cuttings. has more energy to grow more vigorously.