Been growing Charity mahonia for the last 3-4 years. I find little documentation of its edibility but I’ve eaten it in quantity. It is a seedling cross of M. japonica and M. lomarifolia. Both are edible so i decided to give it a go.

I find Charity to have a nicer, slightly sweeter flavor than our native mahonia I’ve foraged over the years. Not that they are sweet enough to eat out of hand for most. I do, but I like sour fruit.

Another good quality about Charity is it flowers and fruits heavily. Most native plants, you’d be lucky to get a pound but Charity would provide several at maturity.

A pic I took last night: 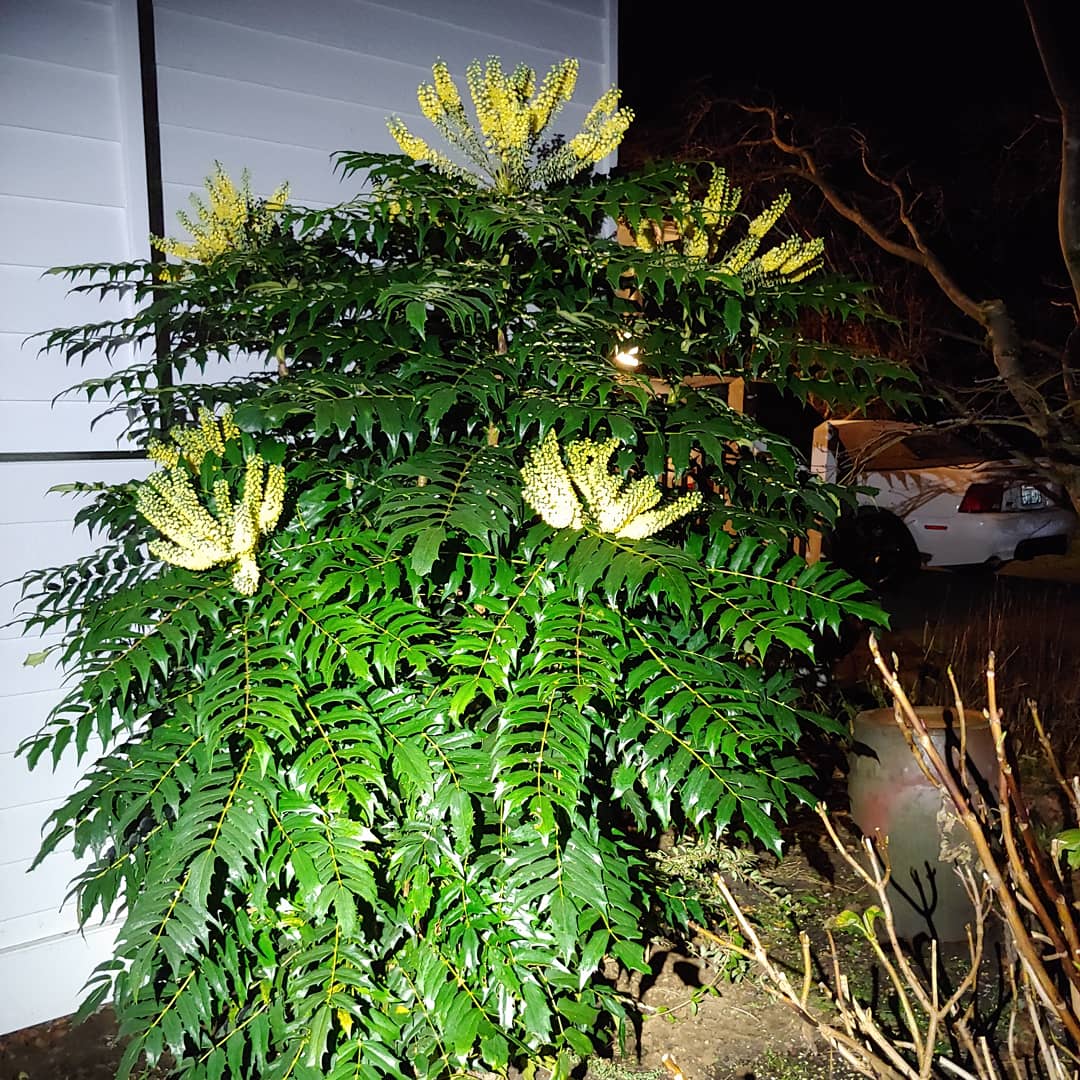 Any chance you’d be willing to share cuttings? I assume it roots relatively easily?

Edit: Nevermind, I misread the post and thought this was M. aquifolium crossed with the Charity hybrid. Still very interesting!

I have found over the years that the native species types’ fruit becomes sweet late in the season when the fruit begins to shrivel. Then they are like raisins or dried currants.

I had a Darwinii barberry for years that had sweetish fruit prior to shriveling. A large enough quantity (pints or more) can be juiced.

Can you explain the flavour and taste of these i have never tried them?

They remind me of very sour grape with some sour raspberry flavor. I don’t want to oversell them. They kind of taste like a sour honeyberry if you’ve had that. Still good though.

I’m not aware of any that are not but Plants For a Future is a good place to look if you know the botanical name.

Thanks for the link. I misread last night.